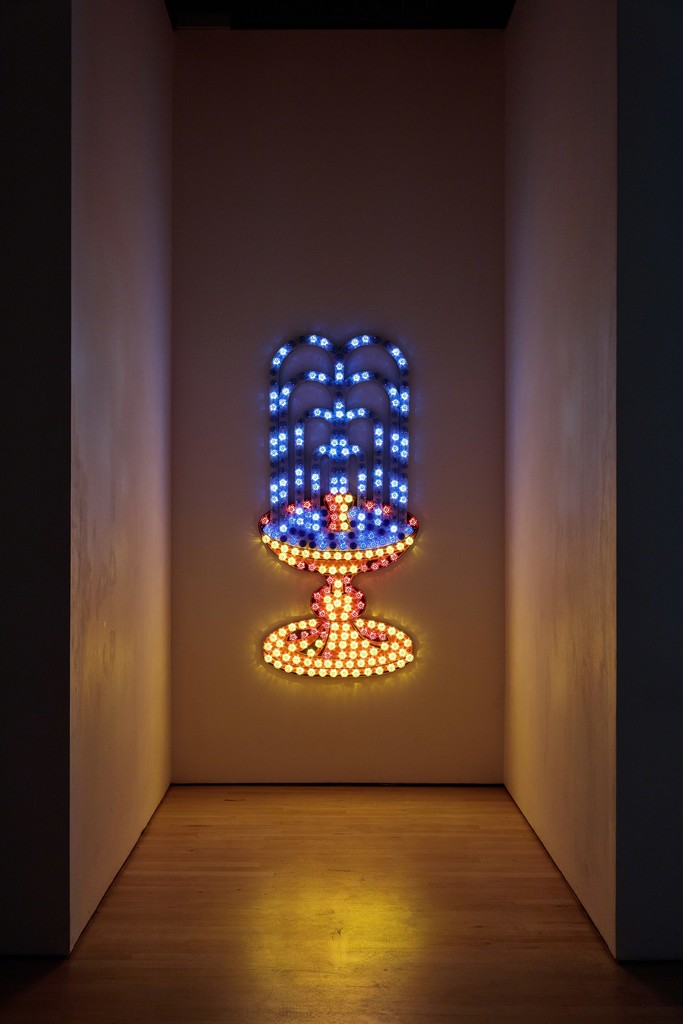 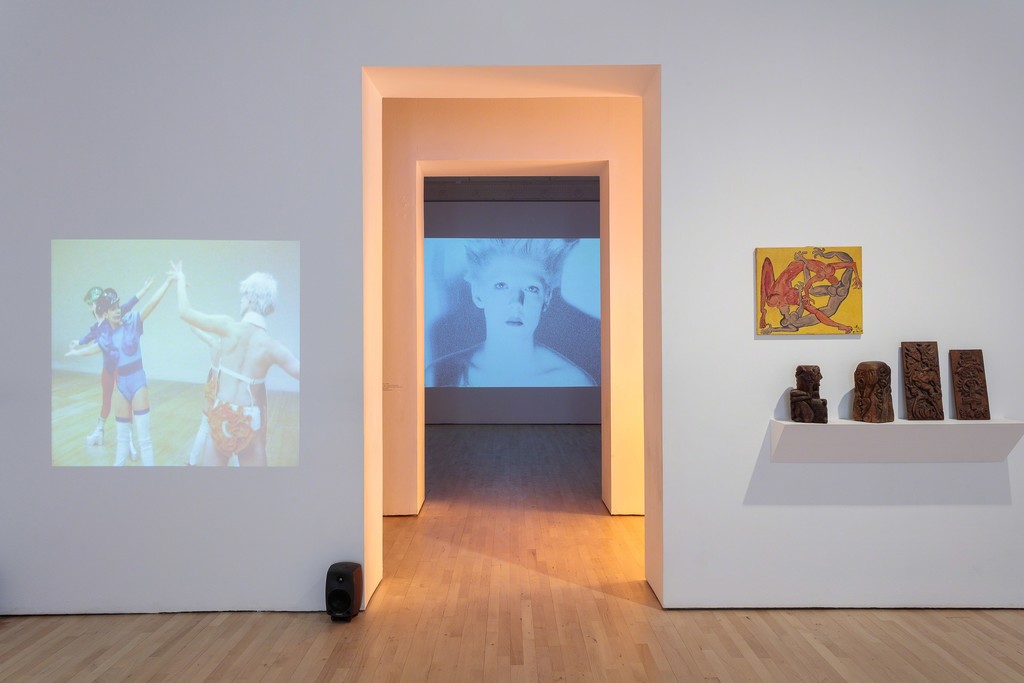 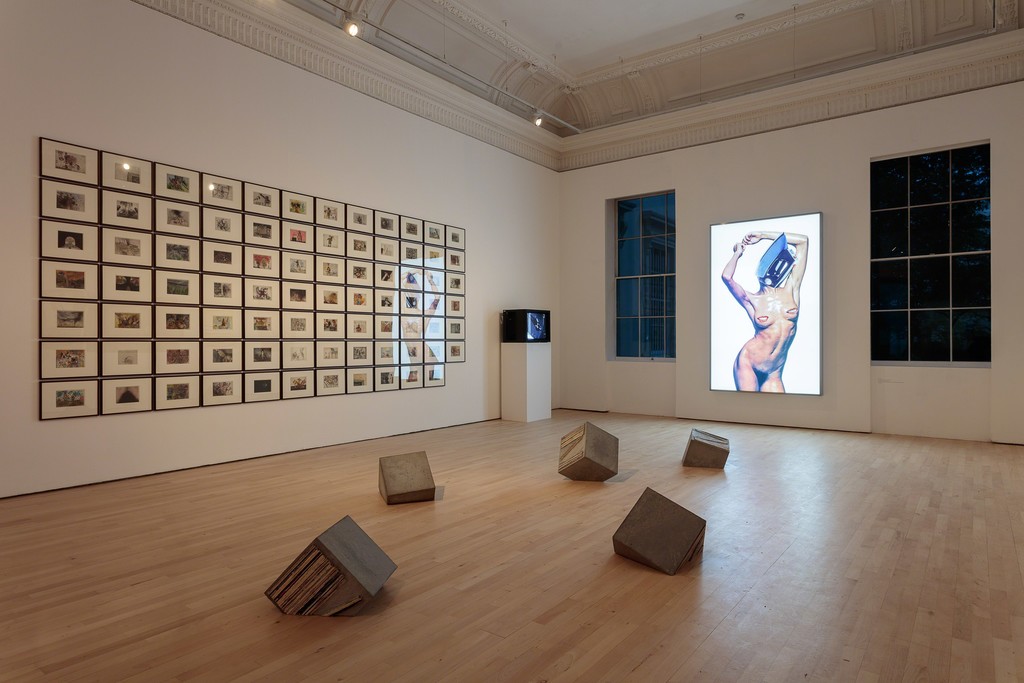 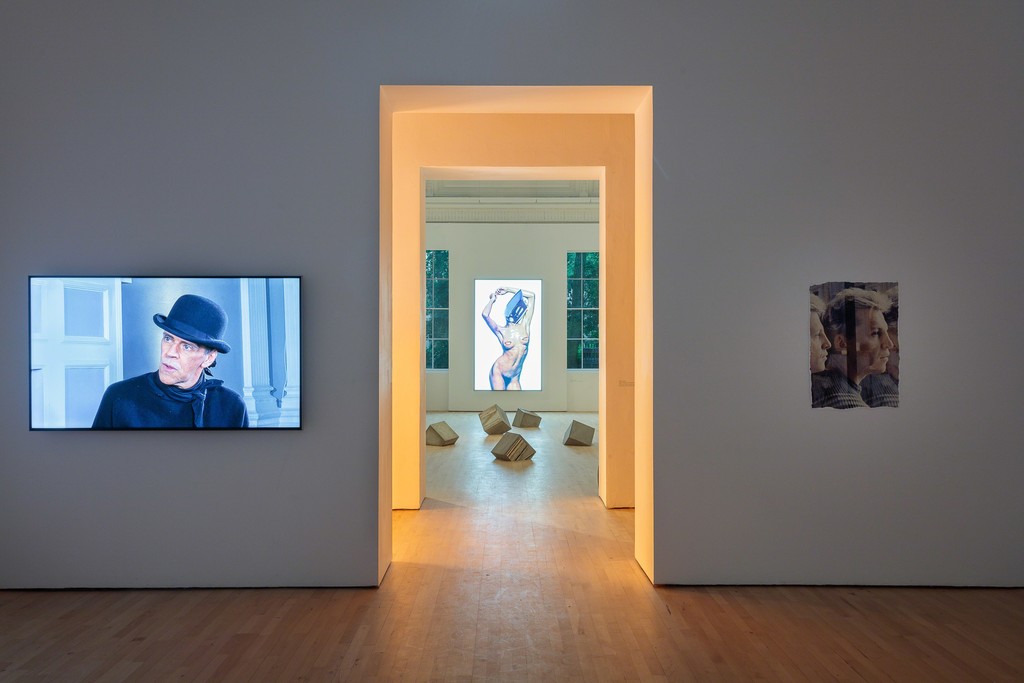 To coincide with the Lower Gallery exhibition Judy Blame: Never Again (29 June – 4 September 2016), which features designer Judy Blame’s work since the 1980s, Artistic Differences in the Upper Gallery aims to present Blame’s work within a wider artistic context, drawing on connections in the art and design worlds in the UK from the 1980s and 1990s. Artistic Differences brings together artists and designers that have been directly linked to Blame throughout his career, and those who have been influenced by his work and share his distinct artistic approach and style. Participants include Charles Atlas, Dave Baby, Jake & Dinos Chapman, Malcolm Garrett, Derek Jarman, Barry Kamen, Jim Lambie, Mark Lebon, Linder, John Maybury, Jamie Reid, Peter Saville, Juergen Teller, Trojan, Nicola Tyson and Tim Noble & Sue Webster.

If Charles Atlas’ film Hail the New Puritan (1987) evokes a particular moment in British cultural history associated with Blame and his work during 1980s London, it also provides context to contributions by other artists and designers of that time such as Dave Baby, Mark Lebon, Linder, John Maybury and Trojan. The work of graphic designers Malcolm Garrett and Peter Saville, as well as artist Linder, also provides a reference to the time Blame spent in Manchester during the emerging music scene of the late 1970s and 1980s.

Other works in the exhibition show a direct personal and artistic relationship with Blame: a film by Derek Jarman featuring Blame entitled B2 from 1981, the film Judy Blame on Southwark Bridge (1983) by Nicola Tyson, and the intimate photographs by Juergen Teller of Blame in his studio. The work of Tim Noble & Sue Webster and Jake & Dinos Chapman shows Blame’s close connection with and influence on the YBAs. Direct references to Goya and his Disasters of War series in the work of Jake & Dinos Chapman also resonate with Blame’s interest in art history and evoke his time spent in the Museo del Prado in Madrid as a young boy growing up in Spain.