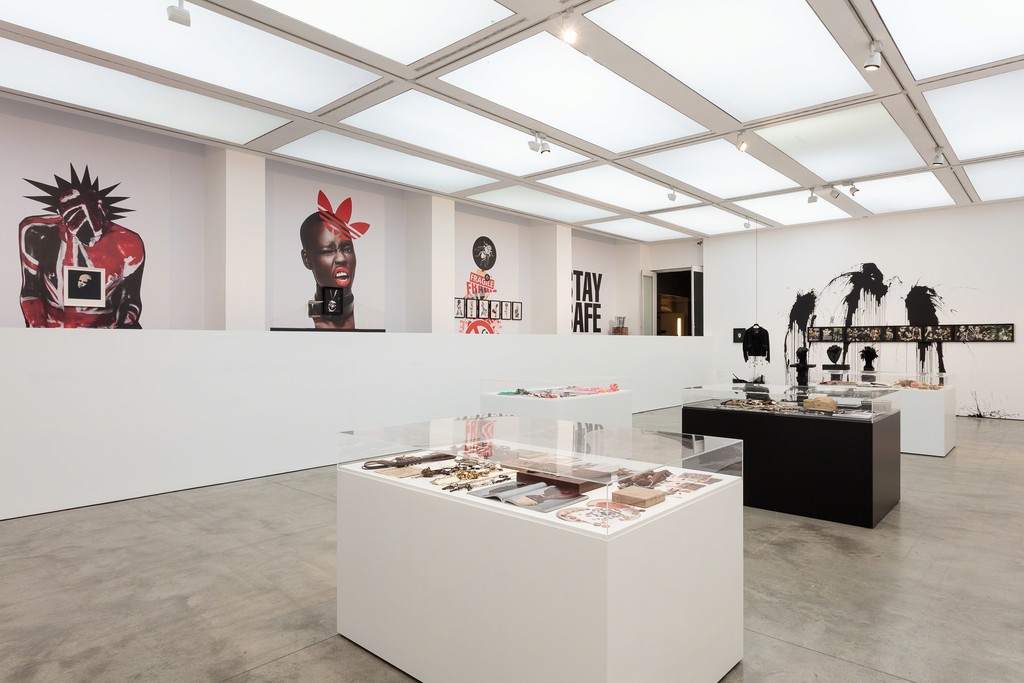 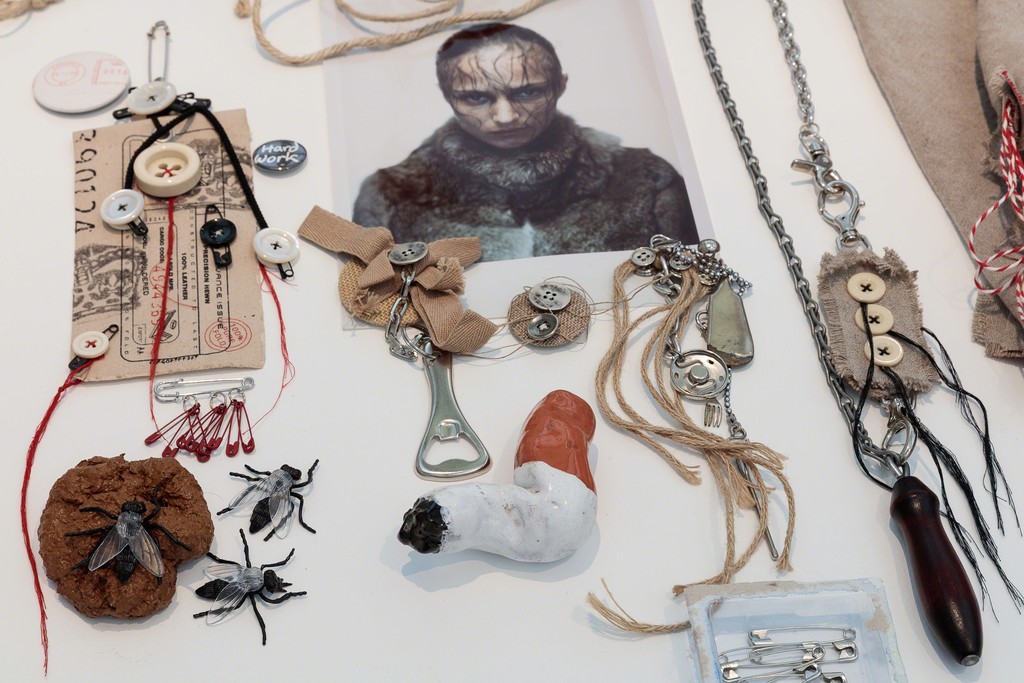 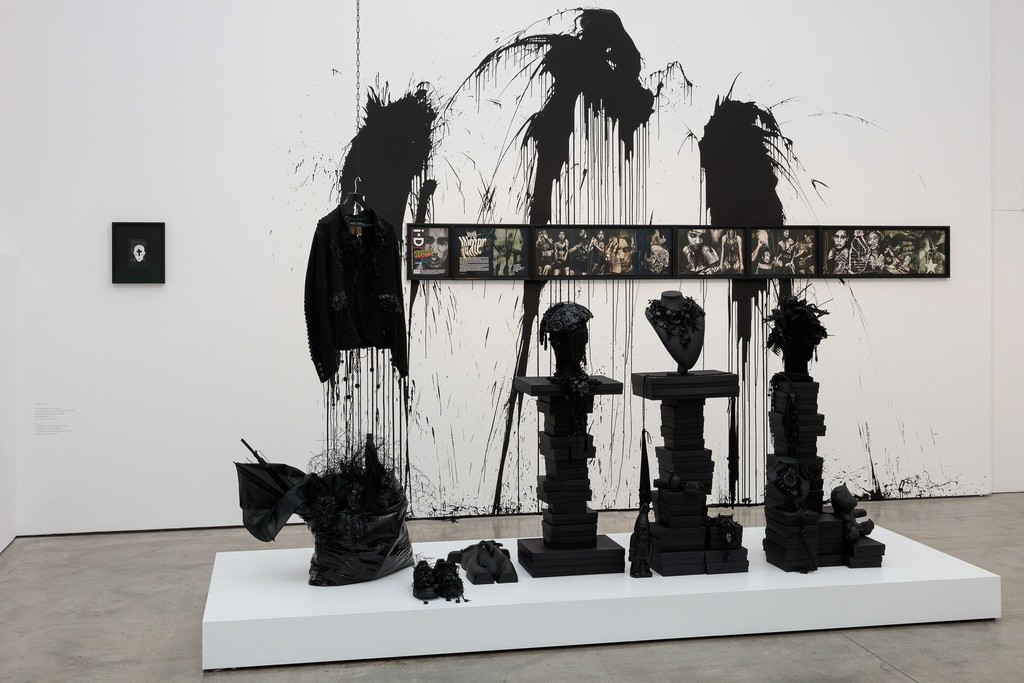 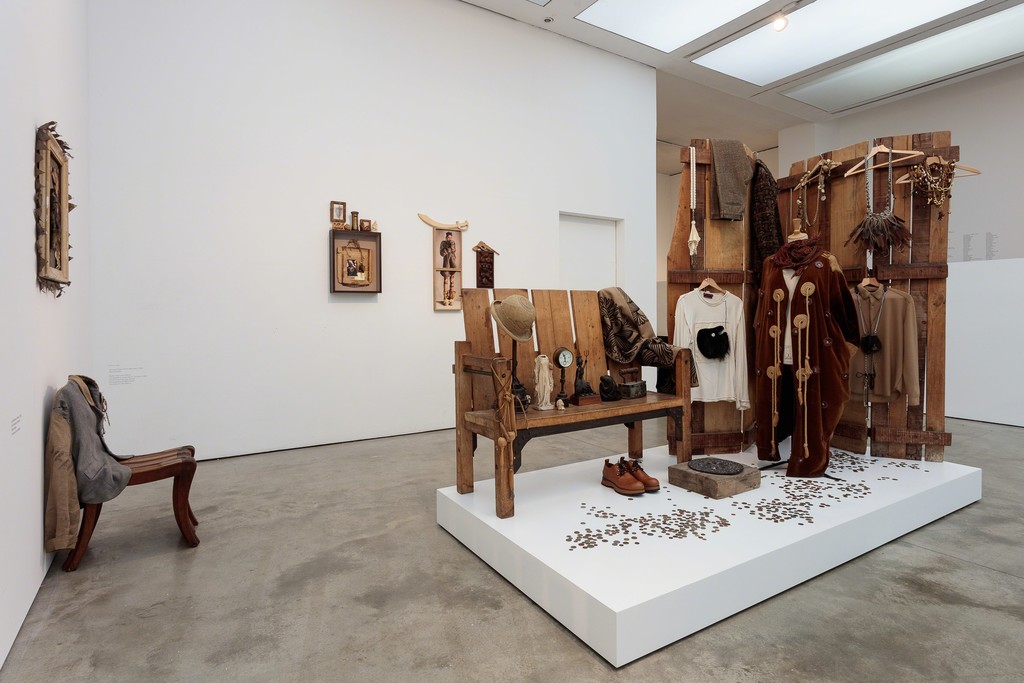 In the early 1980s Blame’s non-conformist attitude and a desire to distinguish himself within the London club scene motivated him to produce jewellery. His modest resources shaped his DIY approach and led him to incorporate found objects as a foundation for making his adornments; early creations questioned established material hierarchies and were testimony to the harsh realities of industrial and economic decline. It was during this period that he encountered a range of creative individuals including Derek Jarman, Anthony Price, John Maybury and Leigh Bowery who championed his inventive approach to making fashion accessories.

A further significant figure in Blame’s continued growth as a creative polymath was Ray Petri, nexus of the pseudo-corporate fashion collective Buffalo, who encouraged him to focus his talents as a fashion stylist. Blame was soon producing iconic fashion editorials with a range of photographers including Mark Lebon, Mark Mattock, Jean Baptiste Mondino and Juergen Teller for publications such as i-D, BLITZ and The Face. His instinctive ability to create symbolic images that embodied radical elements of popular culture and fashion led to an extensive career in the music industry as an art director and image consultant for iconic figures such as Boy George, Neneh Cherry, Kylie Minogue, Massive Attack and Bjork.

Throughout his career Blame has maintained his artistic foundation, making jewellery from found and re-purposed objects. These pieces continue to inspire alongside his prolific contributions on social media, revealing his idiosyncratic and resourceful approach to life through images and objects.

The exhibition is presented as a montage rather than a chronology that brings together an arrangement of artefacts, including clothing, collages, jewellery, fashion editorials, sketchbooks and T-shirts alongside unique commissions that bear witness to Blame’s tactile, thought-provoking, approach to fashion and his propensity towards collaboration and experimentation.

Judy Blame’s exhibition follows recent explorations into the 1980s including a presentation of drawings by artist and infamous night-clubber Trojan (2012), an ICA Off-Site project entitled A Journey Through London Subculture: 1980s to Now (2013) as well as exhibitions of paintings by the late poet David Robilliard (2014) and photographs by Smiler, aka Mark Cawson (2015). Judy Blame: Never Again present an evaluation of his creative approach and draw parallels between his practice and how a more recent generation work today.

The exhibition is accompanied by a limited edition zine compiled by Judy Blame.