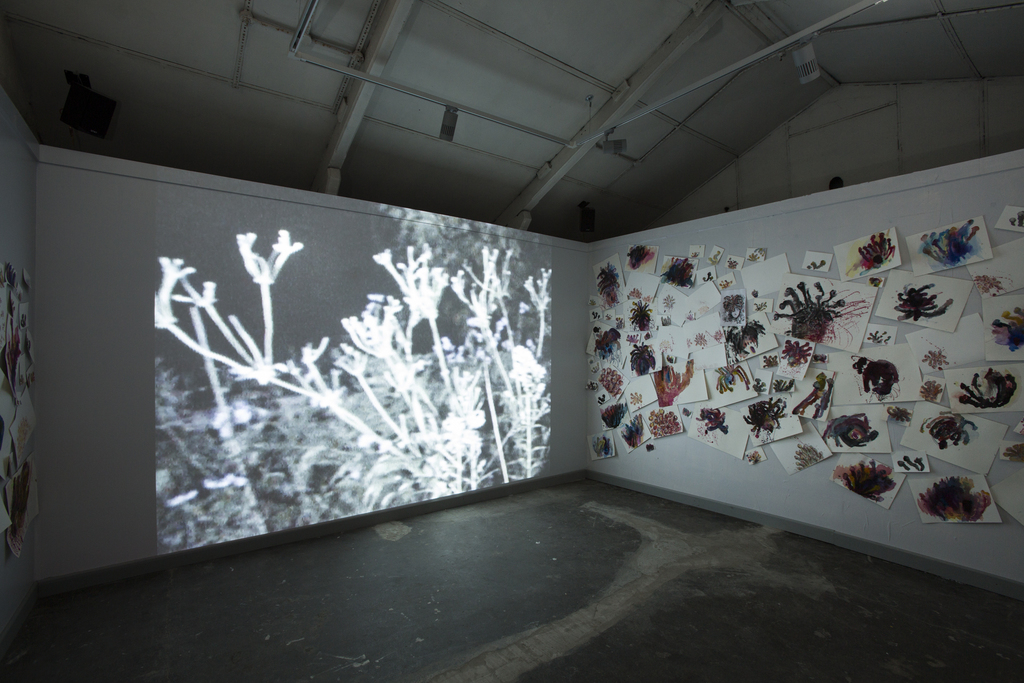 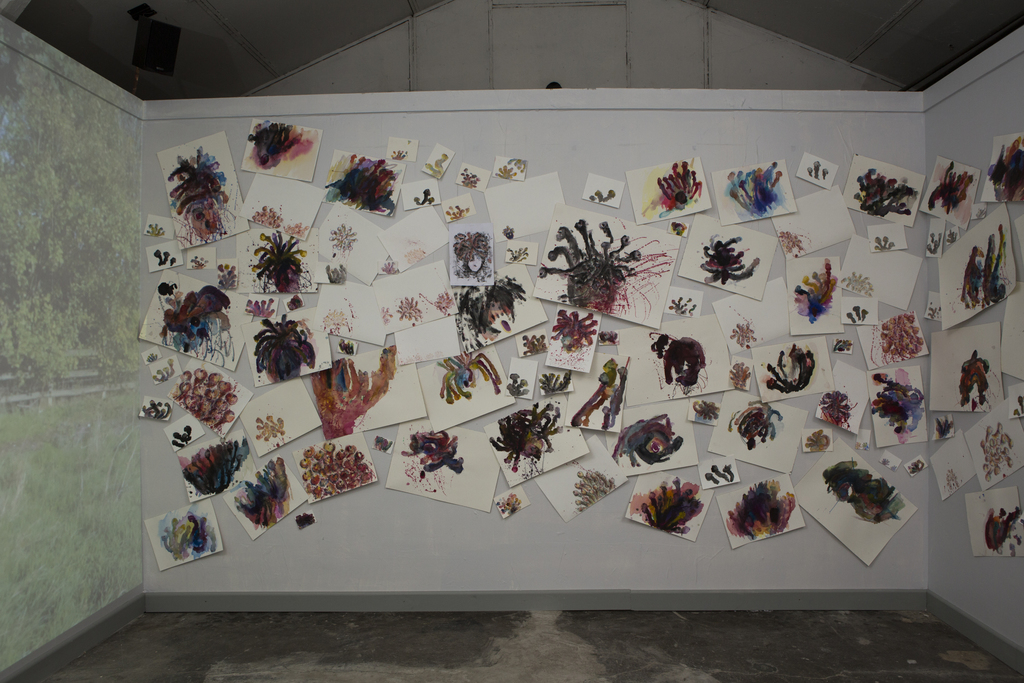 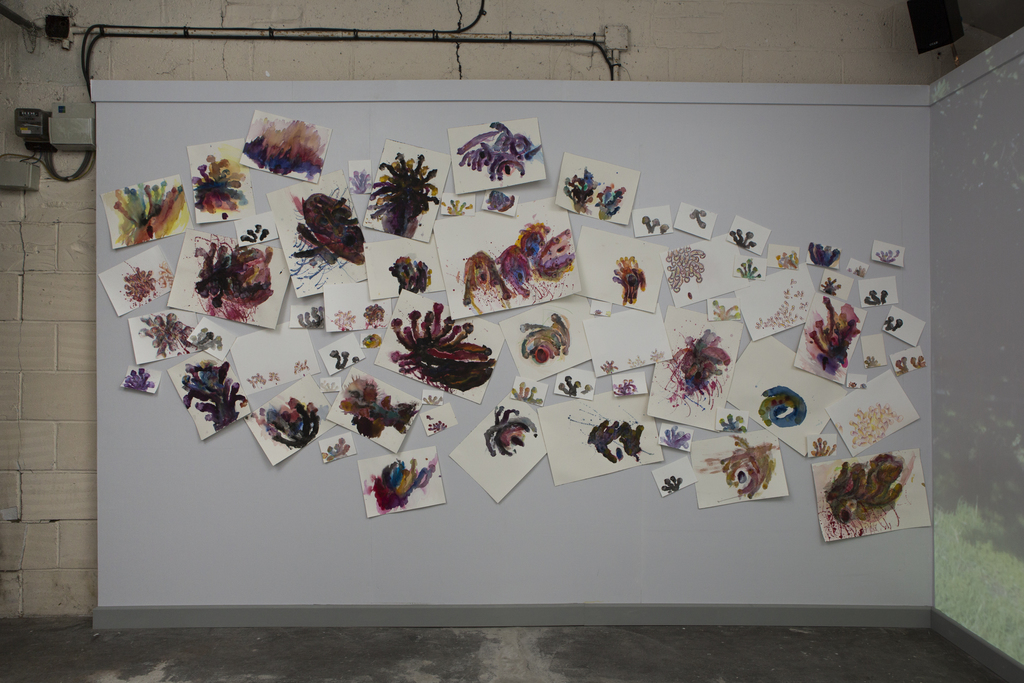 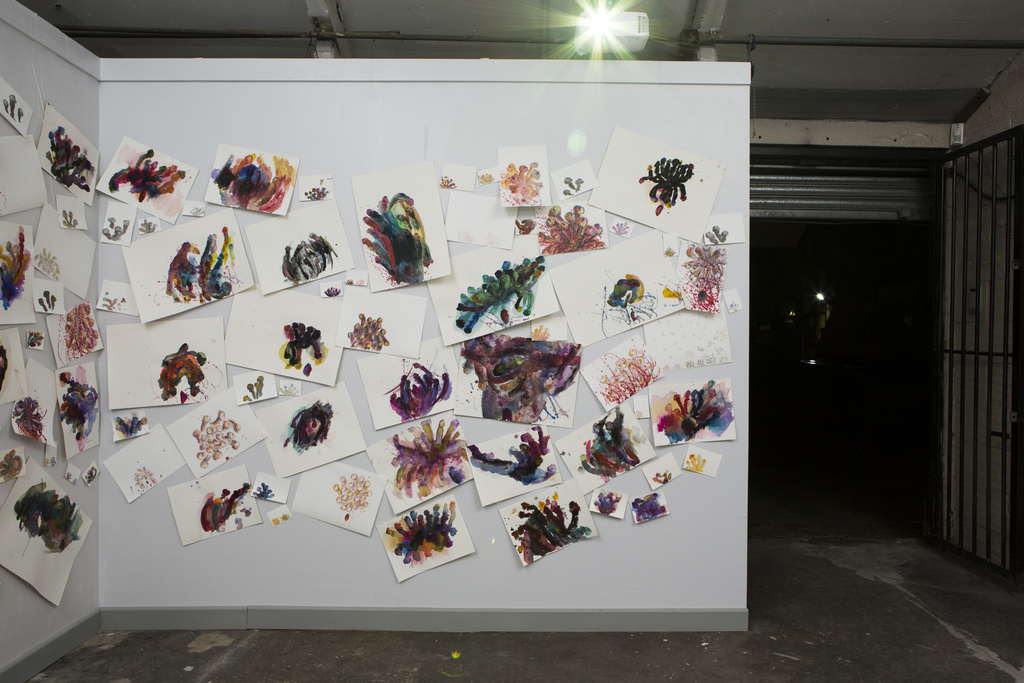 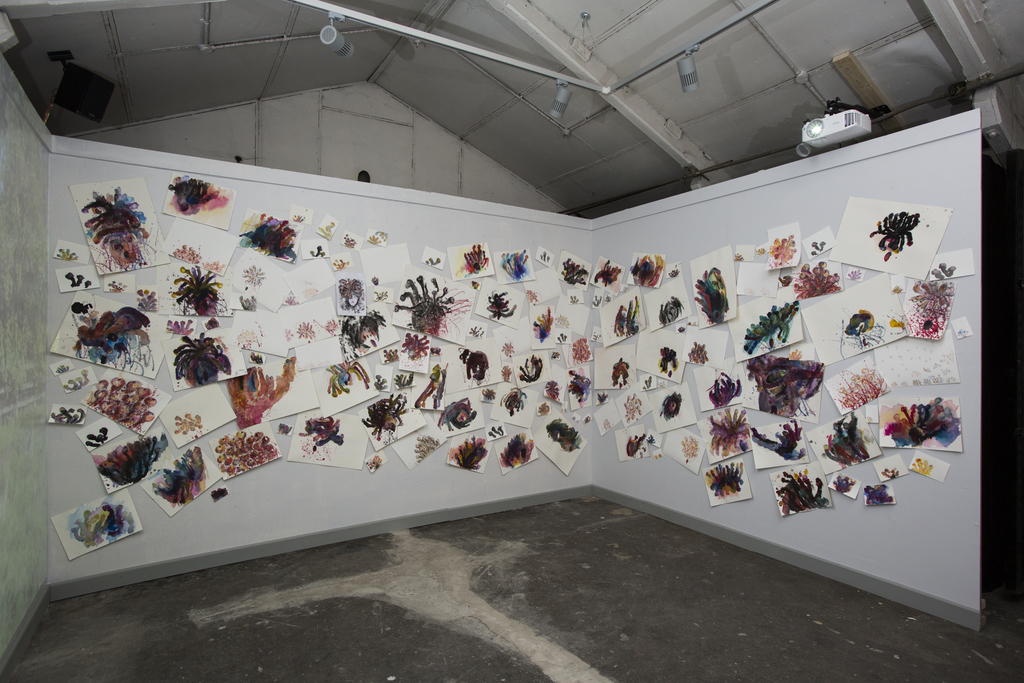 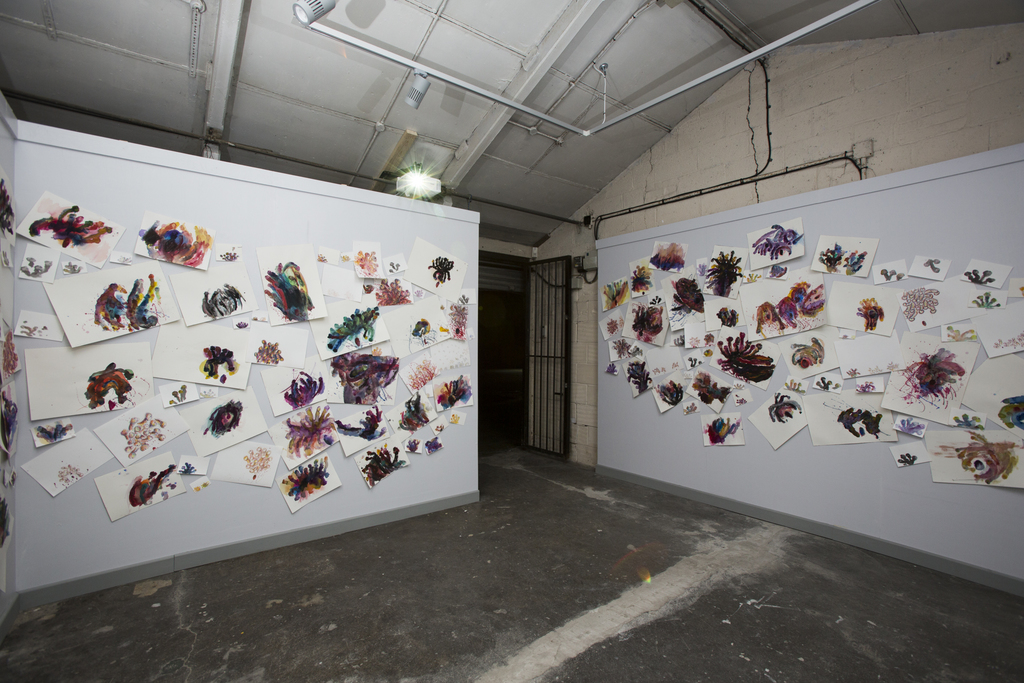 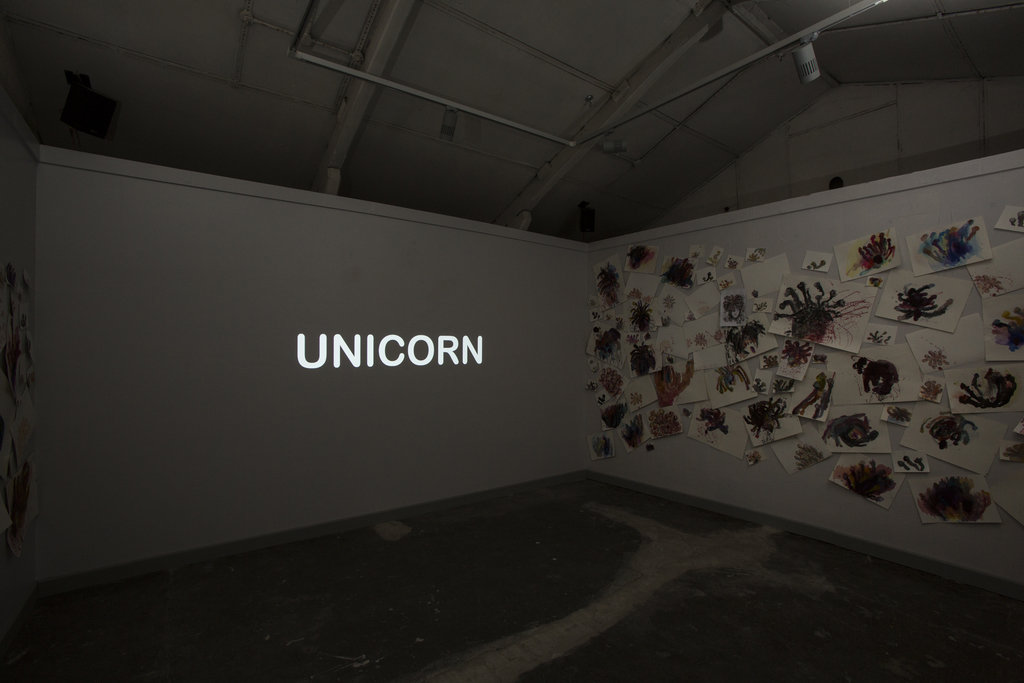 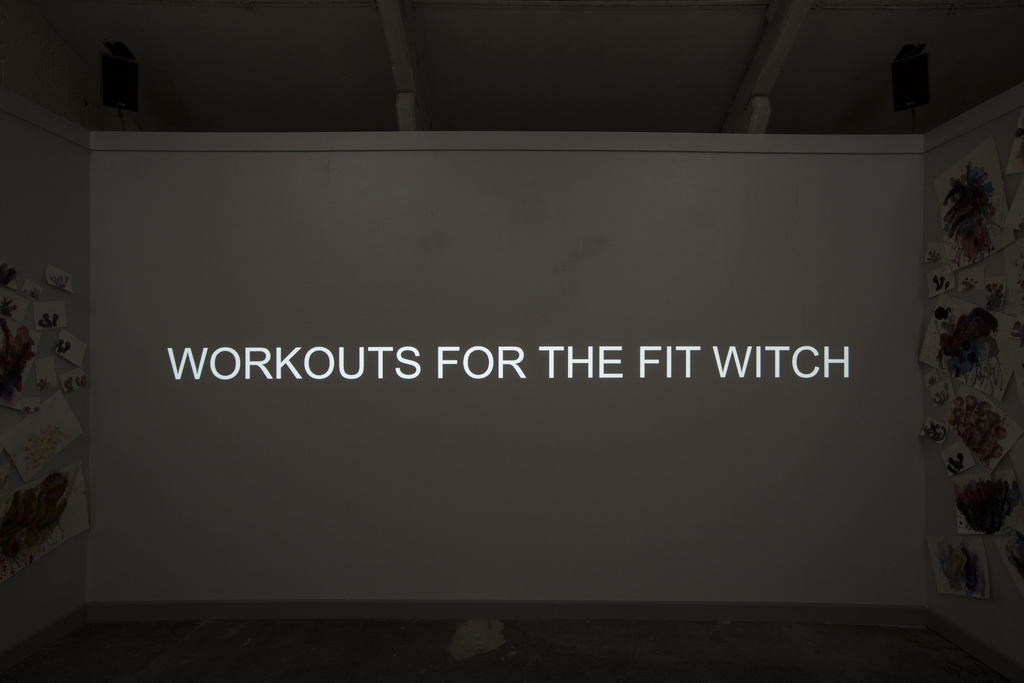 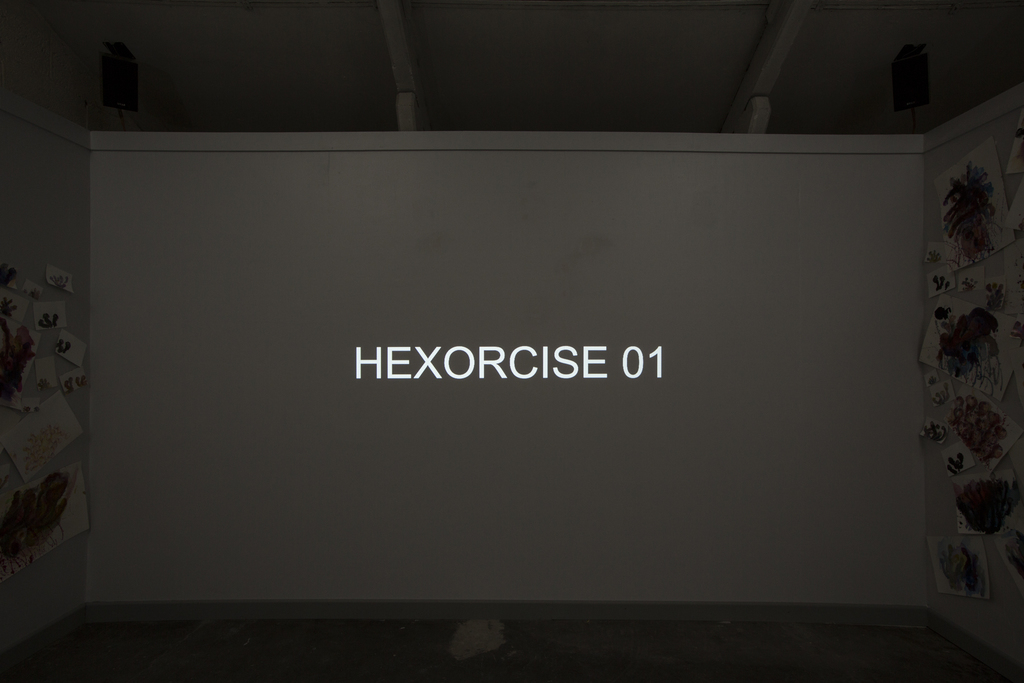 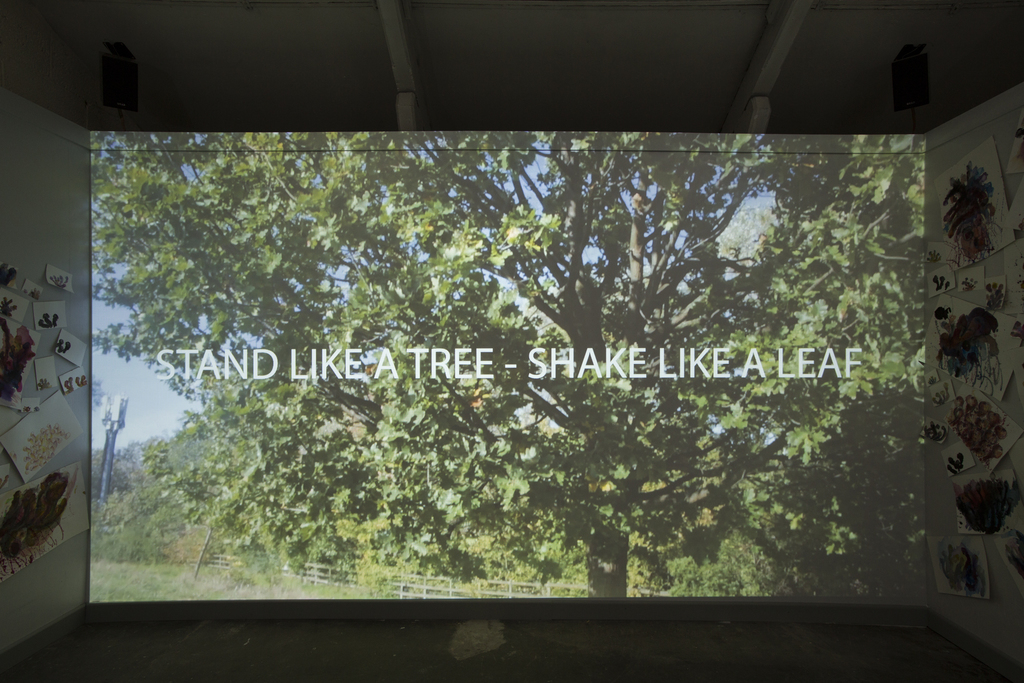 In an epic encounter, the symbolic characters of Unicorn and Medusa are explored from five subjective perspectives. Representations of these mythic creatures date back to the Neolithic period and continue on through Greek mythology, Roman poetry, Biblical history, Hollywood blockbusters, memes, screenshots and a plethora of contemporary consumer products. Since the dawn of history, these myths and our understanding of them have been endlessly remade by political and economic transformations. This show continues that process and takes a close look at how these myths continue to resonate today.

Holly Crawford’s installation The Silence Drew Off is composed of circa 200 paintings on paper referencing Medusa. Each features a letter scheme that, indirectly, invokes one or more people who have no voice. The installation takes its title from a famous quote found in Sylvia Plath’s only novel The Bell Jar. Crawford is intrigued by its status as a roman à clef and the ways in which such an ‘autobiographical’ work simultaneously accuses and exempts the real world figures semi-fictionally depicted in it from any responsibility for the author’s suicide shortly after its first publication in 1963.

These many Gorgons occupy three walls and some other spots alongside a film called UNICORN, an epic encounter between the Gorgon’s head and the magical horn. Will we end up petrified, purified or both?

UNICORN is an anthology film comprised of four sections directed by Stewart Home, Misha Mayfair, Itziar Bilbao Urrutia and Nick Kilby. Its format a reference to arthouse classics such as RoGoPaG, The Witches, and Coffee and Cigarettes - a format used by, among others, Godard, Pasolini, Jim Jarmusch and Francis Ford Coppola. Titles, as well as the synopsis for the new sketches which have the unicorn as a common theme and protagonist are due to be revealed at the private view of UNICORN vs MEDUSA. During the show, magic potions will also be offered to the public.