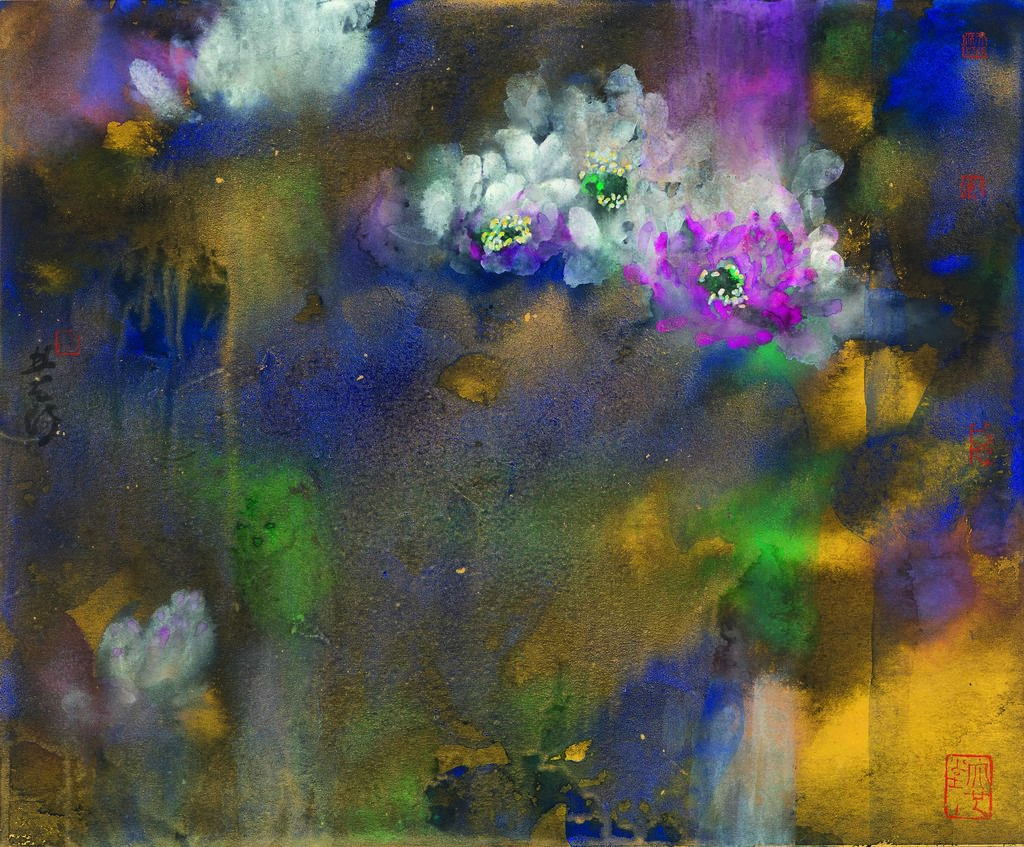 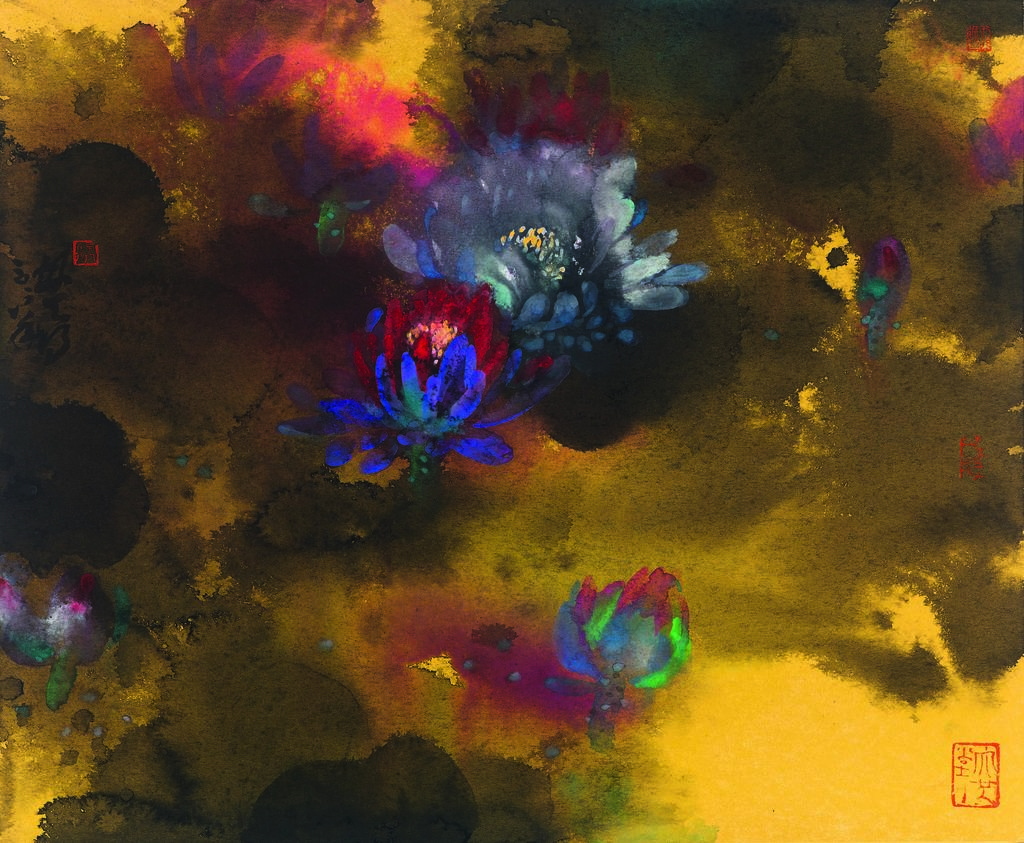 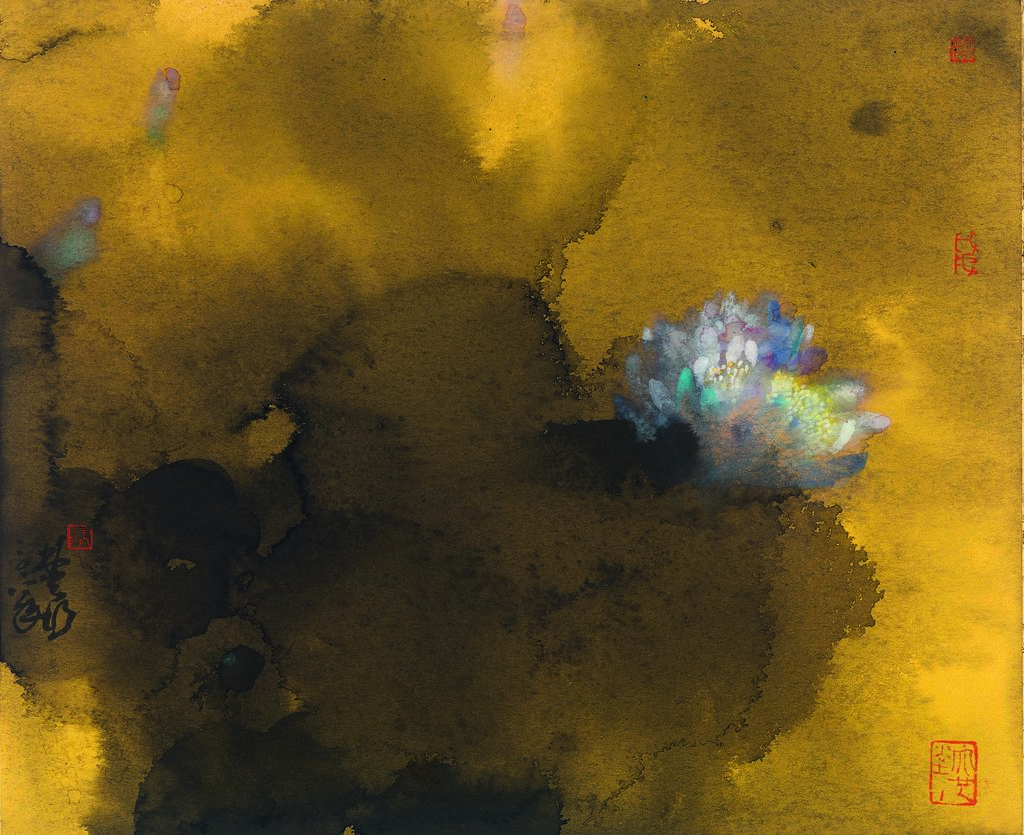 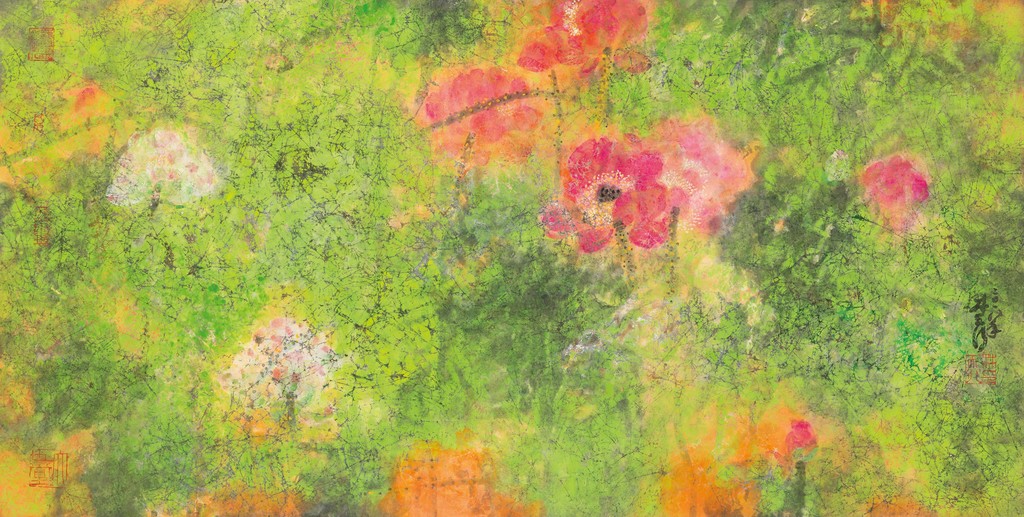 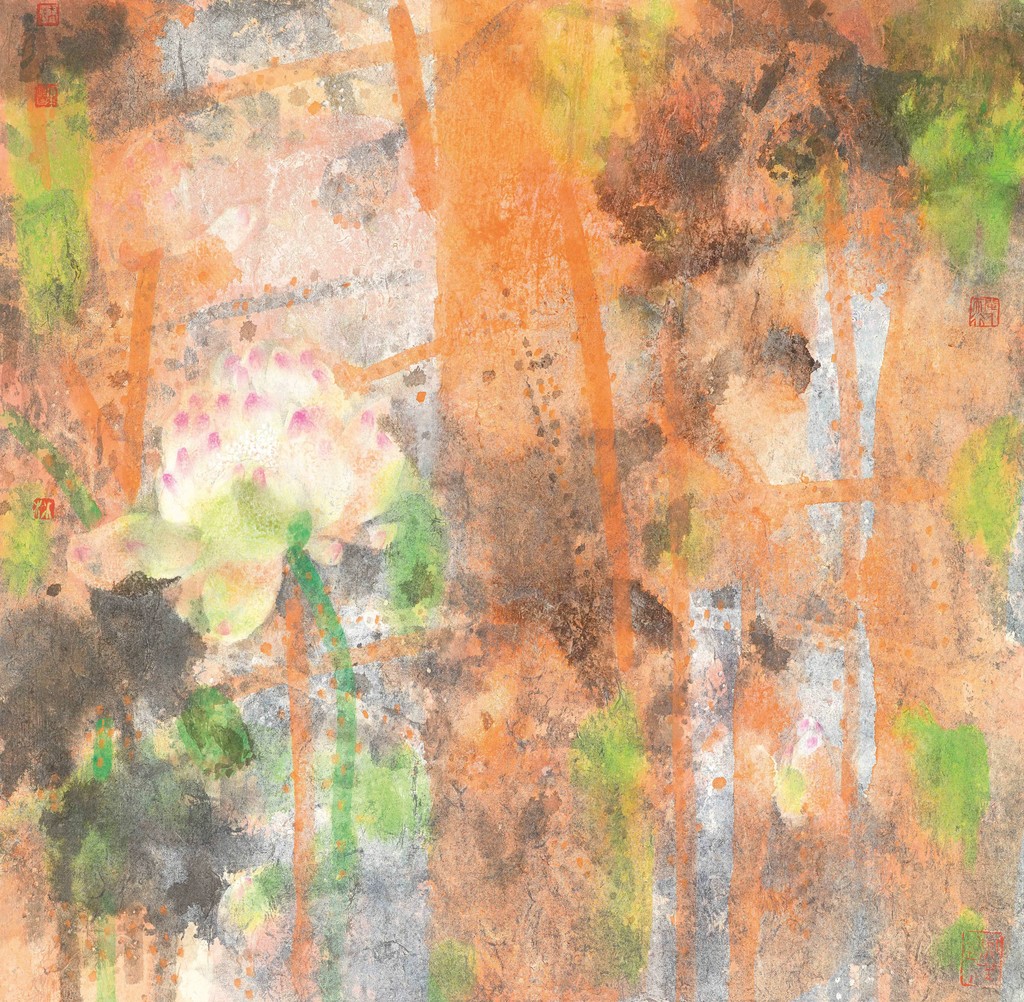 Illuminati Fine Art is pleased to present “Love of Lotus” solo exhibition by Lam Tian Xing. There will be an opening reception with the presence of the artist from 6pm to 8pm on Thursday, 11 October, 2018, and the exhibition will be open for public viewing until 1 November 2018. “Love of Lotus” shows over thirty selected works completed between 2016 and 2018 by Lam Tian Xing - one of the most preeminent Chinese contemporary artists.

The “Love of Lotus” is of an unprecedented large scale exhibition that not only showcases a continuation of Lam’s renowned Lotus series, but also the Water Lilies series that presents an extended development in Lam’s oeurve. The artist has achieved a remarkable breakthrough in terms of the use of colours; he has used a lot of strong tones and vibrant colours in his works, as a result created a much stronger visual impact in contrary to the monochromatic black and white often seen in the traditional Chinese paintings. In additional, Lam’s works were not restricted to the conventional size and proportion of Chinese paintings, which has added extra charm to his modernized Chinese paintings.

In the late 1980’s, Lam Tian Xing were influenced by Western modern art trends and began to explore his individualized language in art. He deconstructed the elements of Chinese paintings and tried to seek for the contemporary value in traditional Chinese paintings. He retains the use of ink brush strokes and media, as well as inherits the soul and essence of Chinese traditional literati paintings.

The title of the exhibition, "Love of Lotus" was inspired by Zhou Dunyi's famous prose "Ode to the Lotus" in the Song Dynasty. Lam Tian Xing passion for lotus lies in its character and also of his deep attachment to his hometown Lian Hua Feng, as known as, the “Lotus Peak”. Lam's works depict lotus of different time and forms, uncovering the profound meaning of lotus. Through the lens of Lam Tian Xing, the delicate changes in lotus’s life cycle are as varied and orderly as the human’s one. In “Love of Lotus”, the lotus has turned into a thousand expressions, letting the audience listen to the lotus language. There is much similarity between a lotus and a human, painting a lotus is like painting a man, and perhaps the audience can "find themselves" from his paintings.

Lam Tian Xing has studied Chinese paintings and Westerns paintings with painters Wu Guoguang, Lin Guang, Chen Ting and Liu Muzhu. He moved to Hong Kong in 1984 and went to Beijing to continue his studies at the School of Chinese Painting Department of the Central Academy of Fine Art. Lam has held more than 50 solo exhibitions in many major cities around the world, such as Beijing, Hong Kong, New York, Berlin, Bremen, Milan, Singapore, Taipei, Seoul and other places. His work has been selected and displayed at: Hundred-year Chinese Painting Exhibition, the National Art Exhibition, the Thirty-year Art Exhibition of China’s Reform and Opening-up, the Shenzhen International Ink Painting Biennale, the Contemporary Hong Kong Art Biennale, and he has participated in over a hundred joint exhibitions around the world. His artworks was selected to take off with space shuttles Shenzhou VI and VII to the outer space, marking him the first and only Hong Kong artist whose works have travelled to the space.