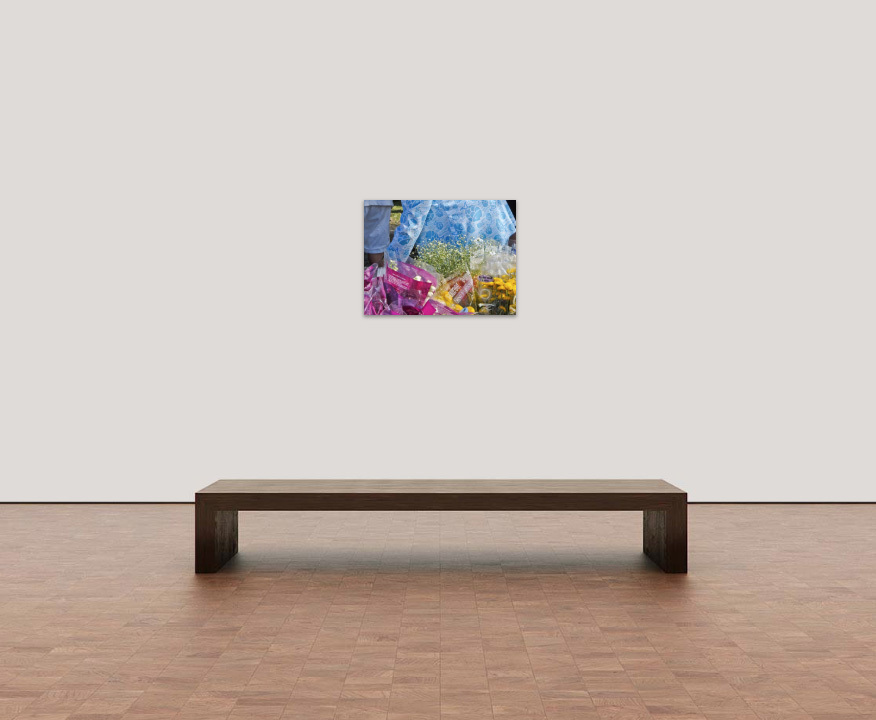 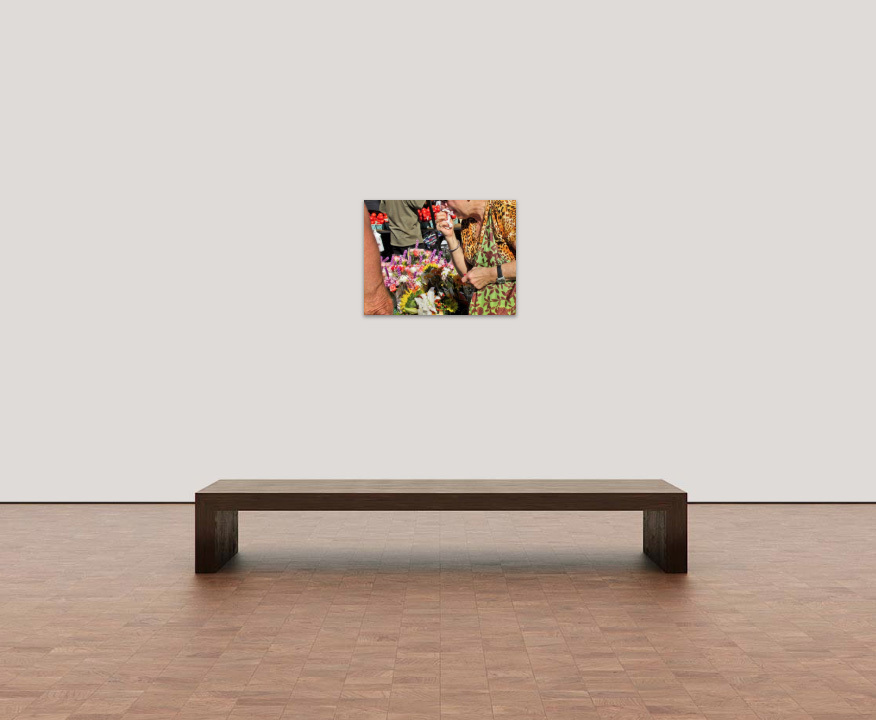 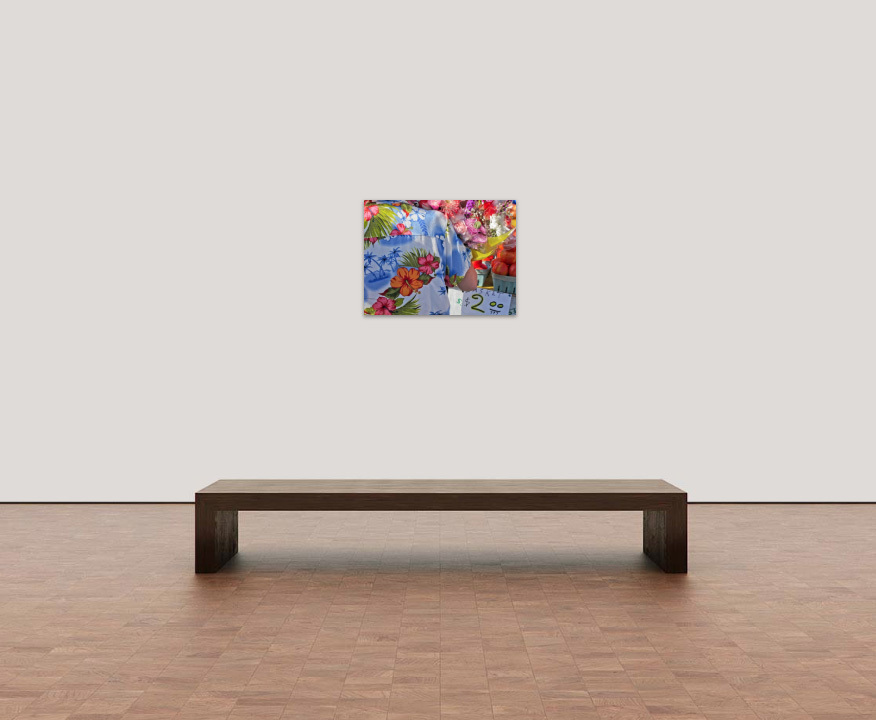 “I photograph almost every day, some yield more interesting results than others. One day, in the spring of 2010, I was photographing at a farmers’ market in Naples, Florida. The weather was gorgeous, the temperature perfect, one of those Florida days that is simply intoxicatingly joyful. Except…. I did not feel my pictures were very interesting. Something was not right. Rather than force the issue I turned off my camera and headed for my car having decided to go home.
After about thirty seconds of walking something grabbed my attention at the periphery of my vision and I was struck by a new visual idea. I turned on my camera and began photographing in a totally different way, more reflexive, more like… “I don’t care what these pictures look like but this sure is fun”.
That day and two other Saturdays produced what I call PUBLIC ATTIRE. I had not photographed that way before and have not since in exactly the same way. This group of pictures are like an ephemeral jazz improvisation that makes you wonder, “where did that come from”?”

Dennis Church, born in rural Iowa, USA, attended Iowa State University and worked for Iowa and Wisconsin state government bureaus after college. He bought a camera on a lark from a catalog someone gave him and started making pictures. The stuffy and confining office environment he worked in soon because unattractive when photography became an extremely strong pull to do something different, Dennis, even leaving a graduate psychology program because of the power of that force. He then committed himself to making photographs as a life time pursuit. After leaving his government bureaucratic job he attended Apeiron Photography Workshops in New York state. Returning to Madison, Wisconsin he applied for and received several public art grants to do documentary projects in Madison and Wisconsin. He also acquired and completed many editorial, advertising and public relations photography assignments, continuing that for twenty years. In the year 2000 his father died which started him on a very introspective period. The result was to stop commercial photography and devote more time to personal work.
Dennis Church was recently recognized with inclusion of his photographs in the book, Bystander, A History of Street Photography. His pictures are presented as one of the new directions of street photography by the authors Joel Meyerowitz and Colin Westerbeck. He is fascinated by both the harmonics and discordances of color. Growing up in rural America presents the need for much auto travel which has helped form Dennis’ interest in movement through space; while driving or walking, and movement of subjects and objects in photographs. He also often depicts mundane and static objects in a way to suggest movement.