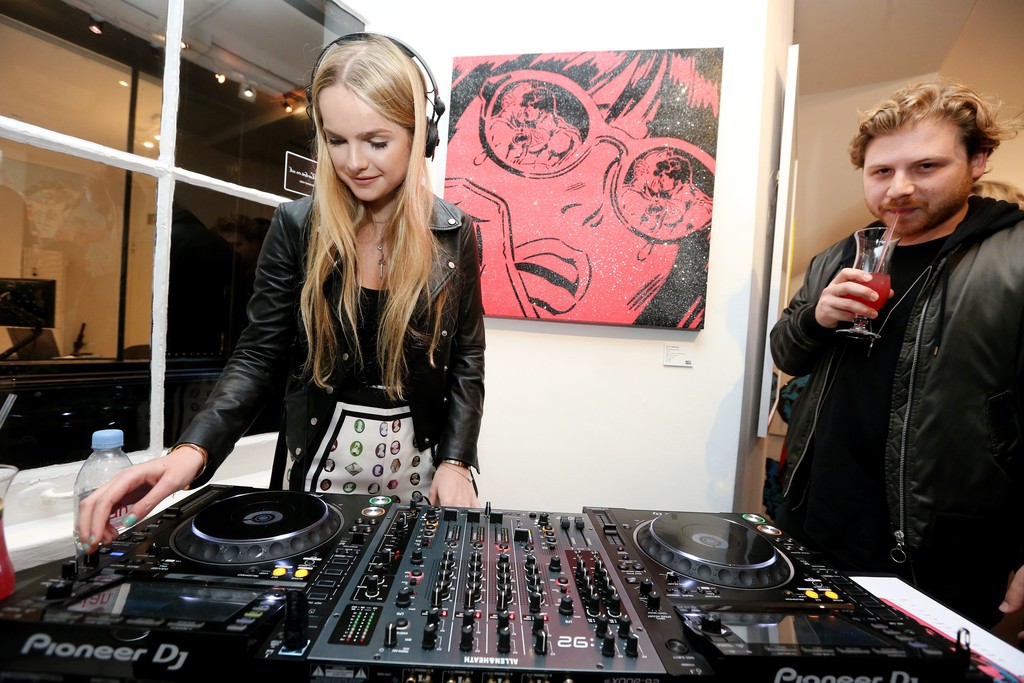 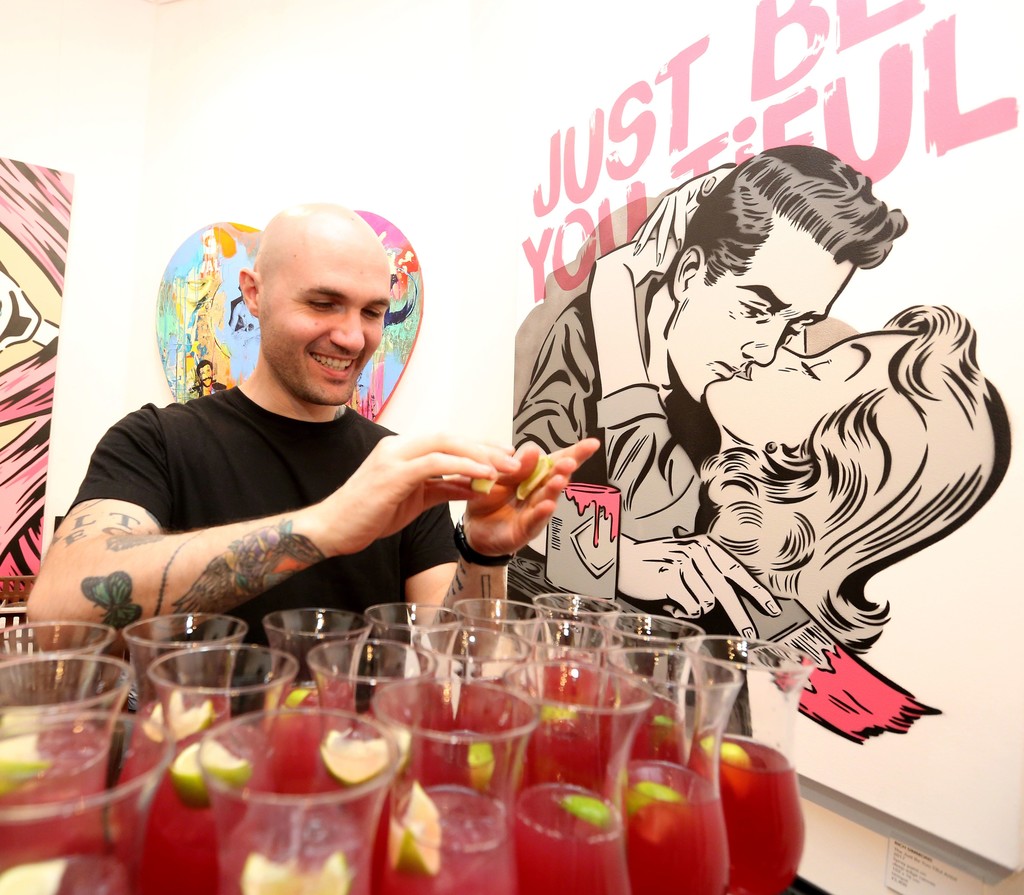 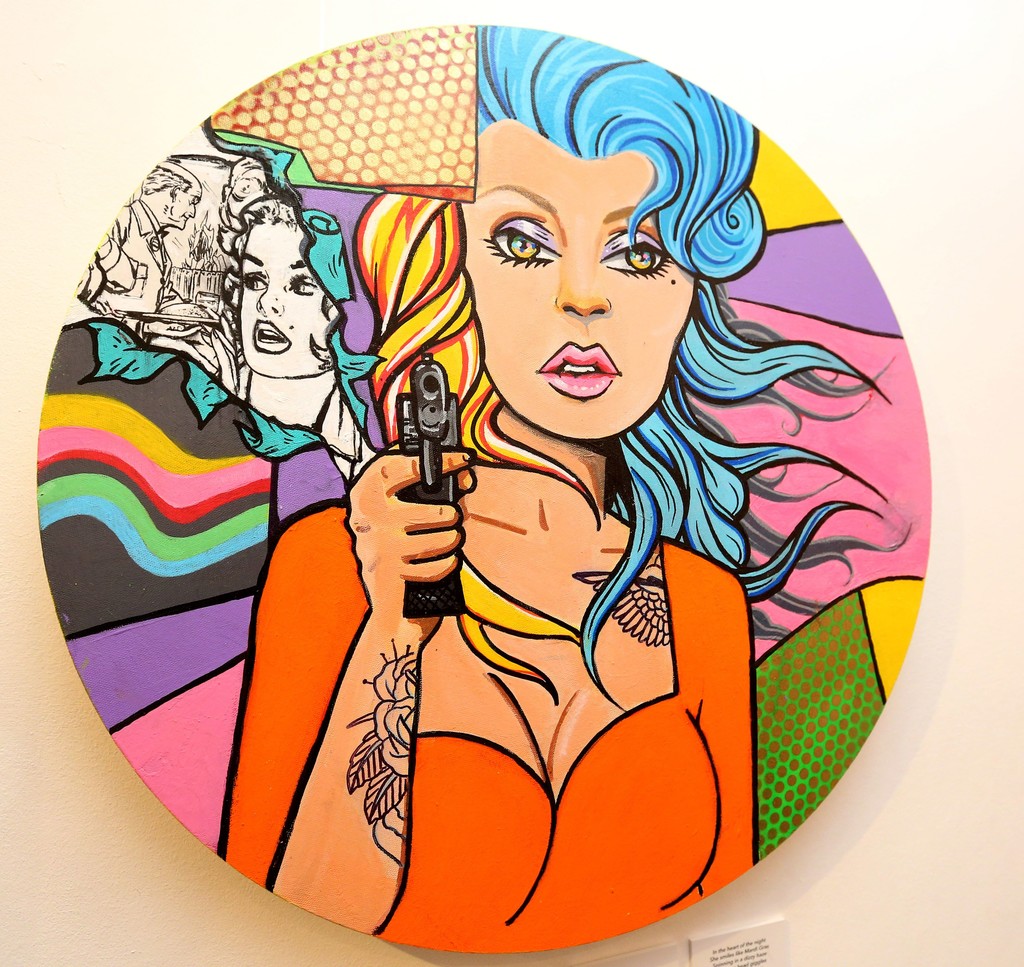 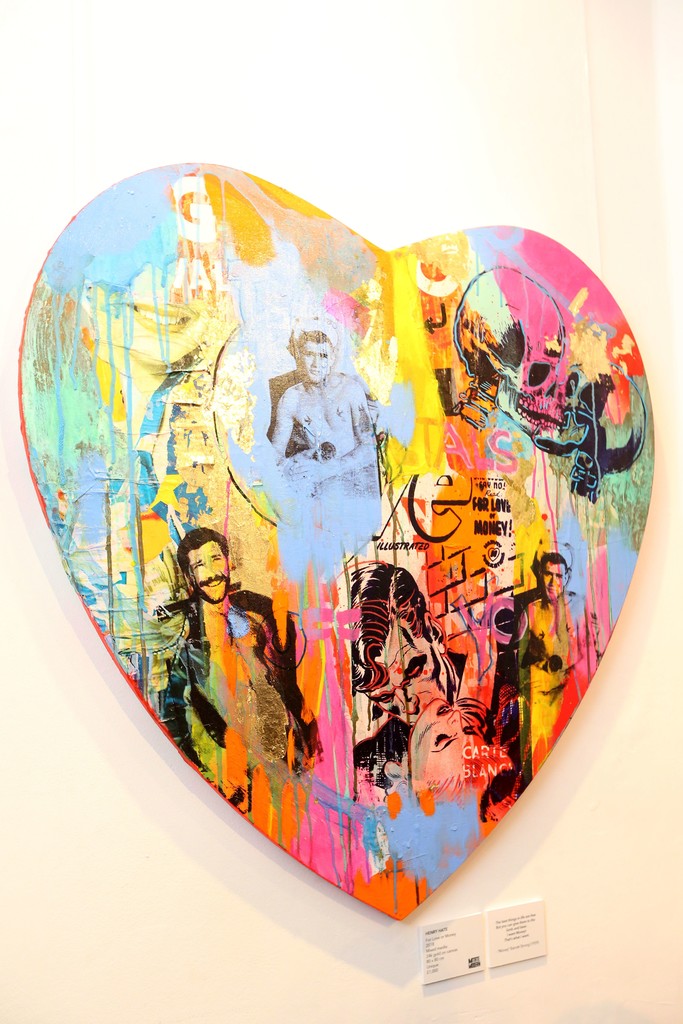 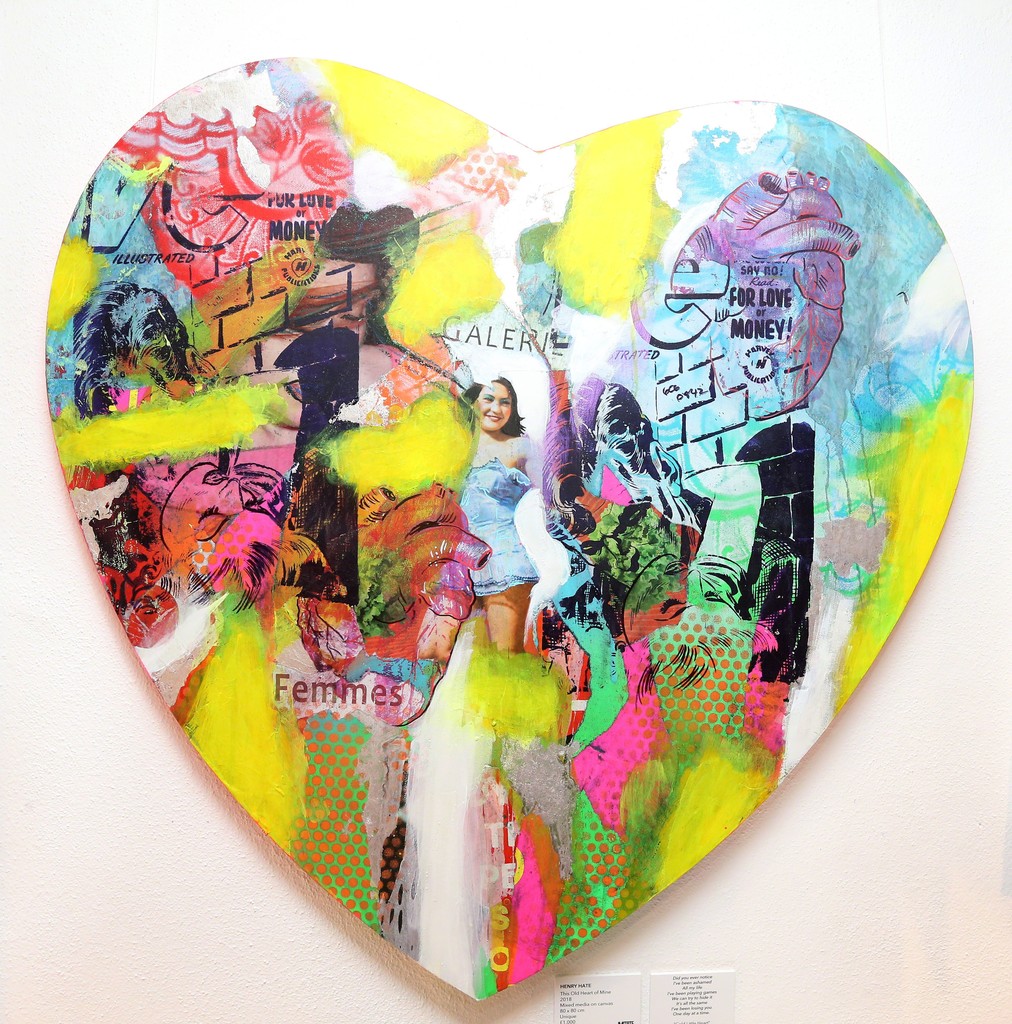 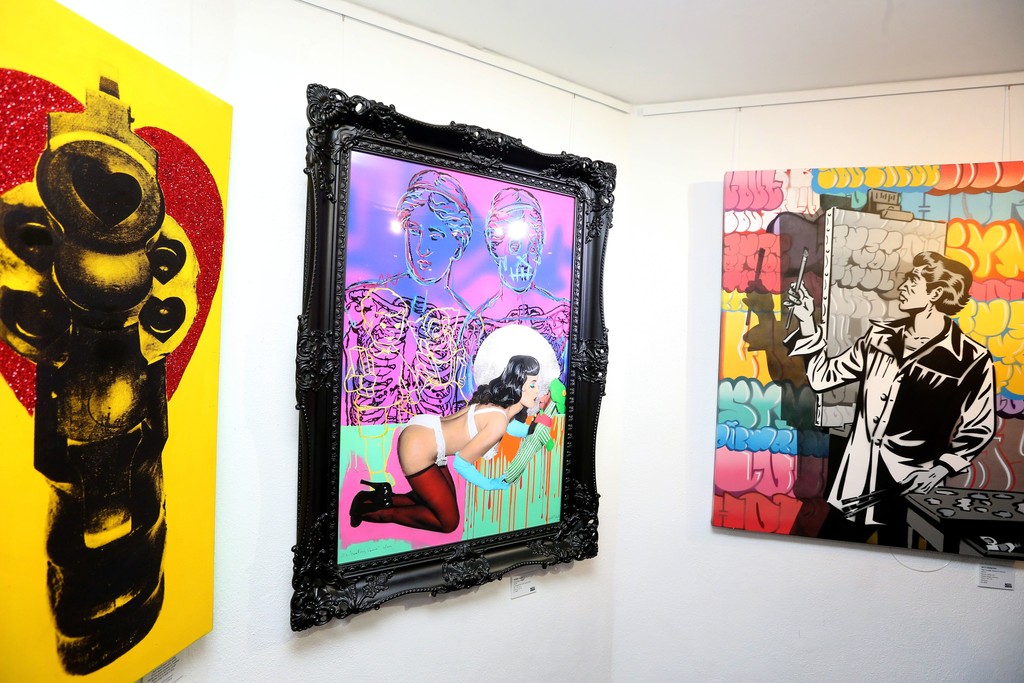 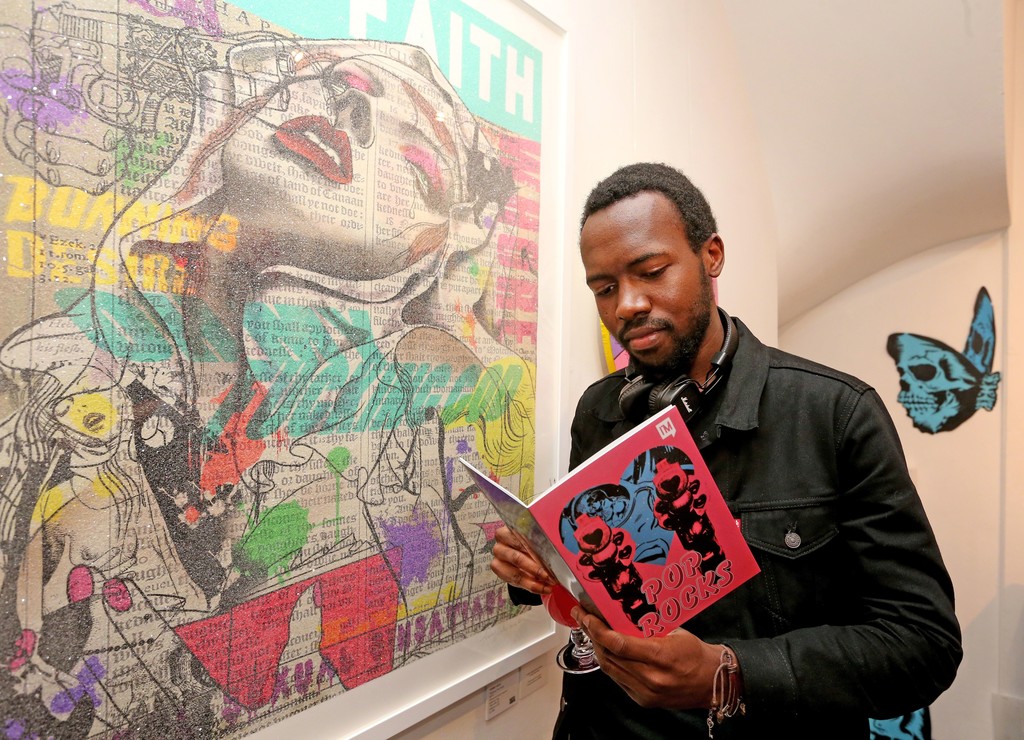 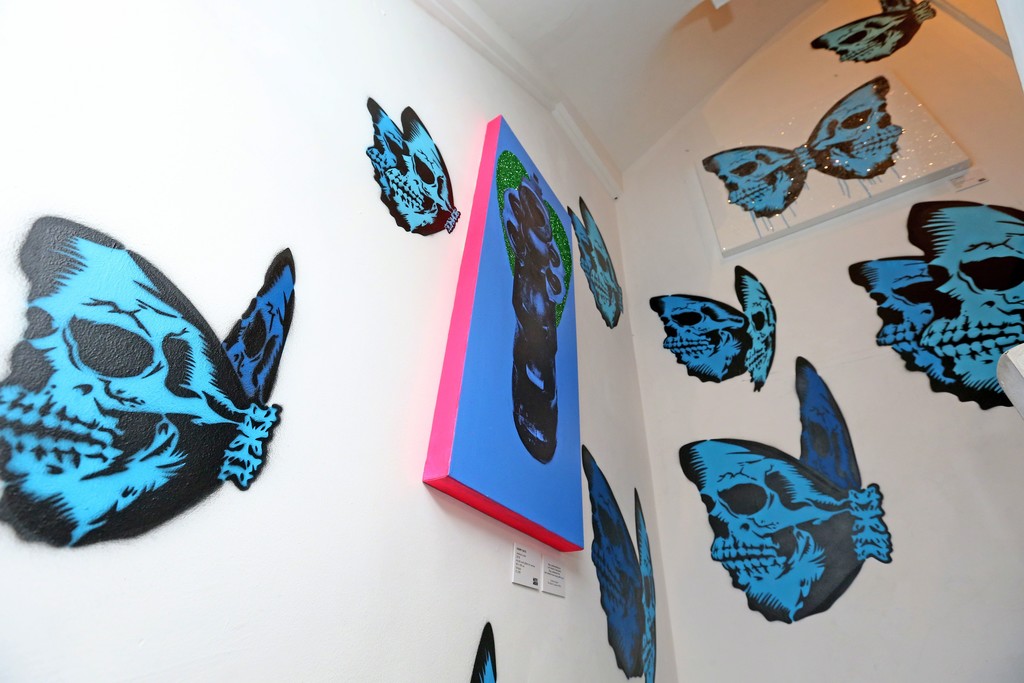 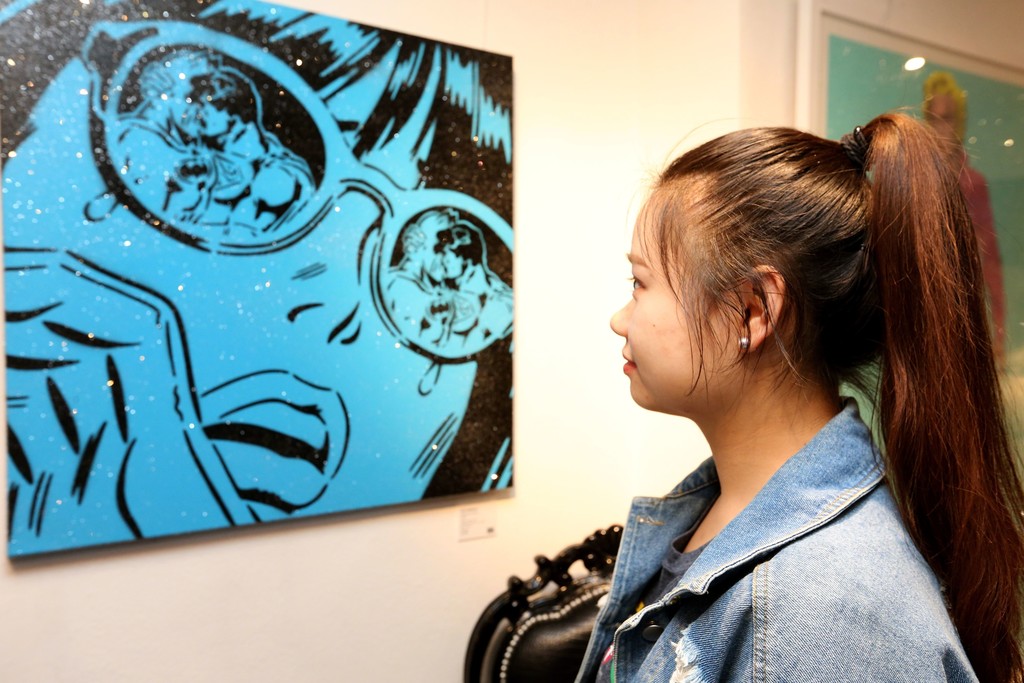 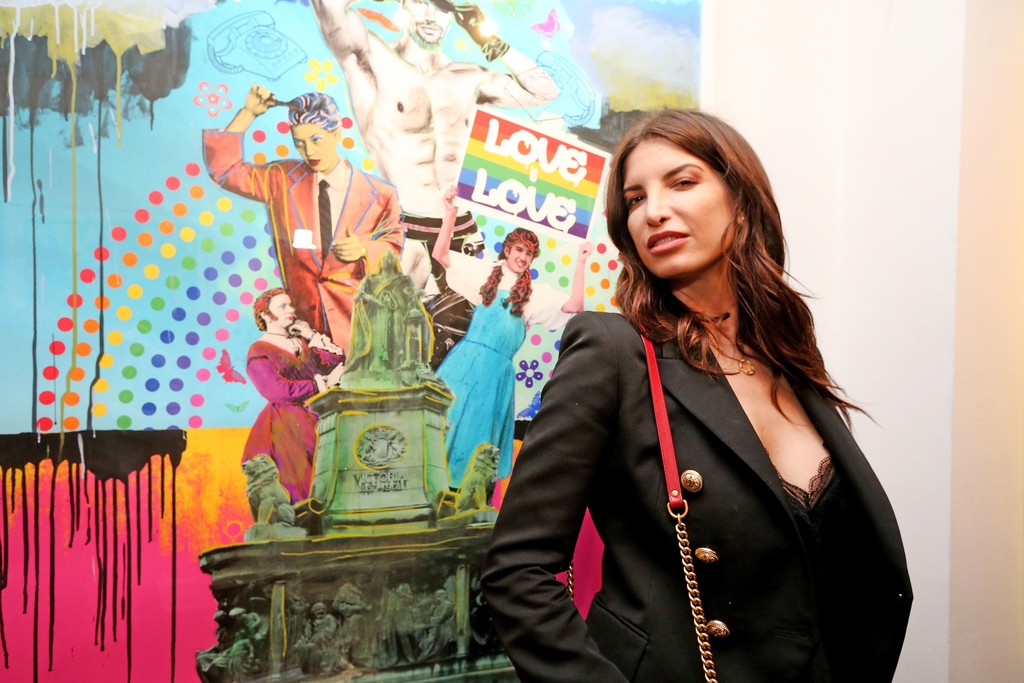 Both artists have gained notoriety for work they created outside of the traditional gallery space. Hate is the famed tattoo artist whose clients have included Amy Winehouse (including the iconic pin-up girl tattoo), Alexander McQueen and many others. Simmons is best renowned for his monumental street murals in London and New York, such as Future ***King – which depicted Kate Middleton and Prince William as Sid and Nancy - and Batman Kissing Superman. Opening on 18 May, Pop Rocks brings together new and specially commissioned works by both artists.

Hate started his career with the intention of being an erotic artist and fashion illustrator - having escaped a turbulent family life to join the army (but never taking to authority) - however ended up working in the adult film industry before taking on a tattoo apprenticeship at Funny Farm Tattoo in Silver Lake, Los Angeles. This ultimately led to him relocating to Soho, London in 1998 and founding infamous tattoo studio Prick! in Shoreditch in 2002. A spate of high-profile clients such as Amy Winehouse, Alexander McQueen and Boy George (to name a few) has established Hate in the industry with unparalleled notoriety.
In recent years Hate has turned his attention to the world of fine art: a variety of high-end commercial projects include a collaboration with renowned fashion photographer Nick Knight, turning art into chocolate with respected Belgian chocolatier Dominique Persoone and work with brands such as Opal Nera, Converse, Nissan Motors and Oliver Sweeney Shoes. Hate is also an ambassador of the Amy Winehouse Foundation and works with the Winehouse family.

With over 20 years’ experience working as a tattoo artist it is easy to see how his colourful and energetic images have taken shape and form on not only skin but canvas too. Hate’s work is the product of a cross of influences - from his engagement with old masters to his DIY punk rock and queercore roots. His subjects range from religion, sexuality, identity, appropriation and iconoclasm and are expressed in bold colours that grapple with a world engulfed by mass consumerism, human taboos, the misconceptions of the marginalised, and the sheer vicious cycle of mankind’s pursuit of power.

Rich Simmons is a Contemporary Urban Pop Artist from London who has exhibited all over the world. Rising to fame through a number of iconic pieces of street art, Rich has gone on to exhibit in major exhibitions around the world. As a self-taught artist, Rich has taken his love of different genres of art, from street art, pop art and comic books to pioneer a new fusion style which draws on all of his inspirations.
The use of his bold colour palette, hand drawn and hand cut stencils and reclaimed billboards that have been pulled down from the streets are proving Rich is both an innovator and highly collectable artists. Interest in work by Simmons has never been greater. In March 2018, a new record was established for a work by the artist at auction, when, xxxx sold for £52,000 at Christie’s in London.
Simmons has always used art as escapism. In 2008, he formed ‘Art is the Cure’ to spread a message of empathy through art as therapy. As mildly autistic himself, Rich understands the transformative power of creating art, and has used it to weather bouts of depression and anxiety. ‘Art is the Cure’ has since flourished with defiant opportunities to help other young people battle mental health problems.

About Imitate Modern
Imitate Modern is an urban contemporary art and photography gallery established in 2011. The gallery moved to Shepherd Market, Mayfair in 2016, and exhibits a line-up of artists, working in a vast range of mediums. What unifies artists at Imitate Modern are the skill and the drive to produce innovative, impeccable and sometimes controversial works of art, cementing their achievements in the next generation of industry leaders. The gallery directors have been serious collectors of contemporary art for over 20 years and proudly present a varied exhibition program that aims to inspire, excite and enthral. Exhibitions range from internationally acclaimed solo shows to debuts of young artists on the rise, but gallery’s intention remains the same – to help its clients build interesting and enriching collections, and most of all enjoy art in the most engaging way possible.