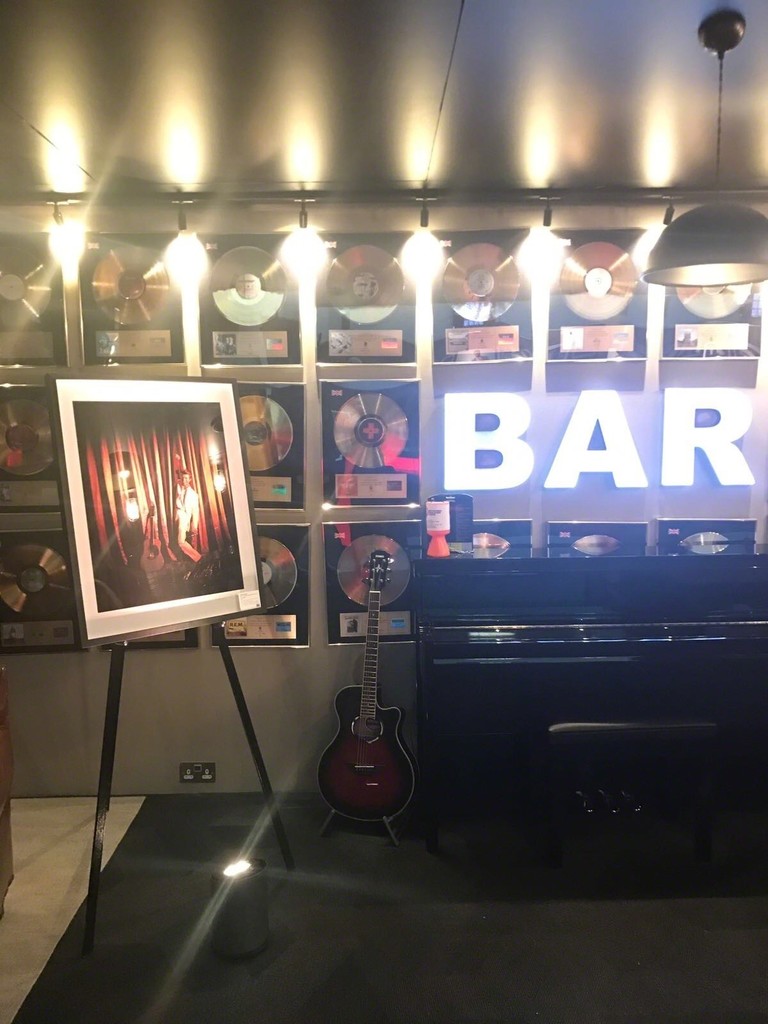 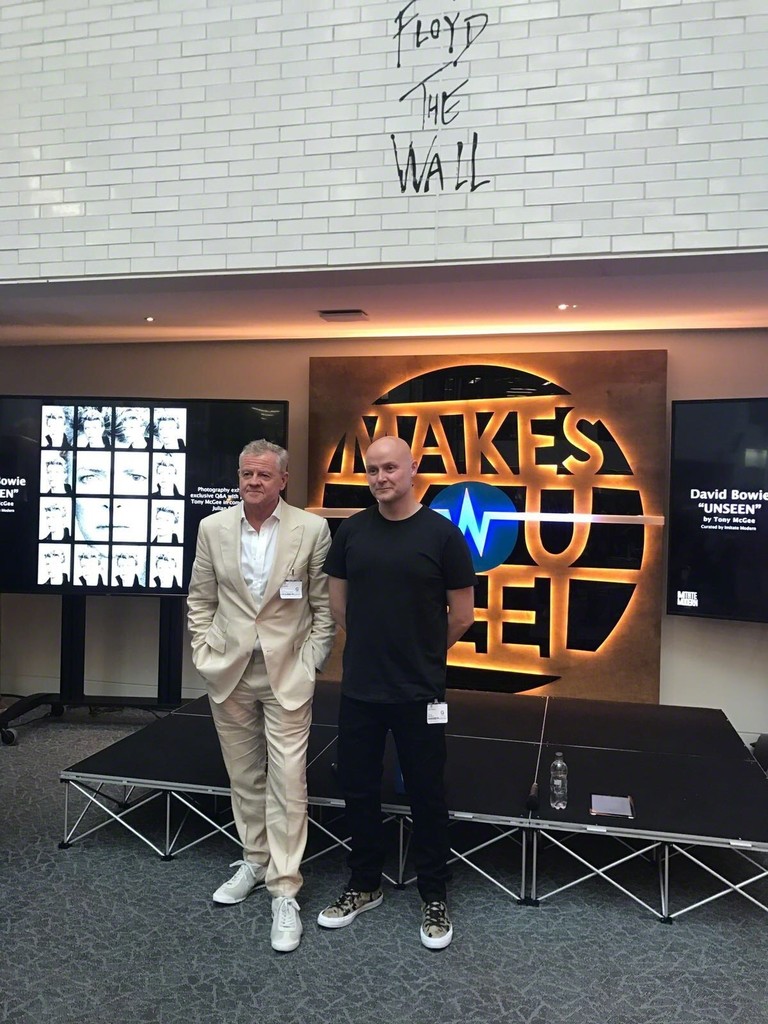 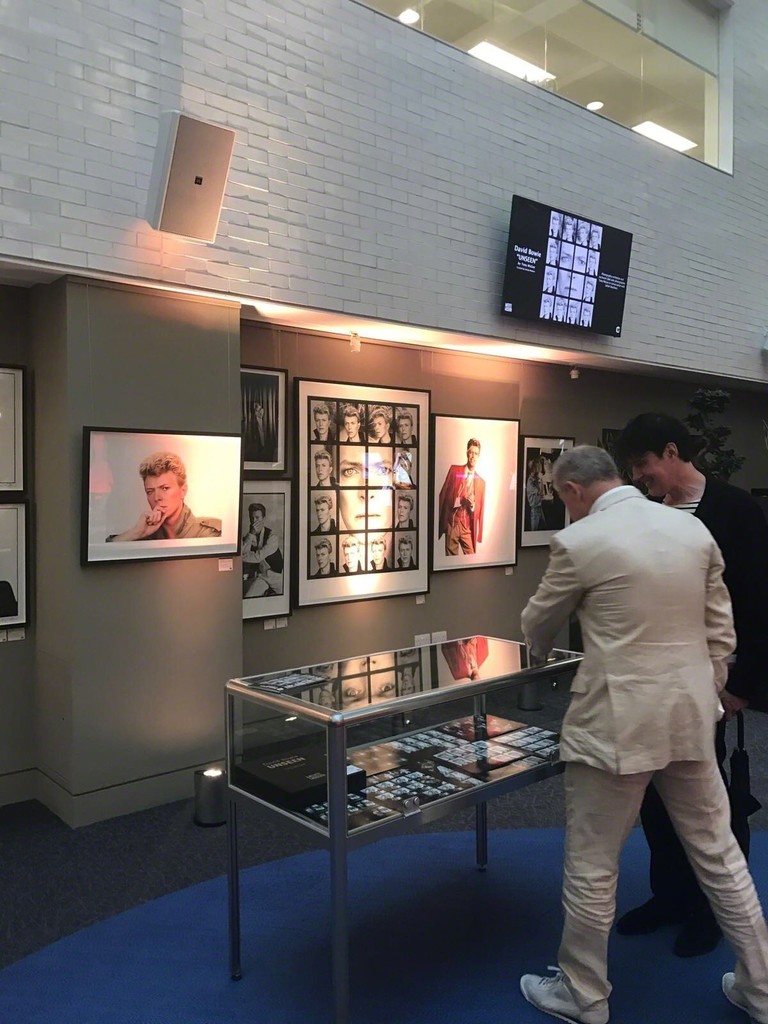 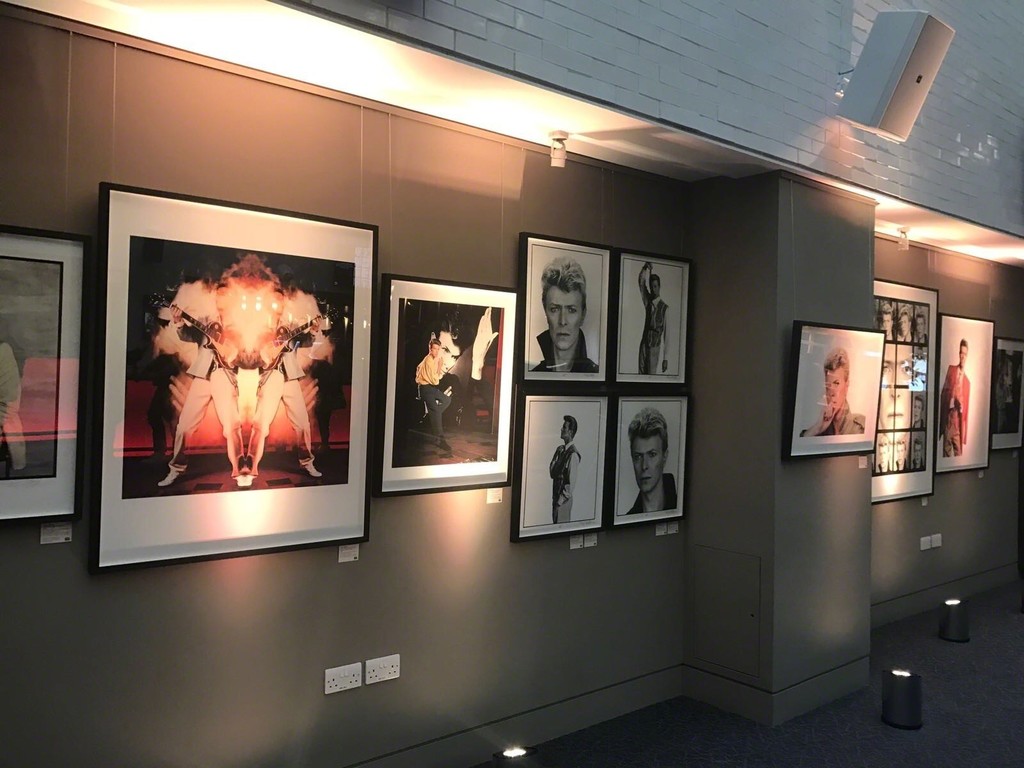 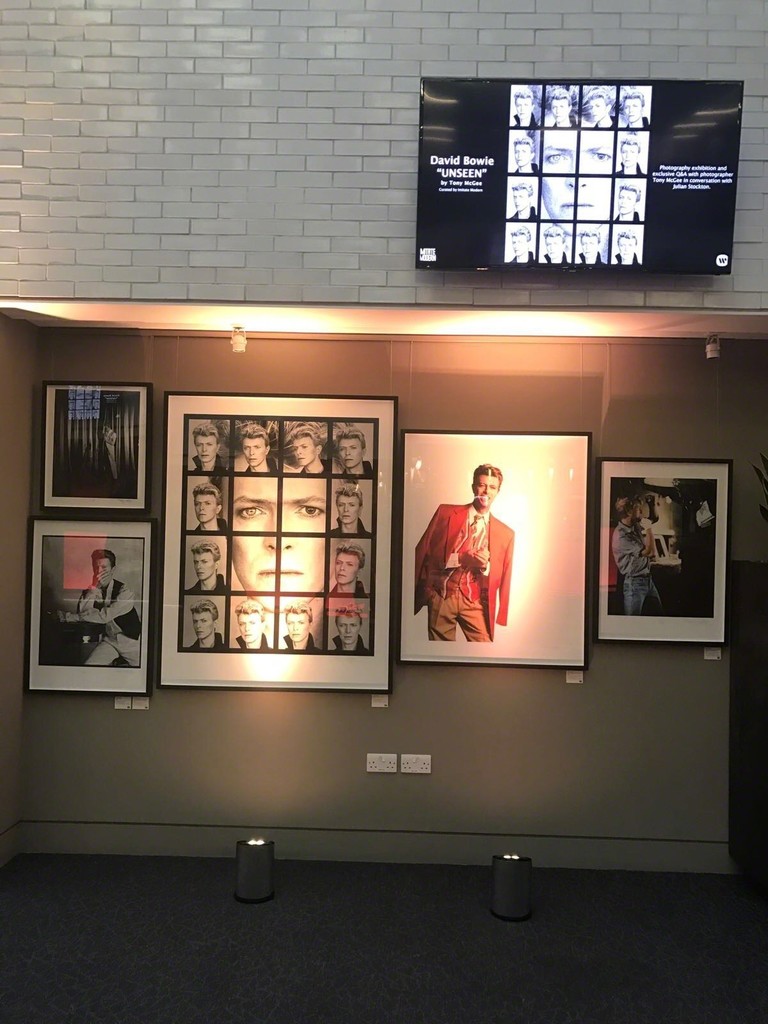 Imitate Modern is proud to present a solo exhibition of British photographer Tony McGee at Warner Music Headquarters in London, featuring a selection of photographs of David Bowie, some of which have never been seen or exhibited before.

David Bowie was one of the world’s best-selling artists and his image left a footprint in the minds of a few generations as one of the world’s most charismatic and recognizable figures. However, few have had the opportunity to photograph Bowie and even fewer knew him as personal as photographer Tony McGee, with whom he shared a very close professional and friendly relationship.

“David Bowie is an icon, probably the most inventive musician during the last 80 years. To have worked with him on such a personal level was an enormous honour, this collection of images are ' Unseen ' And they show David in his private 'off camera' moments.” - Tony McGee

McGee first met Bowie at a private cocktail party hosted by theatrical impresario and producer Michael White, where the photographer was introduced to Bowie by Jerry Hall and Coco Schwab. The two immediately bonded, building the beginning of a friendship that would span for more than 30 years. A few days after their first meeting Tony was contacted by David’s record company and the first of their many photographic shoots together was arranged. Their first collaboration was to shoot all of the publicity for the 'Let’s Dance' Tour, 1983, and their photographic relationship continued well into the 90s. One of the portraits of David Bowie by Tony McGee is in the permanent collection of National Portrait Gallery. McGee photographed one of David’s most famous covers for Face Magazine, which was regarded by GQ as one of the most the influential magazine covers of the 1980s.

Bowie was photographed by McGee on a number of occasions, and Tony would personally take the contact sheets from the photoshoots to Bowie who would the sign off on the images and put gold stars on the images of his choice. A number of the original contact sheets will be on display at Imitate Modern, in addition to a retrospective of portraits of David Bowie, many of which show a personal side of the musician, in contrast to the many characters that he impersonated throughout his career.

Tony McGee is a British photographer and filmmaker, whose career spans over four decades. He shot covers for Harper’s Bazaar and Vogue and travelled internationally photographing for publications such as British and American Vogue, Vogue Italia, Marie Claire, Cosmopolitan, Sunday Times Magazine, Rolling Stone and the New Yorker Magazine. He had the opportunity to assist the superstar photographer, Helmut Newton, on a number of projects in Paris and St. Tropez, and worked with him in the mid 1970s.

In 1980, McGee was awarded Best British Fashion Photographer of the Year. Since the 1980s McGee photographed various different celebrities, including the iconic fashion model Kate Moss and worked with the likes of Roxy Music, David Bowie, George Michael and Tina Turner.