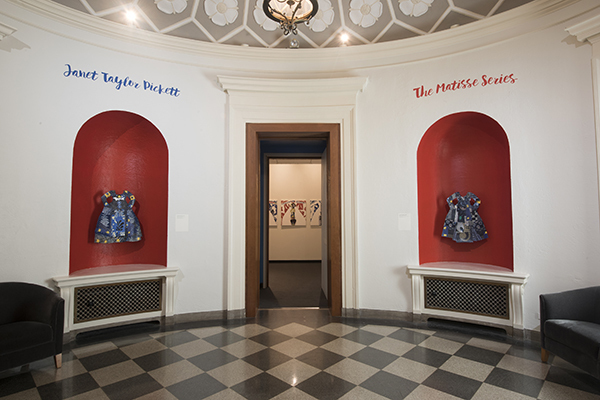 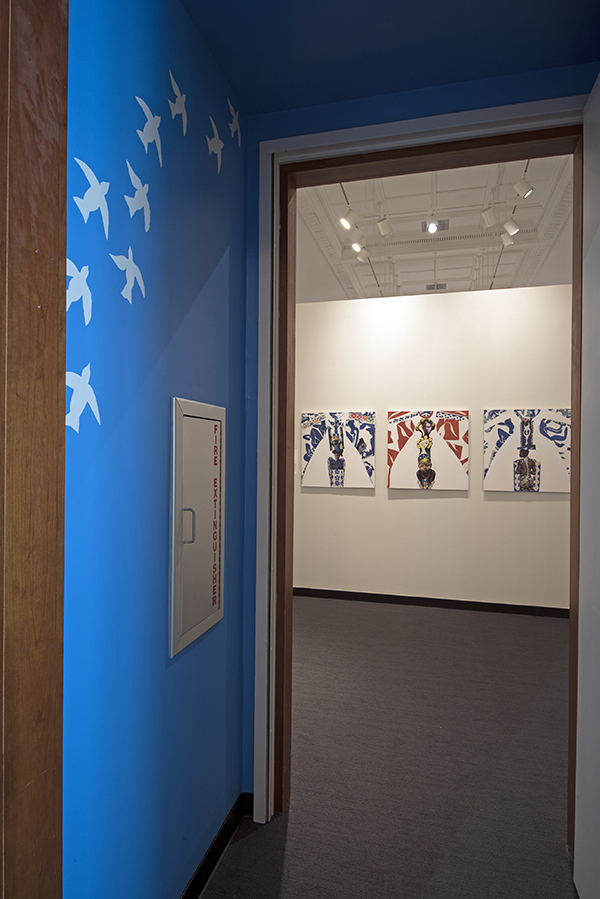 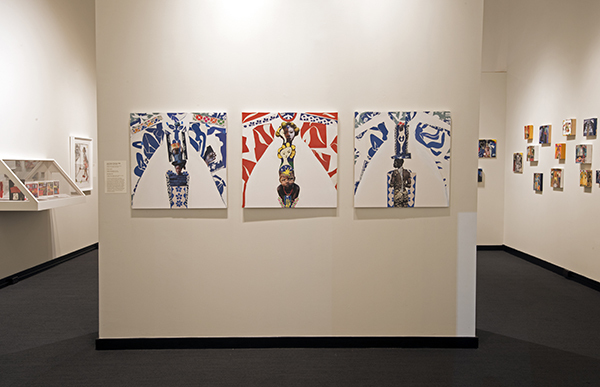 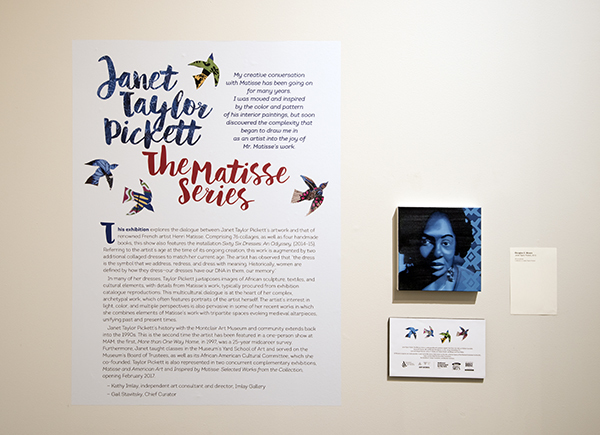 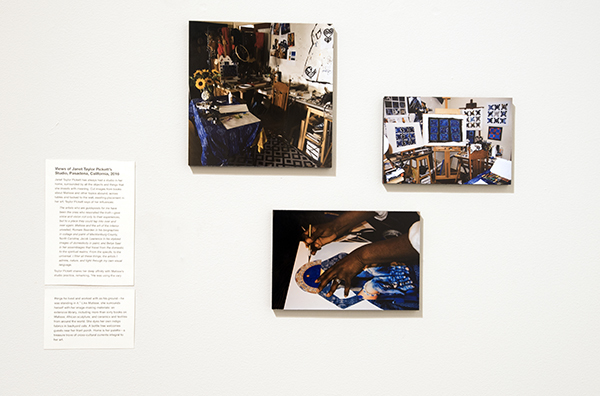 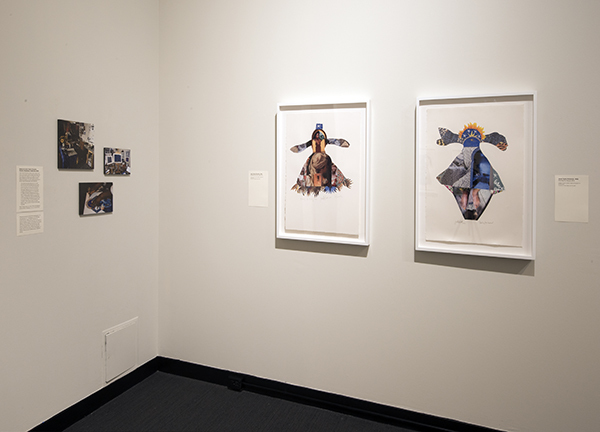 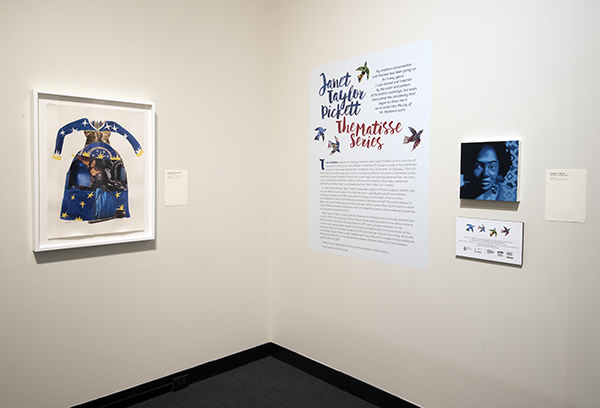 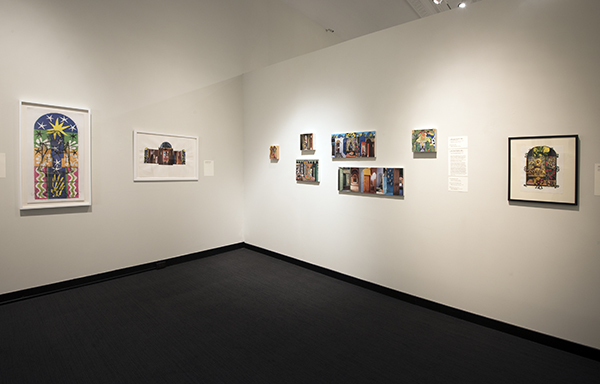 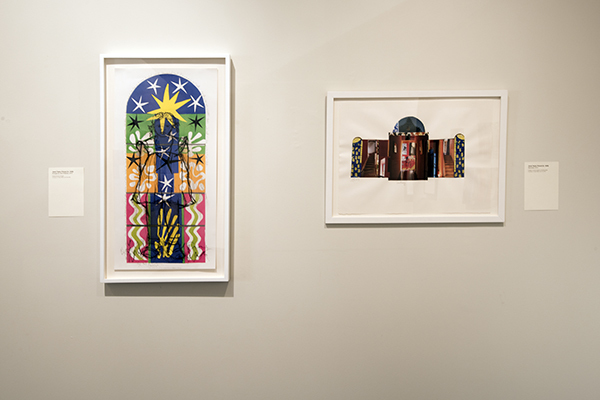 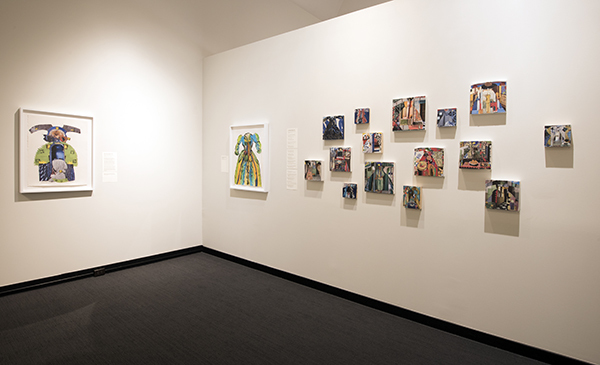 Janet Taylor Pickett: The Matisse Series explores the dialogue between Taylor Pickett’s artwork and that of renowned French artist Henri Matisse. Held in the Museum’s Roberts and Rotunda galleries, the exhibition features 76 collages, as well as 4 hand-made books.

“My creative conversation with Matisse has been going on for many years. I was moved and inspired by the color and pattern of his interior paintings, but soon discovered the complexity that began to draw me in as an artist into the joy of Mr. Matisse’s work.”

An additional highlight of the exhibition will be the installation of Sixty Six Dresses: An Odyssey, 2014-15. Referring to the artist’s age at the time of its ongoing creation, this work will be augmented by two additional collaged dresses to match her current age when the exhibition opens. The artist has observed that “the dress is the symbol that we address, redress, and dress with meaning. Historically, women are defined by how they dress—our dresses have our DNA in them, our memory.” In many of her dresses, Taylor Pickett juxtaposes images of African sculpture, textiles, and cultural elements, with details from Matisse’s work, typically procured from exhibition catalogue reproductions. This multi-cultural dialogue is at the heart of her complex, archetypal work, which often features portraits of the artist herself. The artist’s interest in light, color, and multiple perspectives is also pervasive in some of her recent works in which she combines elements of Matisse’s work with tripartite spaces evoking medieval altarpieces, unifying past and present times.

This is the second time the artist has been featured in a one-person show at MAM; the first More than One Way Home in 1997 was a 25-year mid-career survey. Furthermore, Janet taught classes in the Museum’s Yard School of Art and served on the Museum’s Board of Trustees, as well as its African American Cultural Committee, which she co-founded. Pickett will also be represented in two concurrent complementary exhibitions, Matisse and American Art and Inspired by Matisse: Selected Works from the Collection, opening February 2017.