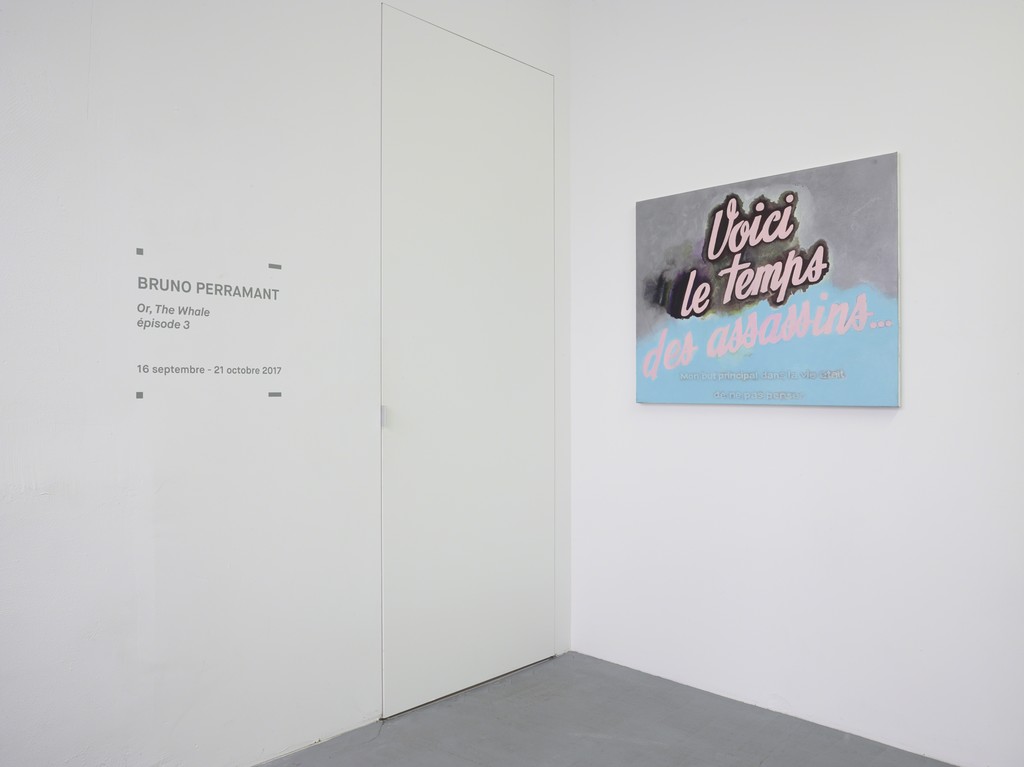 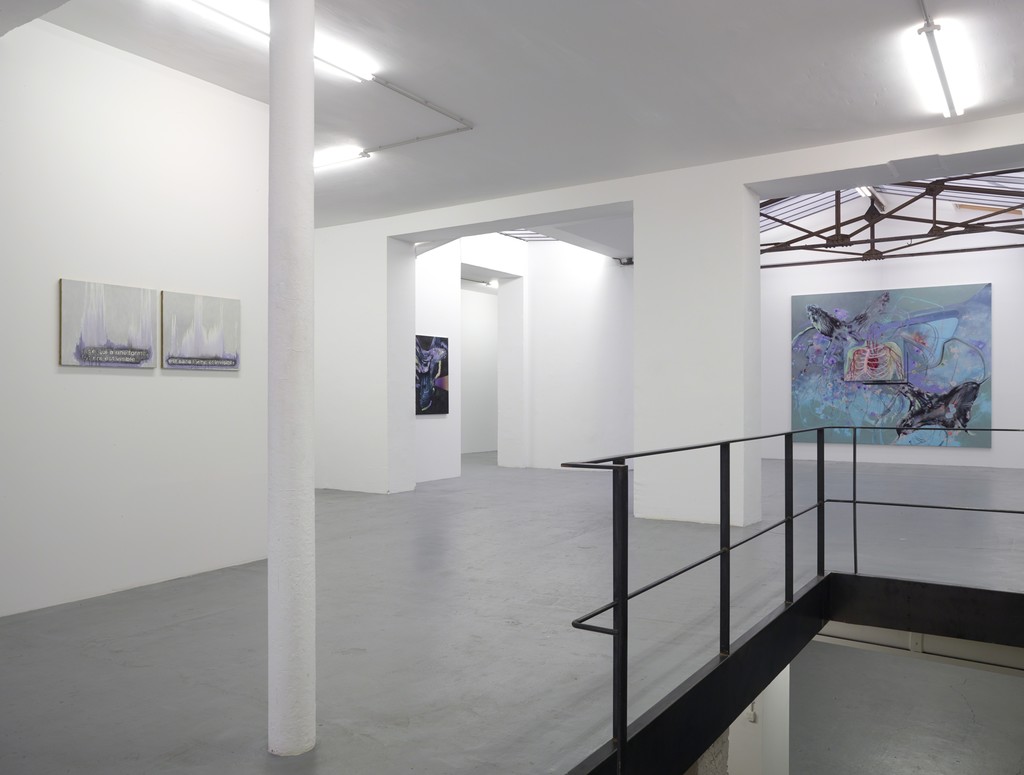 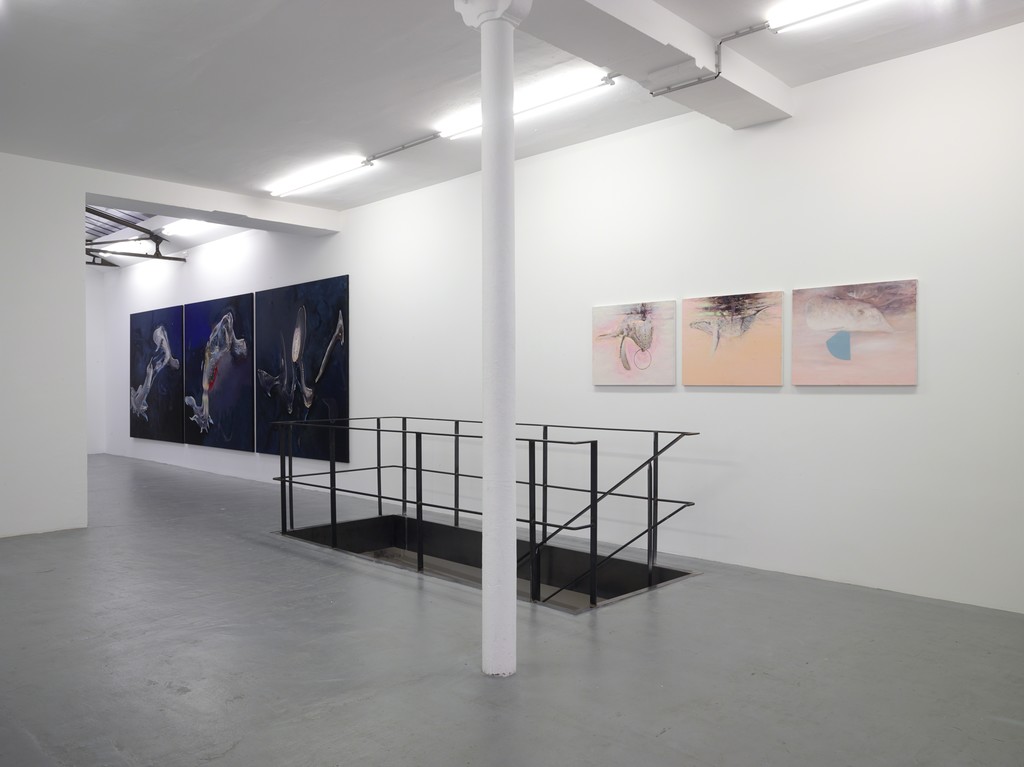 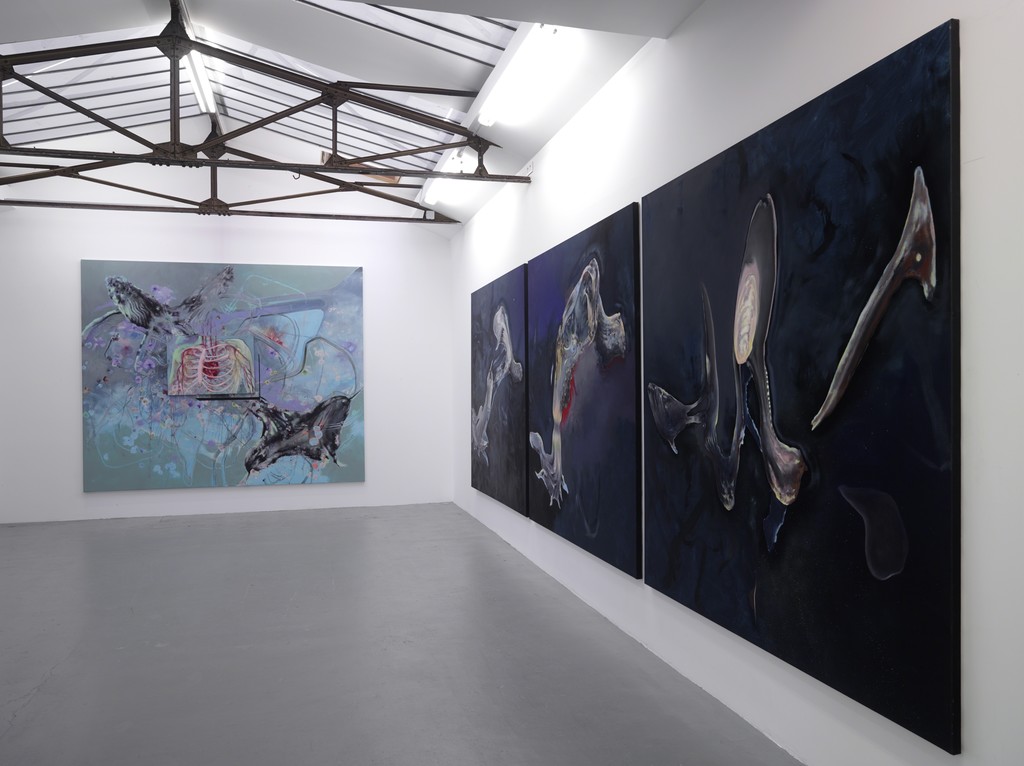 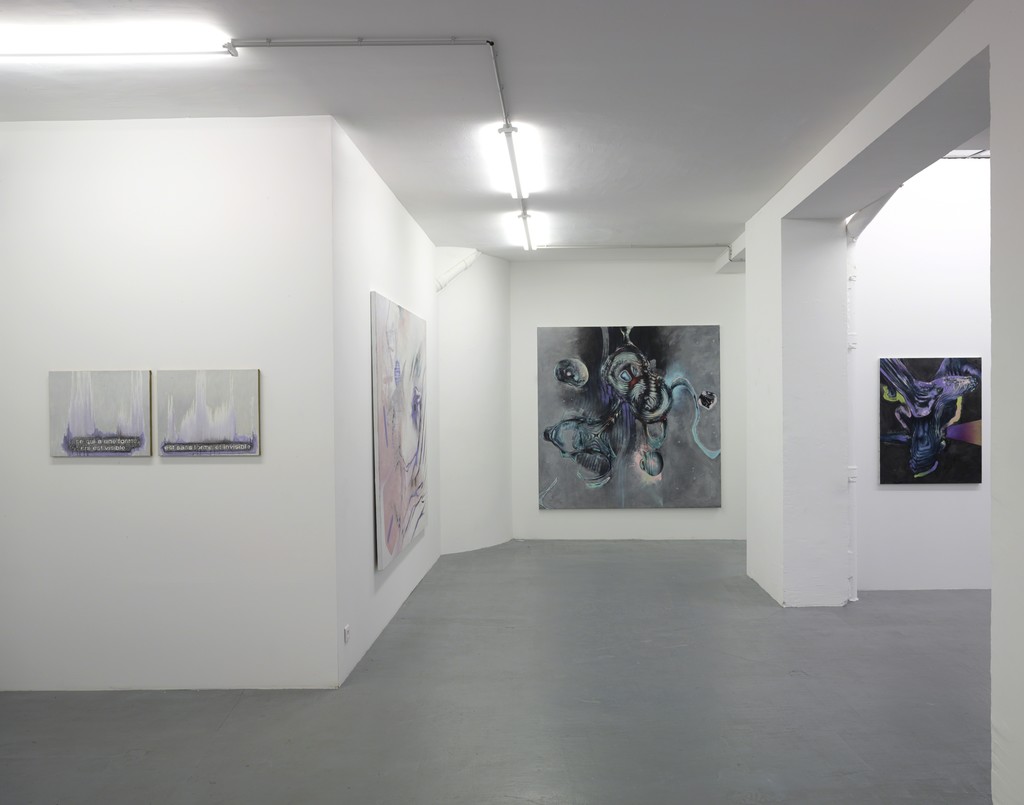 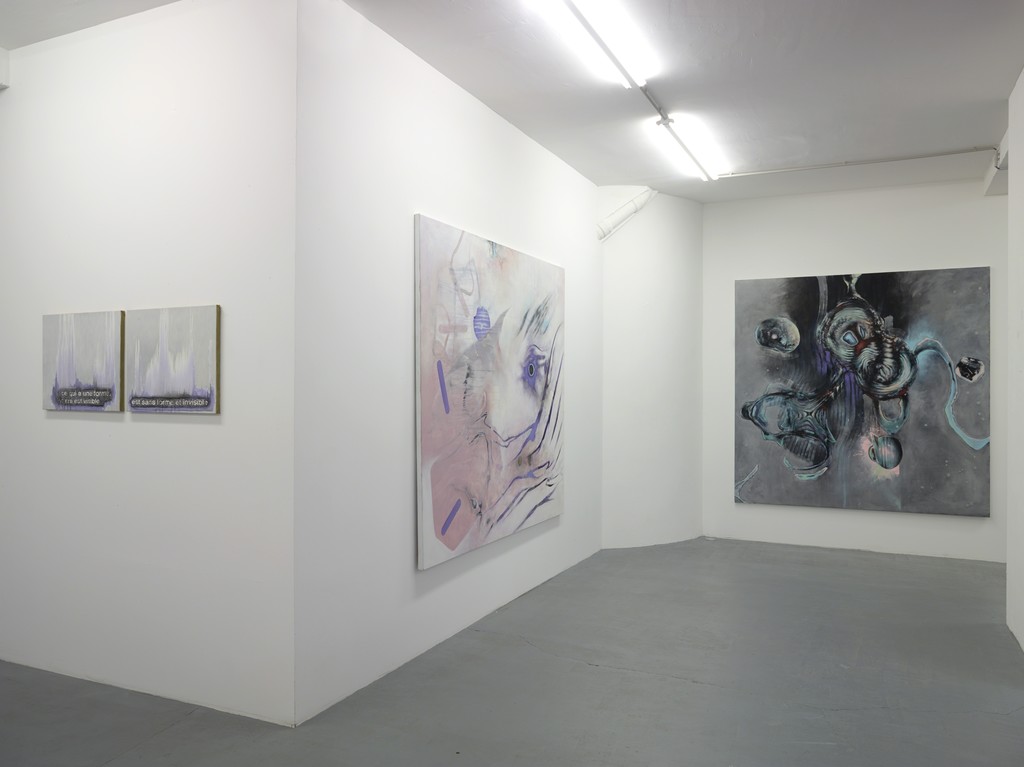 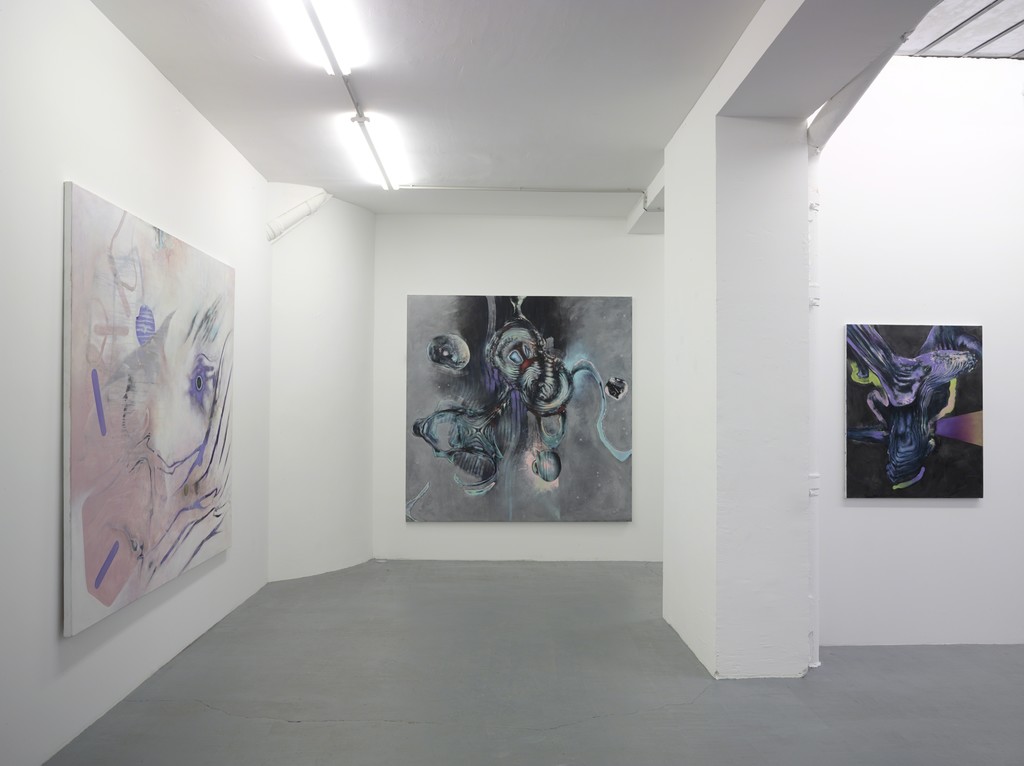 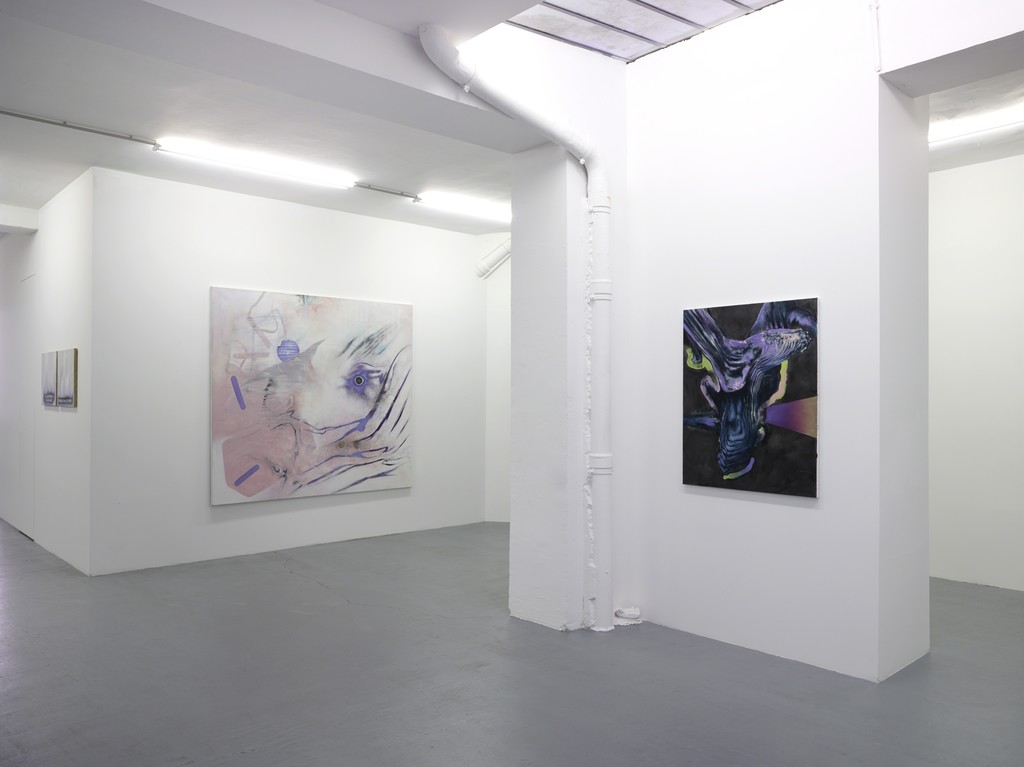 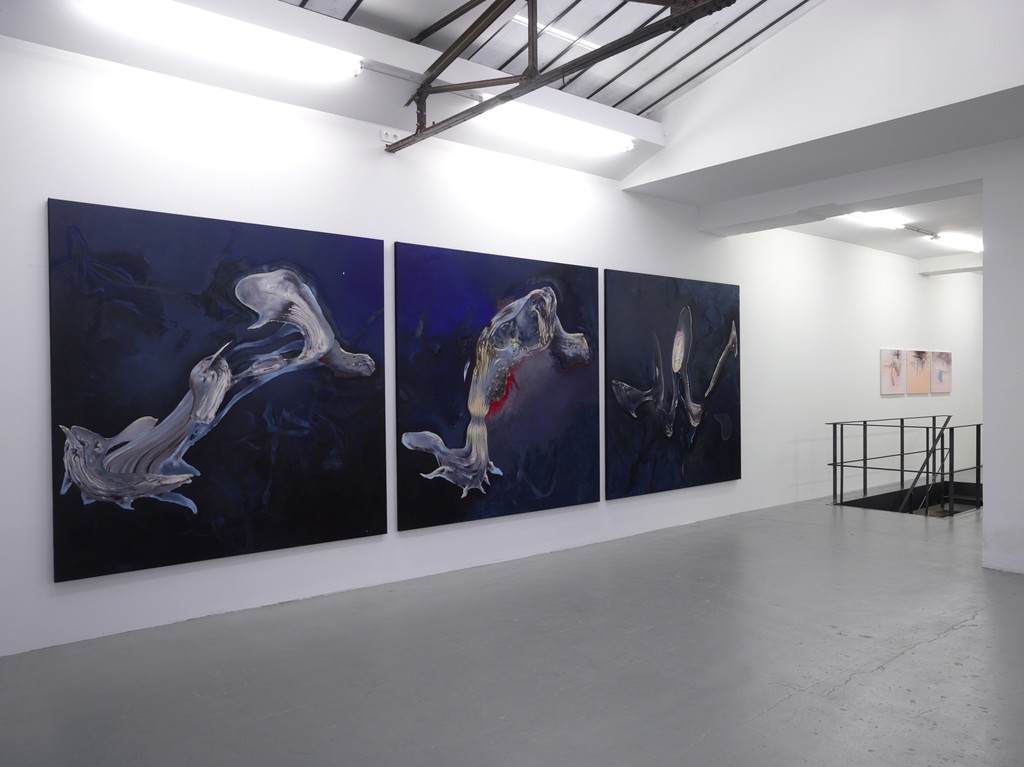 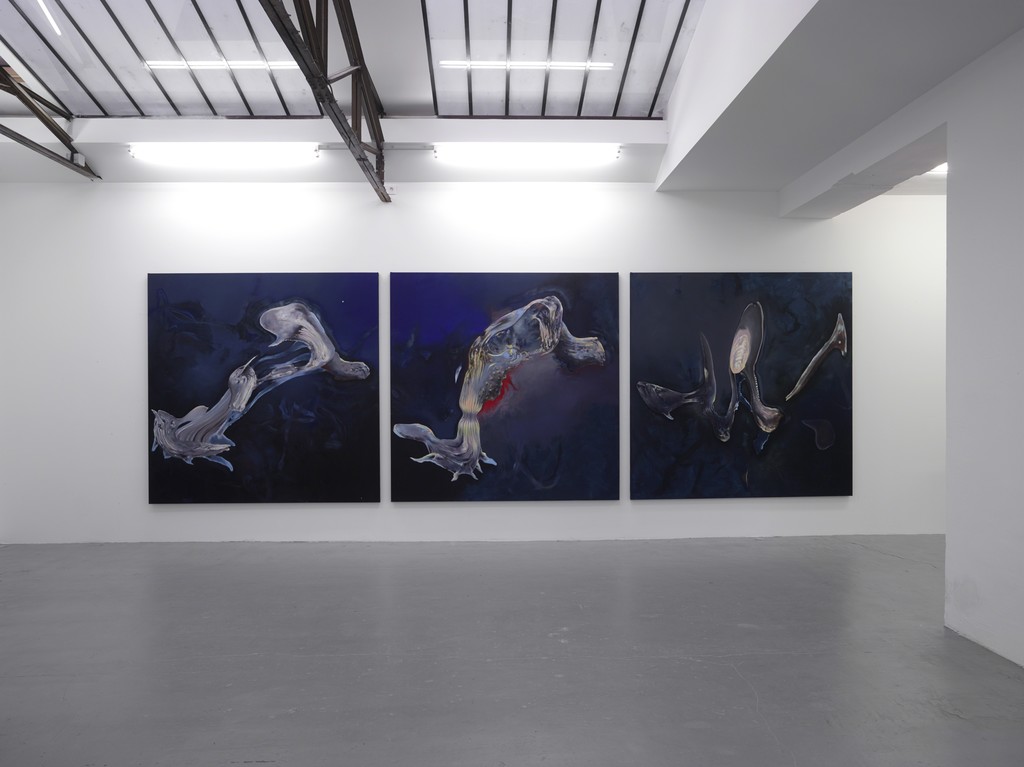 In the beginning… small canvases on which the form of the whale is still recognizable,
identifiable. Then, gradually, ovoid, dilated, tentacular forms or spirals are deployed
on the canvases, while the “Unnamable Beast” surges out of the bottom of the
abysses. Here, the form is dilated over a large picture, while at its very heart, a
small picture inserts the image of a rib cage, bones and heart – the heart, once again
– that we can make out beating under the bony ribs. The pale yellow, pink and mauve
splotches burst like bubbles on the surface of the canvas. In two other canvases, the
mauve color predominates. In one, the whale stares wide-eyed at the viewer, while in
the other, eyes and tentacles multiply. Elsewhere, the canvases play on circularities
and dilations: the Beast pours out, unfolds, sometimes like an octopus. But if
the form dissolves in Or, The Whale, it could not nonetheless make reference to the
“shapeless,” that category – or non-category – promoted by Georges Bataille. Because
the shapeless in Bataille is always a powerful act of negativity that is connected to
“baseness” and “transgression.” Nothing of this sort can be found in Perramant, in
whom the shapelessness of the whale always proves to be of infinite gentleness. One
of the most deeply moving triptychs is perhaps in this sense Le Lazare. The sea forms
are deployed in a hypnotic manner, on hard blue grounds, while at the heart of the
triptych is a blood red blaze – heart of the whale, heart of the canvas, heart of the
painting. Life and wounds at the same time.
Dominique Baqué Glissements progressifs de la peinture (extract) monograph, Bruno Perramant,
Éditions du Regard, to be published late October 2017