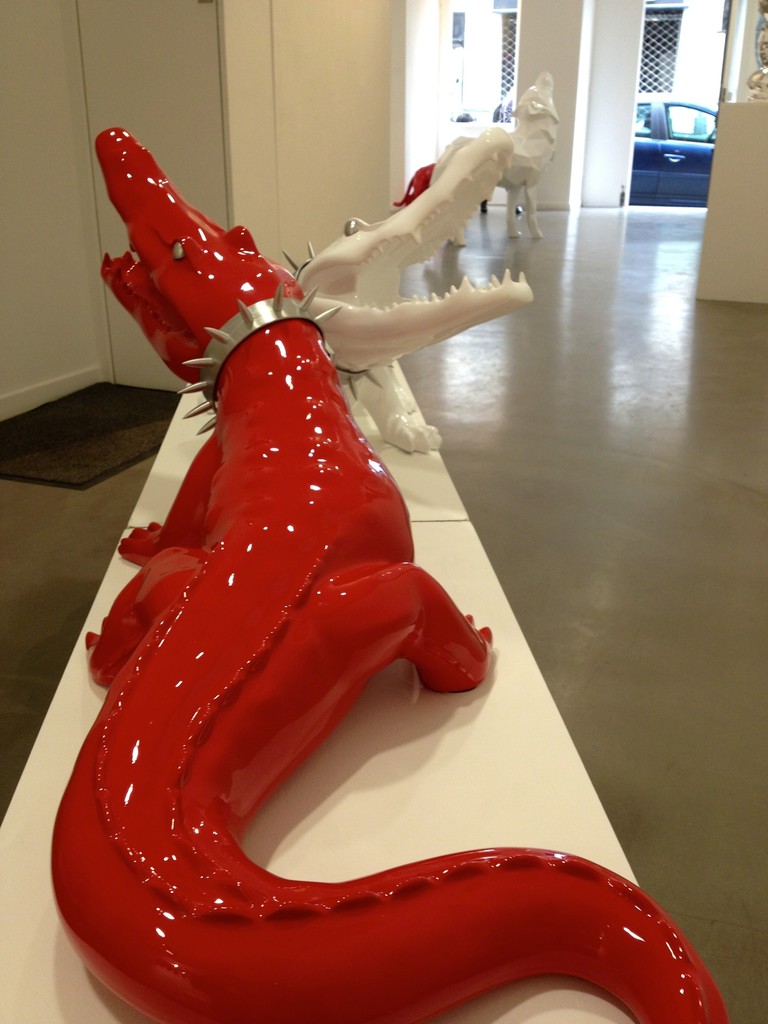 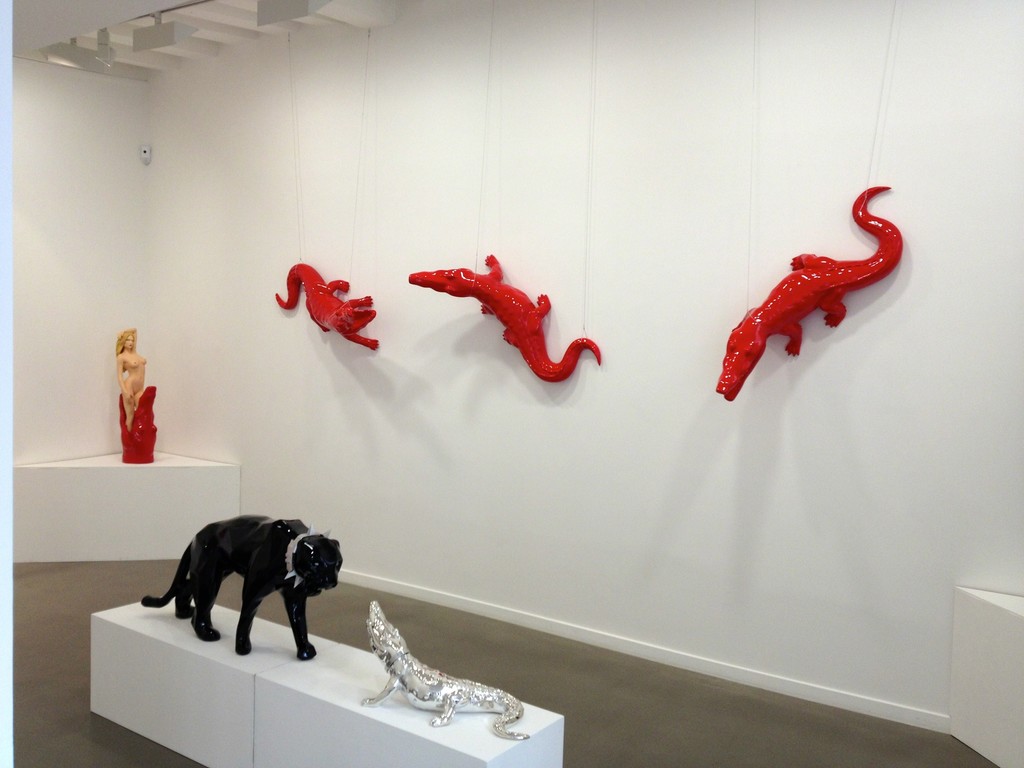 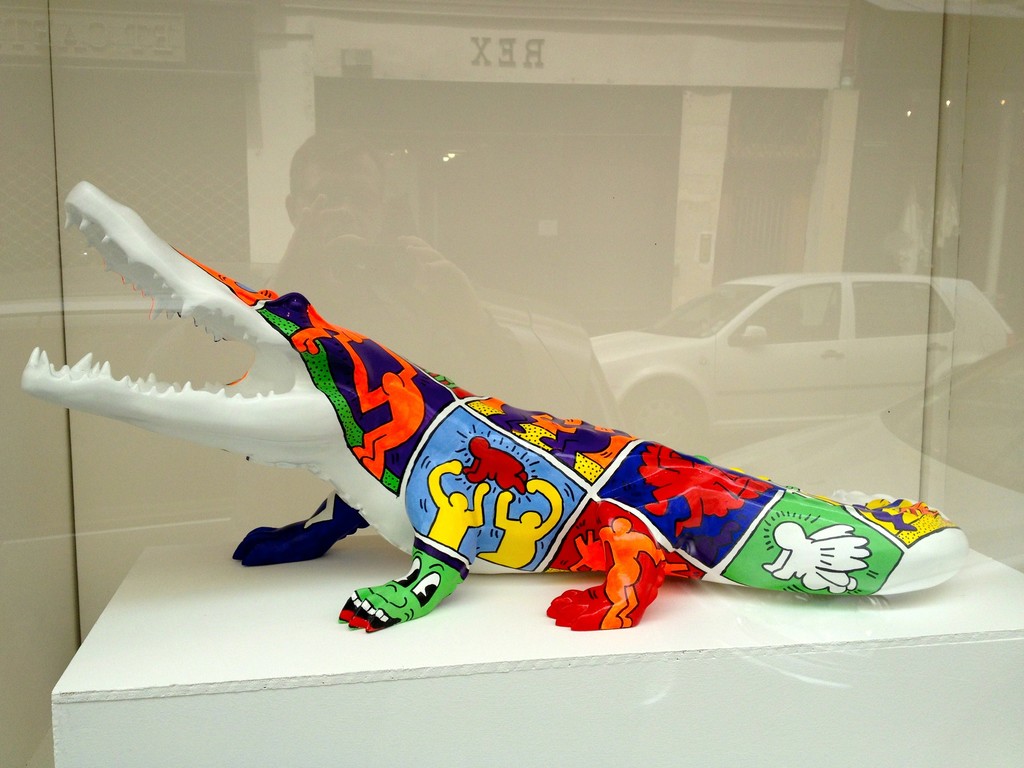 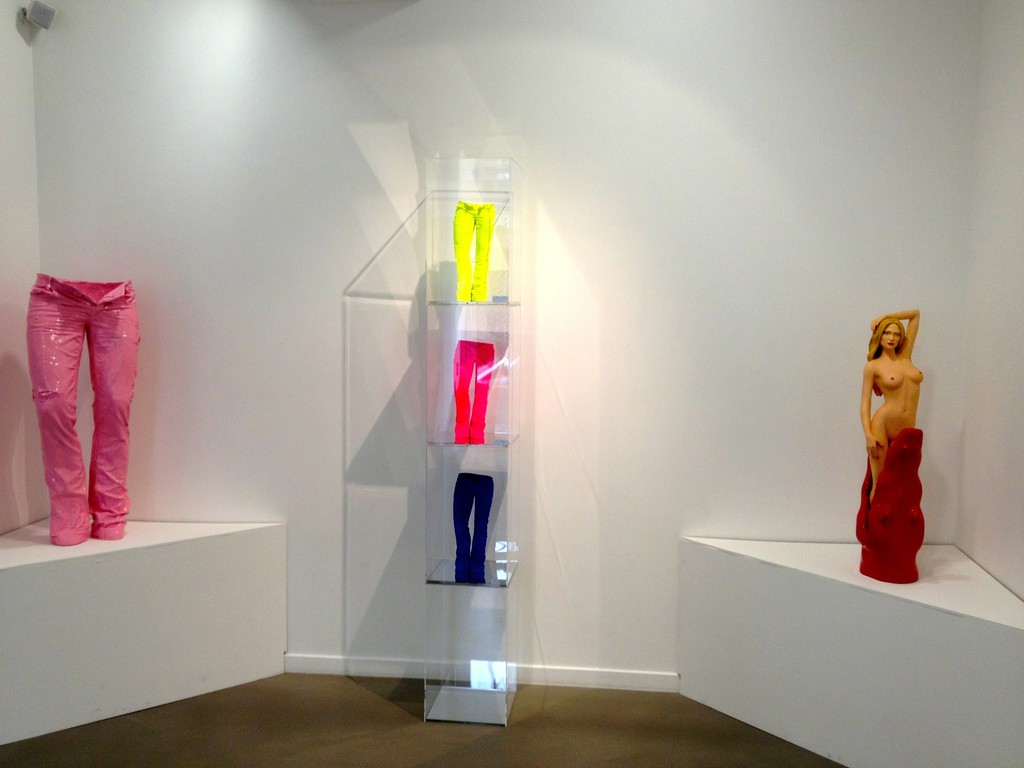 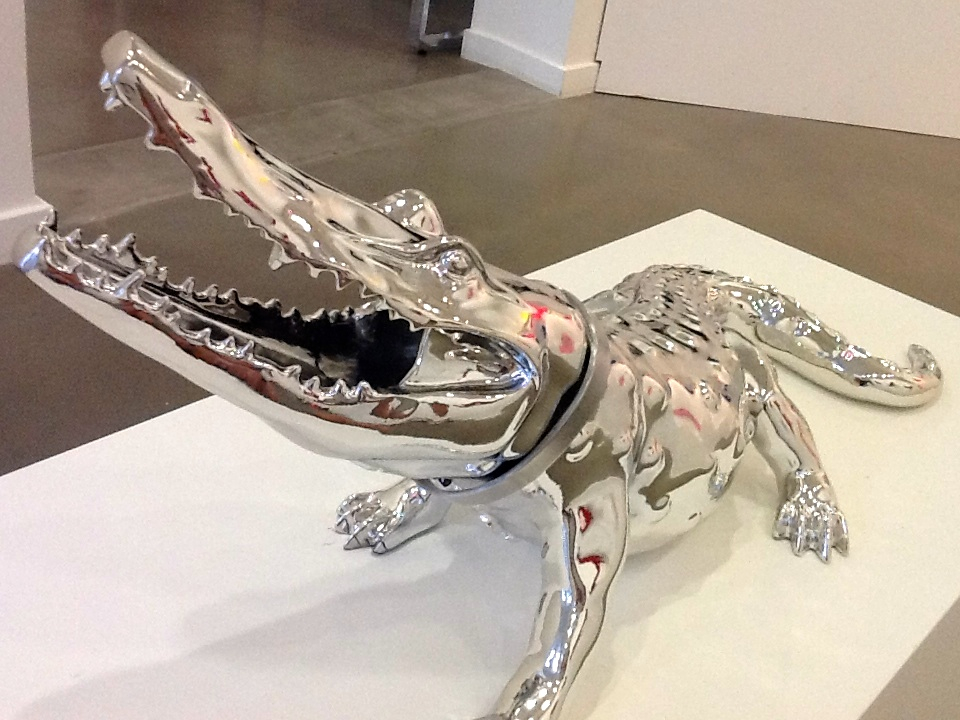 For several years now, Richard Orlinski has been creating his own universe composed by animals that fascinated him: crocodiles, panthers, wolves and bears. They all belong to the concept called "Born Wild".

In order to transcend reality, he creates works of art that are beautiful, timeless, and arouse emotions.
He plays with the proportions of the animals to give them strength, ferocity and this power characterizing wild beasts.

Inspired by the Pop Art Movement, the artist created his wardrobe (jeans, perfectos and stilettos) and his bestiary, with the Wolf, the Tiger, the Bear and lately, the Lion.
Richard Orlinski never runs out of ideas and likes to be constantly creating. He uses different materials such as aluminium, resin, glass or bronze, etc…
Colors are also an important feature in his sculptures. He does not hesitate to use a bright red or a matt black to amplify the strength of the animal.

He worked with the French chocolatier Jean-Paul Hévin and presented a four-meter tall chocolate Kong at the Salon du chocolat in 2014. He did the same in 2015 with a six-meter tall bear made in collaboration with the pastry chef of the Pré Catelan restaurant, Christelle Brua.

His pieces are noticed by art collectors and the prices of auction sales for his artworks are constantly increasing. In March 2016, the Tiger lace was sold for 980.000€.

Richard Orlinski's works are everywhere, from the festival de Cannes to the TV show “The Voice” with the gigantic headphones, from the bear on the slopes of the Courchevel ski resort to the guitar that he offered to Paul McCartney for his last concert in Paris.

In just a few years he became one of the most sought-after artists. According to Artprice’s Art Market Report, he is ranked 141 on the top 500 contemporary artists.

Richard Orlinski is one of the best-selling contemporary artists in France. In 2015 he was ranked number 1 of the best selling French artists for 2014/2015.