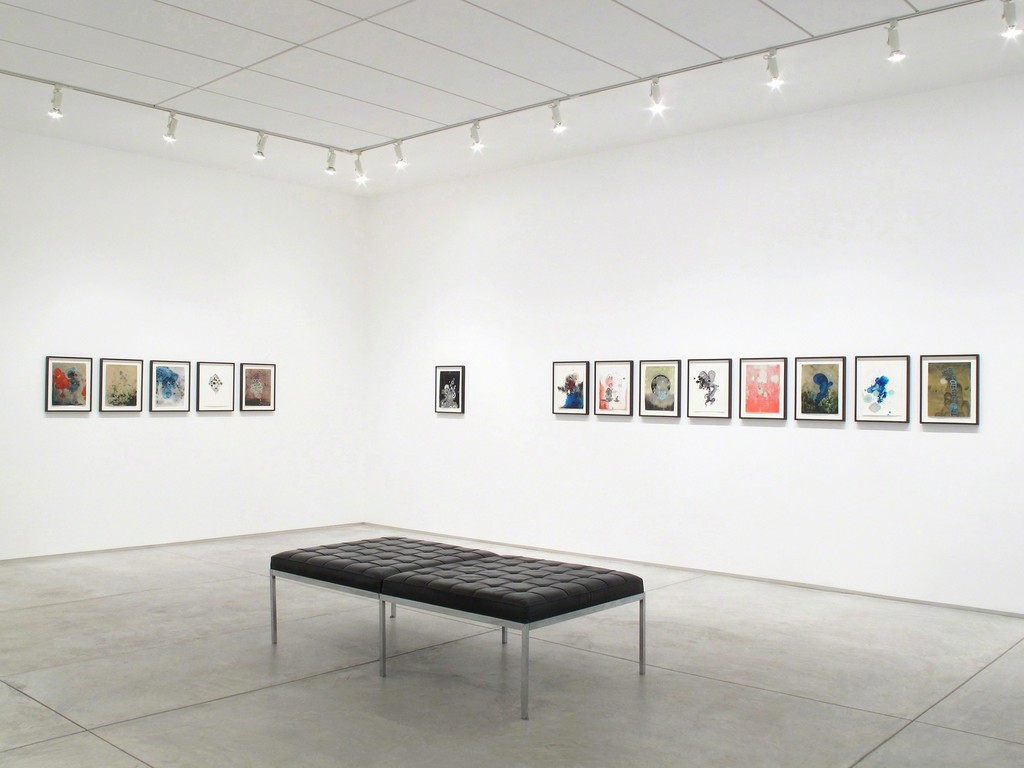 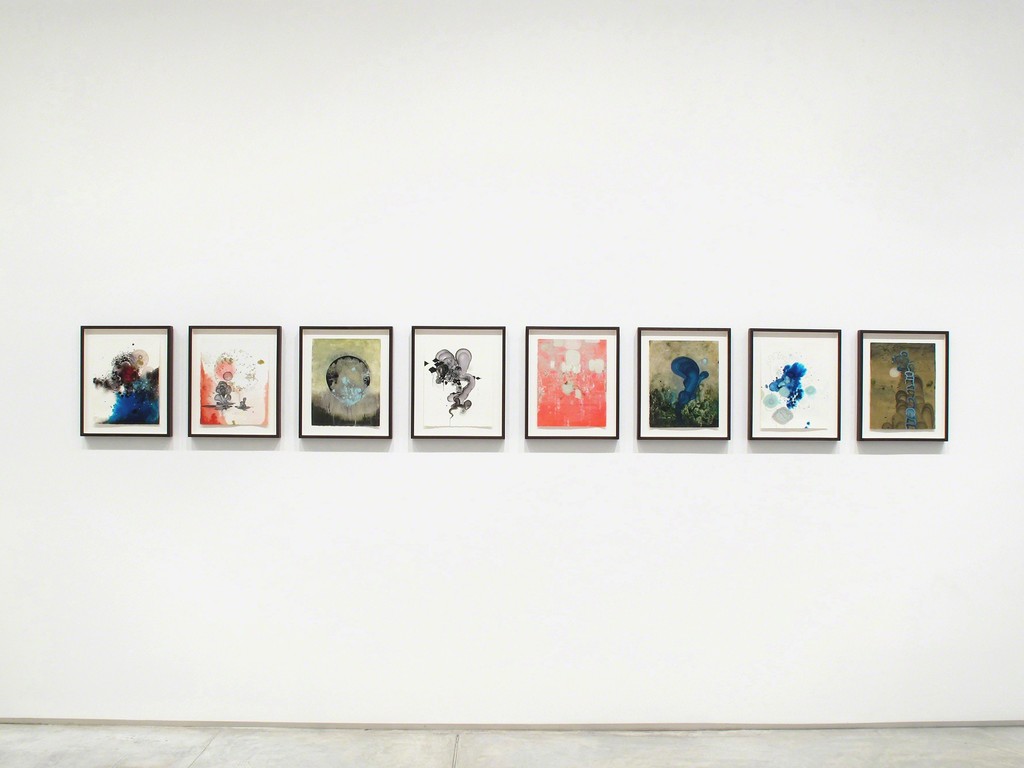 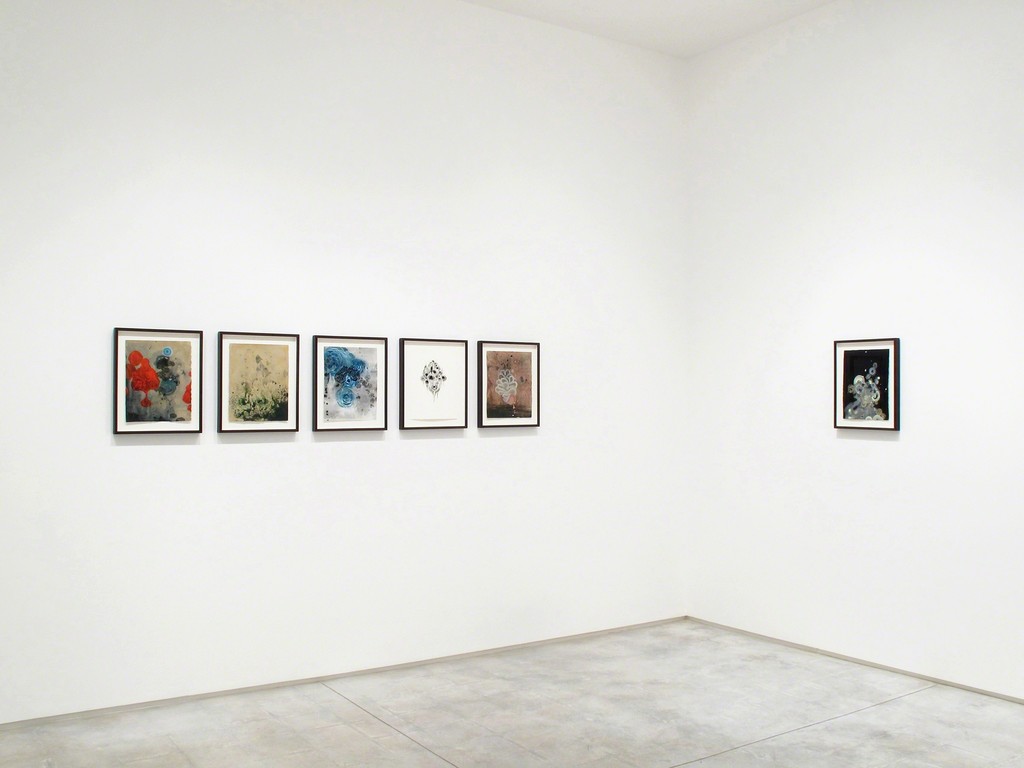 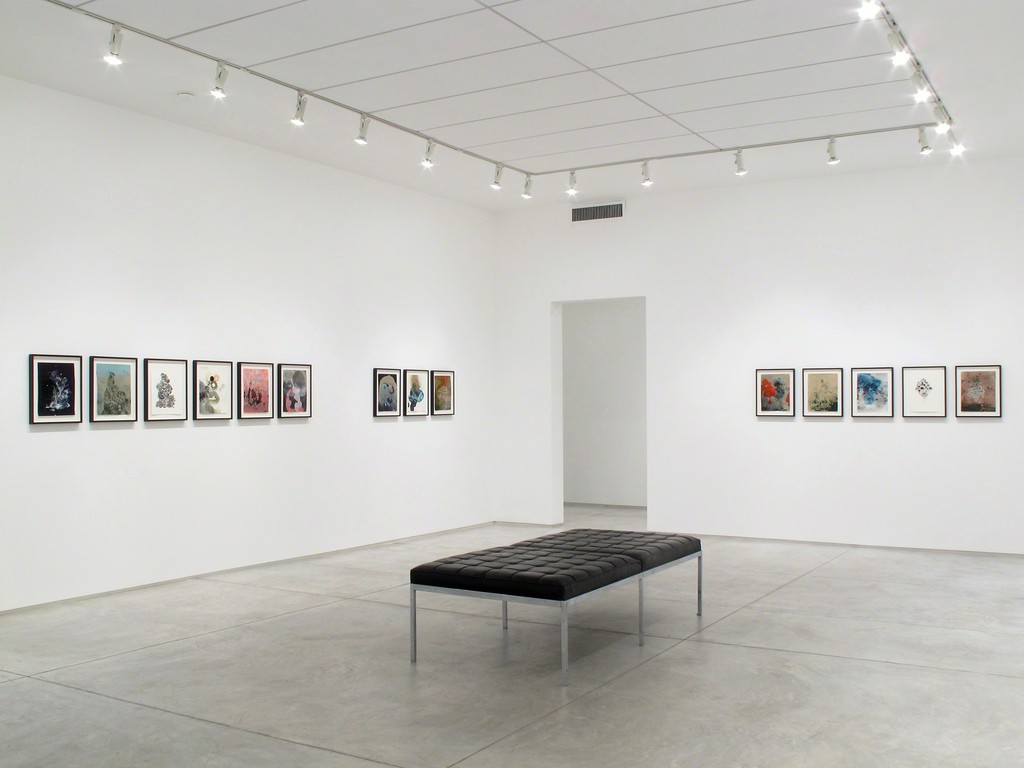 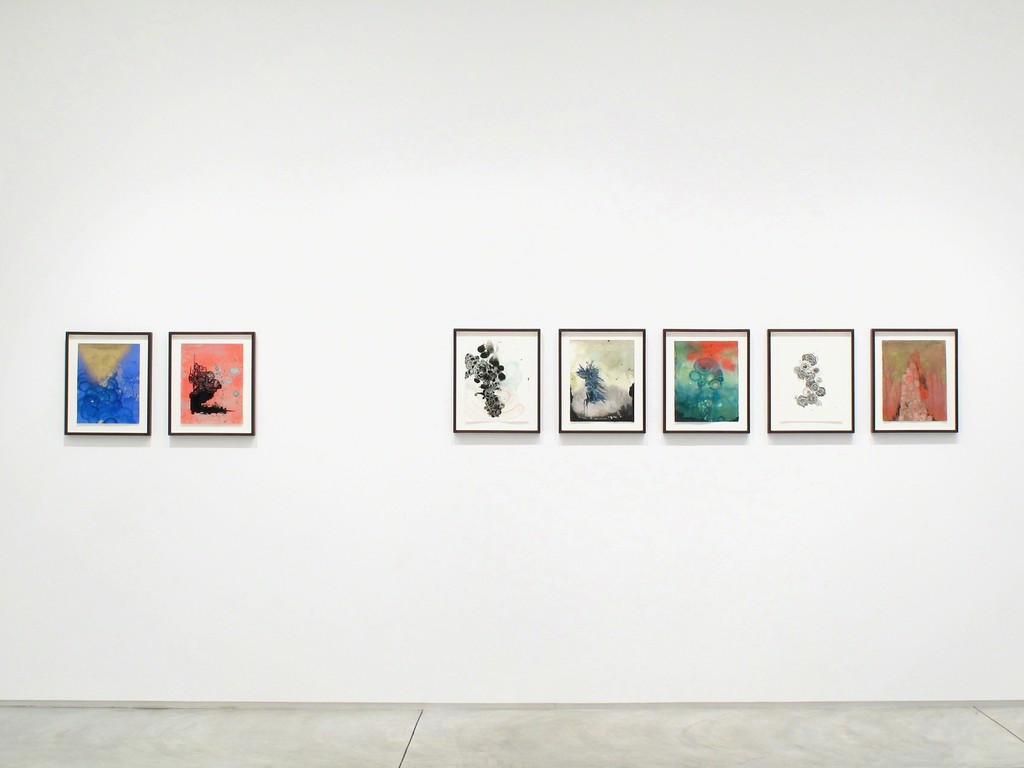 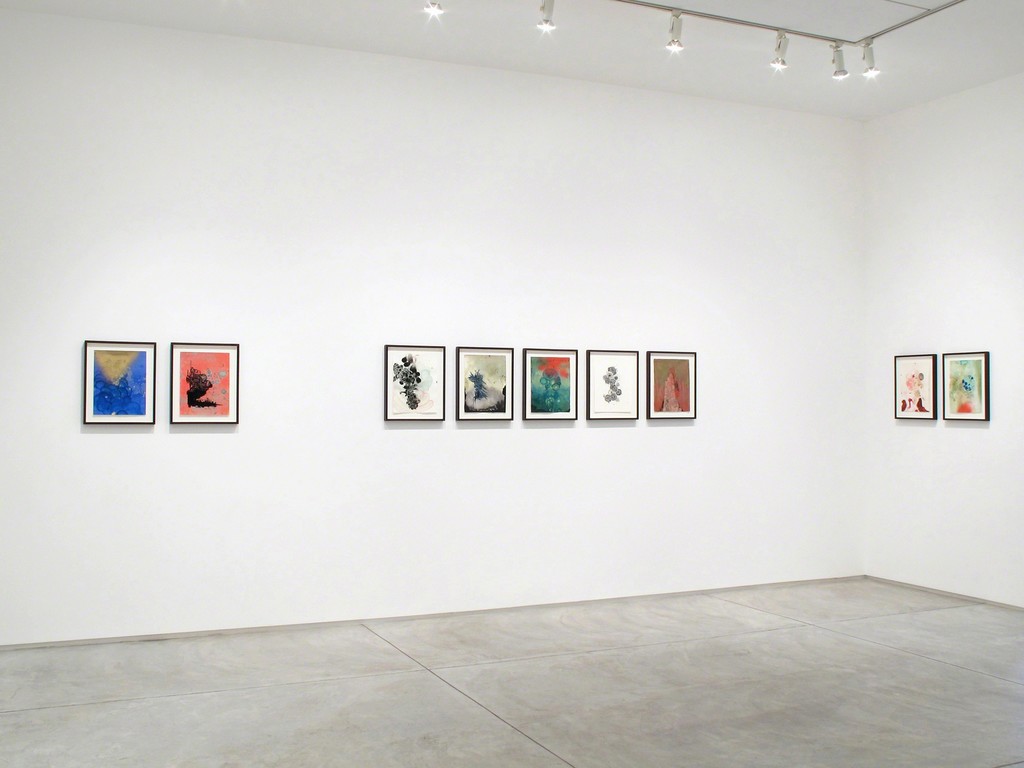 Inman Gallery is pleased to present "Pavo" by Darren Waterston. This will be Waterston’s eighth solo show with Inman Gallery. The shows opens Friday, April 10th with a reception from 6 to 8, and continues through May
22nd.
The peacock is a fitting totem for Aestheticism, the 19th century flowering of art and design that
championed “art for art’s sake.” It is nature’s foul-tempered dandy, a marvel of inefficiency, and a rebuttal
of the idea that an animal’s grace is purely functional. The peacock’s job is splendor.
James McNeill Whistler’s Harmony in Blue and Gold: The Peacock Room was perhaps the bird’s
Victorian high point. In 1876, shipping magnate Frederick Leyland hired Whistler to touch up his dining
room. But the artist’s ambition ballooned when his patron left town, and nearly every surface got a
makeover. Whistler applied golden blossoms to the wall panels, a green feather pattern to the ceiling, and
four massive gilt peacocks to the shutters. Leyland balked at the price of this enlarged (and unsolicited)
project, and a wounded and vindictive Whistler finished the room with a mural that recast the former
friends as bickering peacocks. The analogy is spot-on and surprisingly self-aware: pride, pettiness and
excess abounded on both sides of the argument.
In 2013, Darren Waterston undertook a full-scale reimagining of The Peacock Room, entitled Filthy Lucre.
Emulating Whistler’s energy and conviction, but informed by the room’s history and the larger social
inequity it broached, Waterston’s version is a deliquescent grotesque, in which self-justifying
connoisseurship turns to self-destructive indulgence. Dripping with gold leaf, glutted with paint, the room
buckles under its own opulence.
Waterston’s new works on paper, named Pavo after the peacock’s genus, extend Filthy Lucre into a more
nebulous realm. Where Whistler bounded his spectacle in a decorative motif, Waterston feels no such
constraint. The stylized flowers, blue-green palette, and peacocks are unmistakably Whistler’s, but the
dimension they inhabit is a vaporous primeval fever-dream, perpetually reinventing itself. Acid pink mists,
sprays of ink and gouache, black blooms of acrylic, and mutating animal hybrids swallow and reconfigure
the original Victorian ornaments. The ambition that first took root in Leyland’s dining room is at the point
of being overripe.
How much is too much? In 1904, industrialist Charles Lang Freer moved The Peacock Room to his home
in Detroit, ushering Whistler’s masterpiece into the American Gilded Age. Waterston notes the parallel
between that time and our own, but back then the excesses of Aestheticism had a rebellious
undercurrent: the buttoned-up Victorian social order needed a shot of libertine exuberance, a return of the
repressed. In our own time that release has been co-opted into a complacent acquisitiveness. Is
unapologetically permissive art still worthwhile?
Waterston’s use of the peacock’s scientific name is worth noting here. It reminds us that a peacock is an
animal after all. Whistler had little use for unmediated nature; he saw it as raw material, unremarkable
without an artist’s intervention. And his peacocks, though dazzling, have none of the mystery and menace
of a real, living creature. By contrast, Waterston’s birds, sometimes barely recognizable, are palpably
animate. His paintings flutter, squabble, sprout and rot with a liveliness that too much refinement would
extinguish.
In taking on The Peacock Room, and with Filthy Lucre especially, Waterston both honors and questions
Whistler’s extravagance without passing final judgment. There is real value to unfettered creative
expression, but headstrong self-advancement can sometimes go too far. The Pavo works retain that
ambiguity while suggesting another system entirely. They supplant dysfunctional social Darwinism with
real animal struggle, and ruinous economic cycles with more primordial forces. Waterston’s world is
definitely scarier than Whistler’s. It is more candid about the bargain between art and commerce, and
strikes a truer balance between creation and destruction. But underneath that decay is a primal vitality
that, while threatening, is also promising.