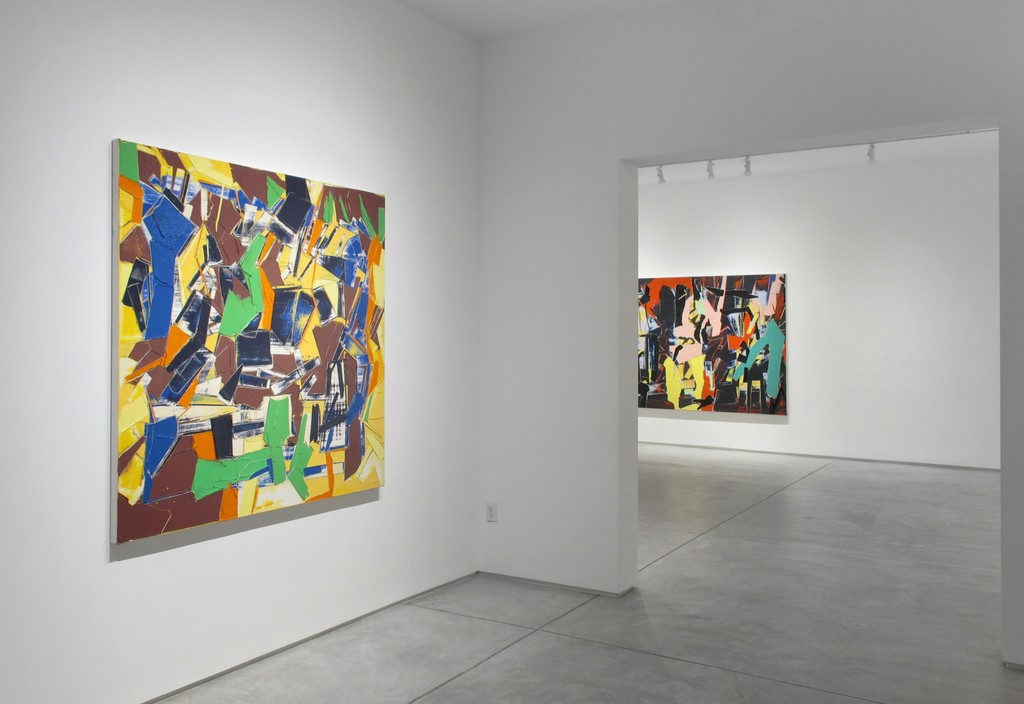 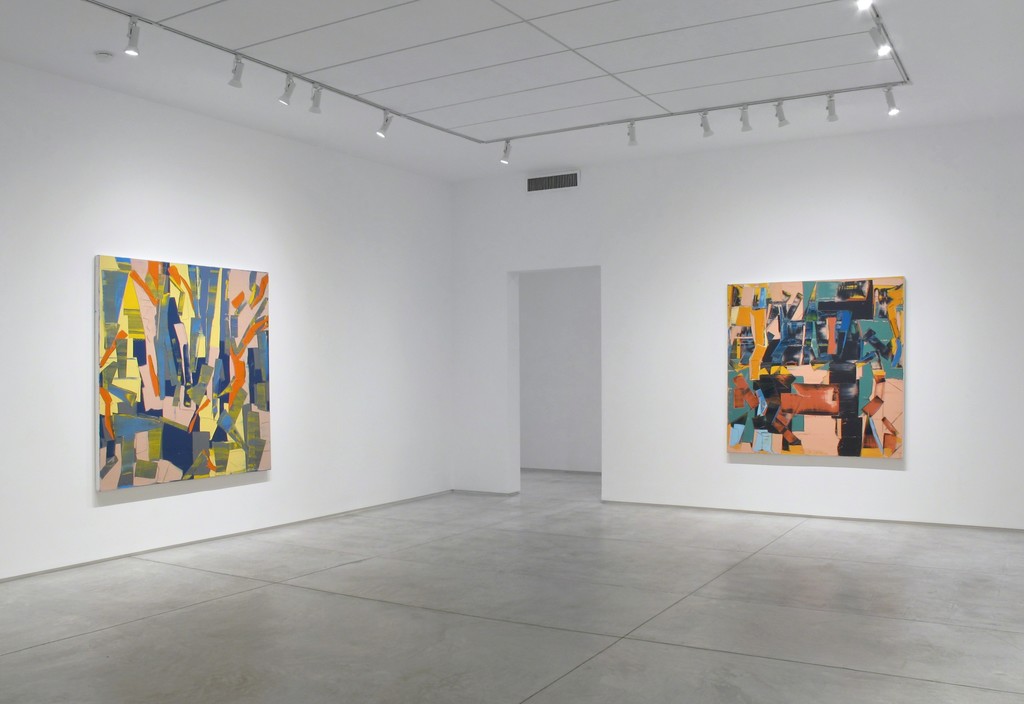 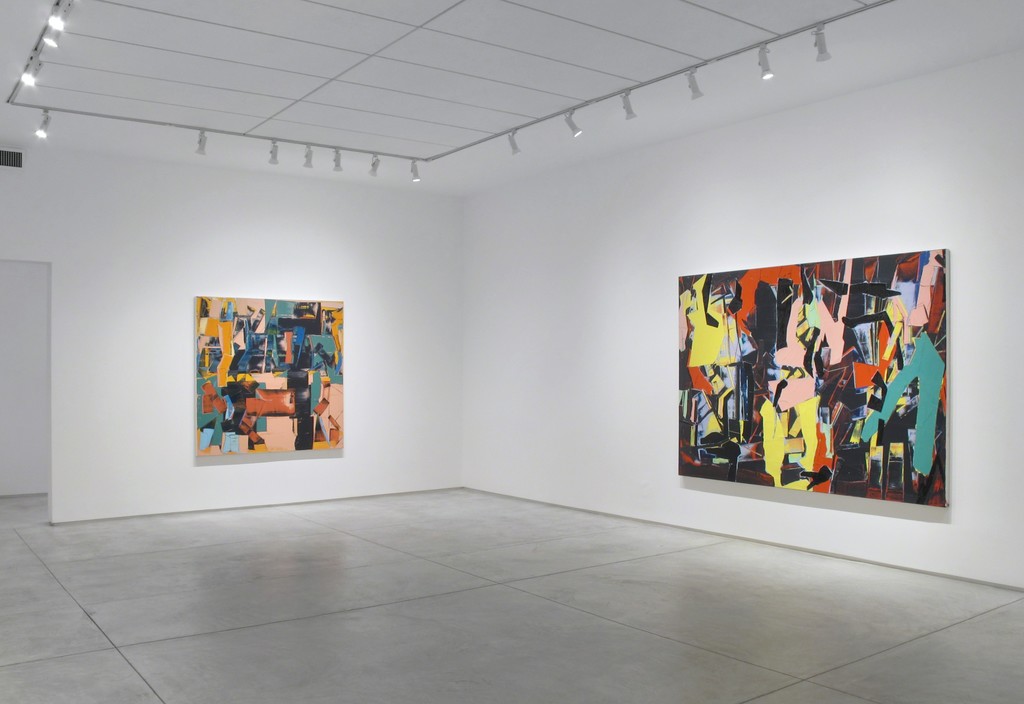 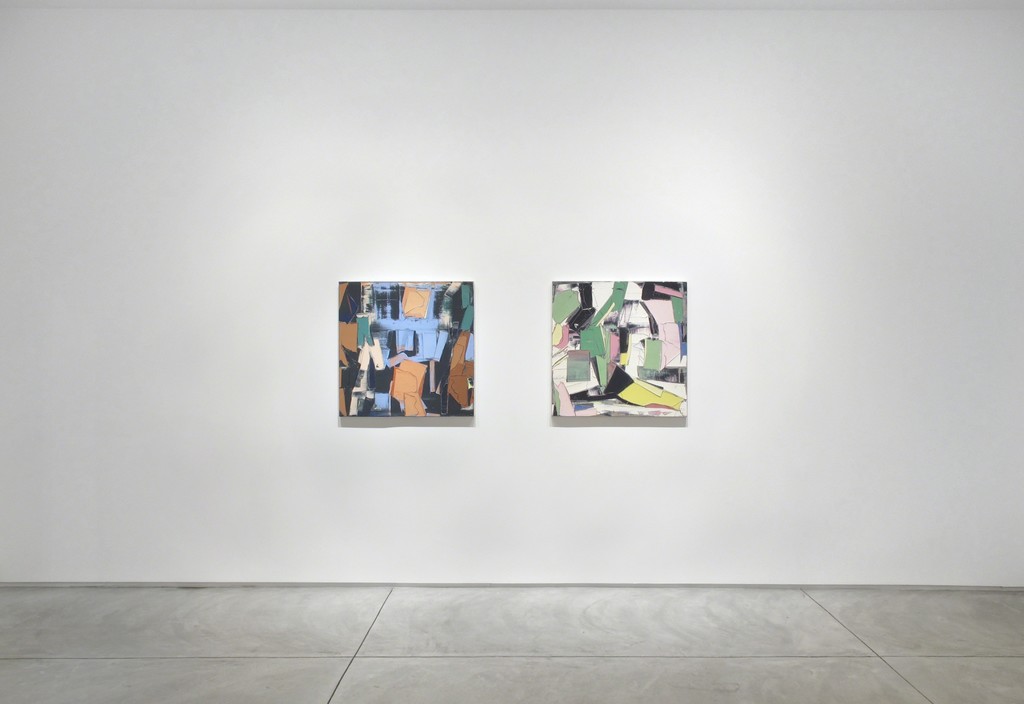 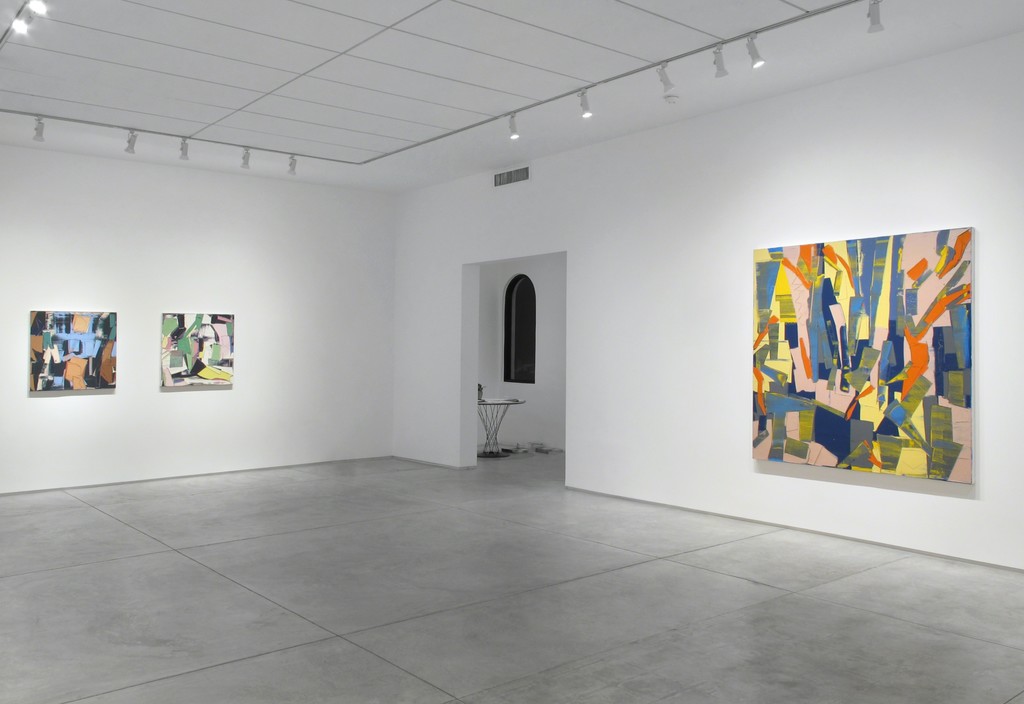 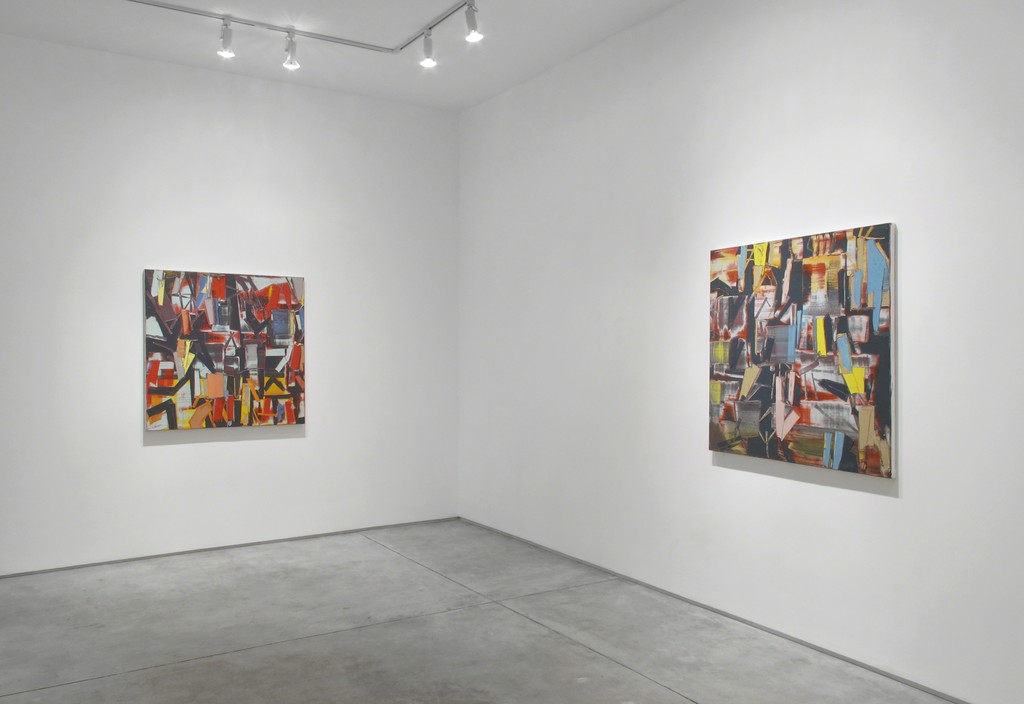 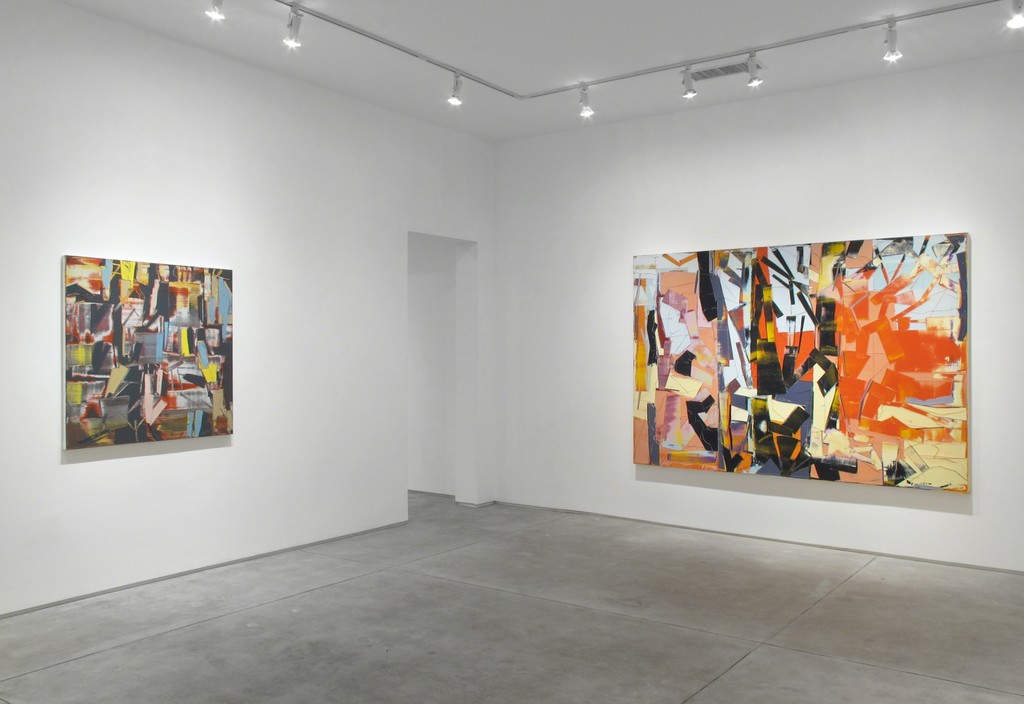 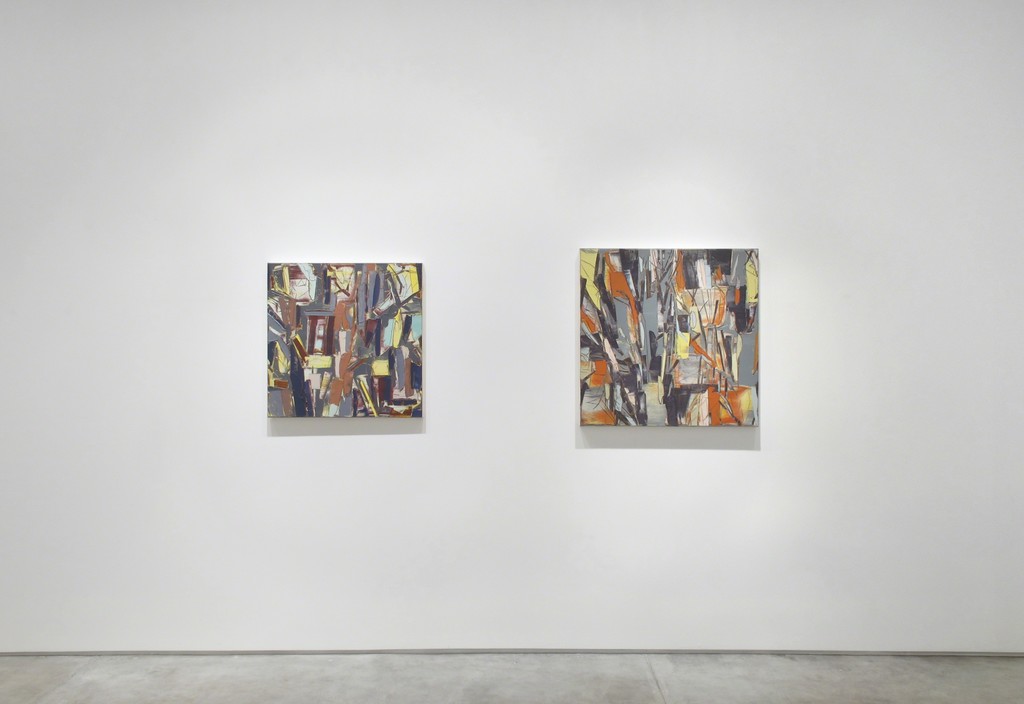 Inman Gallery is pleased to open the gallery’s 28th season with the exhibition "Gilad Efrat: Resurface". This is Efrat’s fifth solo show with Inman Gallery. The exhibition opens Friday, September 15, with a reception from 6 to 8 pm, and continues through October 28.

"Resurface" presents a remarkable transition in Efrat’s body of work. Where his past work had been slowly moving towards abstraction, his current work is fully and insistently abstract. Heavily re-worked surfaces contain thickly applied layers of paint in bold colors, which are then wiped away in rapid succession with palette knives and other tools, creating richly varied surfaces. Made in a very short period of time (in some cases as little as 24 hours), the paintings convey a frenetic energy, and a harried relationship to archaeological time and movement. Through this process, Efrat reveals paint layers as new and competing phases of time and effort that jostle for space and supremacy on the canvas.

The works in Resurface continue Efrat’s interest in a mapping of time and space while depicting the concept, if not the image, of “landscape.” Of the source for his paintings, Efrat states that, “painting in an abstract manner is like the process of walking through a landscape and thinking — moving and thinking. The concept of the human figure is within the painting, and the painting is like a body.”

For Efrat, the painting is akin to a living being; it is finished when it has evolved into its strongest moment of existence. His paintings travel a contradictory path; by representing landscape with only a minimal amount of depth and through a skillful working of the surface, he captures the duality between dimensions in a vigorous and restless painting style. The works begin from a figurative source — for example, a Tamarisk tree or a desert landscape — before transforming into abstraction through Efrat’s process. His previous works depicted recognizable landscapes, such as the surface of Mars, the destruction of Europe after World War II, or the Negev desert in Israel; these new paintings address the same concepts (political despair, Zionism, and, broadly, humanity’s unending push to build and destroy over time) while reducing identifiable forms to the building blocks of painting.

Efrat uses the viewer’s desire to find depth within a flat surface to explore how ideas and matter come into being and dissolve again over time. By removing any reference to narrative or content, he places importance on color, surface, and “the passion of materiality” to address the relationship between a “landscape” and the atmosphere it produces independent of a realistic reference point. As Efrat notes, “these new works are about here and now, they are about fragmented distraction, about something that’s broken, or something that you build, something in between.”

Color is central to atmosphere; each painting contains its own unique tone and temperature, whether through a combination of burnt ochres and blacks as in Untitled, 2016, or cooling blue, turquoise and peach in Untitled, 2015. Efrat’s color palettes skillfully play form and weight off one another to create a sense of ongoing tension in each work.

It is clear that all gestural action takes place at the very surface of the painting. Efrat allows no distance between the viewer’s eye and the materiality of the work. In fact, the paint advances forward from the canvas, revealing a tactile brittleness through the cracks, lines, and gestures made by Efrat’s scraping action. He entwines the temporary actions involved in the physical application of paint with the permanence of the painting. As in archaeology and historical study, by looking, we inhabit both kinds of time (the present/instantaneous and the past/durable) at once. Similarly, Efrat’s works inhabit multiple historical moments and influences. In Untitled, 2015 one can sense a clear relationship to the language of Modernism, in which, as Clement Greenberg noted, “one is made aware of the flatness of their pictures...being made aware of what the flatness contains.” In Efrat’s work, we see a multitude of Modernist references, including primary colors, an emphasis on plasticity, hints at Cubism, Hans Hoffman’s “push and pull” theory, and automatic drawing, condensed into his distinctive visual vocabulary.

However, Efrat’s work extends the Modernist project by adding the dimension of temporality and kinesthesia (one’s awareness of one’s body in time and space) to the two-dimensional medium of painting. As static objects, paintings serve as a window to another dimension through a purely optical experience. Efrat knowingly subverts the aura of the painting through “the shattering of the surface into an infinite number of painterly events that undermine one another in a whirlpool of contrasts and inversions.”

Alongside this “shattering,” there is a sinuous mark-making that connotes moving through a landscape outside of the painting itself. In works such as Tamarisk, 2015, yellow and black linear elements are carved deep into the surface of the painting. These lines connect to Efrat’s interest in Charles Darwin’s “Thinking Path”, an area in the scientist’s garden, which Darwin used to walk three times a day as a meditative exercise. Efrat’s interest in Darwin’s “Thinking Paths” comes through in these paintings. We can understand the paintings as they evolve into themselves, just as Darwin’s theories emerged by moving through his “Thinking Path”. By harnessing the space between the moment of thought and the connection to other places, Efrat’s work displays a tension that remains unresolved, but one that is perpetually coming into existence.

Gilad Efrat (born 1969, Beer-Sheva, Israel) received a BFA from the Bezelel Academy of Art and Design, Jerusalem, in 1995 and an MFA from the same institution in 2003. From 2004-2006 he was a Core Artist-in-Residence at the Museum of Fine Arts, Houston. Efrat’s work has been exhibited in numerous group and solo exhibitions in Europe, the US and Israel. Recent solo exhibitions include Gilad Efrat: Paintings, 2014-2016 at Tel Aviv University’s Genia Schreiber University Art Gallery (2016), Thinking Path, Loushy Art & Projects, Tel Aviv (2016), and Ape Scape, Museum of Art, Ein Harod, Israel (2010). In 2015, Efrat received the Michel Kikoïne Prize for Israeli Painting, and in 2012, Efrat earned the Israeli Minister of Culture Prize for Visual Art. Efrat lives and works in Tel Aviv, where he is an associate professor at the Multidisciplinary Art School at the Shenkar College of Engineering and Design.