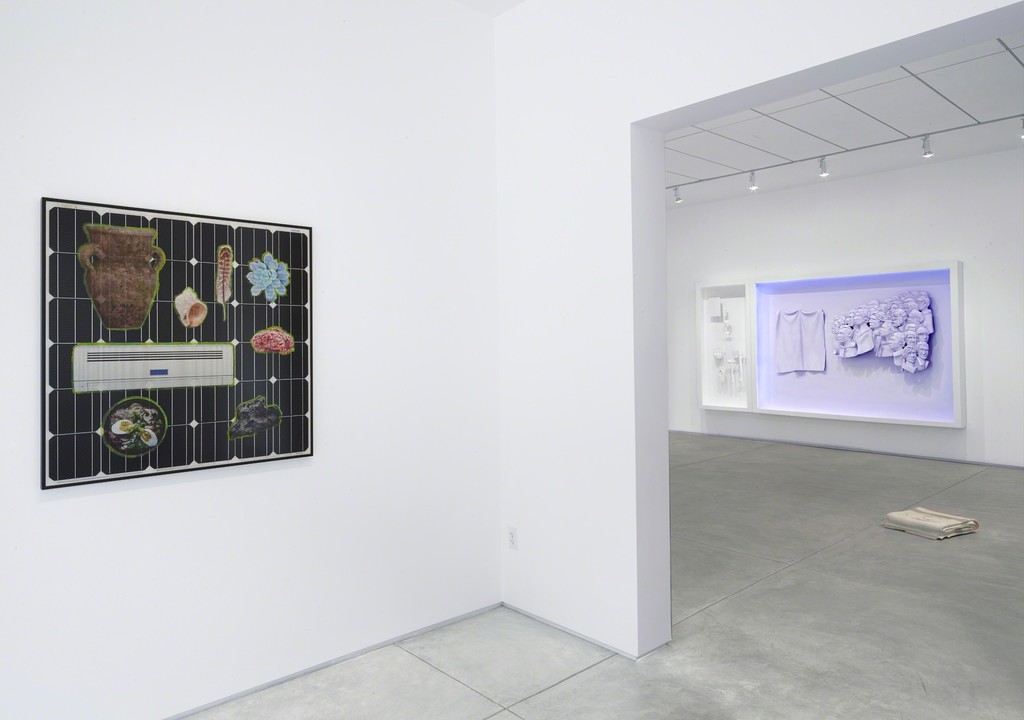 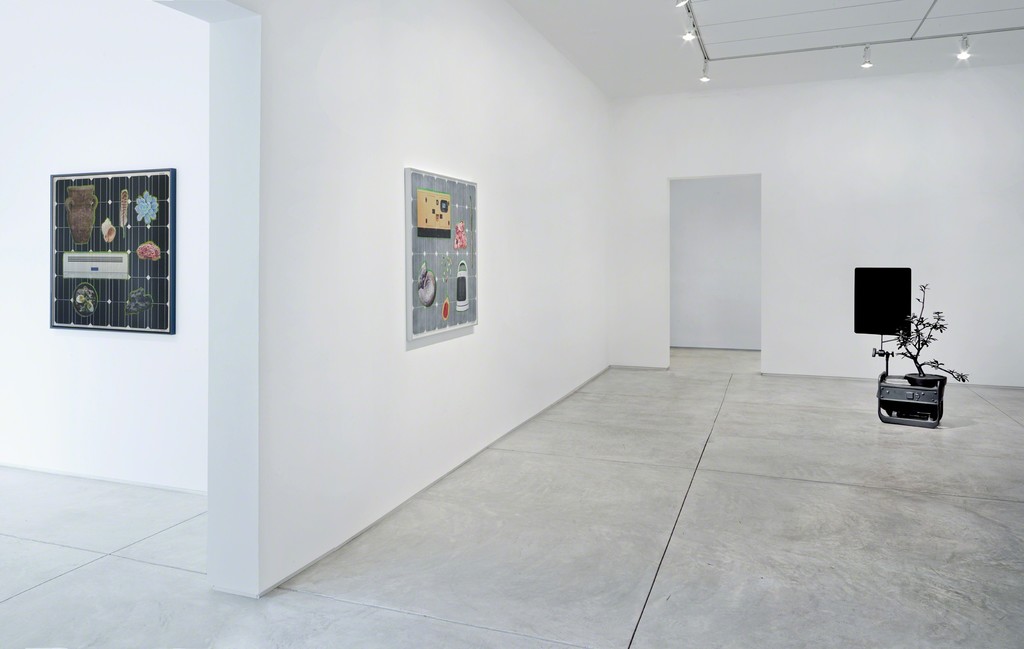 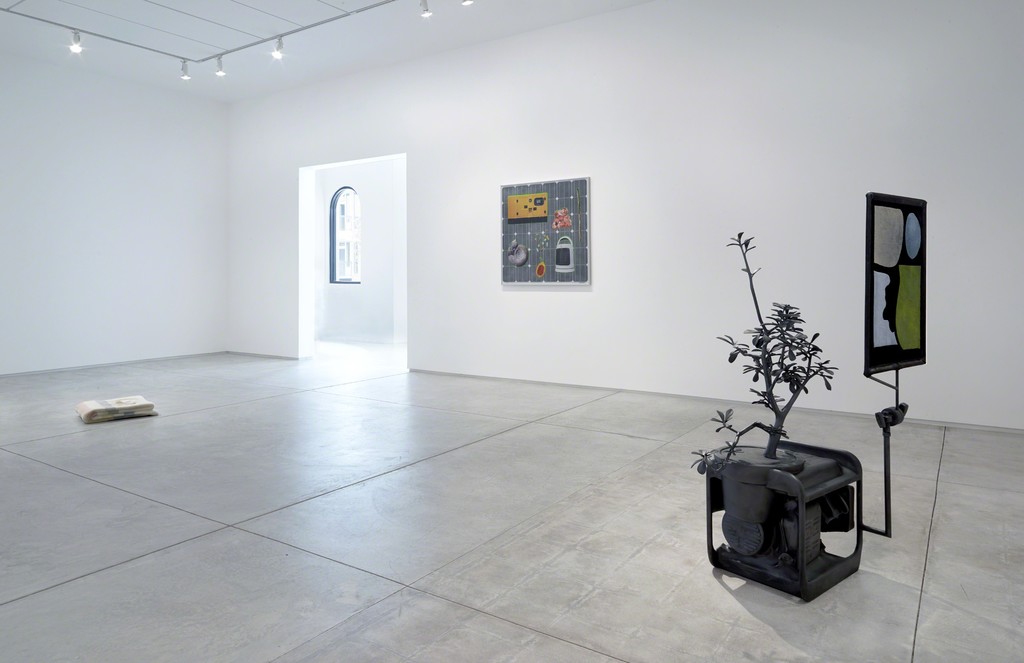 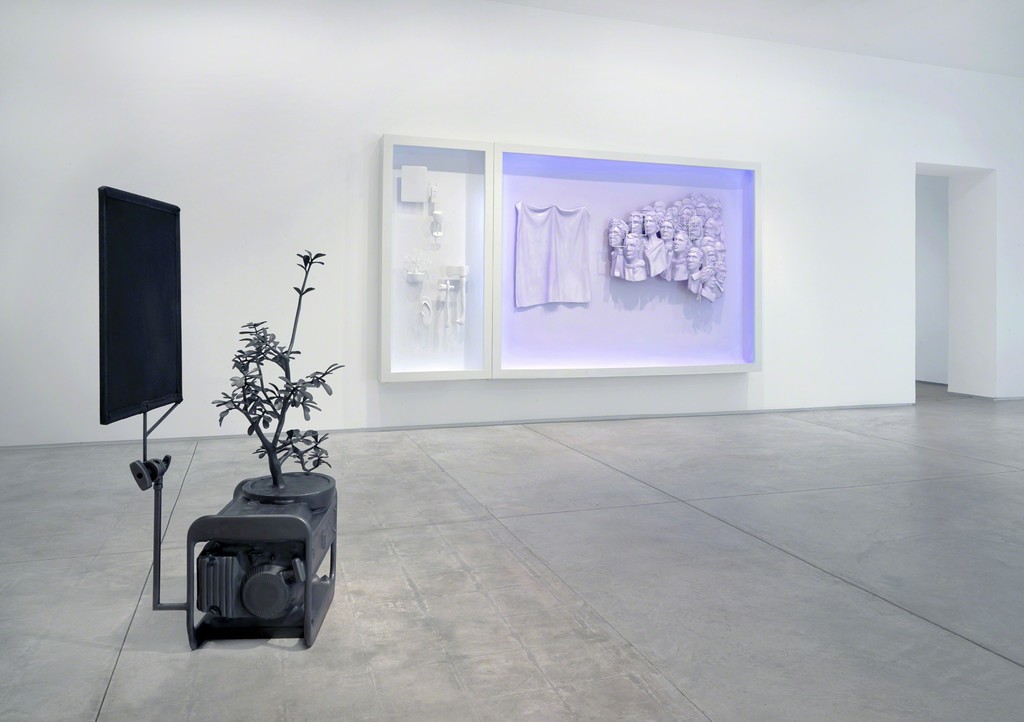 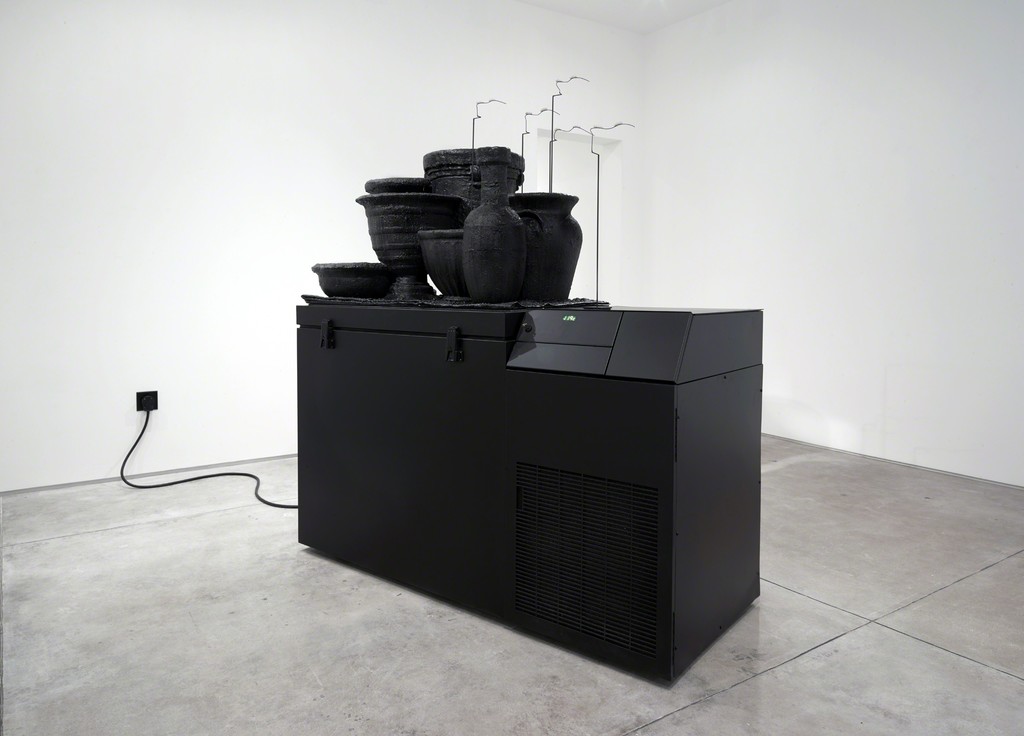 Inman Gallery is pleased to present "a hundred twenty six billion acres," an exhibition of new work by Michael Jones McKean spanning both galleries. This will be McKean’s second solo show with Inman, opening Friday, May 29th with a reception from 6:00 to 8:00pm, and continuing through July 11th.
Assembled from items and images of wide-ranging provenance, McKean’s sculptures and wall-works resist quick analysis: how one thing relates to its neighbor isn’t always obvious. But they’re produced with such care, and organized with such specific purpose, that their significance becomes undeniable. Pressed into unexpected configurations, the objects radiate associations that under other circumstances would lie dormant.
McKean’s attention to material and form – this exact sandal, this particular hand-axe – paradoxically draws the objects out of themselves. When we really consider why something looks the way it does, how it’s been shaped by function or history or necessity, it stops feeling like a discrete entity and dissolves into a much broader continuum. It’s only the latest arrangement of energy and matter generated by geological, evolutionary, or man-made processes.
That protean activity is in evidence throughout "a hundred twenty six billion acres." McKean’s objects, often conduits or reservoirs of energy, intersect or merge as if caught mid-transformation. The combinations imply a current or field that flows through the work, binding everything into one multifarious system. A diesel generator sprouts a houseplant, a quietly efficient engine in its own right. Elsewhere, an Apple computer charger melts into a Hudson’s Bay blanket. The two technologies, one meant to transmit power and the other to trap heat, form a sort of cross-generational battery, a repository of potential energy and commercial interests folded together. In the South Gallery, a cryogenic freezer cools a collection of boulders past the lowest recorded temperatures on Earth. Those rocks, formed under conditions of tremendous heat and pressure, have seen in their lifetime the planet’s extreme thermal limits.
The idea of finite resources infinitely reshuffled erodes our usual sense of boundaries, and opposes the human impulse towards neat identification. We tend to categorize something in order to define it. McKean often straddles these contrary points of view, allowing his materials to follow their own polymorphous and mysterious paths (we can’t actually see his super-cold boulders) while also presenting them as images to be read. Framing devices abound, but never perfectly succeed in isolating their subjects. Attached to the generator-houseplant is a dark swatch of felt, an energy sink doubling as a backdrop. The cryogenic freezer serves as a pedestal for interlocking pots, which themselves support thin wires trimmed with eyelashes. Two shallow display boxes arranged as a diptych function simultaneously as screens and reliquaries. Their contents – on the left a collection of human tools running the gamut from ancient to contemporary and on the right a crowd of faces and a shroud – are rendered in bas-relief, splitting the difference between object and image.
Simple rectangles hover over some of the bas-relief faces, suggesting a more recent, all-but-ubiquitous frame: the facial-recognition boxes familiar to any smart phone user. Although they’ve been superficially singled out, the framed faces aren’t really separated from the crowd. It’s the same relationship between part and whole at issue throughout the exhibition, but with one difference: where elsewhere we sort (or try to sort) our things, here our tools begin to sort us. The flipped perspective has a perverse democracy to it, and underscores the sense that all these specific, incongruous, and tangled objects, and we among them, are only the visible outcroppings of much larger, more elemental forces running just beneath the surface.
Michael Jones McKean (born 1976, Micronesia) is the recipient of numerous awards including a Guggenheim Fellowship, a Nancy Graves Foundation Award and an Artadia Award. McKean has been awarded fellowships and residencies at The Core Program at the Museum of Fine Arts, Houston, The International Studio and Curatorial Program in New York City, The Provincetown Fine Arts Work Center, The Bemis Center for Contemporary Arts and The MacDowell Colony.Recent exhibitions include the Center for Curatorial Studies, Bard, Annandale-On-Hudson, NY; Horton Gallery, New York, NY; Manifestation Internationale d’art de Quebec Biennale; Gentili Apri, Berlin, Germany; The Art Foundation, Athens, Greece; Parisian Laundry, Montreal, Canada; and Shenkar University, Tel Aviv, Israel. His work will be on view this summer at The Institute of Contemporary Art in Boston as well as the Studio for Creative Inquiry at Carnegie Mellon University, and was featured in the May 2015 issue of Sculpture Magazine. The Pérez Art Museum Miami recently added one of his sculptures to their collection. He currently teaches sculpture at Virginia Commonwealth University and is in residence at the Marie Walsh Sharpe Space Program, in New York.