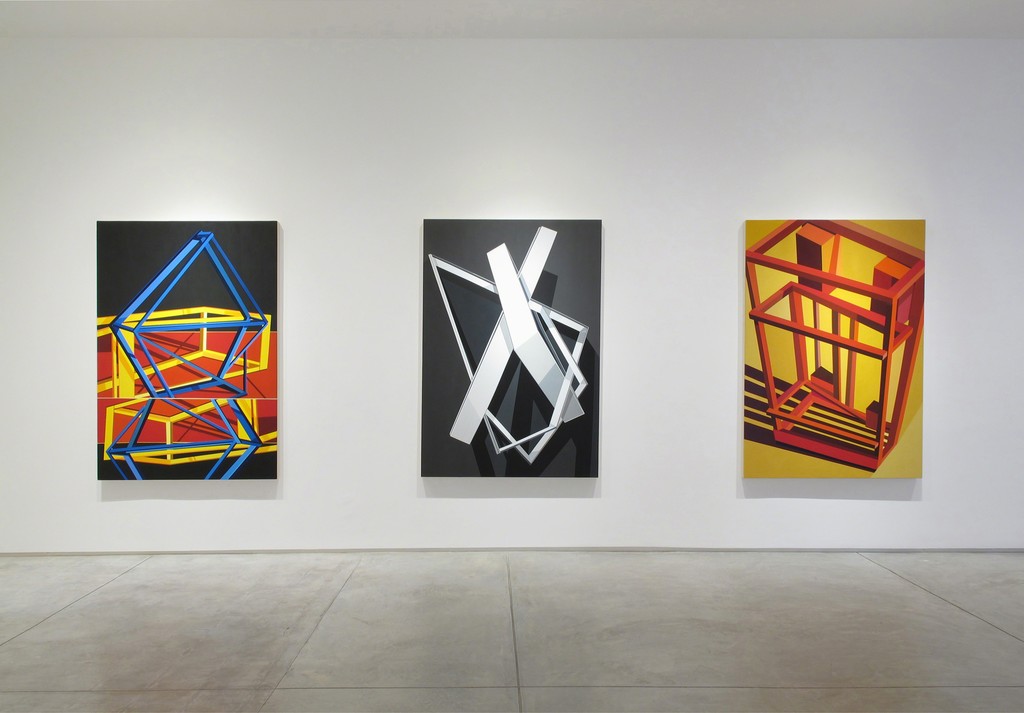 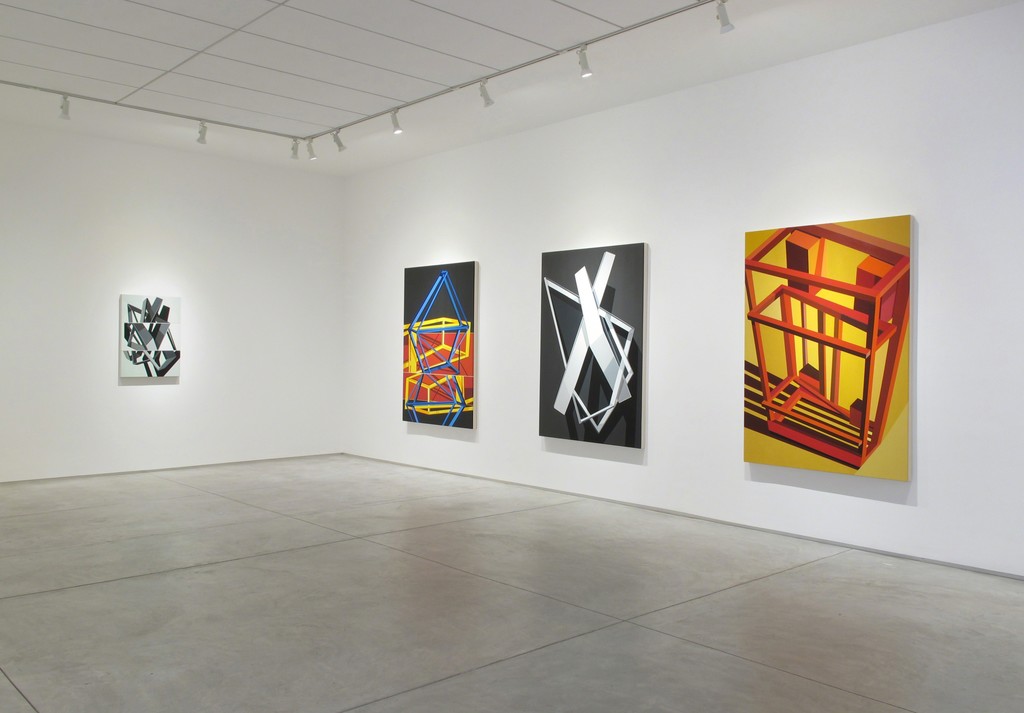 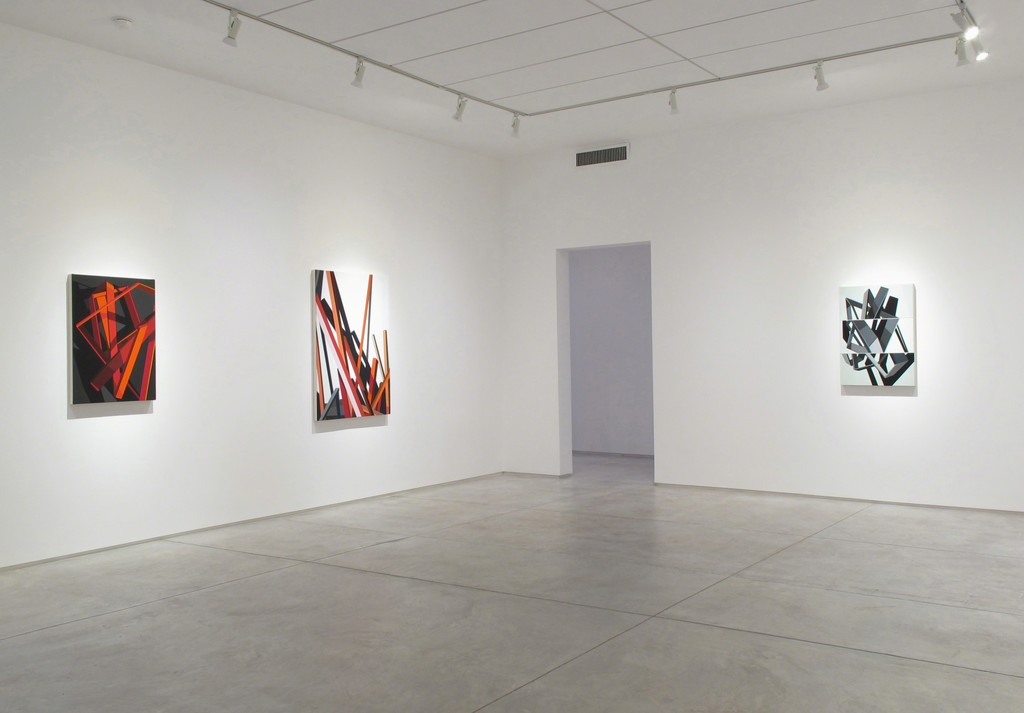 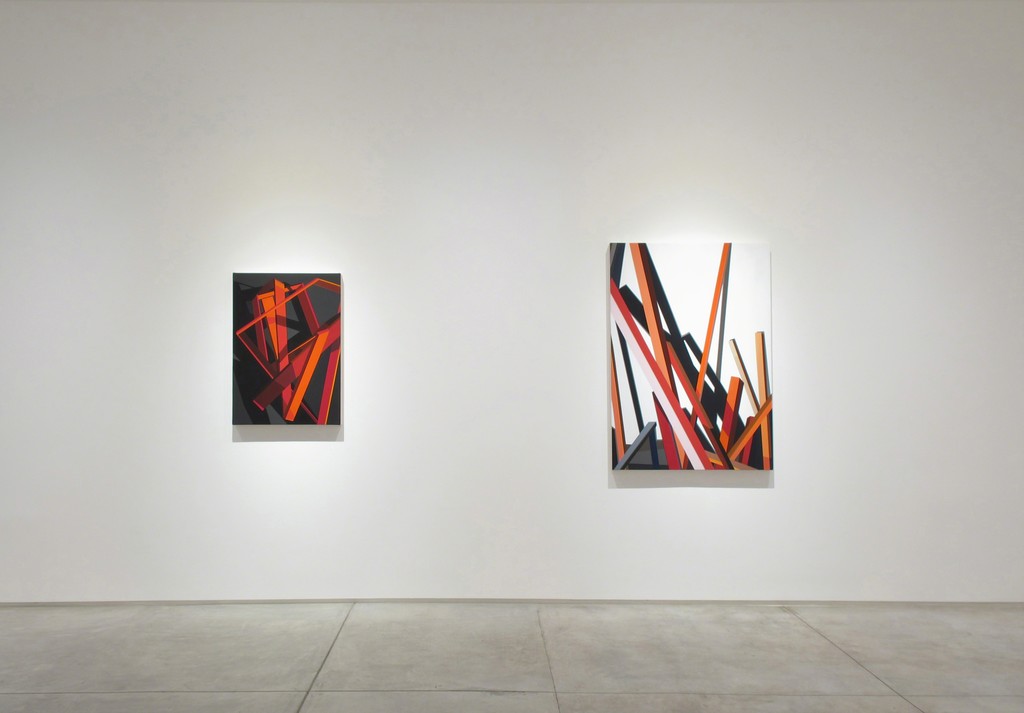 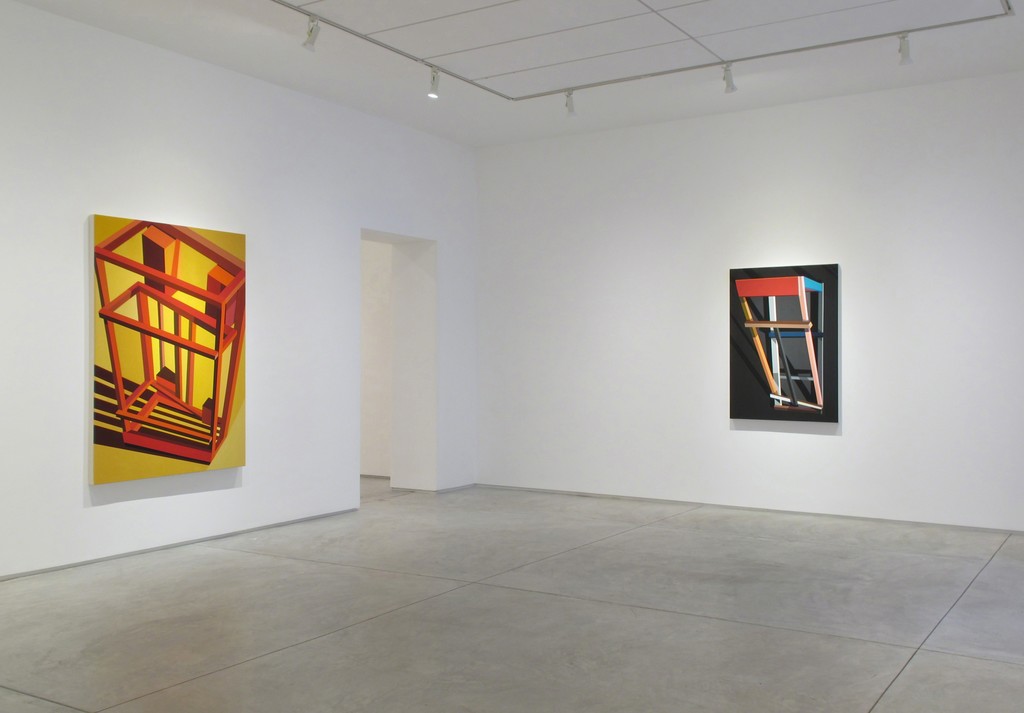 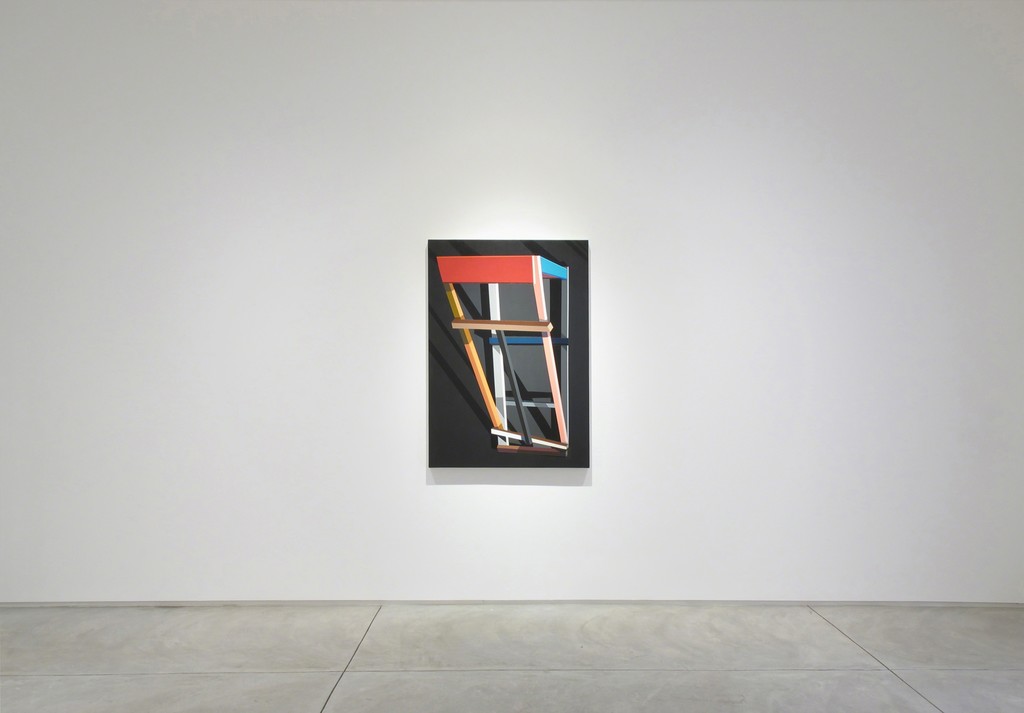 Inman Gallery is pleased to present "Cat’s Cradle," an exhibition of new work by Tommy Fitzpatrick in the
Main Gallery. This will be Fitzpatrick’s ninth solo show with Inman since 1998. In the South Gallery,
Chroma, a selection of works on paper by Gilad Efrat, Carl Suddath and Jim Verburg will be on view.
Both shows will open Friday, October 30th with a reception from 6 to 8, and continue through January 2nd.

The string game cat’s cradle is a mathematical exercise repurposed as a fun pastime, with good reason: there’s
mystery in its process, in the order discovered through increasingly complex manipulations. That sort of revelation is
as available to schoolchildren playing with string as it is to chemists charting crystalline structures. We’re tinkerers by
nature, and once we perceive some underlying pattern we tend to fiddle with it until we crack it or it cracks us.
Tommy Fitzpatrick’s most recent paintings are all named after classic string games and designs, and they share
that sense of serious play. Working from photographs of loose-limbed wooden lattices, he translates volume,
perspective and light into hard-edged pattern, pairing an almost geometric articulation of space with an insistence on
painted surface. That contradistinction – between flat pattern and illusionistic depth – is the knot Fitzpatrick has been
untangling and retying with increasing sophistication for decades. At first blush, "Jacob’s Ladder" is a straightforward
depiction of a red cage starkly lit against a yellow ground. But small idiosyncrasies undercut the precise rendering:
variation in hue breaks the yellow field into discrete shapes; errant blocks seem immune to gravity and perspective;
incongruous red outlines trace shadows like racing stripes. "Twin Diamonds" might read as a reflection or a
symmetrical armature, but nothing lines up quite right. In fact, Fitzpatrick collages his source photographs into new
compositions, further subverting any naturalistic sense of volume. And yet for all the disruptions, Fitzpatrick’s
handling of light and form is so clearly grounded in observation that the space of his paintings, pleated as it may be,
remains tenaciously convincing.

Illusionistic depth has been the preoccupation – pursued as an ideal or rejected as hokum – of a great many artists
for at least half a millennium, but what’s comparatively rare is Fitzpatrick’s quixotic determination to have it both ways, to tell a bald lie so appealingly that it doesn’t even need to be credible. That brings us to another allusion in the
exhibition’s title: the Kurt Vonnegut novel of the same name. Cat’s Cradle, the book, imagines the potentially
disastrous consequences of reckless curiosity, and disputes the virtue of truth for its own sake. Against the pieties of
science and progress Vonnegut proposes an admittedly absurd religion that recommends itself as the most brazen,
and therefore the most honest, hypocrisy in a fraudulent world. It professes, as its narrator summarizes in the final
pages, “the heartbreaking necessity of lying about reality, and the heartbreaking impossibility of lying about it.” That’s
not a worldview with a solution. It’s a seesaw that needs a good sense of balance and a better sense of humor.
Fitzpatrick’s paintings aren’t finally trying to convince us of anything, either; they’re content to present us with riddles
whose pleasure is less in the answer and more in the telling.