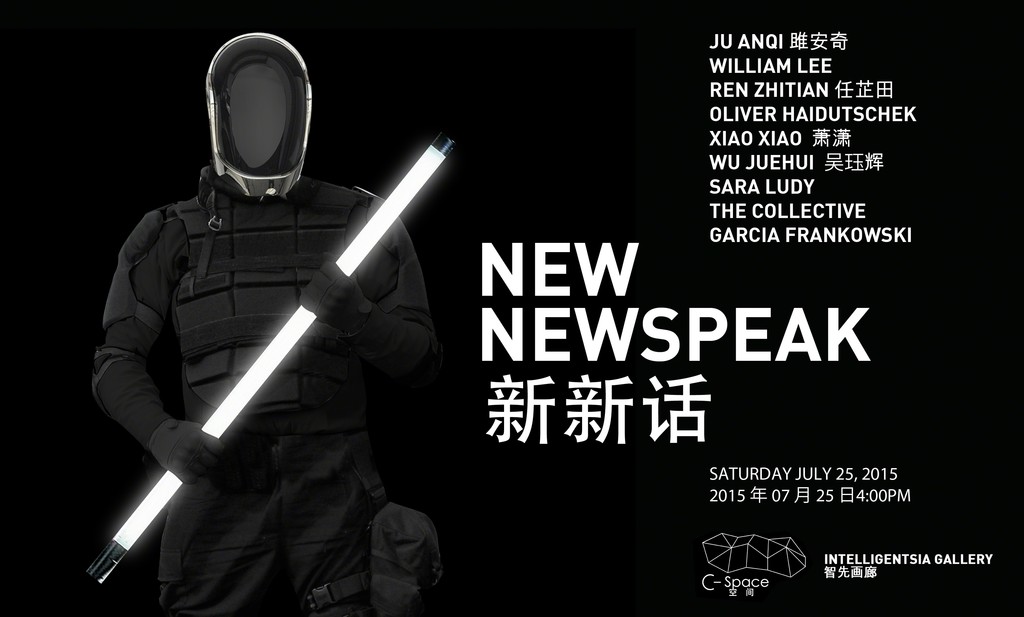 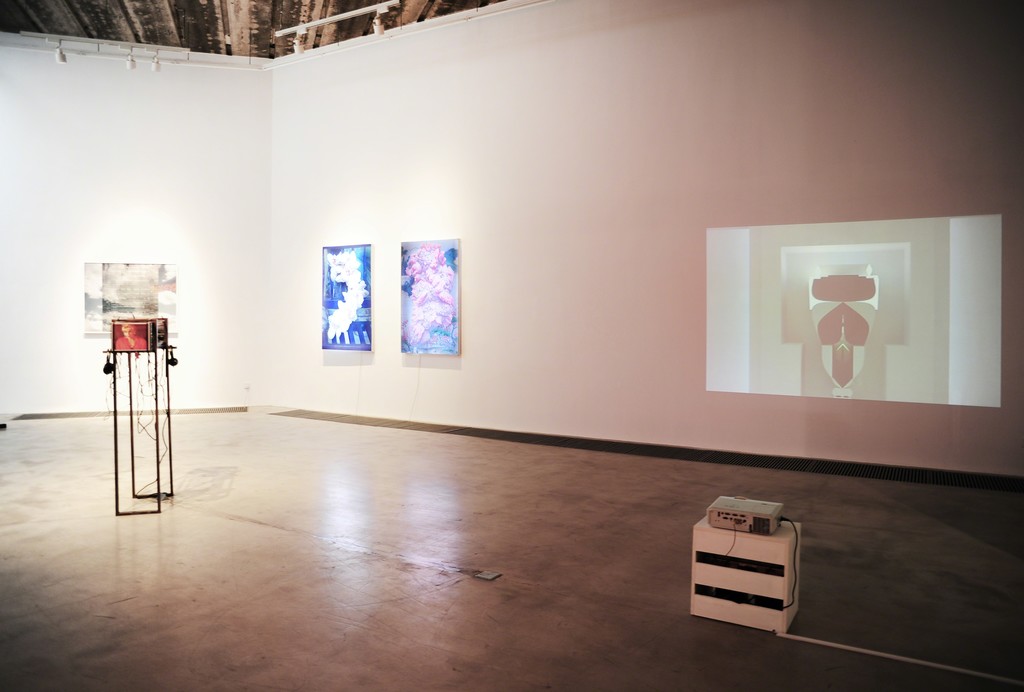 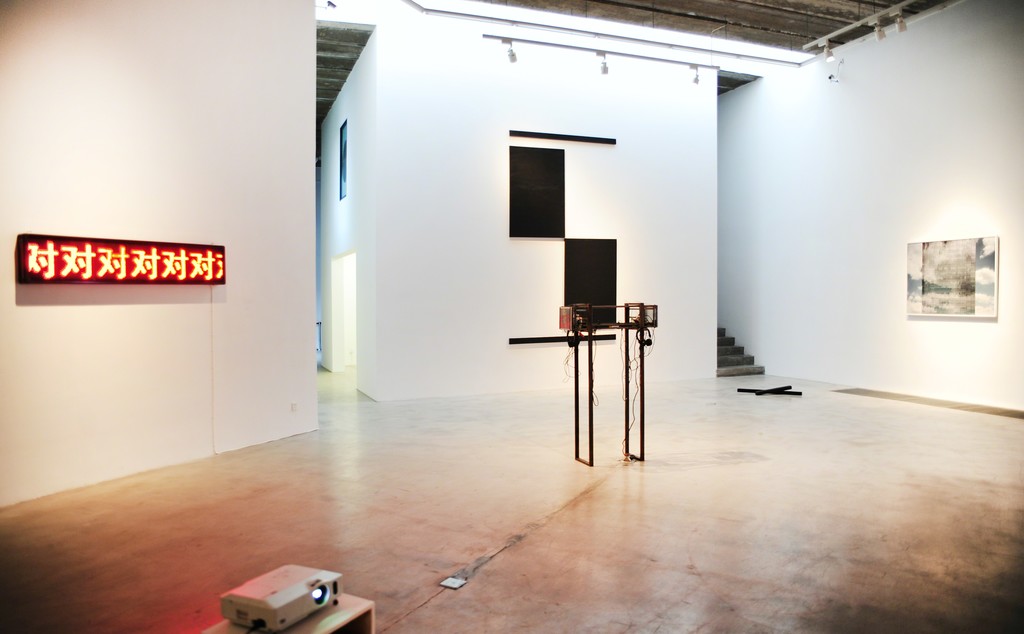 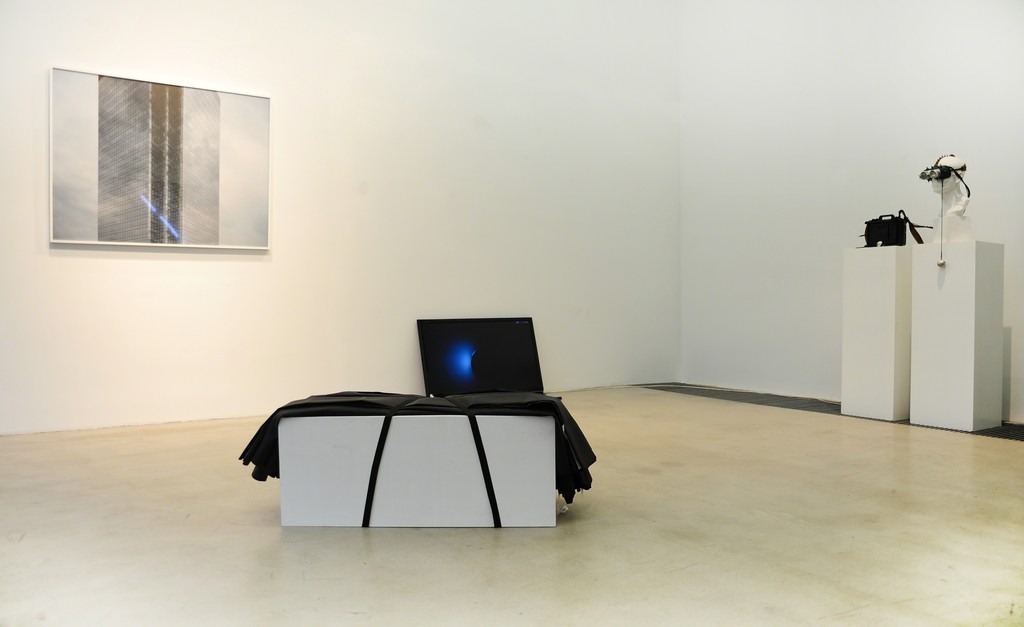 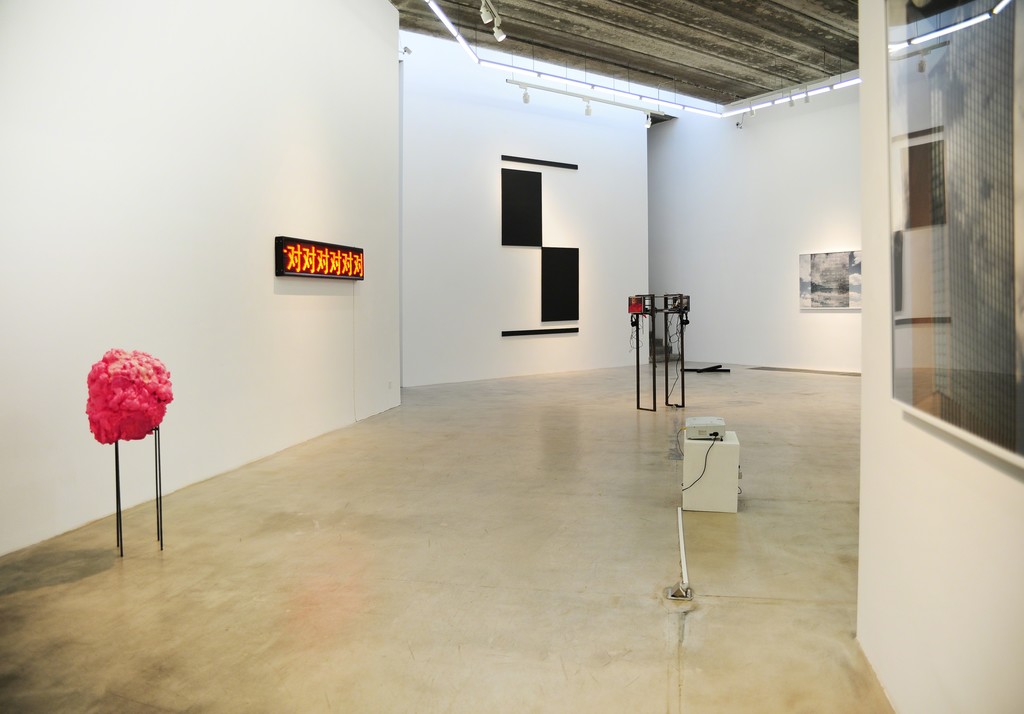 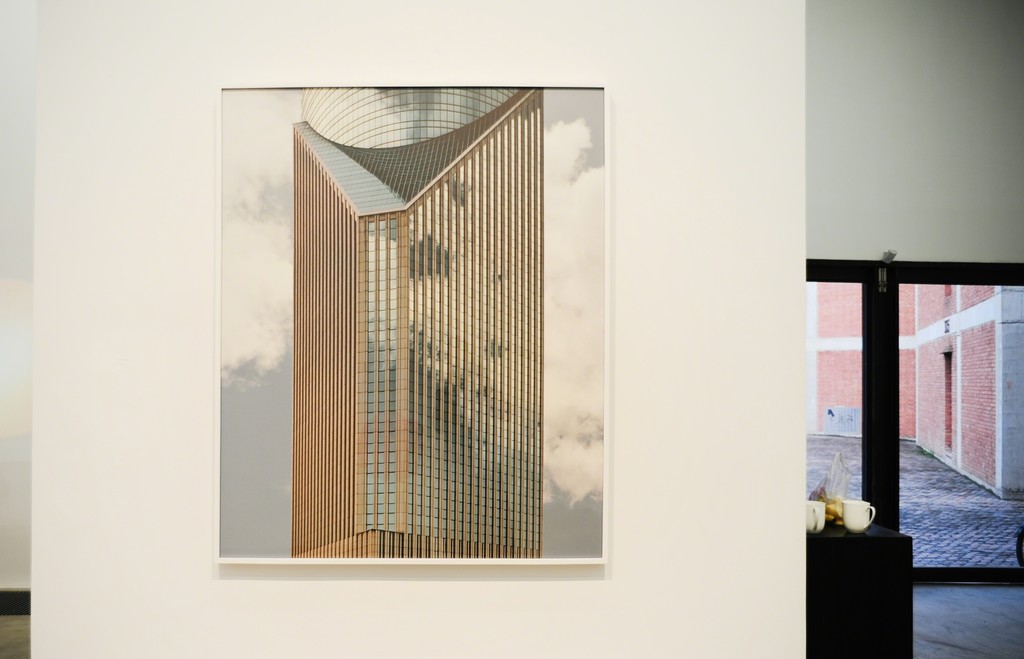 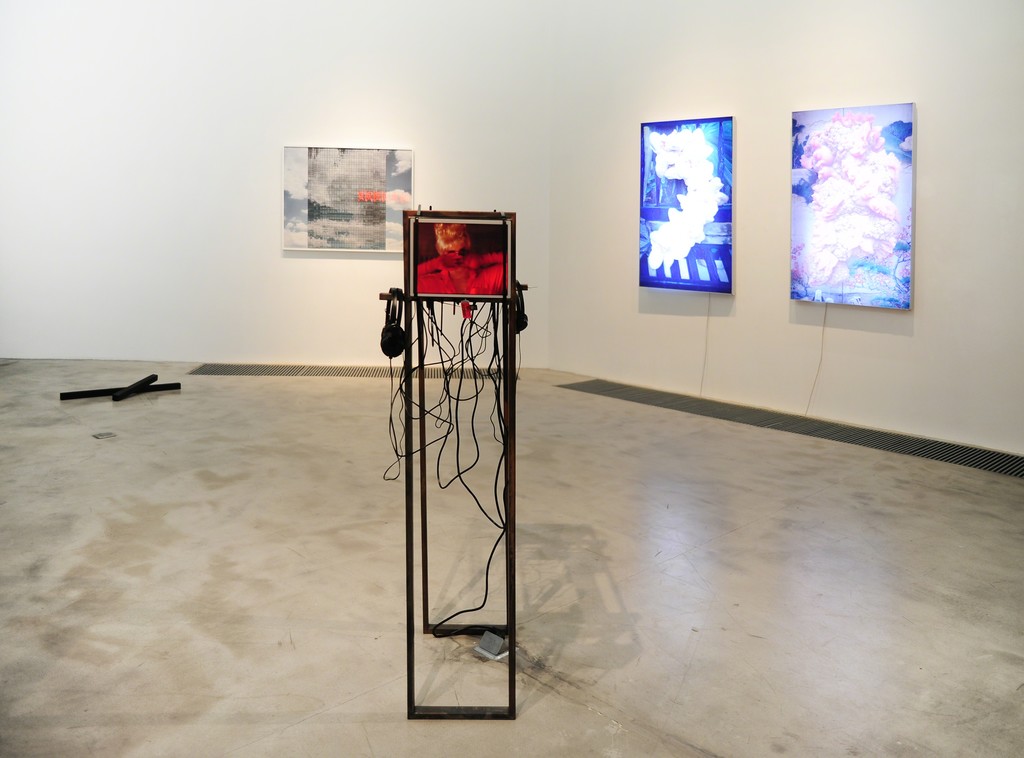 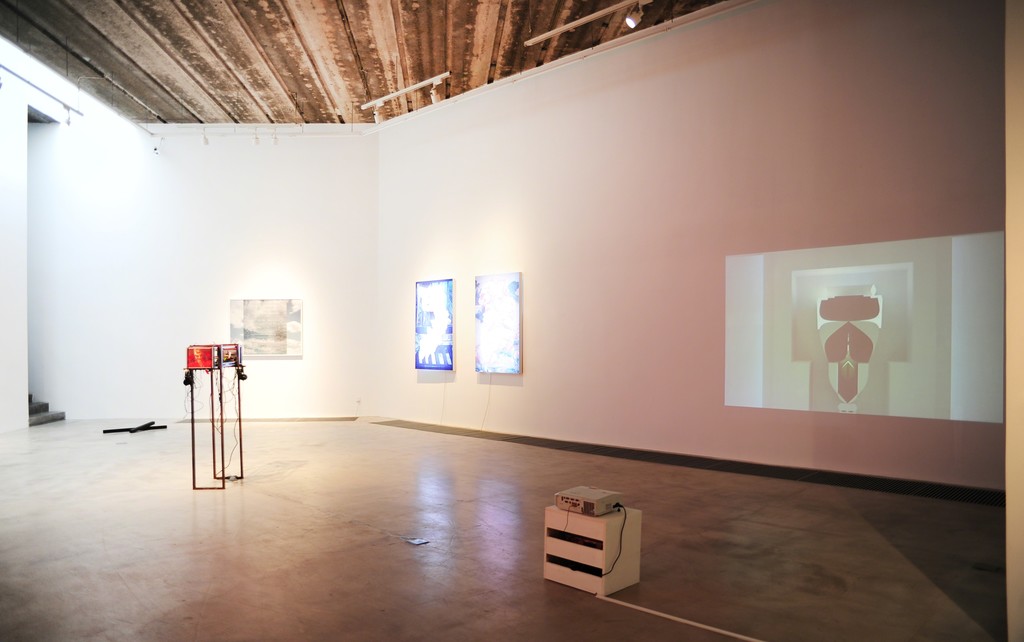 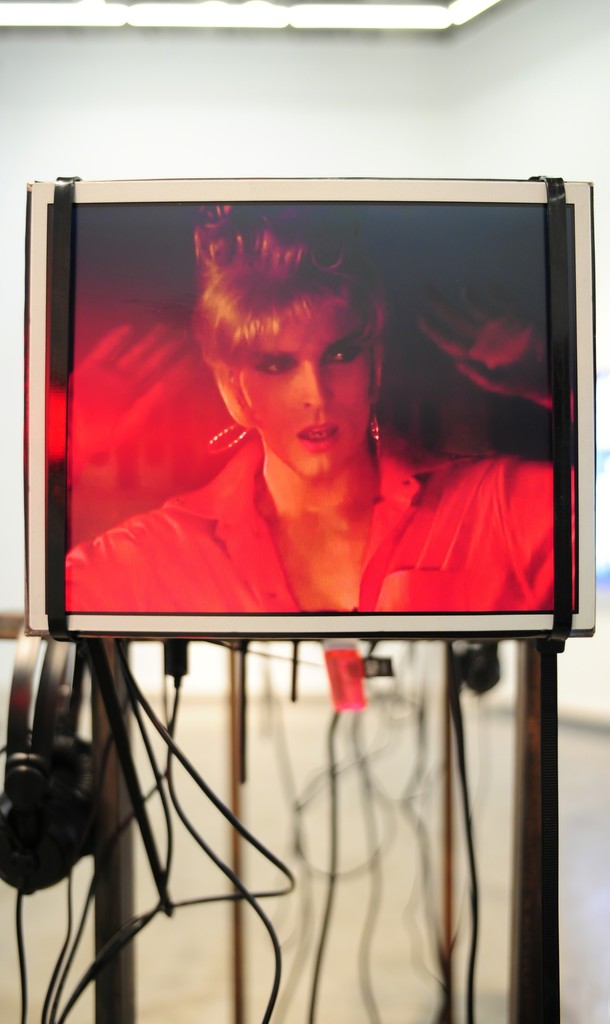 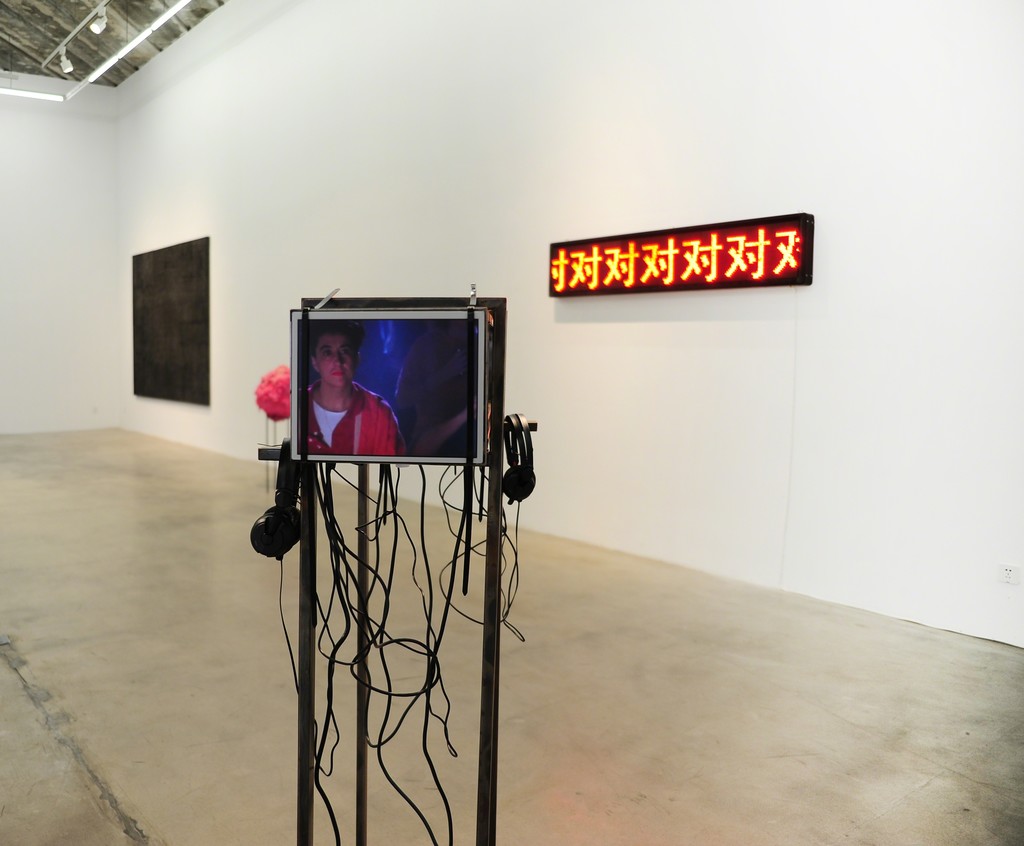 NEWNEWSPEAK is the ultimate form of language reduction. A constriction of the worldview, NEWNEWSPEAK delimits the capacity of generating concepts to the repertoire of thought-figures inscribed in its lexicon. Reflecting Ludwig Wittgenstein’s aphorism ‘the limits of my language mean the limits of my world’, ruthless aesthetico-political regimes have recurred to diverse forms of Newspeak to create, consolidate and defend absolutist values. Art, architecture, design, music, performance, literature, fashion are just some of the means used to infiltrate Newspeak in every sphere of life.

Eponymous to the language spoken and written in George Orwell’s novel 1984, Newspeak remains as relevant today as it was when the novel was first published in 1949 (the year of the foundation of the PRC). NEWNEWSPEAK is the way in which materialist, spiritual, phenomenological, empirical and hermeneutical approaches disguise social, economic and political interests behind aesthetic screens.

Through painting, installation, video, photography, and mixed media, NEWNEWSPEAK explores language reduction and its role in defining and cementing codes of visual acceptance, and socio-political signification. Reflecting both its capacity as vehicle for the consolidation of collective aesthetic values and as a radical tool of resistance and subversion, the exhibition deals with language reduction in paradoxical states as abstraction and censorship, material fetish and technological nostalgia attempt to erase, reveal and exacerbate dreams, fears, the unconscious and the sublime within and against NEWNEWSPEAK.