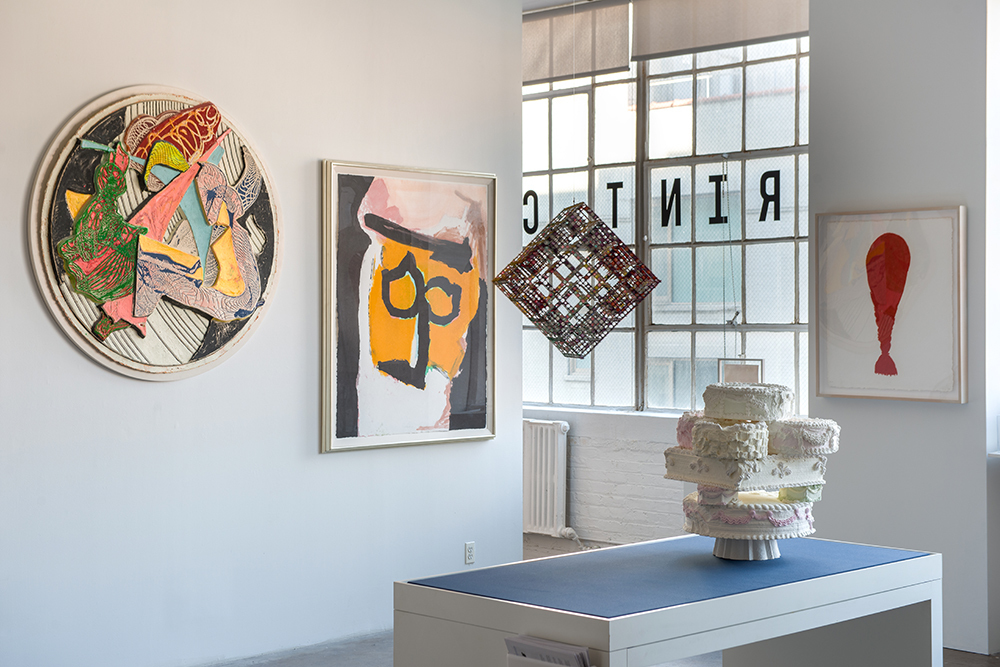 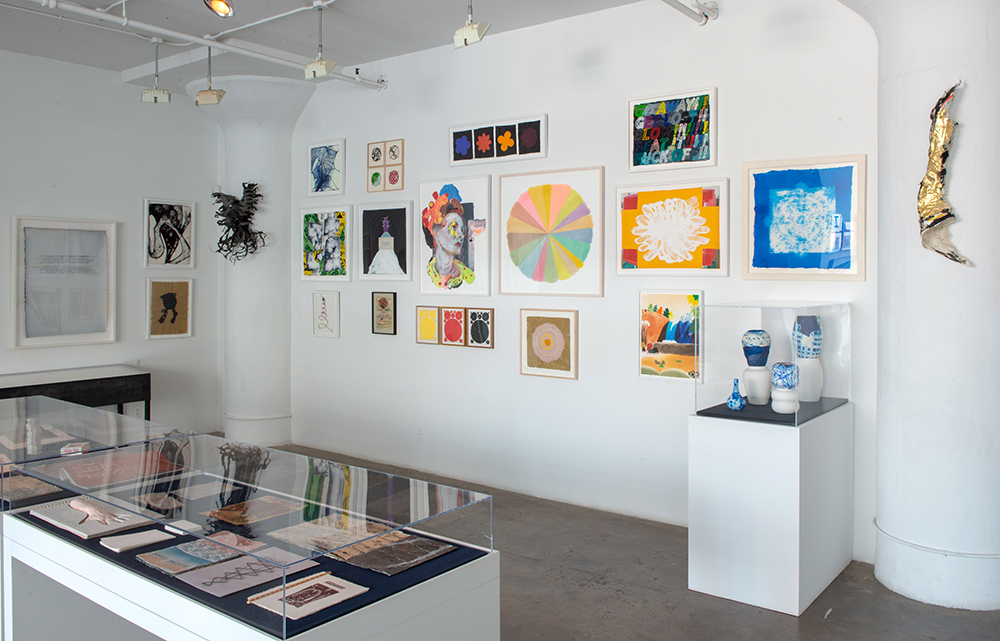 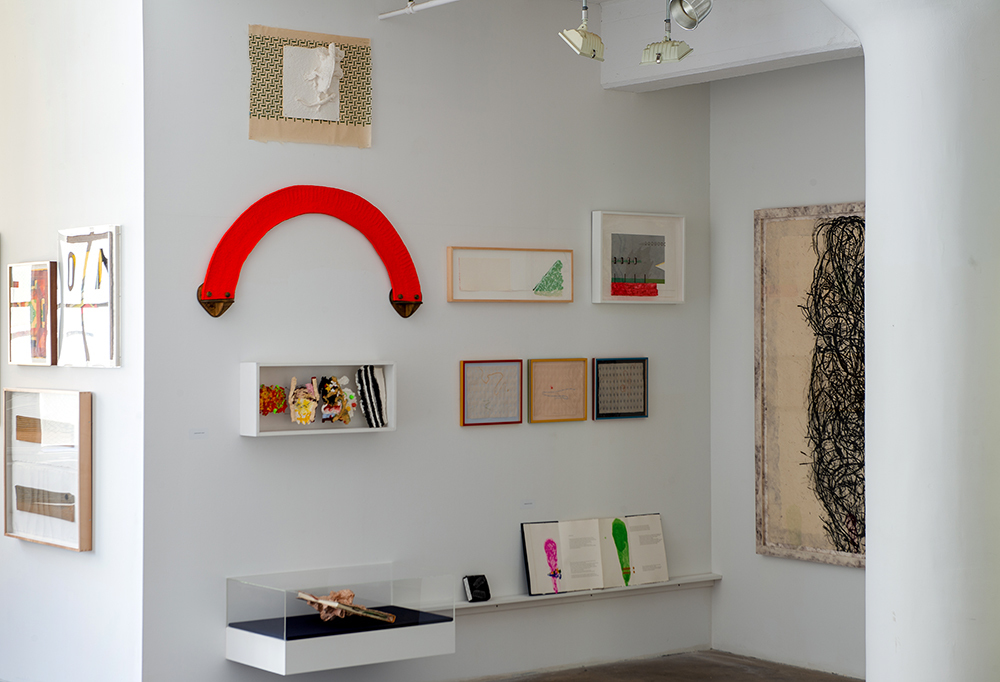 (New York, NY – March 6, 2018) International Print Center New York (IPCNY) is pleased to present Paper/Print: American Hand Papermaking, 1960s to Today, curated by Susan Gosin (co-founder of the papermaking studio Dieu Donné) and Mina Takahashi (editor of the journal Hand Papermaking). This focused exhibition of work by over 65 artists is the first to trace the American hand papermaking revolution as an outgrowth of the printmaking renaissance of the 1960s. As artists and printers brought their artistic vision and technical innovations to printmaking, they demanded new paper, eventually turning to the papermaking process itself for fresh ideas. Spanning nearly six decades, the exhibition brings together iconic paper works arising from collaborations between the two fields, and shines a light on this uniquely American story of reinventing a craft and commercial process into an art form. With strong support from over a dozen contemporary publishers, printers, and papermakers, including the Brodsky Center, Dieu Donné, Durham Press, Gemini G.E.L., Lower East Side Printshop, Mixografia, Pace Prints, Two Palms, Tyler Graphics Ltd., ULAE, Wildwood Press, Women’s Studio Workshop, and others, the works on view range from pivotal early paper works to the newest experiments in the medium, along with some of the rarest and lesser known examples of two-dimensional works and cast-paper multiples.

Works by such groundbreaking artists of the 20th and 21st centuries as Mel Bochner, Louise Bourgeois, Chakaia Booker, Leonardo Drew, Helen Frankenthaler, Ellen Gallagher, Jane Hammond, David Hockney, William Kentridge, Louise Nevelson, Robert Rauschenberg, Kiki Smith, Frank Stella, and Richard Tuttle, among others, bring to life paper’s transformation from its traditional role as a substrate for prints to that of an active partner—and a stand-alone medium. Many of these artists developed a complex vocabulary in papermaking through their collaborations with several paper studios and different master papermakers and printers. A small catalogue including a curatorial essay with historical overview, an annotated checklist, and a glossary of terms situate the works within the larger history of papermaking and printmaking from before the Common Era to today. Visit ipcny.org/paperprint for a full list of artists & workshops.

The exhibition will be expanded upon by a range of public programming, including free papermaking workshops, a lecture by master printer and publisher Kenneth Tyler, a discussion between artist Richard Tuttle and his collaborators, as well as a gallery talk with the director of Mixografia.

ABOUT THE CURATORS
Susan Gosin received her MFA from the University of Wisconsin–Madison. In 1976, she co-founded Dieu Donné Press and Paper, Inc. in New York City. As an educator, she has developed curriculum and designed studio programs at The New School, New York; Rutgers University, New Brunswick, NJ, and Phumani Archival Mill, Johannesburg, South Africa. As an artist, she has produced artist books that have been exhibited and collected by institutions such as the Metropolitan Museum of Art, The Getty Museum, and the Library of Congress. In 2006, she received the Printmaker Emeritus Award from the Southern Graphics Council. Gosin has served as an organizer, presenter, and curator at numerous conferences, including the 2014 IAPMA conference in Fabriano, Italy; the 2016 IAPMA conference in Brasilia, Brazil,; and the 2018 CBAA conference in Philadelphia. As President of Dieu Donné Press, she collaborates with international artists and writers such as William Kentridge and Wisława Szymborska. Gosin also serves as Co-Chair on the Board of Directors of Dieu Donné.

Mina Takahashi is Editor of Hand Papermaking, a non-profit biannual publication chronicling the finest work in the field while advancing the scholarship and production of handmade paper and paper art. She is a member of the Board of Directors of Dieu Donné, where she served as executive director from 1990 to 2004. Trained originally in Japanese papermaking, Takahashi teaches, lectures, and consults on the artistic and craft applications of hand papermaking across the country and internationally. She lives in upstate New York where she organized Signs of the Times, a 2017 exhibition of handmade protest signs and banners, at BUSHEL Collective in Delhi, New York.