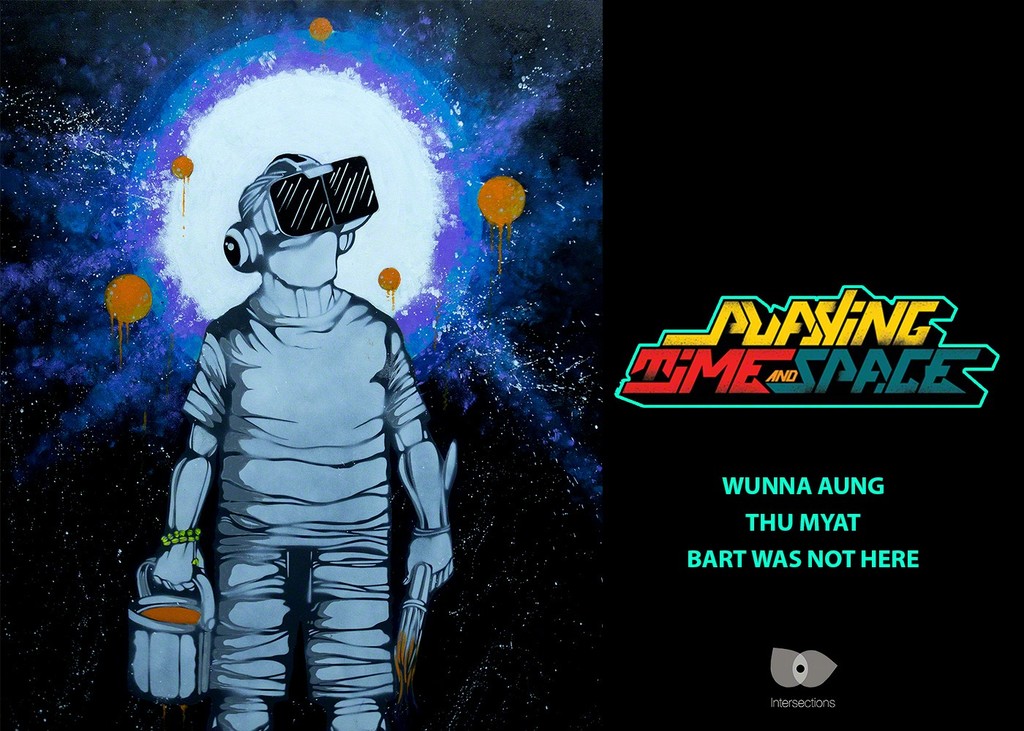 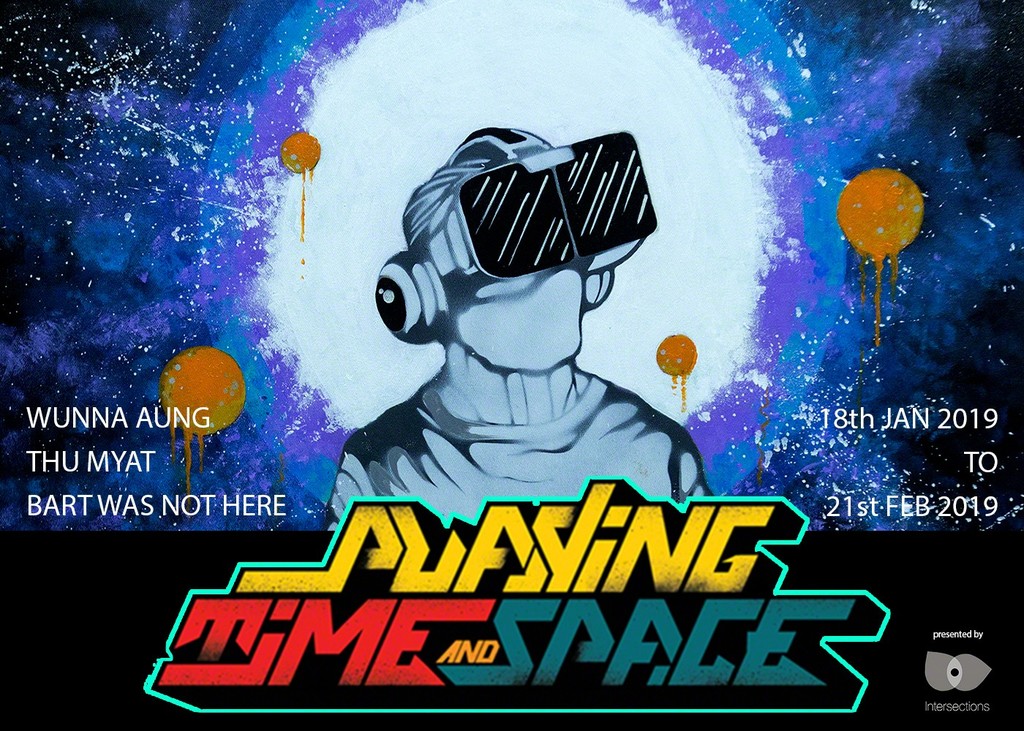 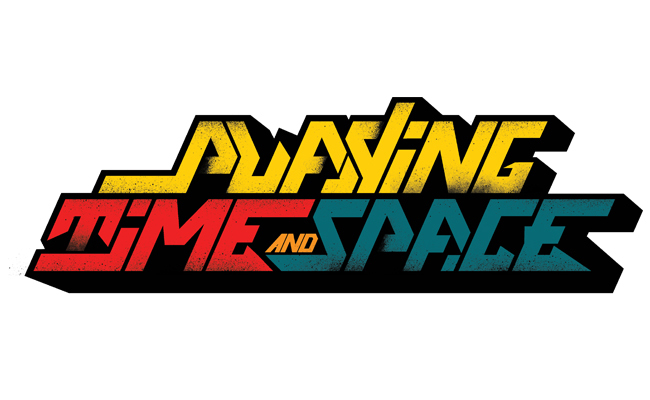 Playing Time and Space is a painting exhibition by Wunna Aung, Thu Myat and Kyaw Moe Khine, aka “Bart Was Not Here”, three artists from Myanmar known for their involvement in the Yangon Street Art scene. Facing a never ending political transition and consequent disenchantments, they find solace in creating the “sidewise world” they would like to live in. In this exhibition, their art becomes a machine to travel through time and space in a playful way. Fond of chronicles, Wunna Aung recreates historical characters who endured difficult times, passionnated about the interstellar universe, Thu Myat depicts a cosmos inhabited by aliens and gods, frustrated by the world he lives in, “Bart Was Not Here” creates a Temple of Escapism, inspired by what he calls a “God Complex”.
This exhibition encompasses three colourful and witty new series of paintings and a collective artwork revisiting pop-art and mural tradition.