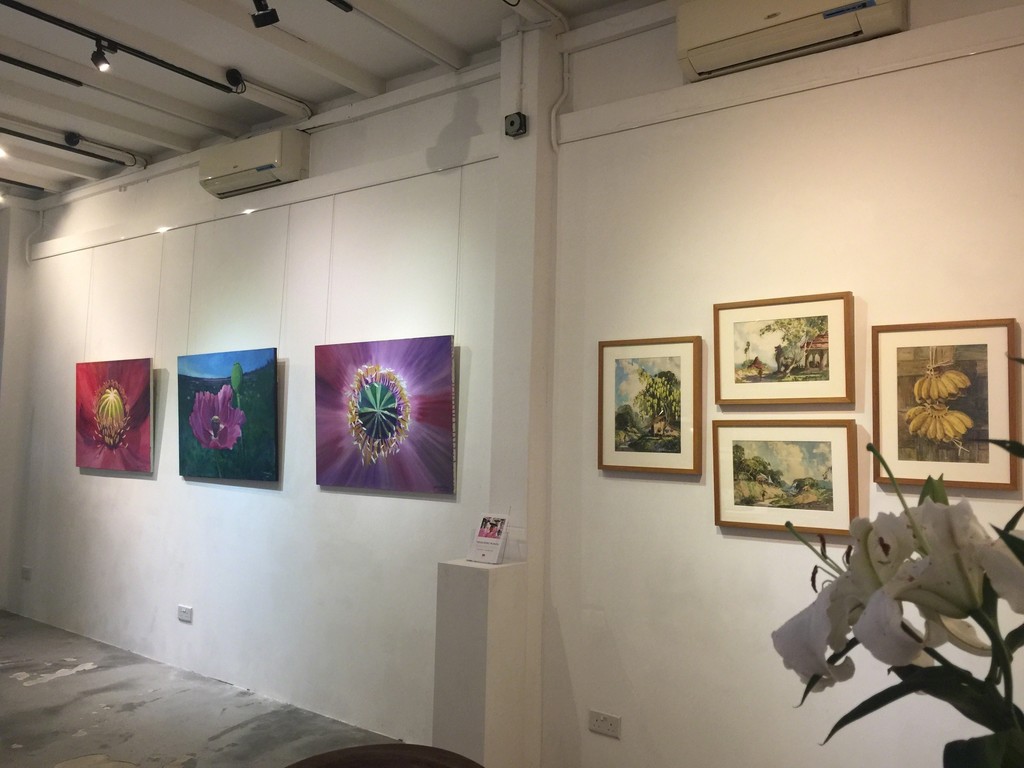 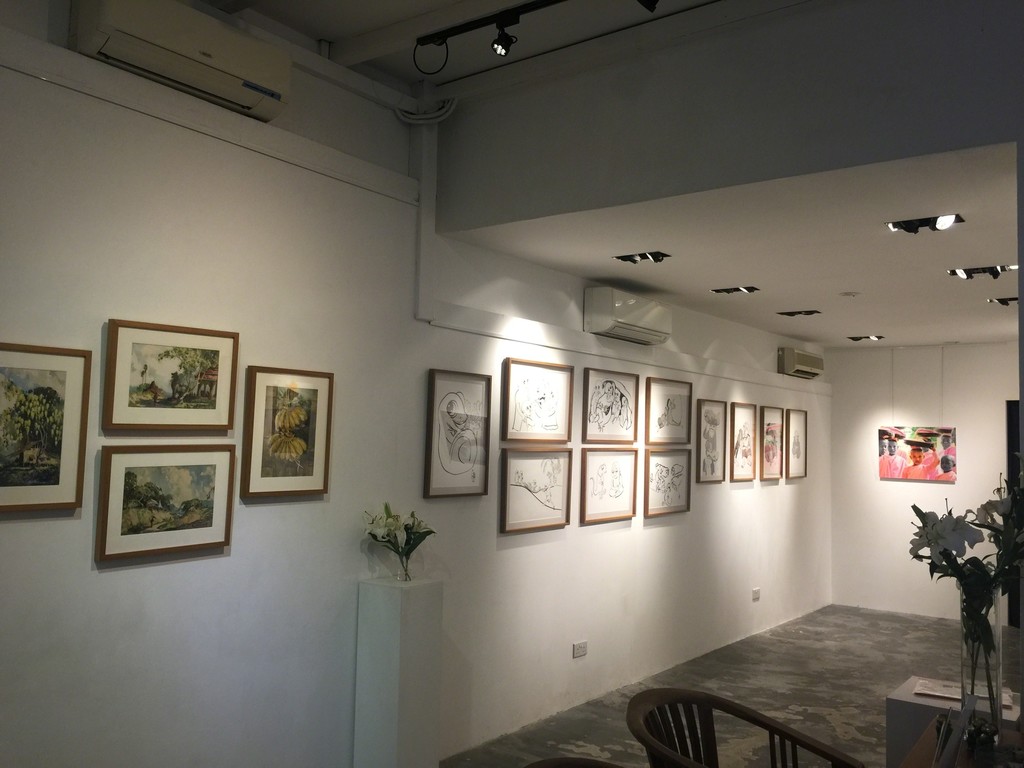 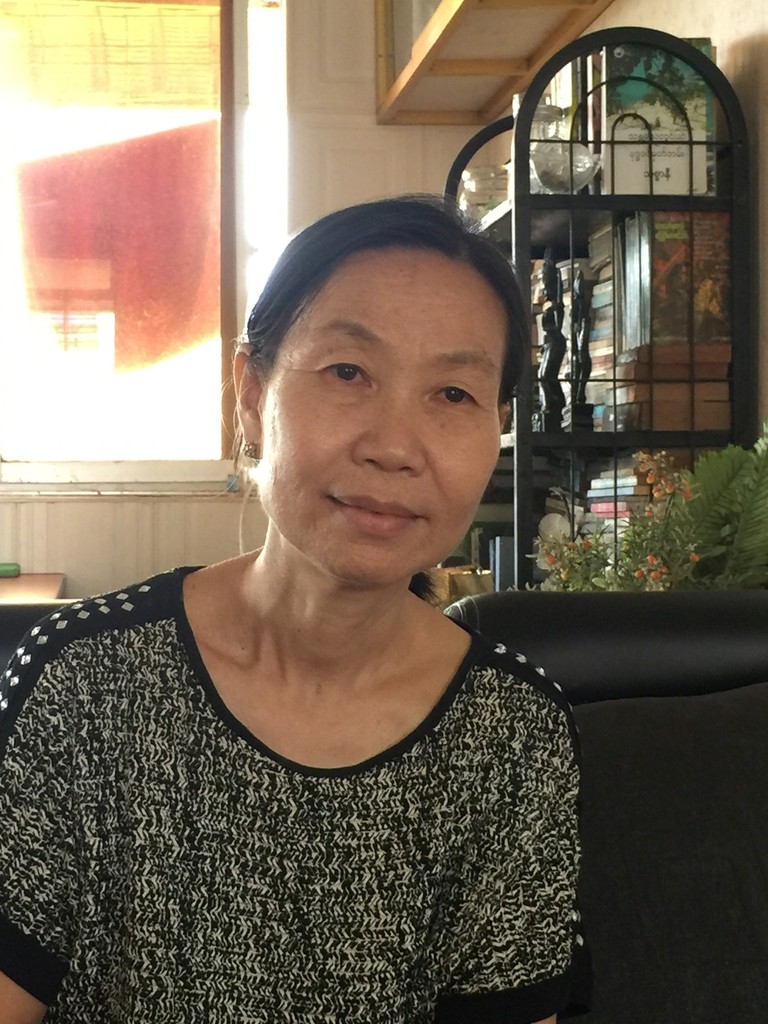 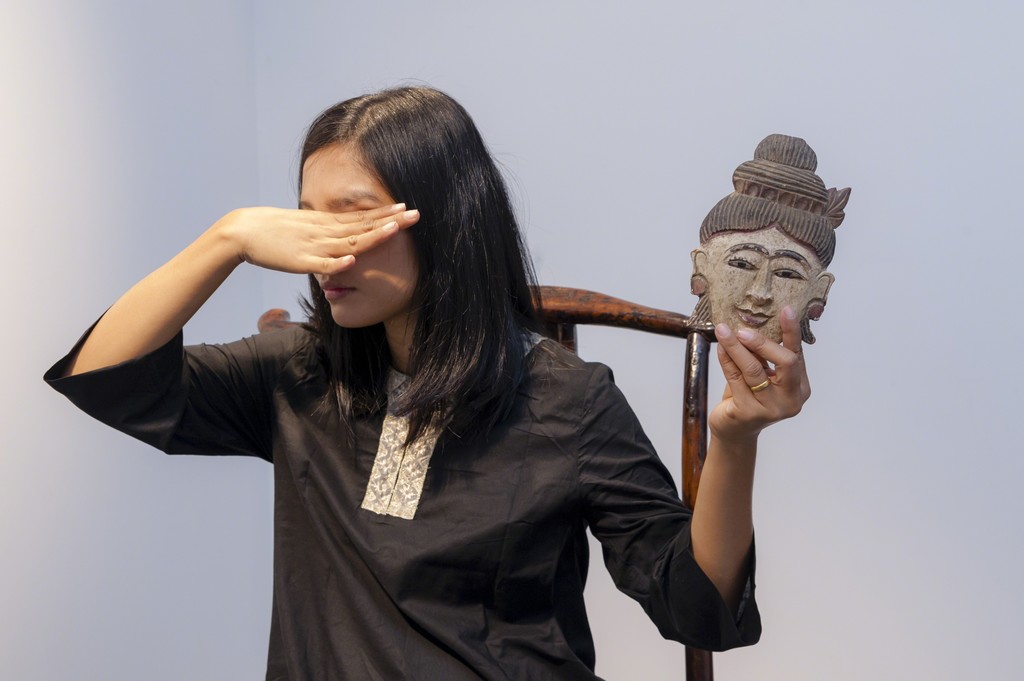 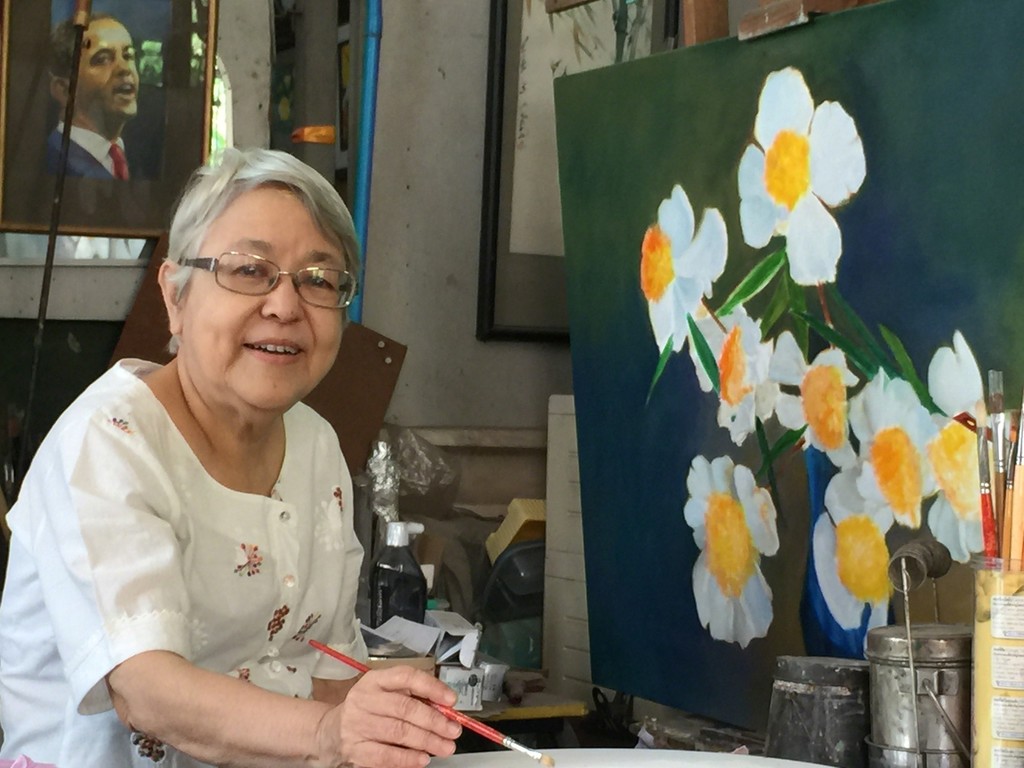 Myint Myint Tin in her studio

Myint Myint Tin, Phyu Mon and Zoncy represent three generations of women artists devoted to making women’s voice heard in the artist community in Myanmar. Each of them has been influenced by the political context in which they have grown and developed as artists.

Myint Myint Tin was born in 1944 and grew up during the era of “Great Expectations” following Burma’s independence in 1948. She was part of the modernist movement and was among the first artists to introduce conceptual art to Myanmar. She is an artist, but also was a gallerist and patron of the arts from 1991 until the early 2000s. Six of the artworks showcased are by artists that Myint Myint Tin patronized as a gallerist.

Phyu Mon was born in 1960, two years before the Military Coup in 1962, which isolated the country from foreign influence and banned free expression for more than fifty years. Phyu Mon was the first woman artist to use photography and performance art, the latter being less subject to censorship due to its ephemeral nature. She plays a key role in supporting women artists in Myanmar.

Zoncy, the youngest of the three, was born in 1987. A year after her birth, the 1988 demonstrations led Aung San Suu Kyi to engage herself on the political scene, and forced the country to slowly open itself. Strongly influenced by the events that took place as she was growing up, she became an activist and got involved in peace building initiatives.

In Myanmar the majority of women artists typically represent flowers to celebrate beauty and femininity, but also to avoid controversial topics that could be censorsed. Myint Myint Tin new series Poppy Fields is her response to the cliched representation of flowers, and a criticism of the cultivation of poppies used to feed the drug trade. Two charcoal drawings by Saw Than Naing an artist who was collected and promoted by Myint Myint Tin are part of this show to remind her role as patron of the arts.

Phuy Mon’s series Where We Are refers to the static nature of Myanmar’s society, despite the “changes” that took place over the last fifty years; in 1989, Burma was renamed Myanmar, in 2005 the capital city was relocated from Yangon to Naypyidaw, the constitution went through several changes, a new flag was adopted, yet the economy has not improved and society has not evolved. Since 2014, Phyu Mon has been playing with black and white and colour in her photographs. Beyond the aesthetic effect, the alternance of colour and black and white allows her to focus on mundane details and suggests that the present time is not brighter than the past. The beautiful image of the young nuns in their pink robes does not celebrate tradition but rather expresses regrets about women’s status, which is not evolving.

Gecko Stories by Zoncy is inspired by happy memories of her childhood in the Southeastern village where she grew up. The carefree images in Gecko Stories, inspired by Zoncy’s youth and the joyful games she played with her sisters and grandmother contrast with the Survival Game’s series, where she represents the daily challenges and adversity faced by families in Myanmar.
Zoncy demonstrates that regardless how small we are and despite the hardships we face, we have the power to stand-up and contribute to make our world a better place.

ARTIST’ S BIOs
MYINT MYINT TIN
Born in 1944, Myint Myint Tin graduated in Physics from Yangon University in 1968. From 1964 to 1968, she was a member of the Art Club of her university and studied painting under the famous Burmese painter U Lung Gywe, She was one of the first women artists to experiment with abstract and conceptual art and participated in many exhibitions in Myanmar, Thailand and Singapore. Besides her own artistic activity Myint Myint Tin contributed to the art scene as a gallery owner and through her support to the younger generation.

PHYU MON
Born in 1960, Phyu Mon is a well-established artist, who graduated from Mandalay, majoring in Burmese literature. Since she was a teenager she has been writing poems, short stories and painting. She studied painting under the Master artist U Ba Thaw, and video and film production through a program from the university of Finland. Today she is a versatile artist, famous for her pioneer role as a female performance artist but also for video and photography. Phyu Mon has founded Blue-Wind, an independent non-profit association which is dedicated to women artists.

ZONCY
Zoncy has a Bachelor in computer sciences from Yangon University. She studied watercolour and drawing under Nwe New Yi, (Nann Nann’s mother) and was initiated to contemporary art at New Zero art space, Yangon. Zoncy was born in 1987 in Thenasserim, a region located in the most Southern part of Myanmar. Many ethnic minorities live in Thenasserim, and Zoncy who has a Karen father is very much aware of the ethnic and religious problems, which plague her country.