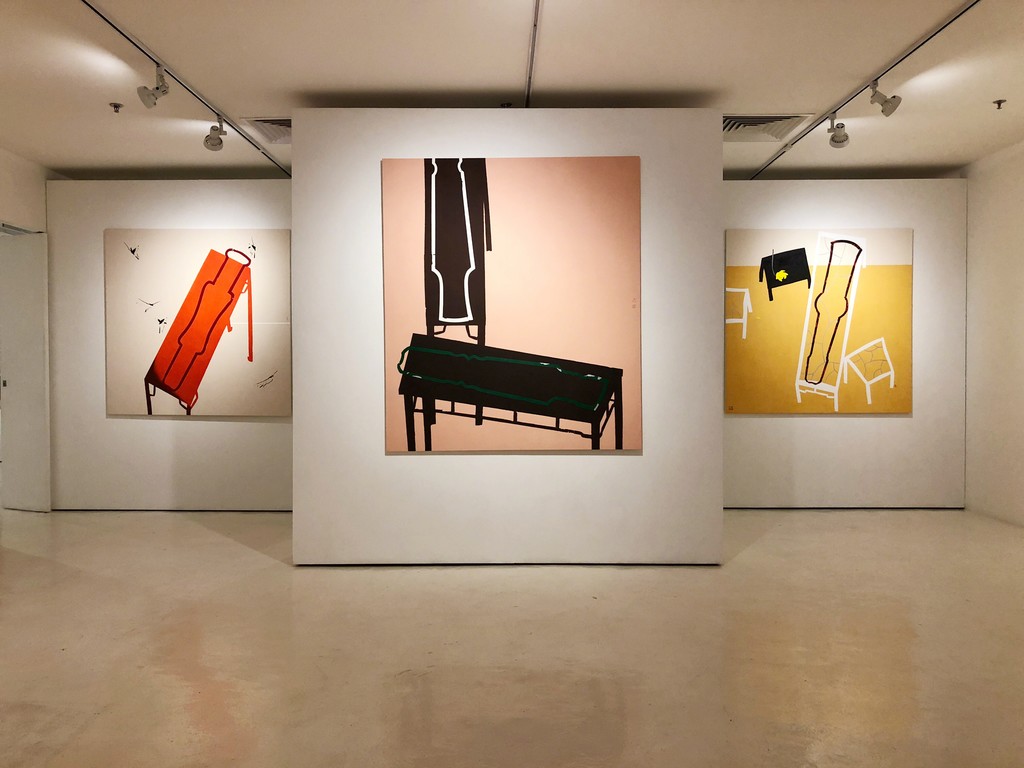 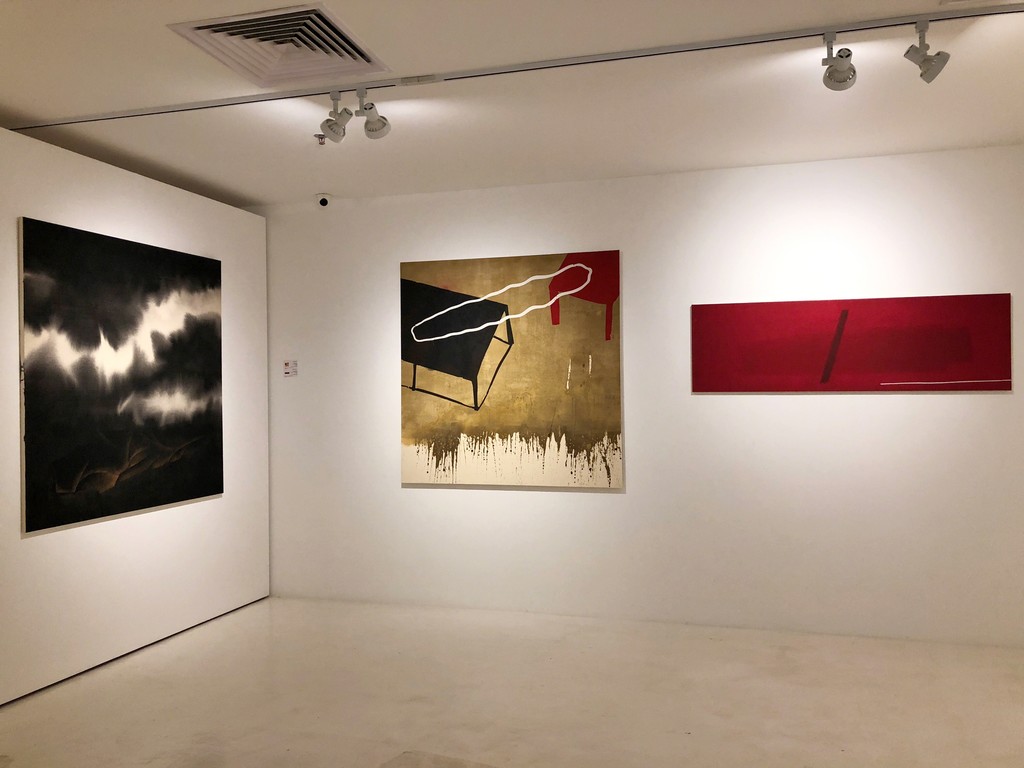 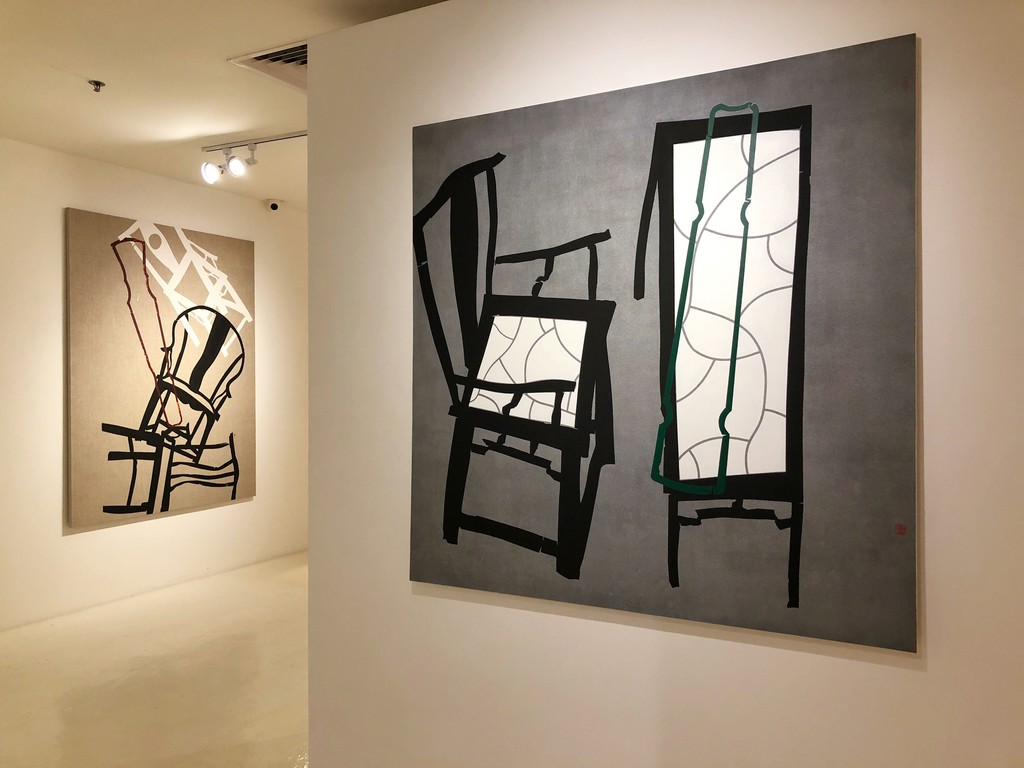 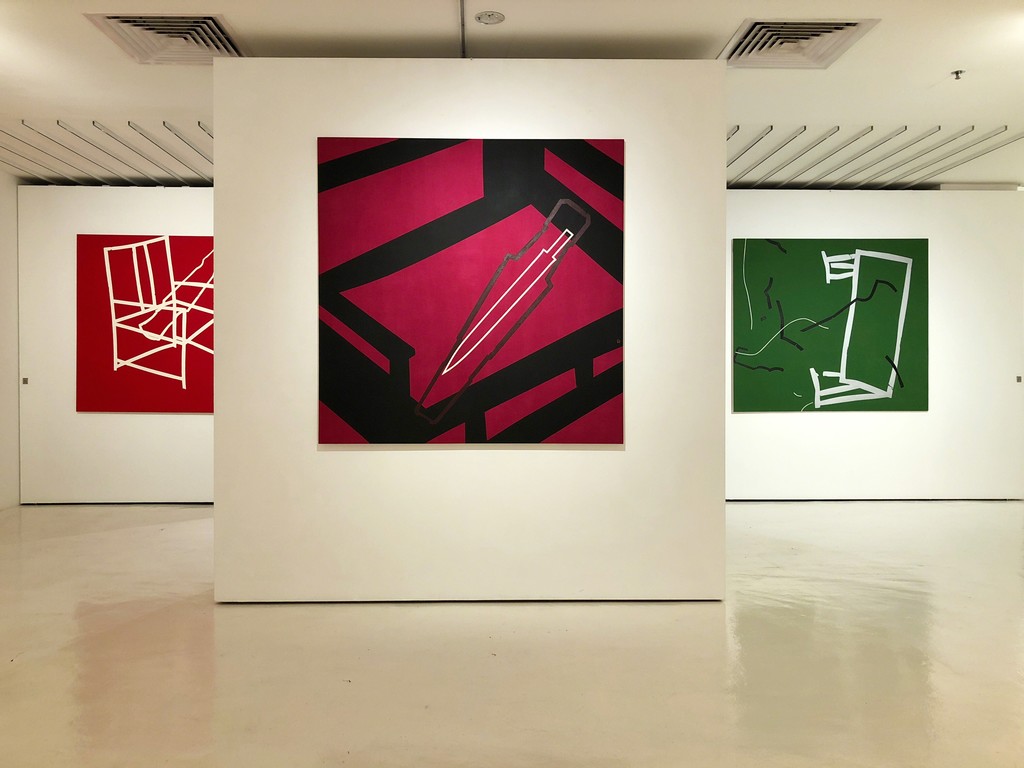 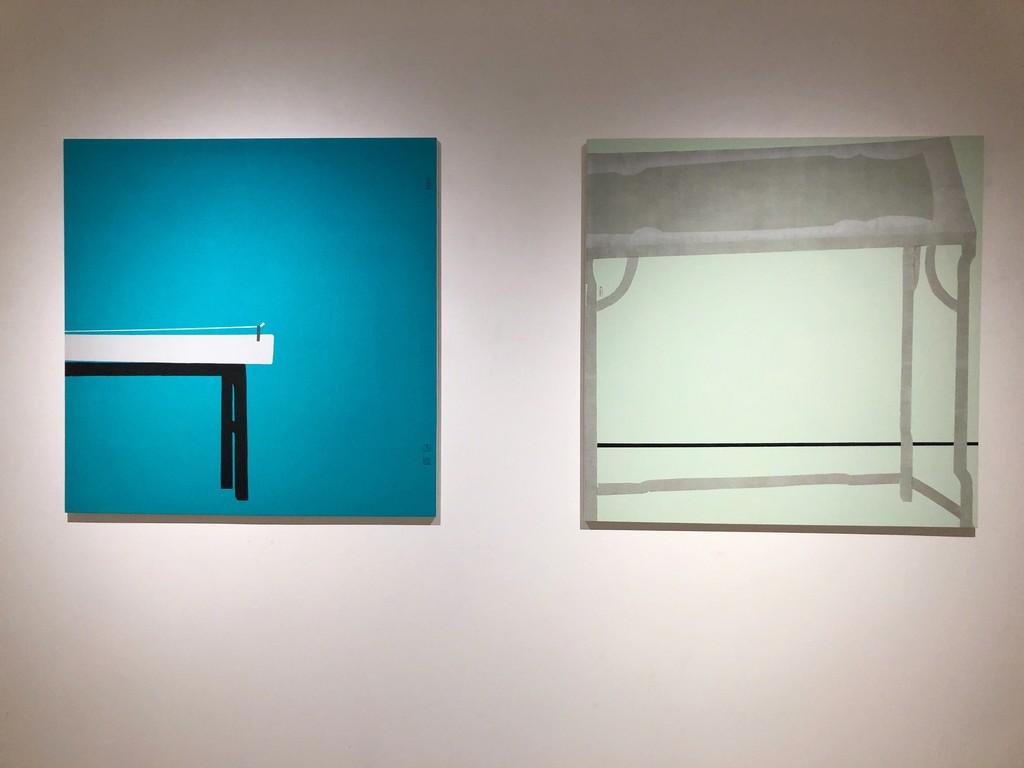 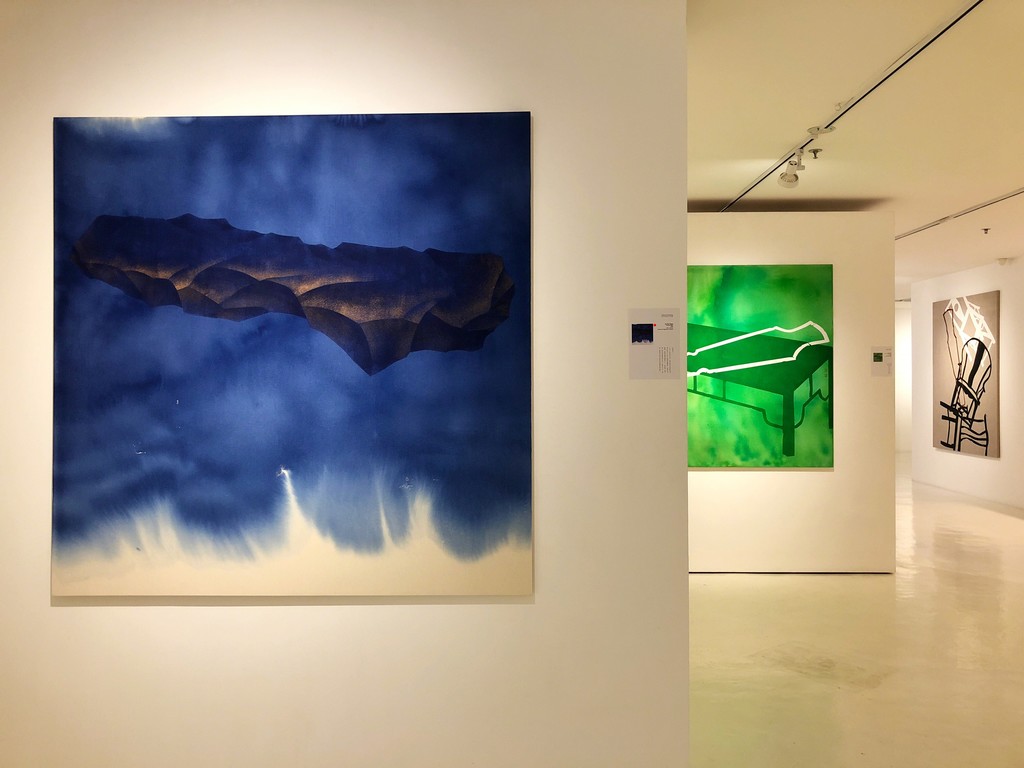 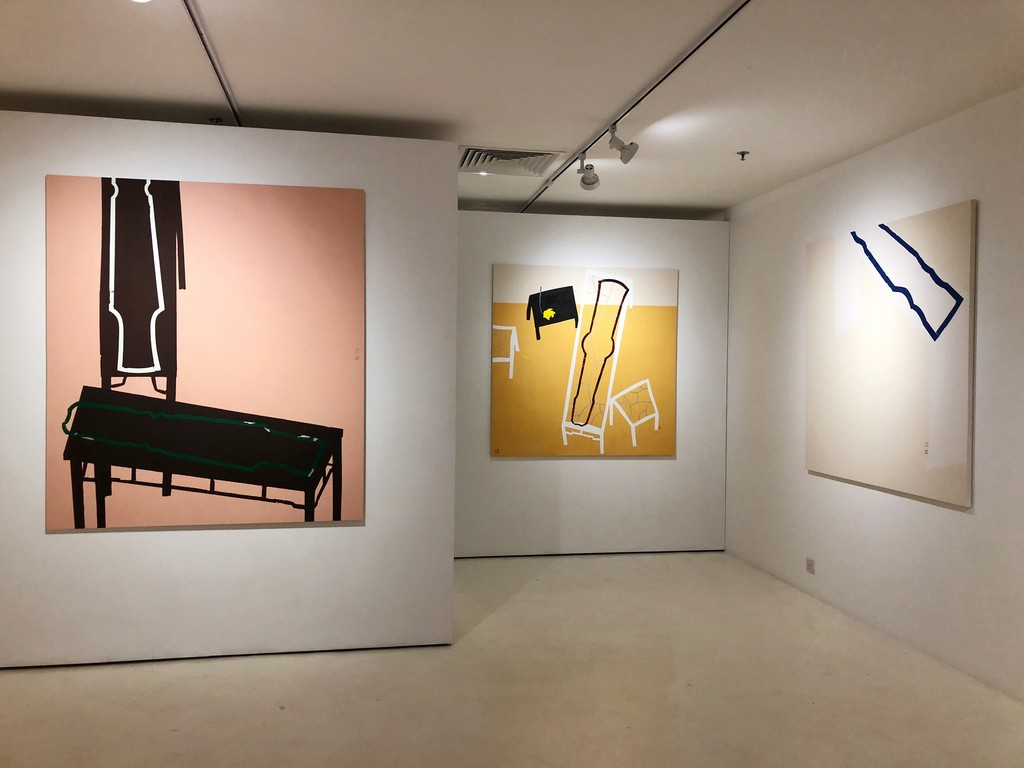 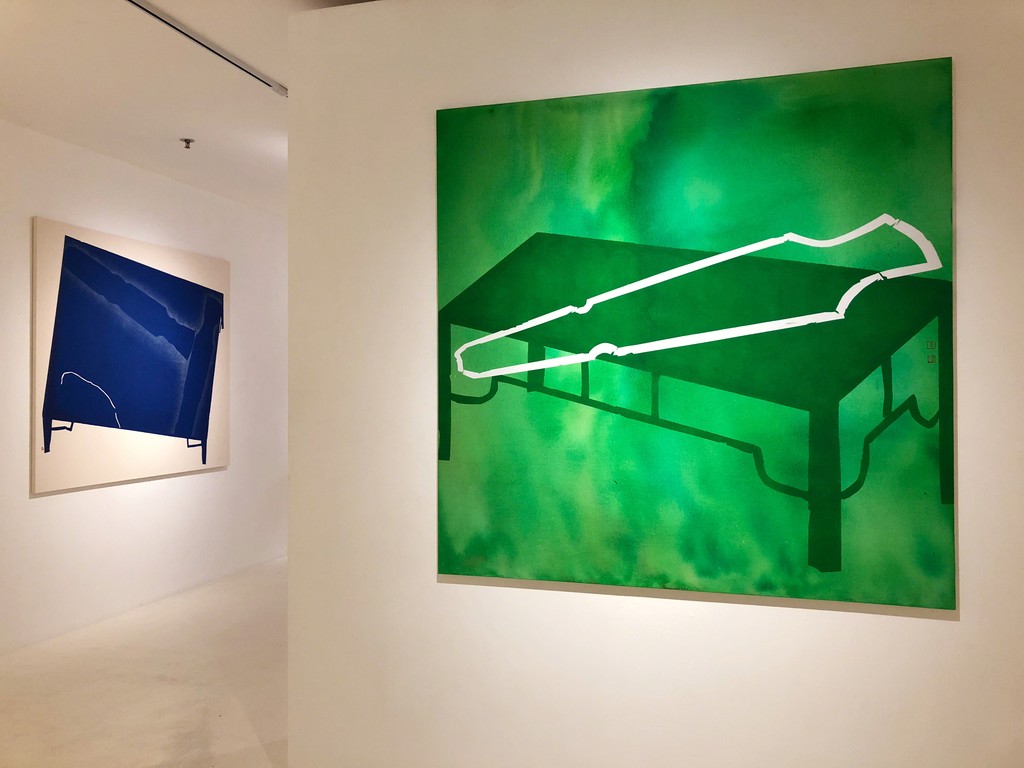 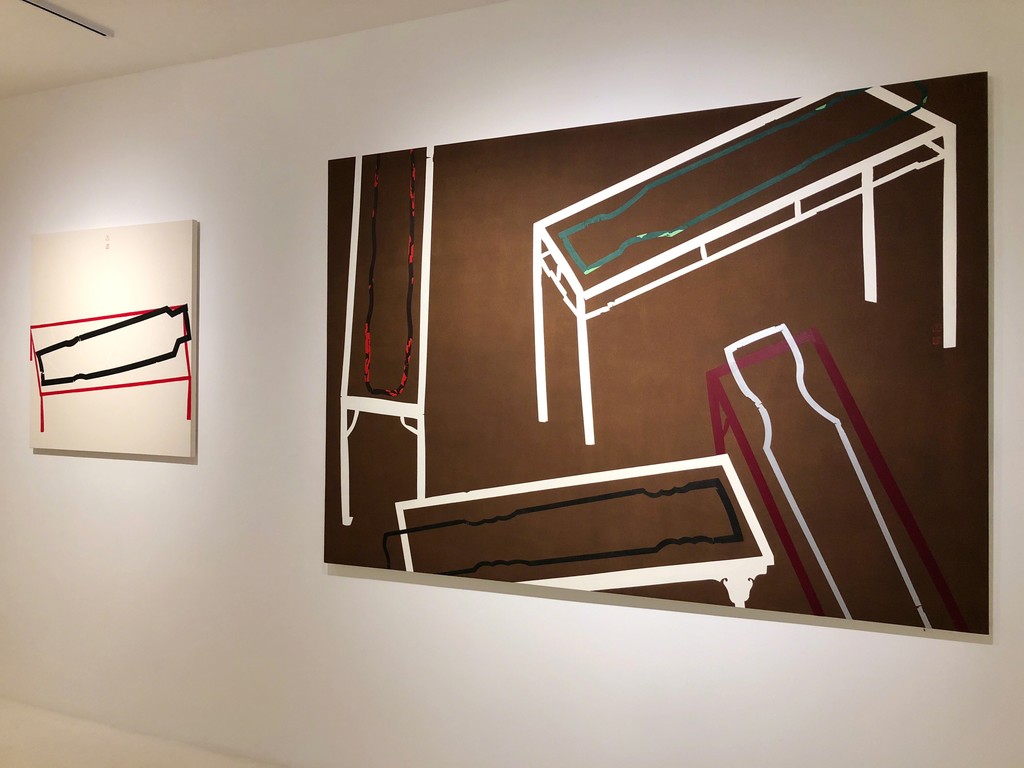 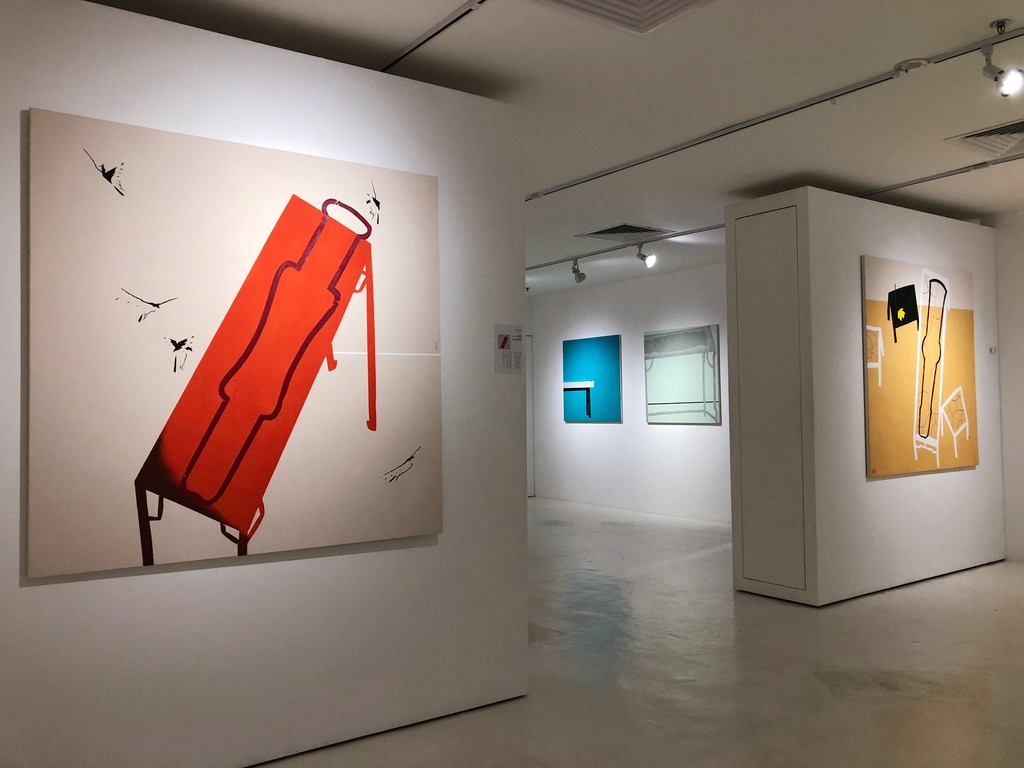 Tay has started to use the guqin, also known as the seven-stringed Chinese zither, as an exploratory subject in 2015. Inspired by the classic guqin melody “Conversation Between a Fisherman and a Woodcutter” which serenades a carefree life amidst nature, Tay seeks comfort in the subtle and tranquil melodic tones. It echoes and serves as a metaphor that Tay yearns for as the way of life.

Since ancient times, the guqin was believed to be the instrument best able to link man and cosmos, to harmonise heaven and earth. To study the guqin was to embrace an all-encompassing moral philosophy known as “the way of the qin,” essentially a lifestyle of moderation, self-cultivation and decorum. For Tay who looks towards contemporary times, it is a personal and intimate connection. He found resonance within the melodic tunes of the instrument because it revealed the essence of life for him. The many intriguing qualities of guqin draws him to unceasingly search for deeper meanings within the instrument. At the same time, it distracts and relieves him from worldly concerns.

Using elegant and minimalist strokes, Tay chooses to compose the interpretative layers he discovers in the subject matter of guqin through his own unique visual language. He manipulates colour and tones to achieve subtle gradations and ink-like translucency amongst the dynamic forms in his artistic creations. In this body of paintings, his progressive attempts reveals him exploring with equal amounts of mineral-rich tones that range from brilliant blues to opalescent greens and bright reds as well as subtle, calming earthy shades. He presents intimate, unseen layers of meanings within the age-old oriental instrument in his paintings, which in fact mirrors his personal outlook on life. Tay has always been inspired by the qualities of nature. To him, nature is perfection, balance and harmony. In recent works, he experiments with deconstructing and reconfiguring subject matters that intrigues him such as the traditional oriental instrument of guqin, portraying them with an aesthetic quality of minimalistic simplicity. He believes that his work should reflect the spirit of contemporary times, hence continues to push the boundaries and contemporise the genre of Chinese ink painting using canvas, as he recognises the limitations of rice paper as a medium. This exhibition will showcase about 20 of Tay’s latest creations.

Tay Bak Chiang 郑木彰 (b. 1973, Malaysia/Singapore) graduated from the Nanyang Academy of Fine Arts in Singapore in 1995 and studied at the China Academy of Art in Hangzhou, China. He was awarded the First Prize in the Chinese Painting category in the 19th and 22nd United Overseas Bank Painting of the Year Competitions (2000 and 2003 respectively). In 2002 he received the Young Artist Award from the National Arts Council of Singapore. Tay works can be found in private and public collections including The Istana (Singapore), Ministry of Foreign Affairs (Singapore), Permanent Mission of Singapore to the United Nations (New York, United States of America), National Gallery Singapore (Singapore) etc.