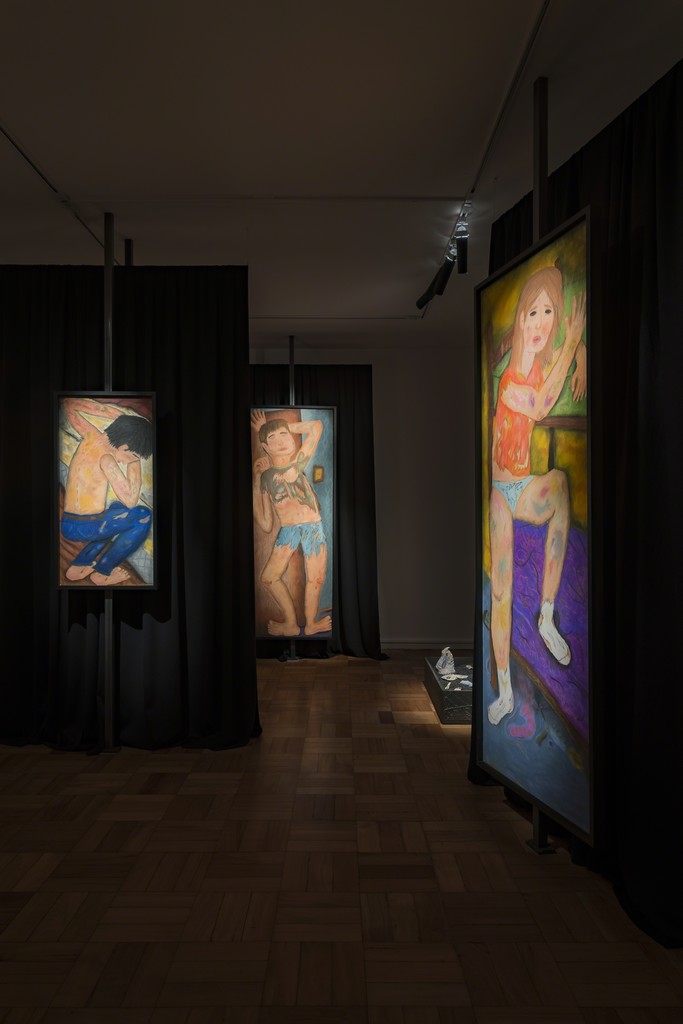 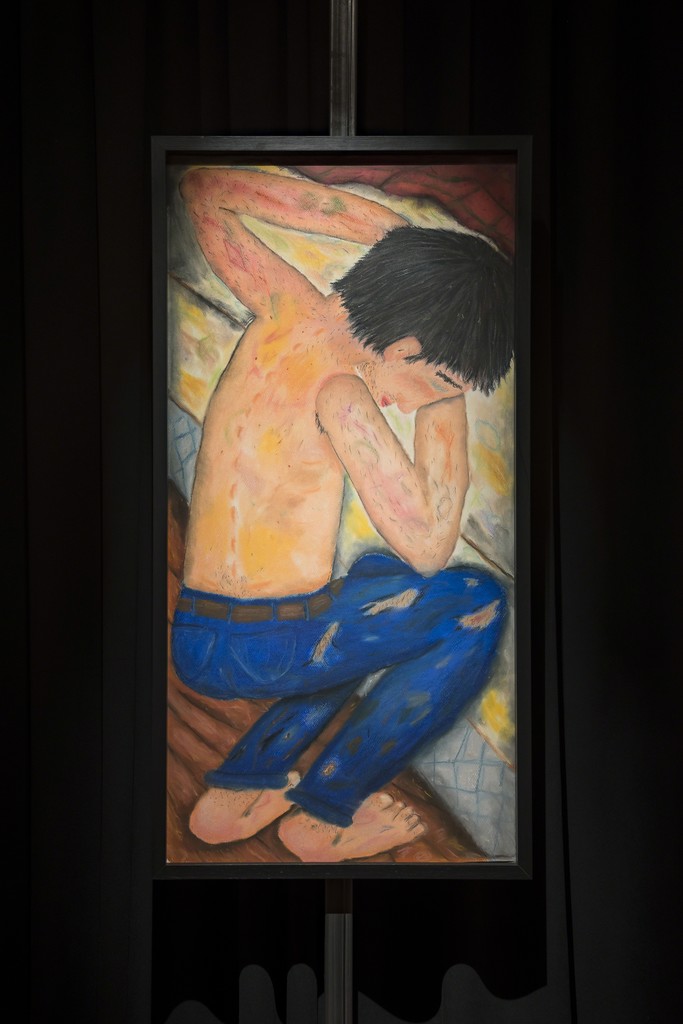 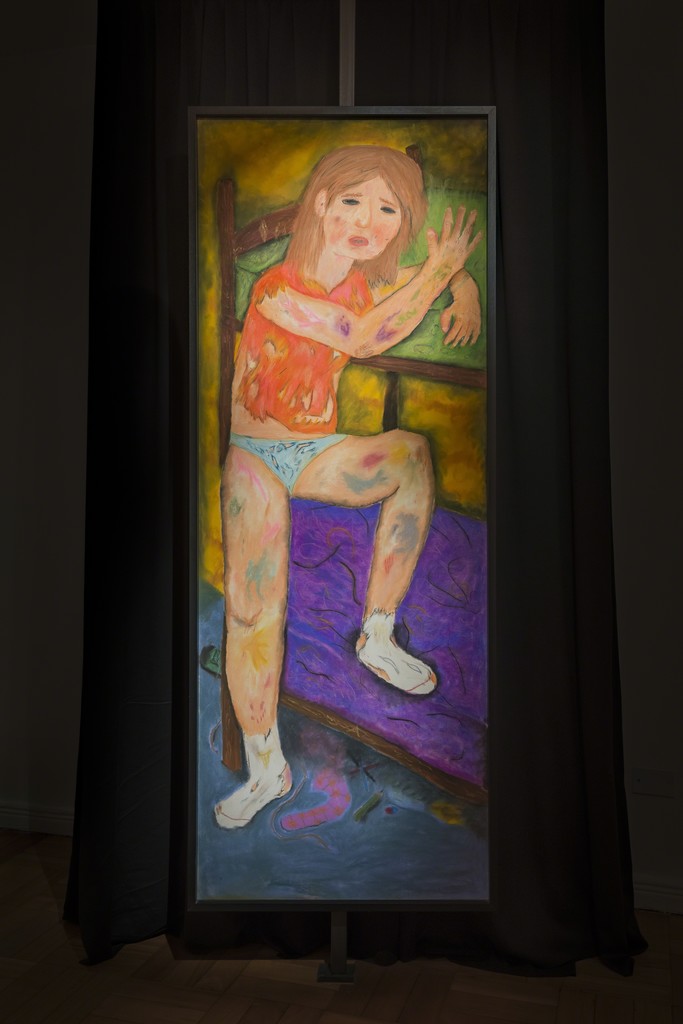 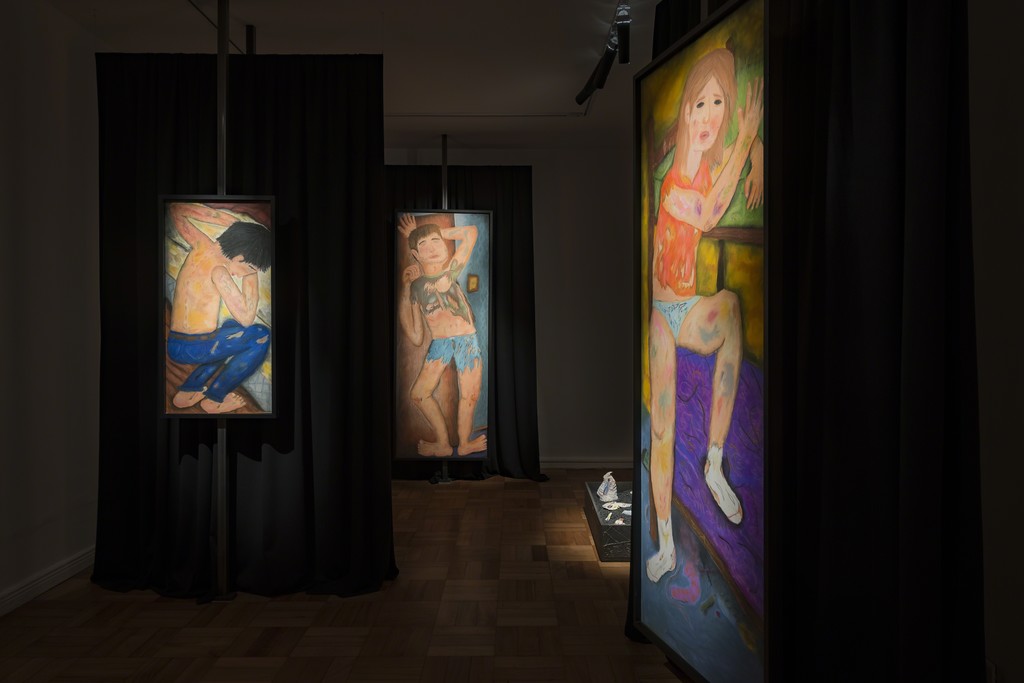 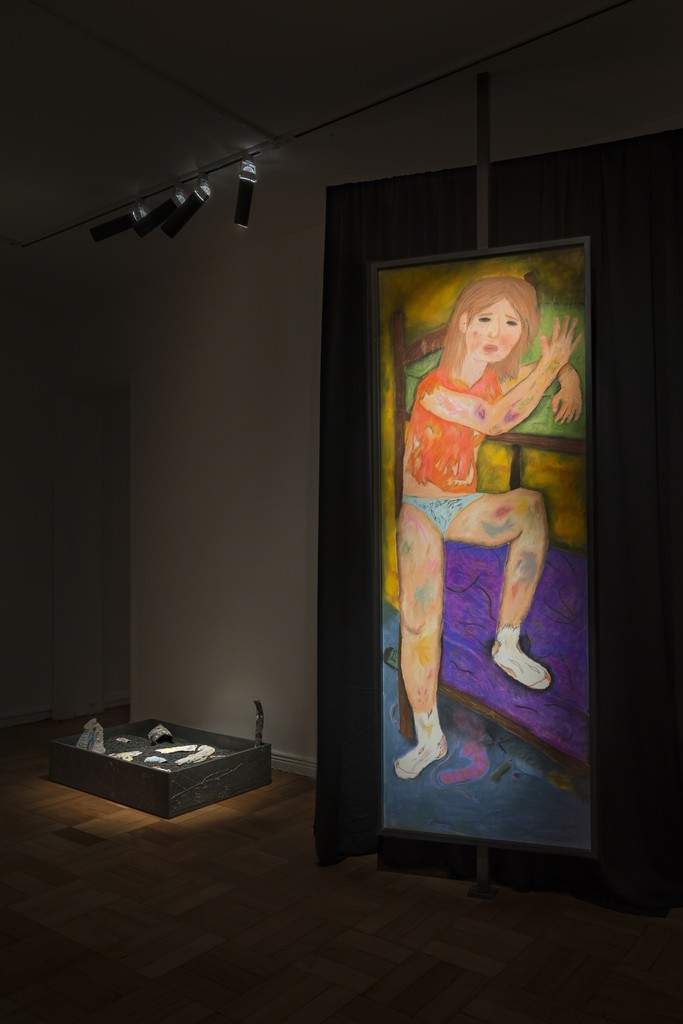 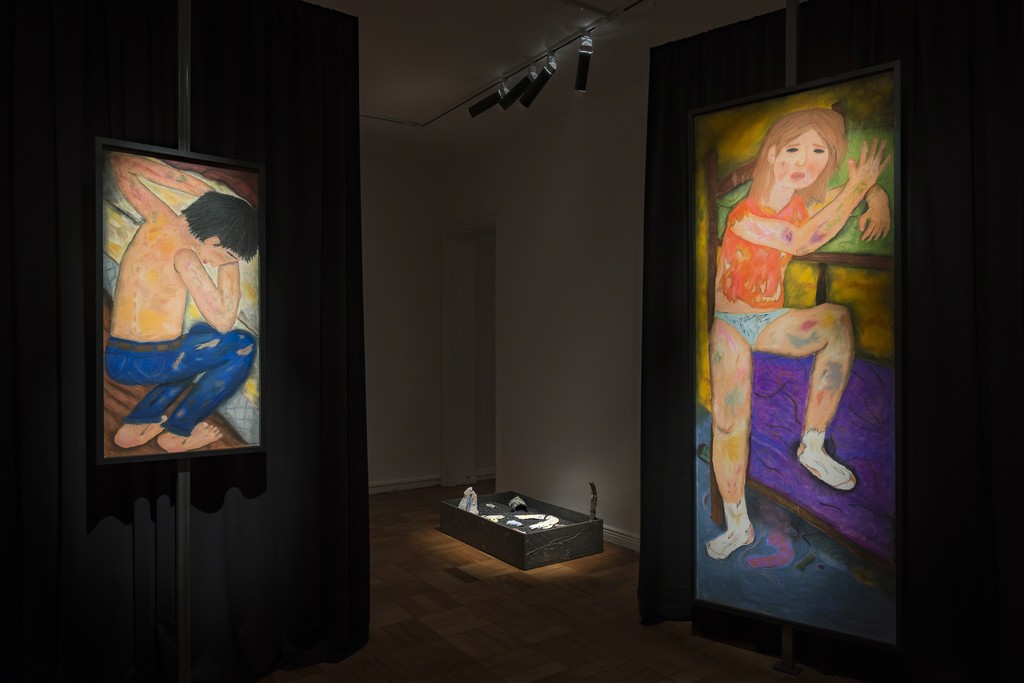 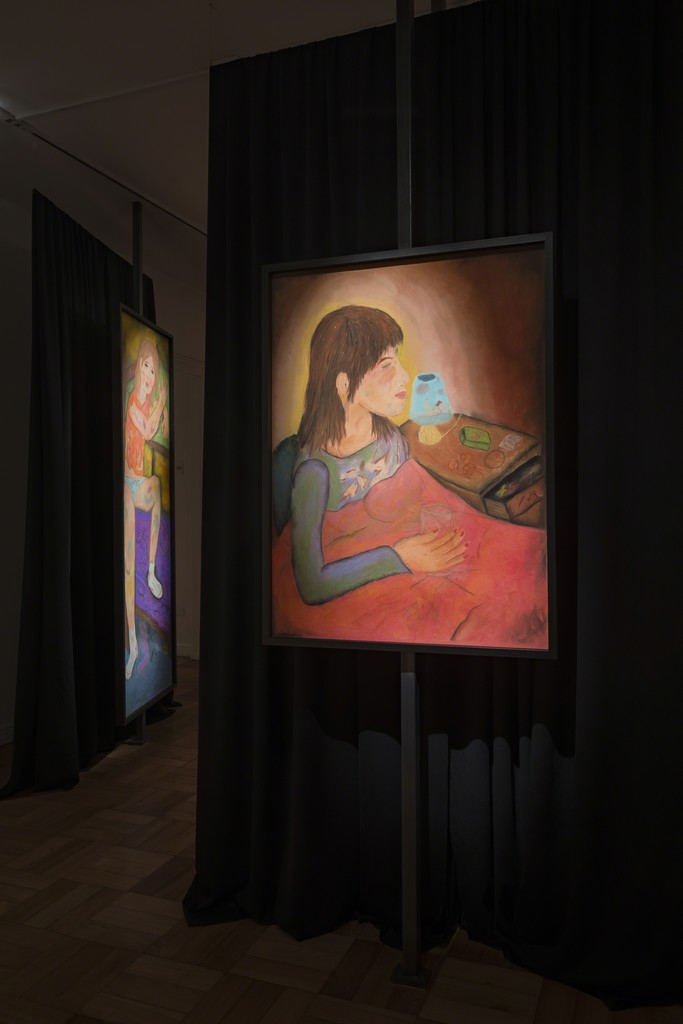 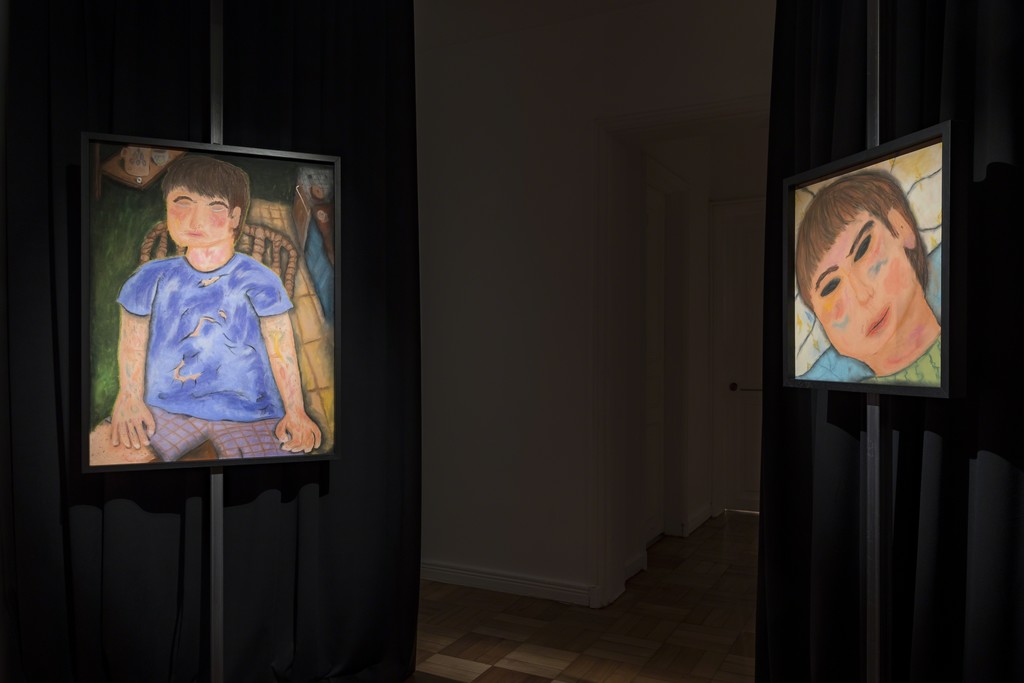 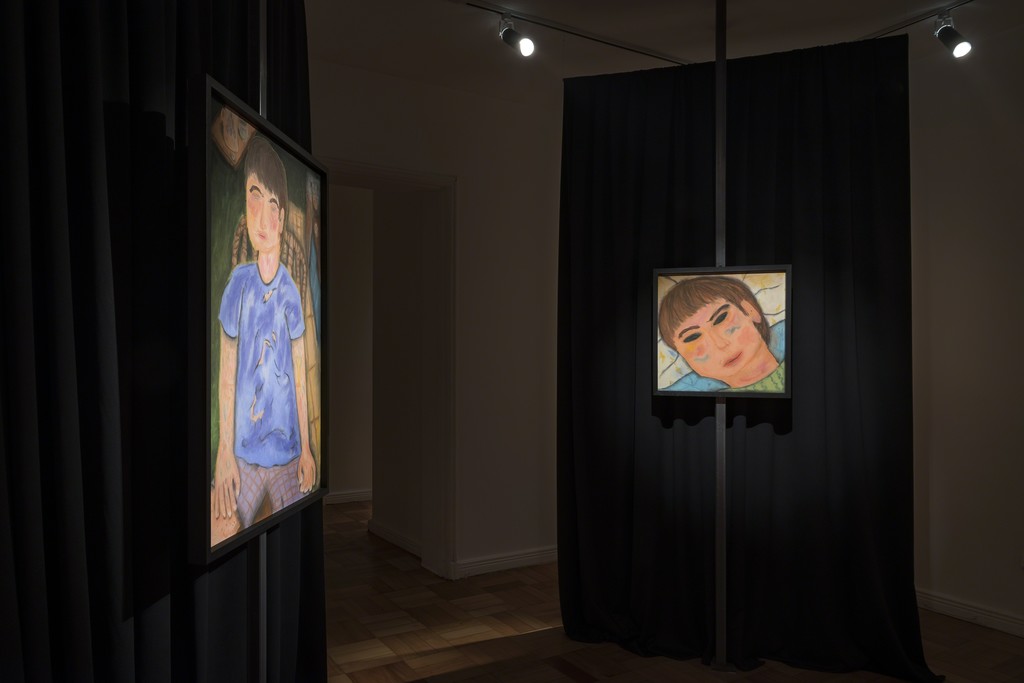 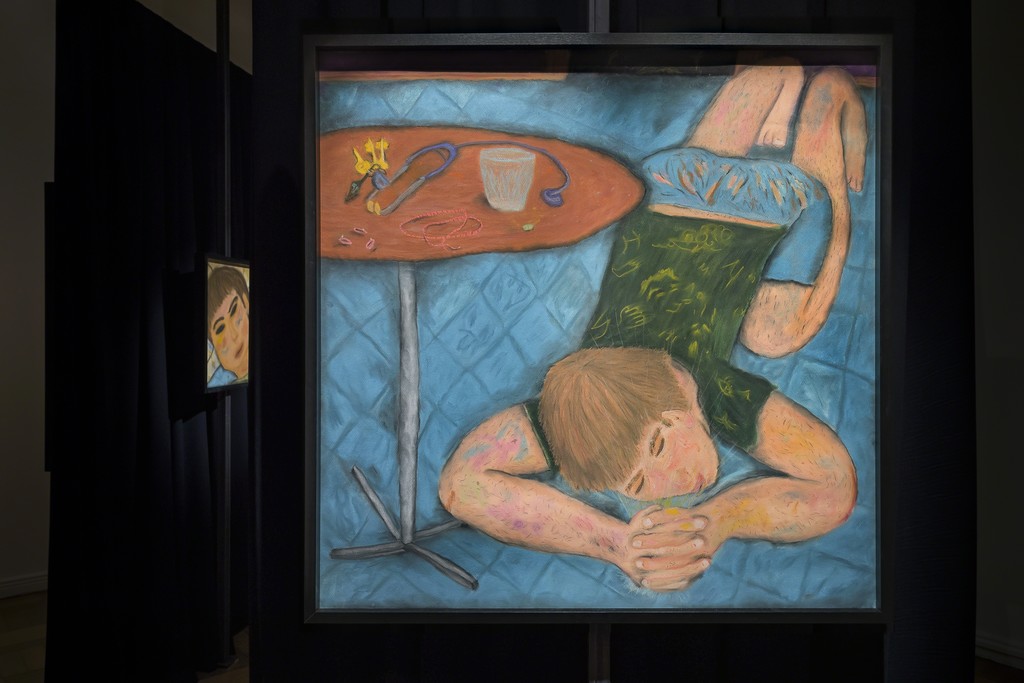 In his first individual exhibition in Chile, the 22-year old artist will showcase a series of 13 portraits and intervened objects, including large format works in paper and others in a more intimate size, in which he reflects upon the Chilean and Argentinian costumbrista portrait tradition, taking it as a starting point for the constellation of his own past into a lyric present. Ulises Mazzucca has drawn inspiration from artists of past decades, especially the Chilean artist Inés Puyó (1906-1996) and the Argentinian artist Augusto Schiavoni (1893-1942).

Carlos Herrera, curator, explains: “In his work, Ulises Mazzucca expresses what could be seen as intimate constellations of a generation that is trying to recover the bond of what each one considers their own –differing of that belonging to others– and is willing to share, or at least leave it in plain sight to create a collective story. The skin is his territory. Blood flows through paths full of fervent stories, of marks so private as the ones only you know about yourself.” “In his exhibition, we will experience the certainty of knowing about ourselves the limits of desire, and the strength as a consequence of the endings,” he adds.

About this, his first solo show in Chile, Ulises Mazzucca says: “I’m very excited and proud. This is something new to me, since I’ve never exhibited by myself in a foreign country. This represents a great opportunity to continue growing with Isabel Croxatto Galería, expand my work and present it to other perspectives. En su rodilla un polvo cobrizo is a collection of portraits that arise from the experience and observation of the night bodily behaviours within a group of people.”

Through colour, something recent in his work, Ulises Mazzucca delivers an essence to the beings he portrays: “Colour becomes the substance through which the pieces are composed: as it’s chalk, the dust appears and, together with colour, it’s what gives them an ambience and identity. There’s an investigation on skin: the colour is drawn from the characters’ skin, their hair, their brows. There’s much about makeup, as well – the skin colours and shadows are generated from that place.” “These months of investigation and creation with Carlos Herrera –great artist and colleague who curates this exhibit– have helped me understand my new work, through the usage of colour, more as paintings rather than drawings on paper,” the artist affirms.

In addition to the opening event next Wednesday 22 May –in which both the artist and the curator will be present–, on Saturday 25 May, at noon, a round table will be held at the gallery, featuring the artist Ulises Mazzucca, the curator Carlos Herrera, and the gallerist Isabel Croxatto, in which the creative process involved in the artist’s work and the curatorial proposal of the show will be discussed. Admission is free and open to the public prior inscription by email to [email protected]