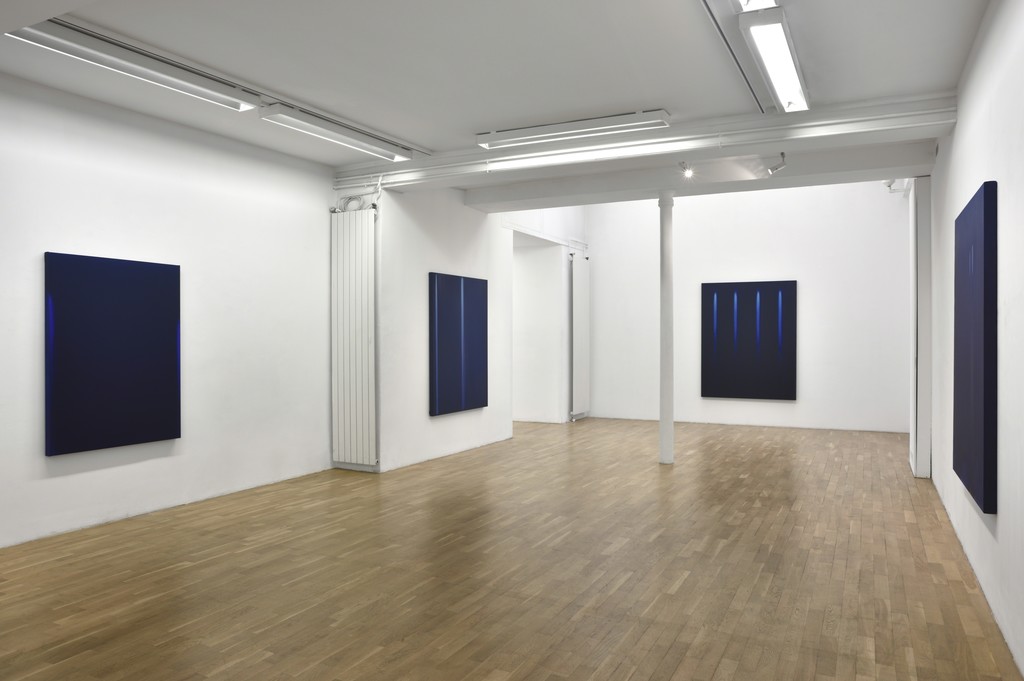 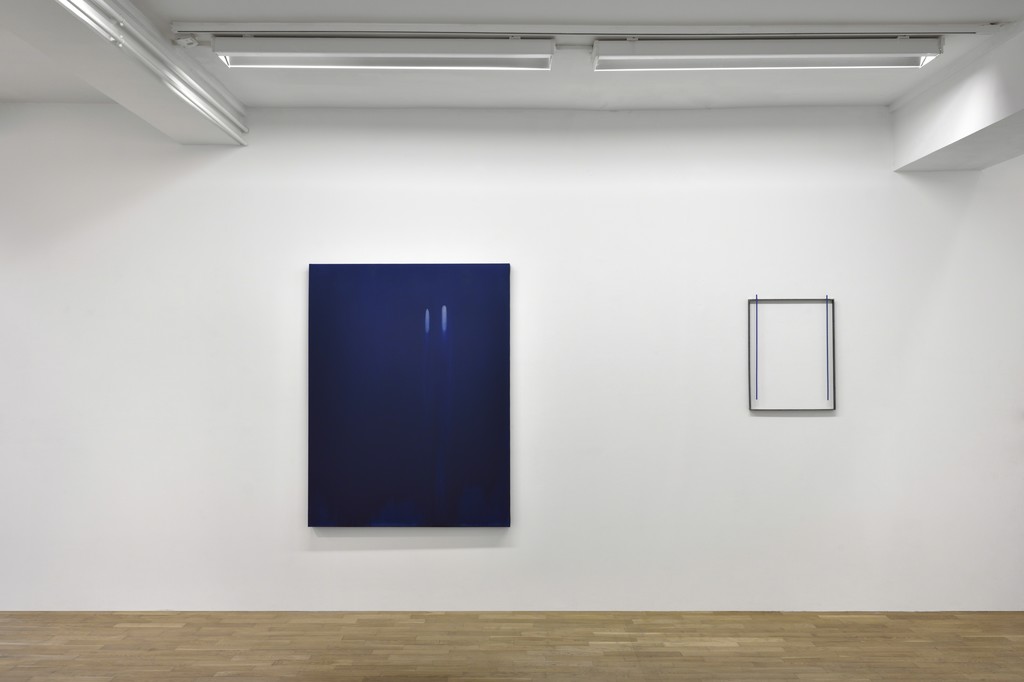 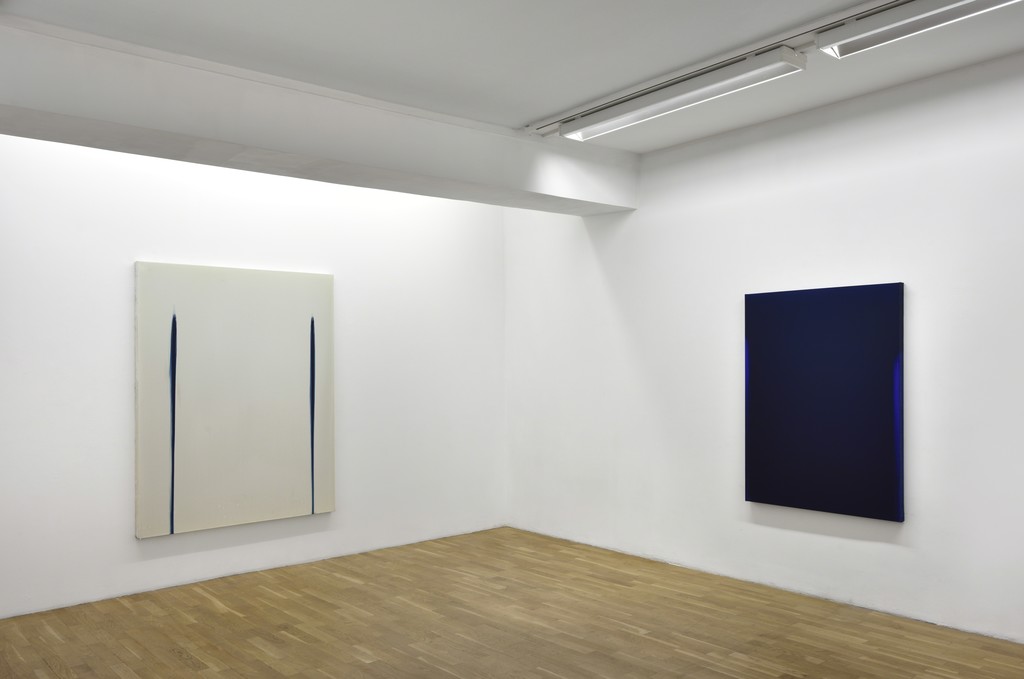 For his first solo exhibition in Paris at the Galerie Isabelle Gounod, “Royal Stanza”, Luke Heng, born in Singapore in 1987, engages in a cognitive process, dealing with and confronting painting as a subject in its own right : here, colors and lines make up intriguing titles.
Luke Heng envisages the environment through its subtle influence on colors, surfaces and forms. He tries to find a balance between the “I” and nature; between the painter’s consciousness and chance. Thus, his canvasses become the meeting point between the artist’s breath and his environment. He conceives them on-site.
Initially, Luke was inspired by his youth in a Chinese medicine shop, by the philosophy and quest for harmony of traditional pharmacology as well as its extraction and composition processes. He gradually broke away from motifs to experiment with the purely formal qualities of painting.
He creates his own colors from pigments. His process is repetitive and time-consuming, akin to a meditation ritual. He superimposes layers with a scraper, sometimes more than ten, twenty in the case of whites, each proceeding from the previous one. Between each layer, time stretches out, not only because the oil paint must dry, but also because the artist needs a latency period. Not so much to devise a strategy as to let chance do its work, or else to take a chance at controlling the drips, for instance. The artist’s struggle with the canvas contrasts with the impression of serenity given off by his paintings.
It seems to me that this back-and-forth between latency and emergence, apparition and silence, is the primordial, constitutive movement of Luke Heng’s work. He leads us to experience his paintings as transient places, mental and physical spaces of meditation and freedom.