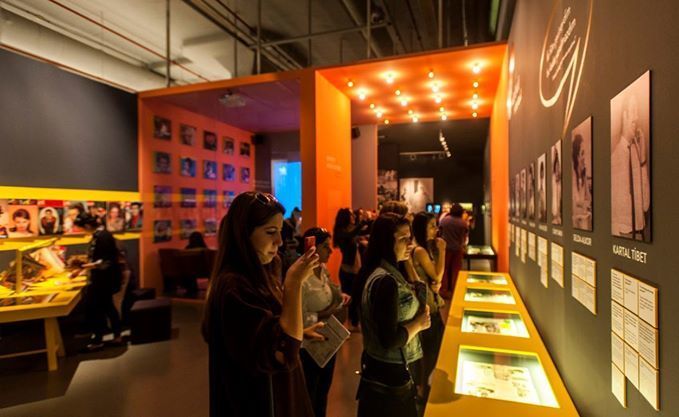 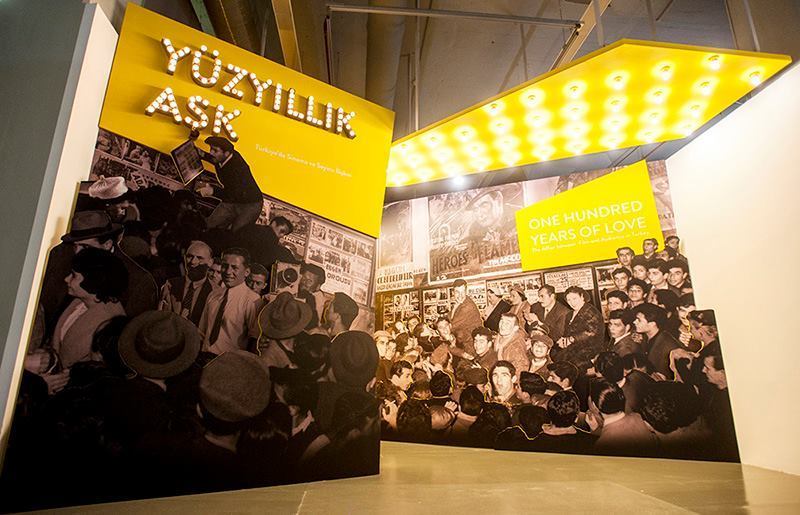 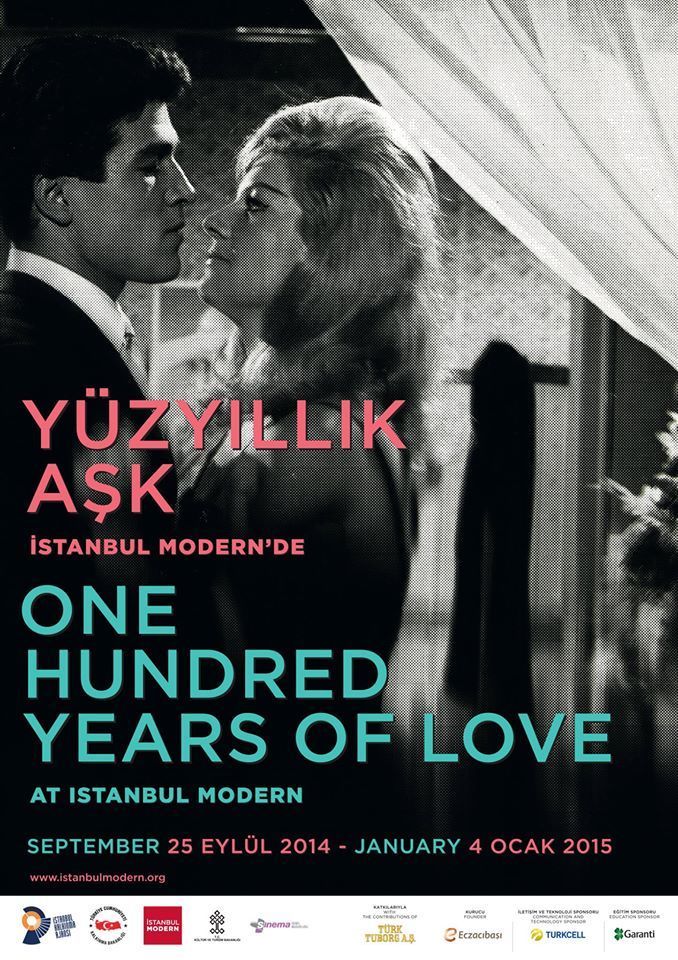 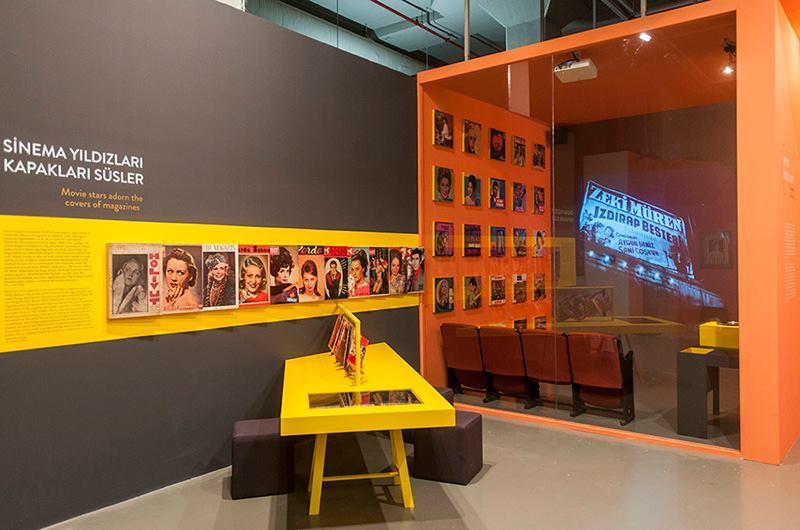 Within the scope of its 10th year, Istanbul Modern presents an exhibition in honor of the 100th anniversary of Turkish film: “One Hundred Years of Love”. A first in Turkey, this research exhibition covers this century-old adventure of film in Turkey starting from 1914, considered to mark the birth of the history of cinema in Turkey. The exhibition features moments of encounter between film and audience and the amazing collective and individual worlds created by this encounter. Compiling visual and written representations of film such as posters, photographs, box office reports, gala invitations, newspaper clippings and advertisements, lobby cards, and autographed photos of stars, the exhibition aims to render visible the memory of a history whose sources have been poorly preserved and has been kept alive only by personal efforts.

“One Hundred Years of Love” begins by treating of the audience’s most concrete relationship with cinema, in other words, cinema spaces. Emphasizing that movie theaters are “temples of audience”, the exhibition offers a presentation ranging from the first movie houses in Turkey to today’s festival halls. Elements connecting the audience with films and the cinema also constitute a major part of the exhibition: Newspaper advertisements, programs and flyers, brochures, magazines, and posters about films distributed by movie theaters. Another important section in the exhibition features scenes from close to 50 Turkish films showing spectators and auditoriums.

For the exhibition, a comprehensive catalogue is published. The catalogue features articles focusing on the relationship between film and audience, along with various archival visual material.