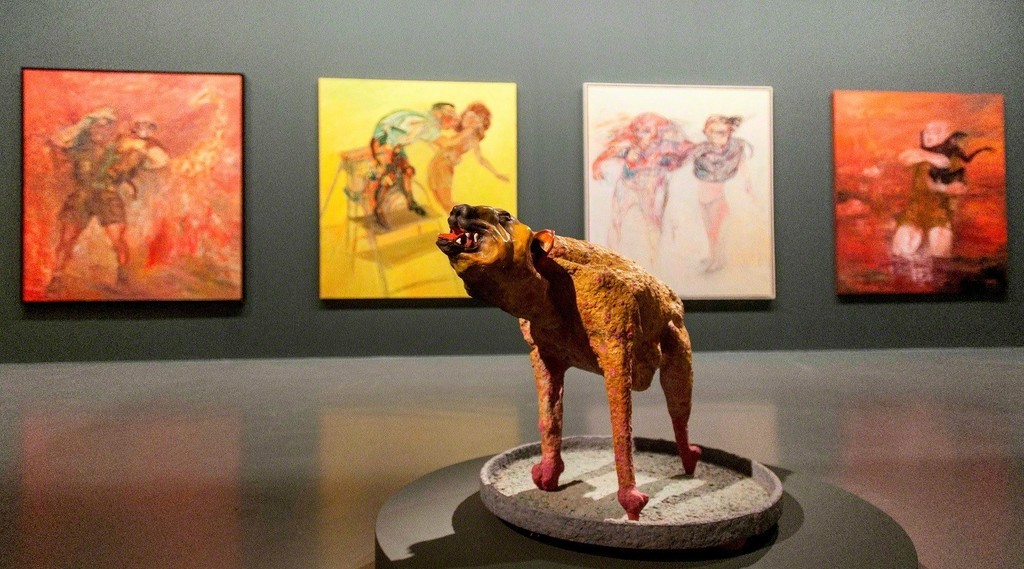 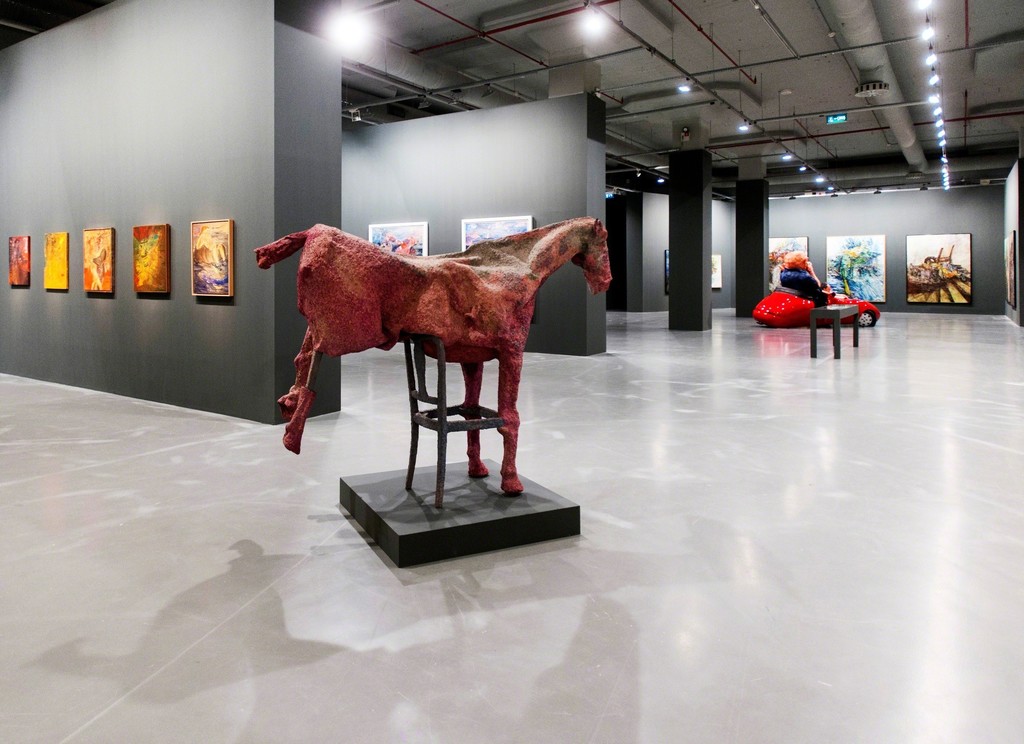 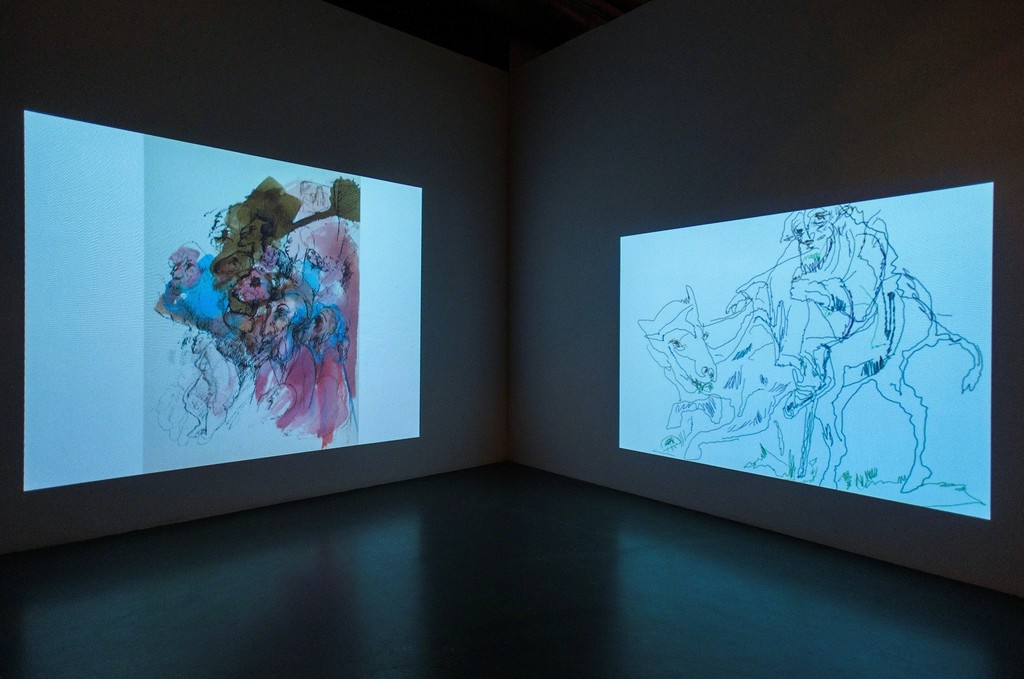 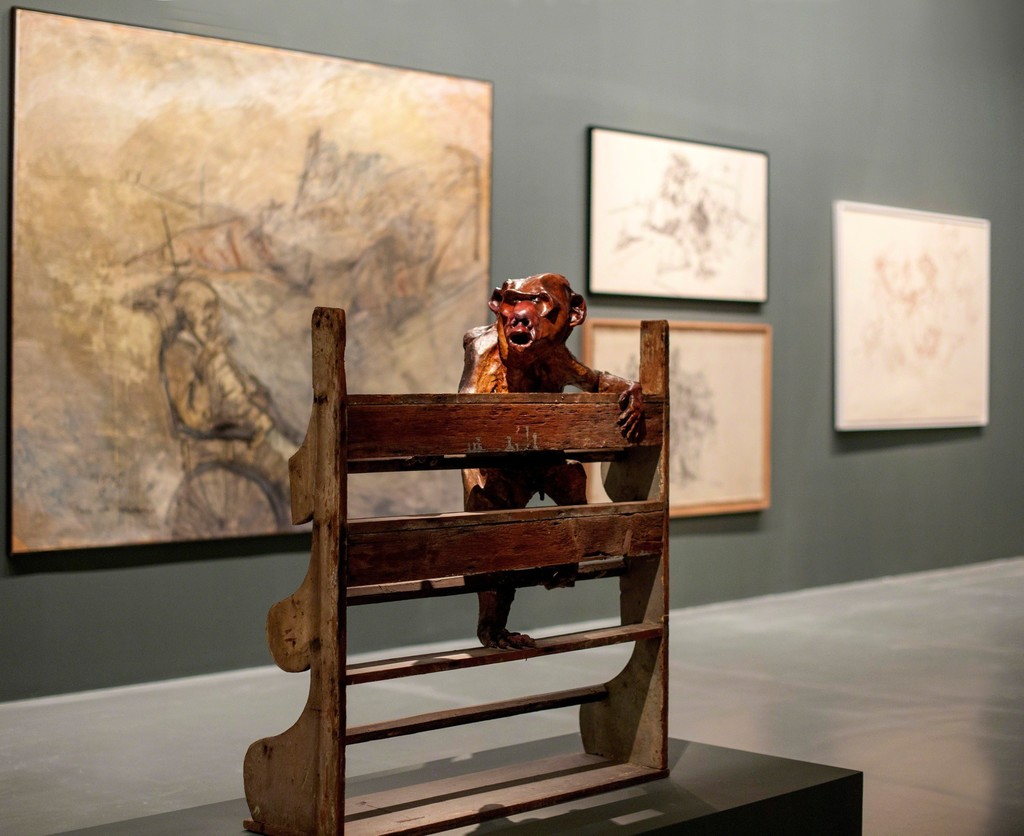 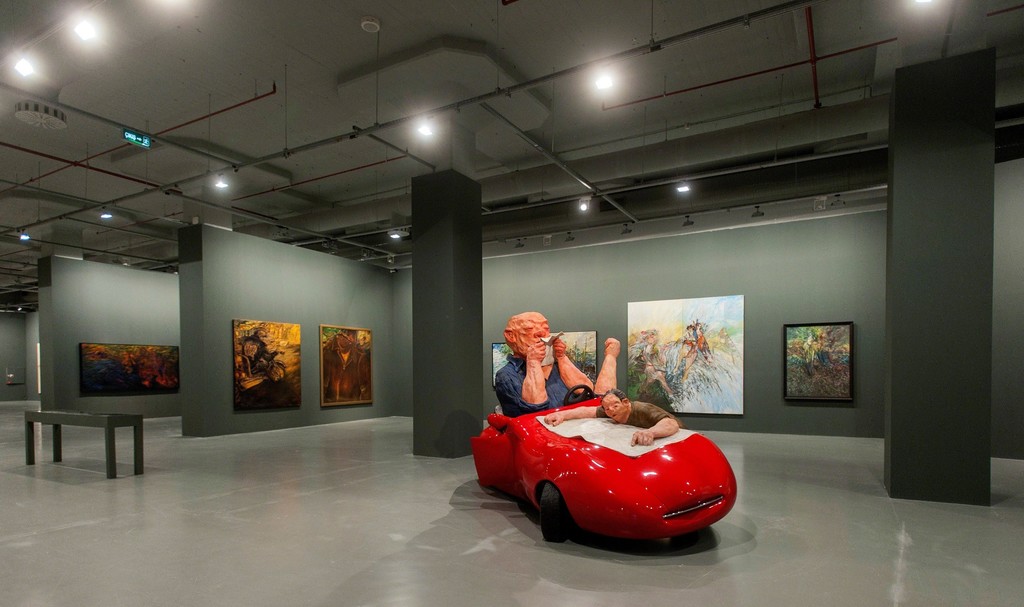 The exhibition sheds light on the development and transformation of the artist’s generous quest for expression, which ranges from painting, drawing, sculpture, and engraving to theater and performance.

With his critical and expressionist style, Mehmet Güleryüz has earned himself a special and privileged place in the art scene in Turkey over half a century. His art centers on people and the sociopolitical conditions surrounding them. The artist, who was born in 1938, uses a critical and ironic language to express, through his figurative works, the effects of Turkey’s sociocultural and political transformation on people. Love of family, male-female relationships, nature and living beings, and all the processes that influence oral and visual culture are manifested in his paintings as human acts. Güleryüz produces art through an approach that invites its viewers to take a stance, just like he does, and confront the processes they have experienced.

Güleryüz studied at the State Academy of Fine Arts in the 1960s and made a mark in the Paris art environment in the 1970s with his happenings. From the 1980s on, he played an active part in the transformation of the art scene in Turkey. Güleryüz’s art shows an unusual development, manifesting how an artist can generate his very own individual style. Güleryüz is also an active theater actor who performs on stage. The intimate connection he has established between theater and the visual arts is one of the most interesting examples of his interdisciplinary approach in art.

Güleryüz’s art is part of a social process: it is based on everyday perceptions and familiar and established feelings. Therefore, each work references the history of its own time. For nearly 60 years, Güleryüz’s art has been charting its own course, becoming enriched and developing in the process. In terms of line and drawing, Mehmet Güleryüz has a unique character and style. For him, drawing is not simply an infrastructural element of painting, it is an artistic language in its own right. Drawing is to him a being that is as close to him as holding on to life, breathing, and celebrating one’s existence.

The exhibition brings together the works the artist has produced since the 1960s in fields such as drawing, painting, sculpture, engraving, painted porcelain, and performances. Presented in chronological order, the exhibition is enriched by texts penned by a painter trying to understand his own inner world. The exhibition features close to 150 works, which render visible the passionate and profound bond between the painter and painting, and approximately 300 drawings animated in multimedia presentations, as well as a rich biographical wall display which brings together all of the artist’s periods, life story, various experiences he has been through and texts about him, thus rendering visible a personal story of the art scene in Turkey from the 1960s to the present.