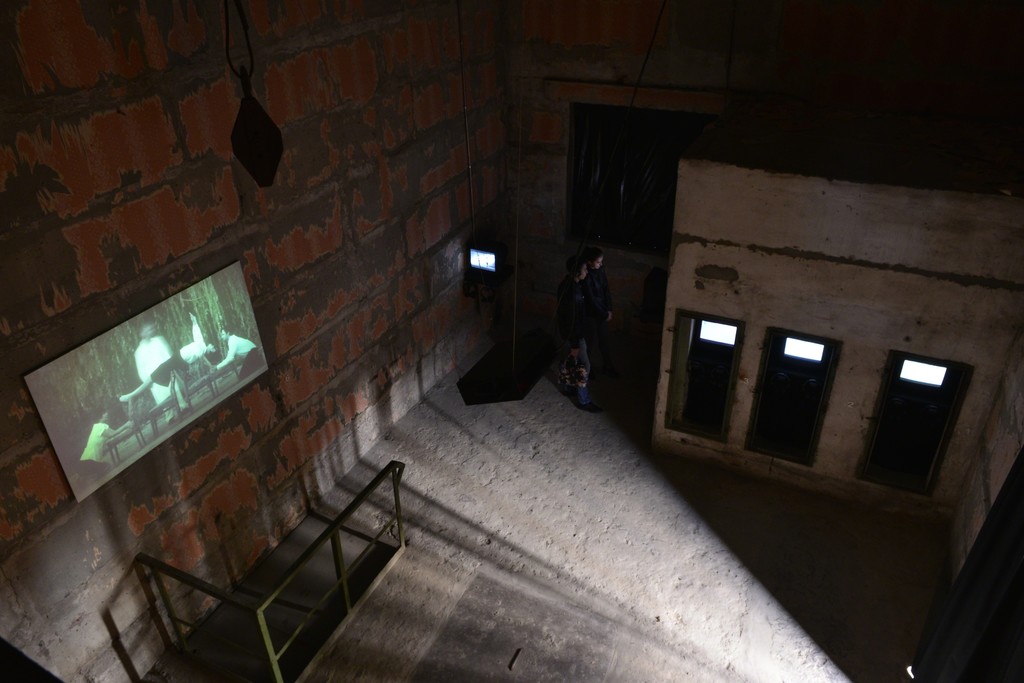 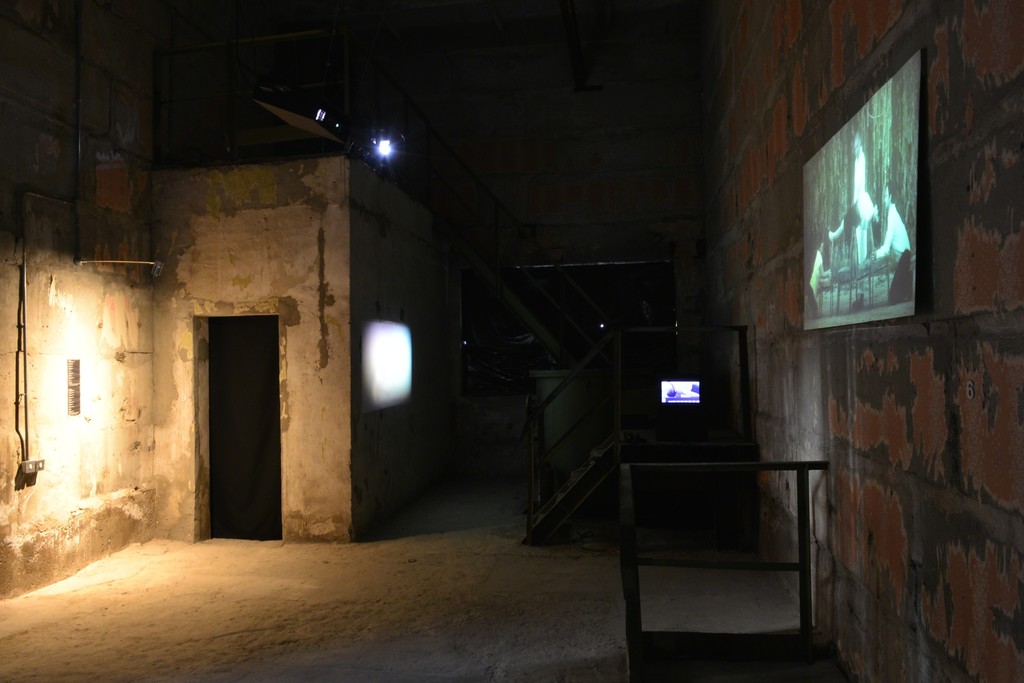 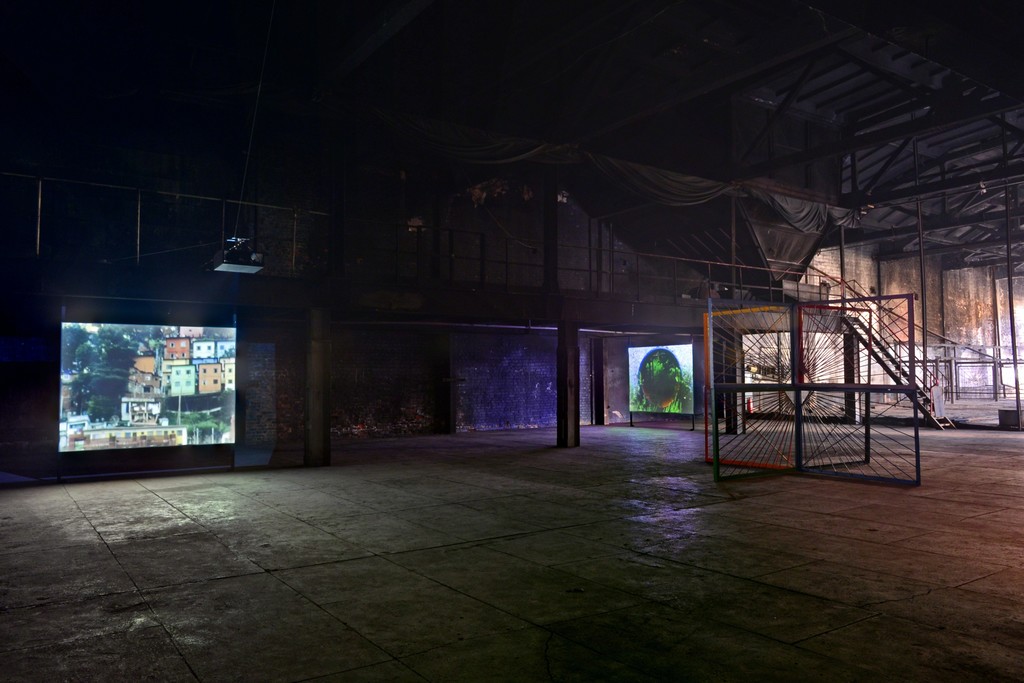 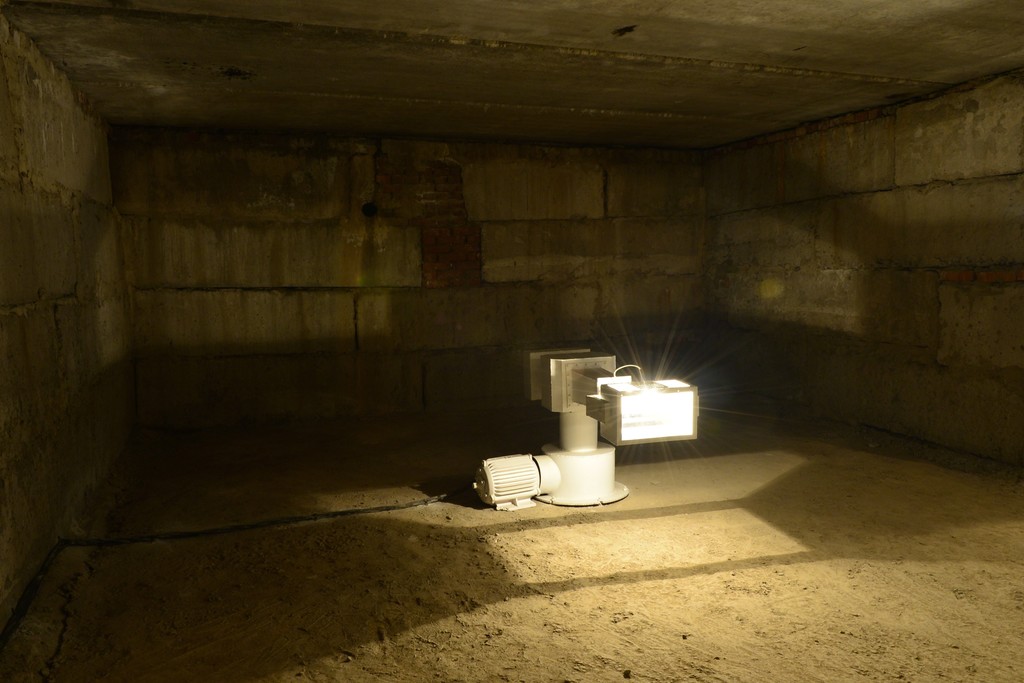 Encouraging a productive distance from the notions of “moving image” that typically circulate in contemporary art, the curators proposed to consider the term as if it designated an assortment of optical instruments that allow one to access spaces of most varied dimensions. Taking the cue from Donetsk’s science-fiction fan club meetings dedicated to “turborealism,” this idiosyncratic concept was put forward as a strategy for rethinking the fixed and the variable in any given situation/experiment. “Turborealism” refers to a rather short-lived and somewhat mysterious literary movement that appeared in the 1990s in opposition to the mainstream science-fiction writing in the Russian language. Its three defining characteristics - exploration of parallel histories, hyper-narration, and the overarching belief in the epi-catastrophic nature of reality - function as the thematic nodes that tie the resident-artists’ projects to Donetsk, IZOLYATSIA, and to each other.

Paul Chaney links the concept of space travel with the prevailing ideas around scarcity of resources and human overpopulation. Chaney develops a speculative scenario, which questions the unique stature of the human species as far as our developmental and self-destructive capacities are concerned. The project puts forward the proposition that the human beings’ propensity towards expansion and overconsumption should rather be seen as a mode of trauma response to resource dependency that humans share with other animals.

Alexey Salmanov’s new photographic series questions the fetishistic, apocalyptic and devastation-ridden depictions that typically accompany the confrontation between the human form and the industrial wastelands, while also testing the limits of photography as an affective language that communicates verbally, sonically and physio-dynamically, and not just visually.

Luísa Nóbrega’s project, What if my Voice Was a Machine, grew out of the artist’s ongoing interest in the capacities and failures of communication and her belief that turborealism emerged as a response to the trauma of isolation. The performances that Nobrega staged during the residency are shown in a former heating-dispensary unit. Nóbrega also undertook an undocumented durational performance throughout her entire stay in Donetsk, in which she communicated exclusively through a text-to-voice device. The artist will continue with another durational performance that will commence on the day of the show’s opening.

In the practice of the artist duo Elise Florenty and Marcel Türkowsky mythical and alternative rationalities are treated as devices for opening up new dimensions of thought and experience. The duo’s interests in para-physical experiments, transformations of consciousness and in narration through subjectivities freed from traditional identity formations are at the forefront of the newly produced film The Sun Experiment and the other site-specific works. Florenty and Türkowsky mobilise ideas of trans-temporality, trans-spatiality and trans-consciousness to propose a reading of change as an awakening from the dreams of the past generation.

Daniel Malone’s Nineteen Ninety Now (1990СЕЙЧАС!) is inspired by turborealism’s incisive deconstruction of historical causality as a precondition for the opening up of radical imagination. On the night of the opening, Malone together with Donetsk-based DJs, VJ-artists and musicians - That Black, September27, KFR Records, Golos Ottuda Promo, Musika-Smert and Versus Promo - will stage an industrial rave in the symbolically-titled “1990” train depot building on the territory of the former factory. Malone’s seemingly trivial question, “what if in the 1990s Donetsk had become a major scene for post-industrial rave music in a similar manner to places like Detroit?,” points to the potentiality that remains nascent in the historical rupture of Donetsk’s history of the 1990s. After the Event, the space will function as a tribute and a testament to that which has already taken place but nonetheless remains ripe for activation.