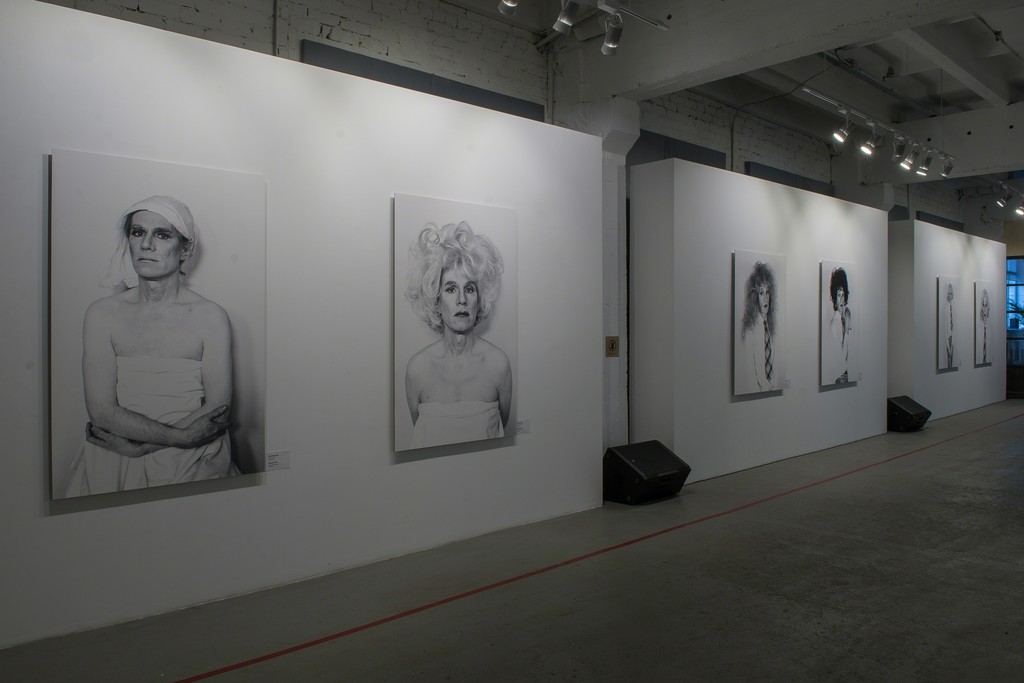 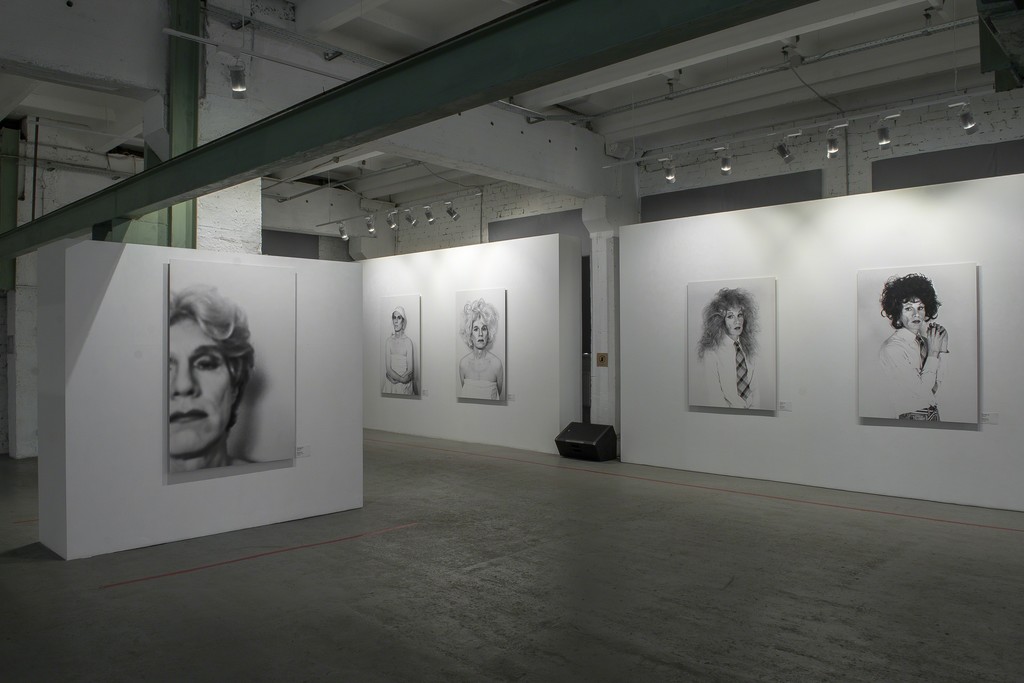 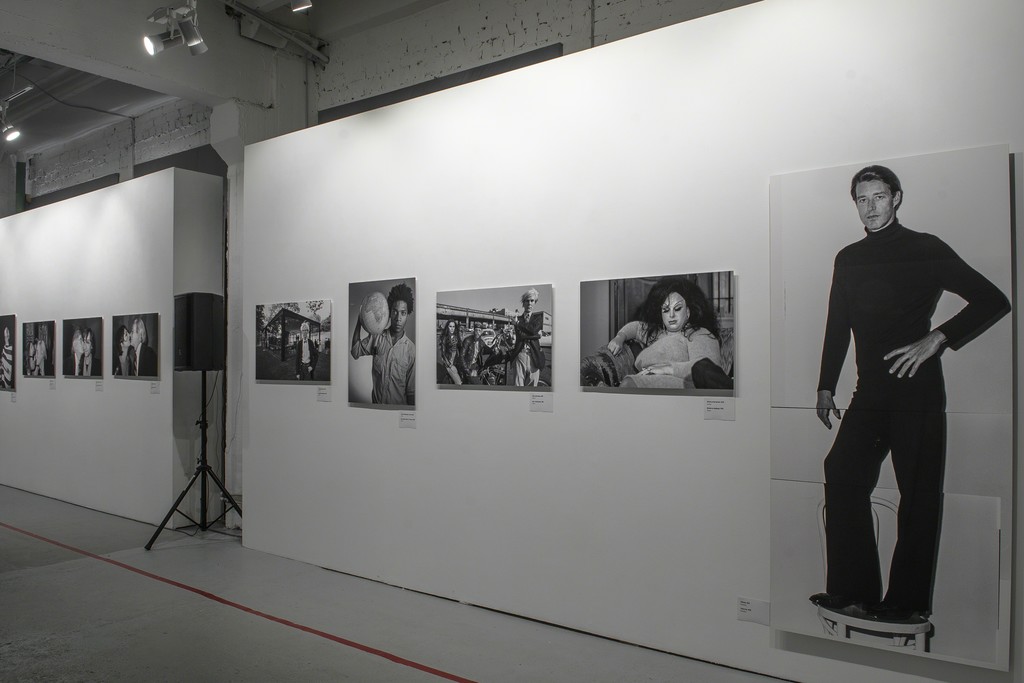 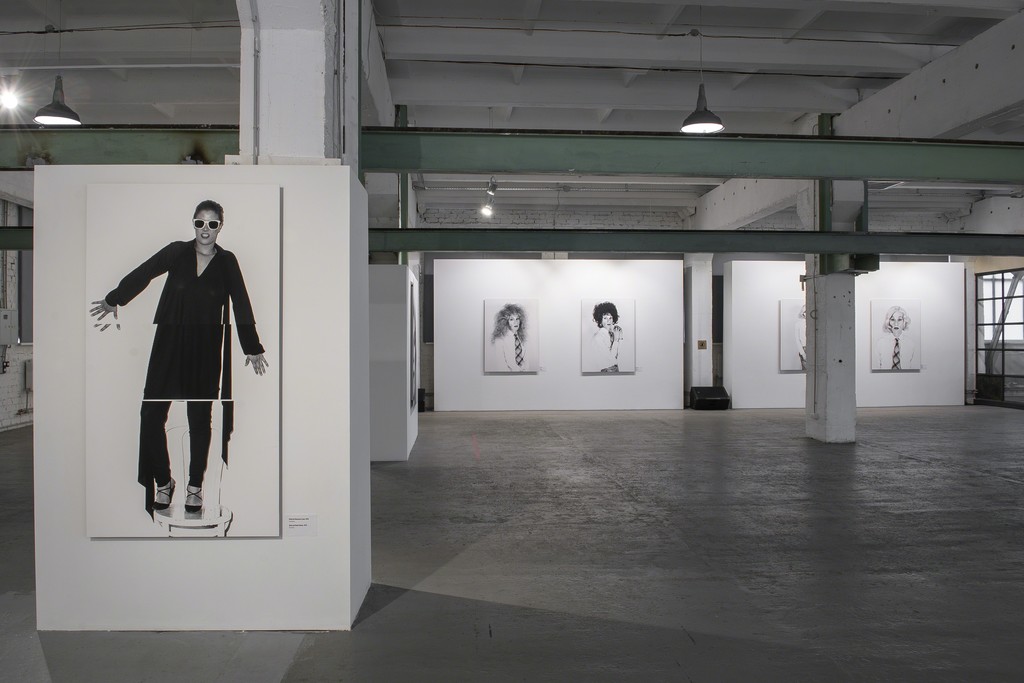 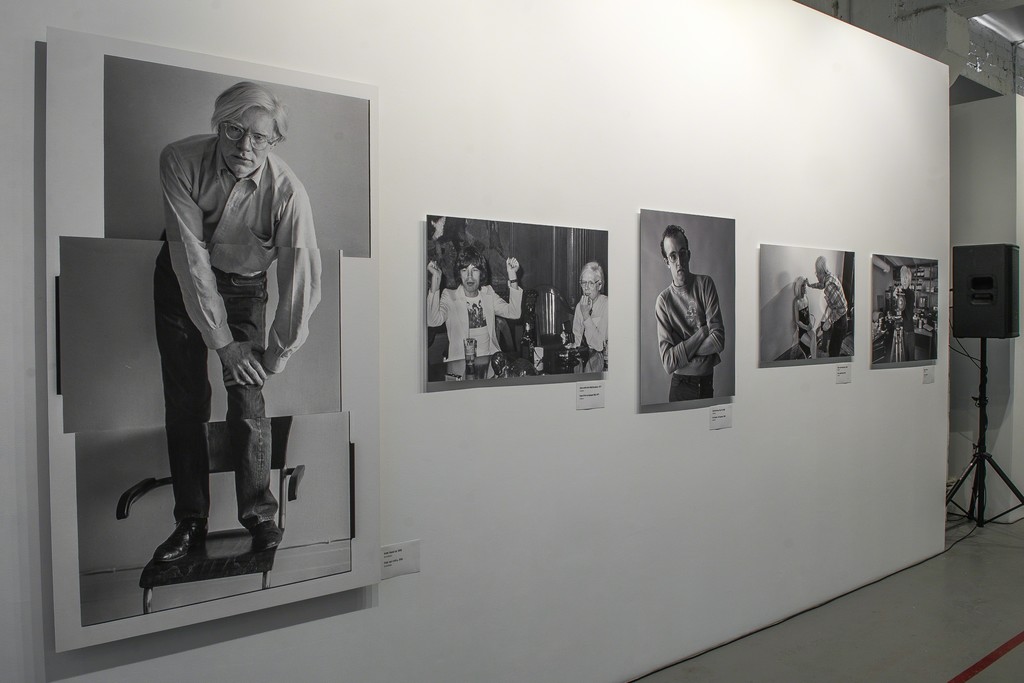 The exhibition will consist of two parts. 20 original photographs will provide an intimate though accurate panorama of the glorious artistic scene of the 1970s and 1980s in New York. These will be juxtaposed with the Altered Images series, calibrating the epoch when pop art and punk were born. In the former, celebrities like Salvador Dalí, John Lennon, Mick Jagger, Liza Minnelli, Keith Haring, Jean-Michel Basquiat, and drag queen Divine are captured while chilling together or posing occasionally for Christopher Makos. Whereas in the Altered Images series Andy Warhol himself poses for camera in drag thereby broaching
issues of cross-dressing, role-playing, arti ce and eventually construction of identity. These unmistakably refer to Man Ray’s famous photographs of Duchamp disguised as his female alter ego, Rrose Sélavy. Notably Warhol didn’t try hard enough to conceal his masculinity behind make-up and wig, on the contrary, he fearlessly exposed his vulnerability, uncertainty and gender duality of human nature. Such outspokenness could be read as a manifestation of being di erent, being who you really are, despite generally accepted conventions. In both series, proximity and friendly a ection between the subjects and the photographer create nuanced, delicate and sincere snapshots of New York artistic scene and its main protagonists.
The present travelling exhibit has toured extensively in Europe and America and has been featured in innumerable publications worldwide, playing an important role in creation of the New York underground culture myth. American born Christopher Makos collaborated with many magazines, like Interview, Rolling Stone, House & Garden, Connoisseur, New York Magazine, Esquire, Genre and People. His works have been exhibited at the Tate Modern in London, The Whitney Museum of American Art in New York and The Metropolitan Museum of Art in New York. His work is in the permanent collections of the Museo Reina So a in Madrid, and The National Portrait Gallery, Washington, D.C.