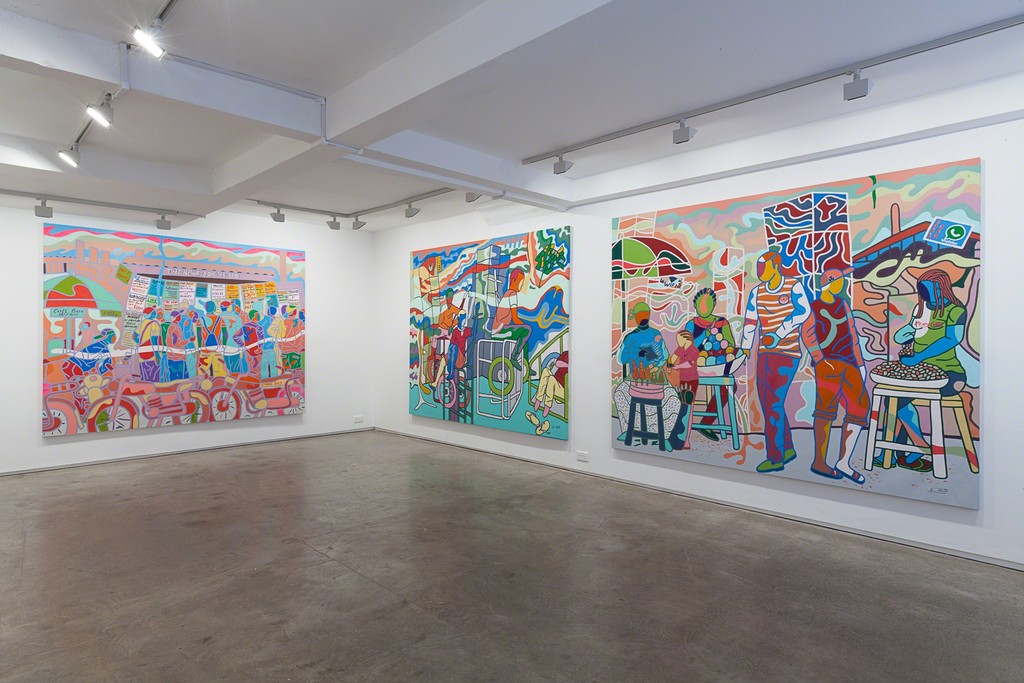 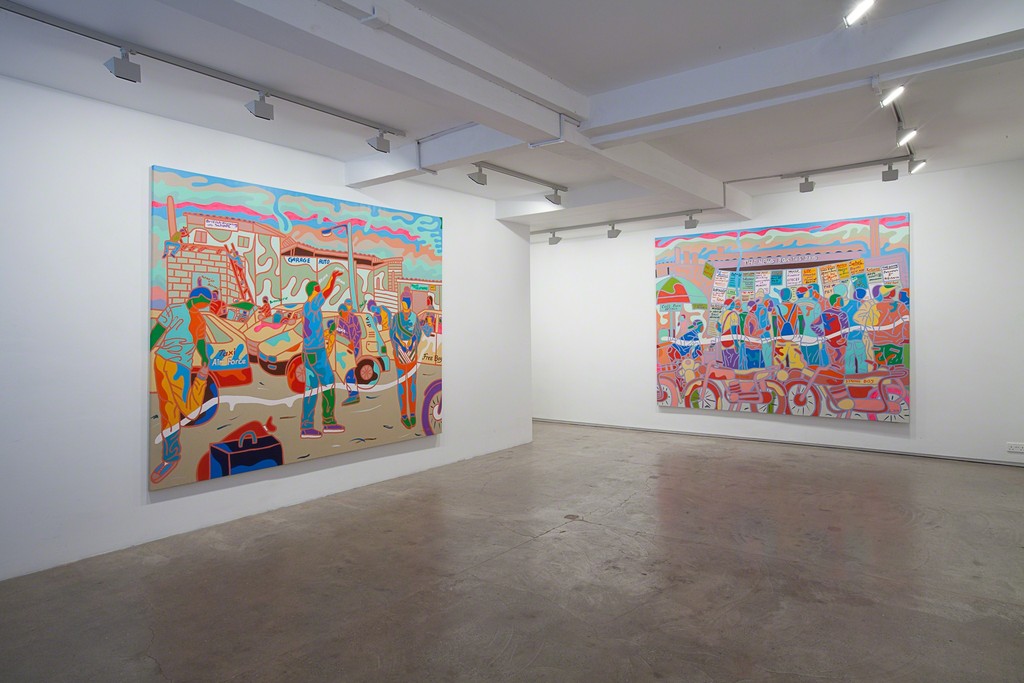 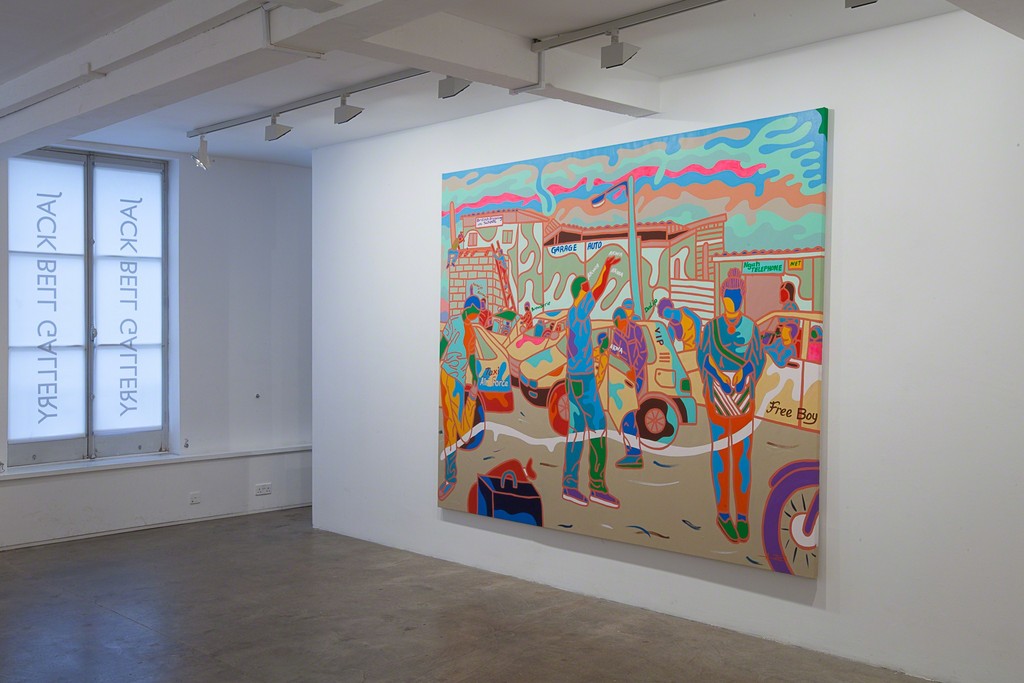 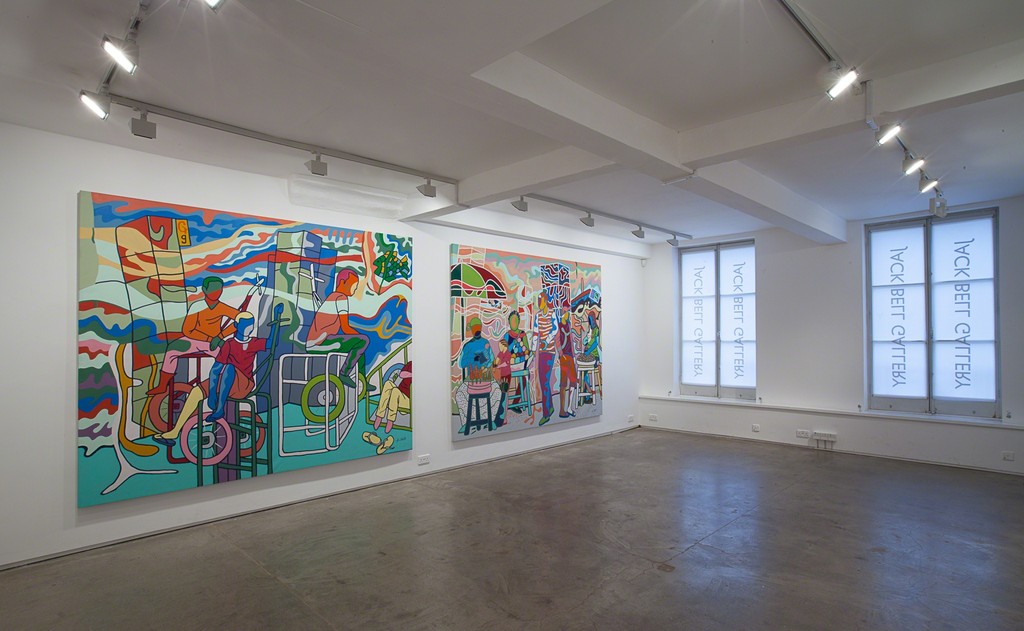 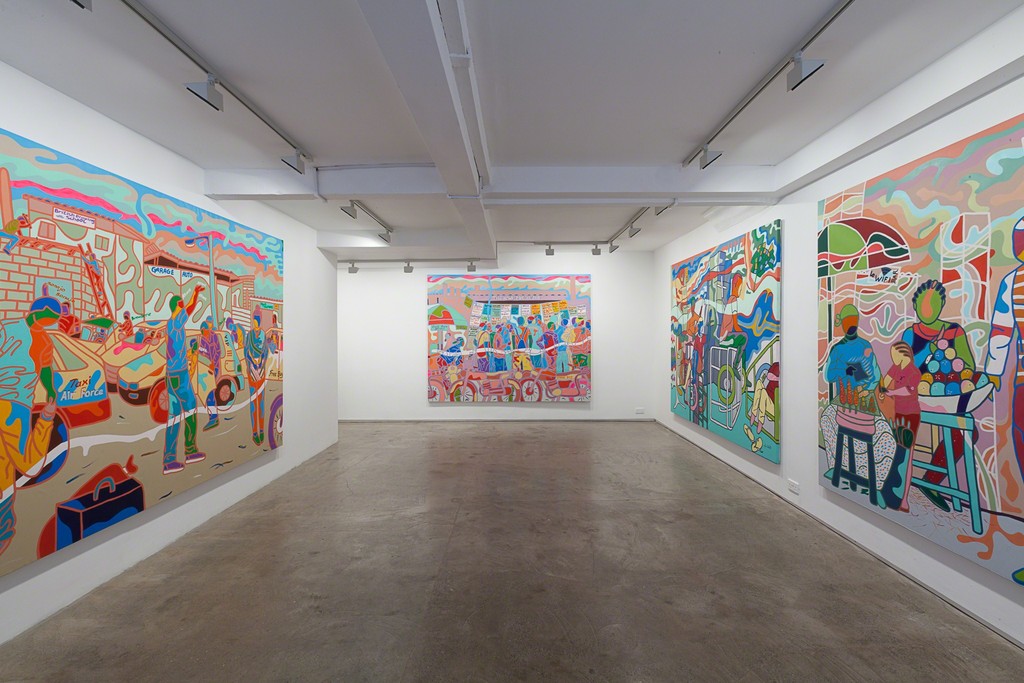 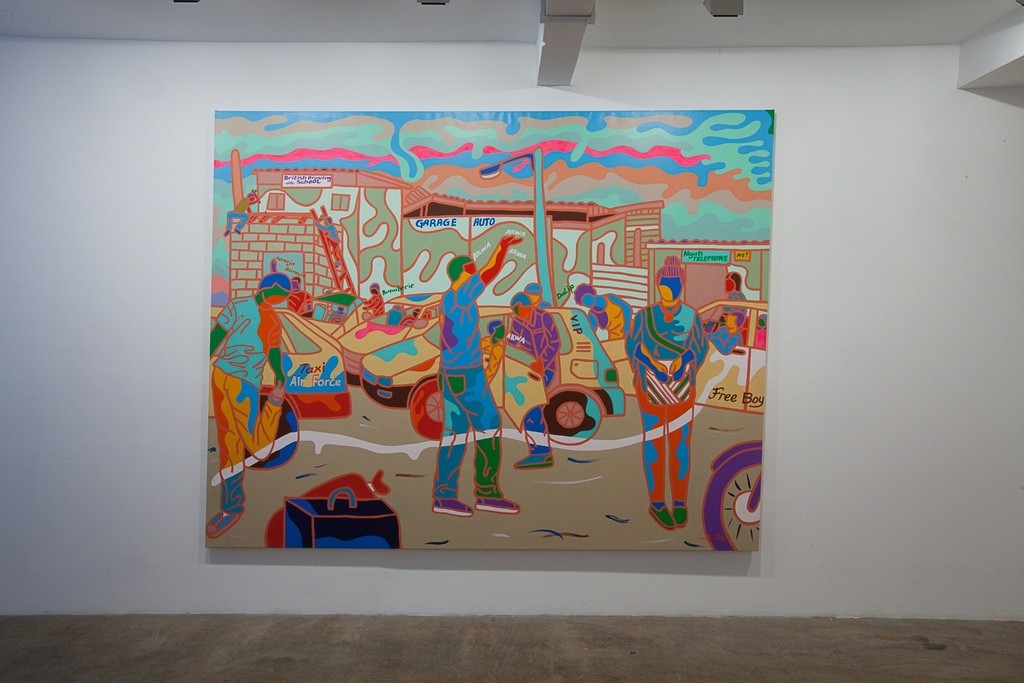 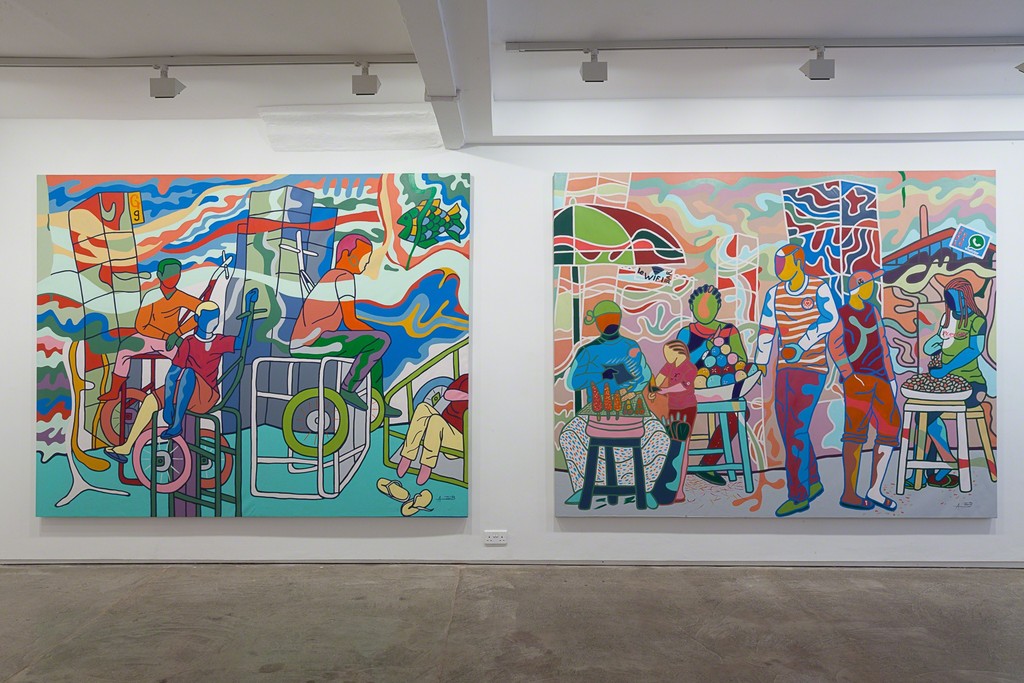 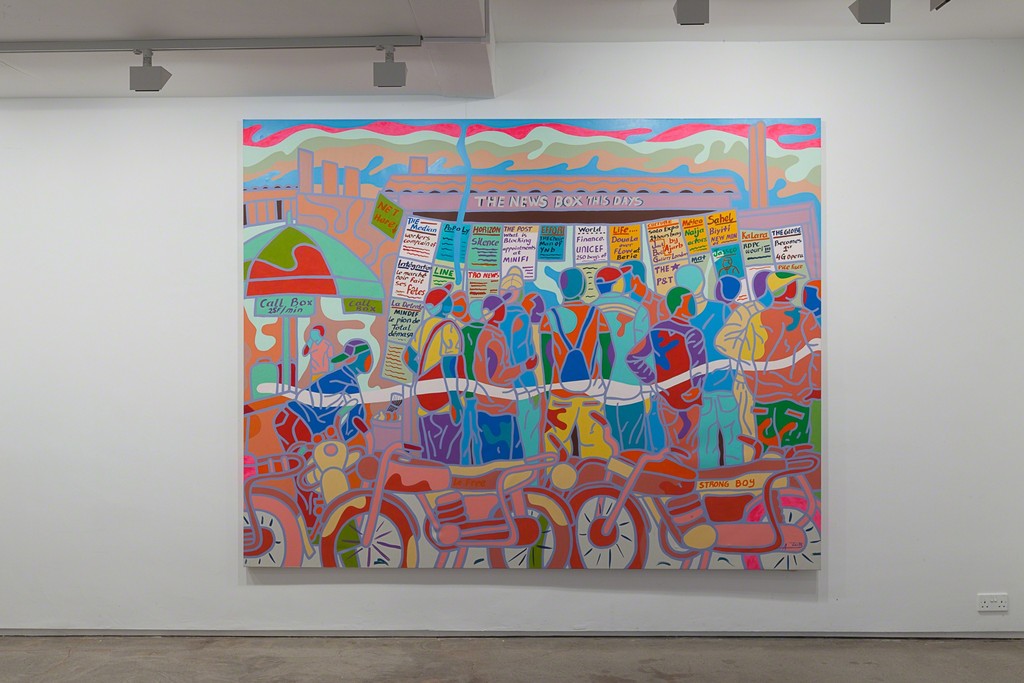 Cameroon’s largest city, Douala, has had many foreign influences in the past and more recently an influx of migrants from within the country as well as from neighbouring regions. This has shaped Douala into the vibrant and colourful metropolis that is the source of Ategwa's art. His paintings work as sequences in a larger narrative describing the urban chaos of his hometown. Moving between the taxi stands, newsagents, roadside markets and fleeting moments of respite, the artist offers snapshots of everyday life.

Ategwa’s works are large format and mimic the scale of cityscapes and public space. His vivid colour palette and graphic style speak the language of advertising familiar to Douala’s inhabitants. With great skill the artist weaves together sights, sounds and smells of the street to create a rich sensory immersion. From the disorder we are given a distilled sense of flow, rhythm and harmony.

Ategwa was born in 1988 in Kumba, Cameroon. He lives and works in Douala, Cameroon.