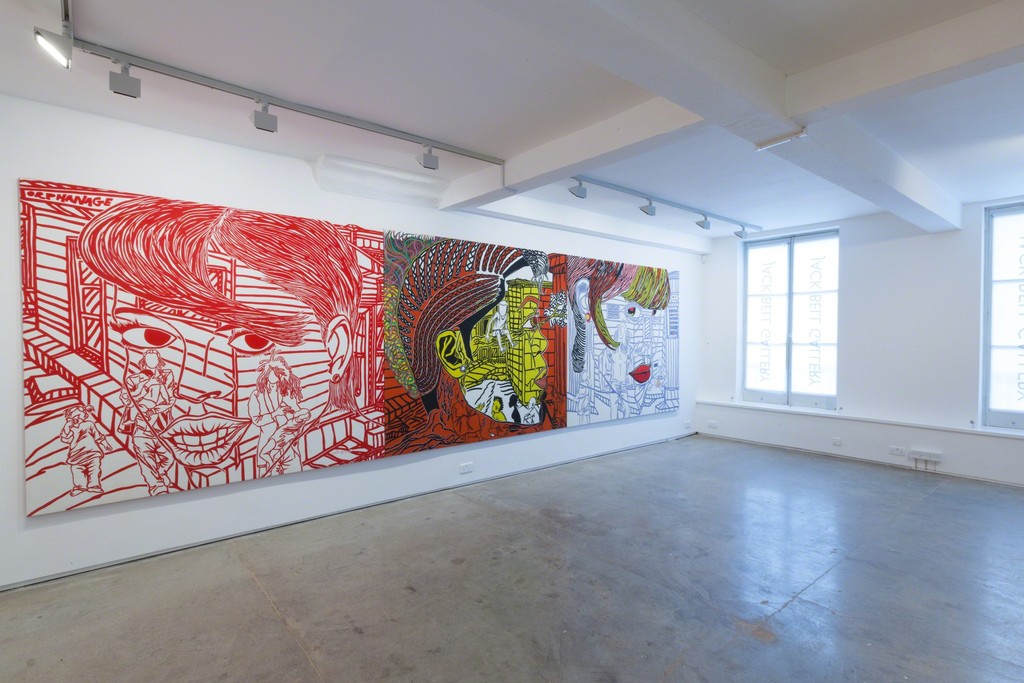 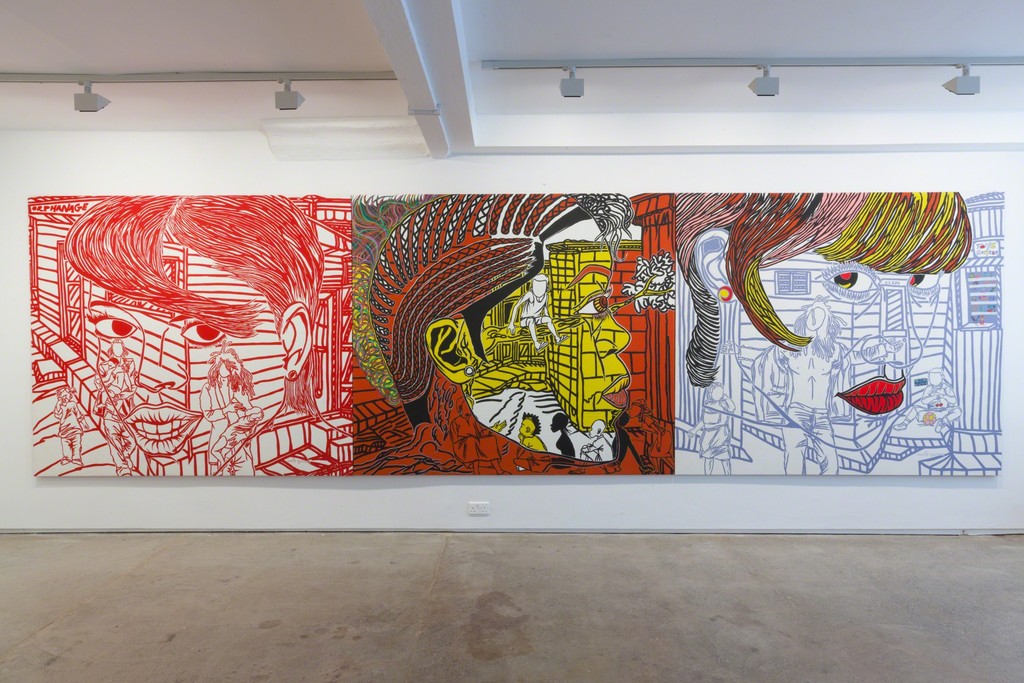 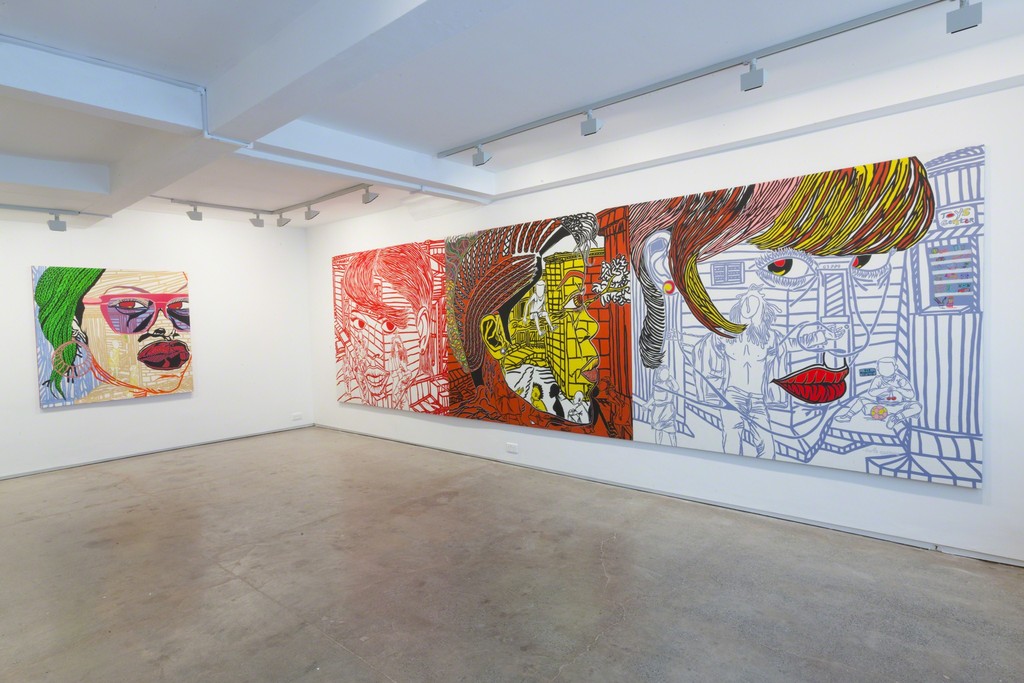 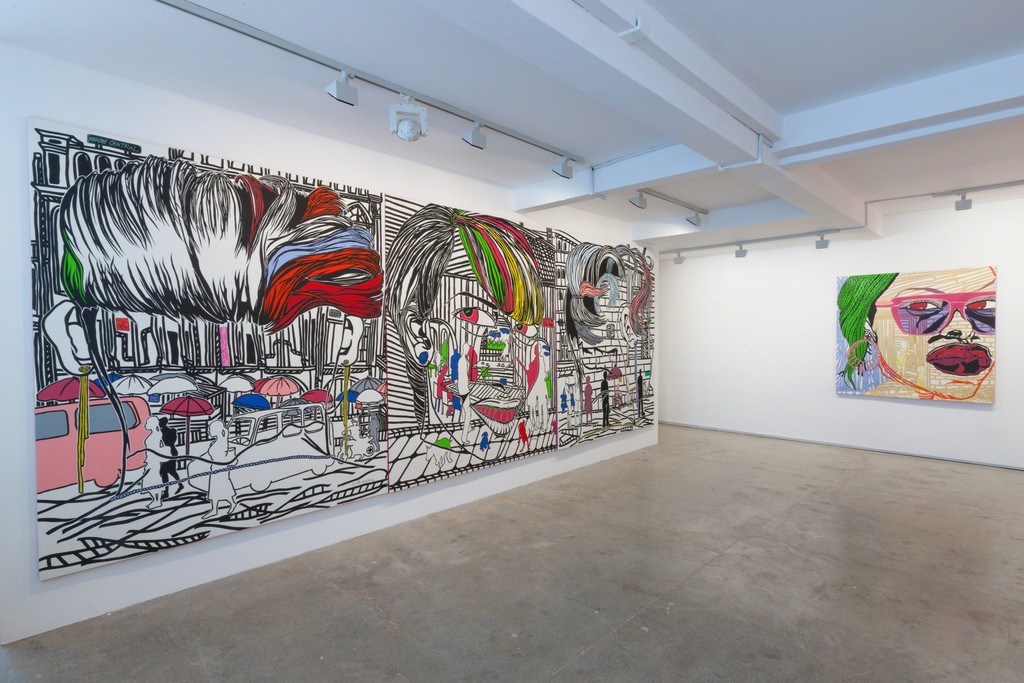 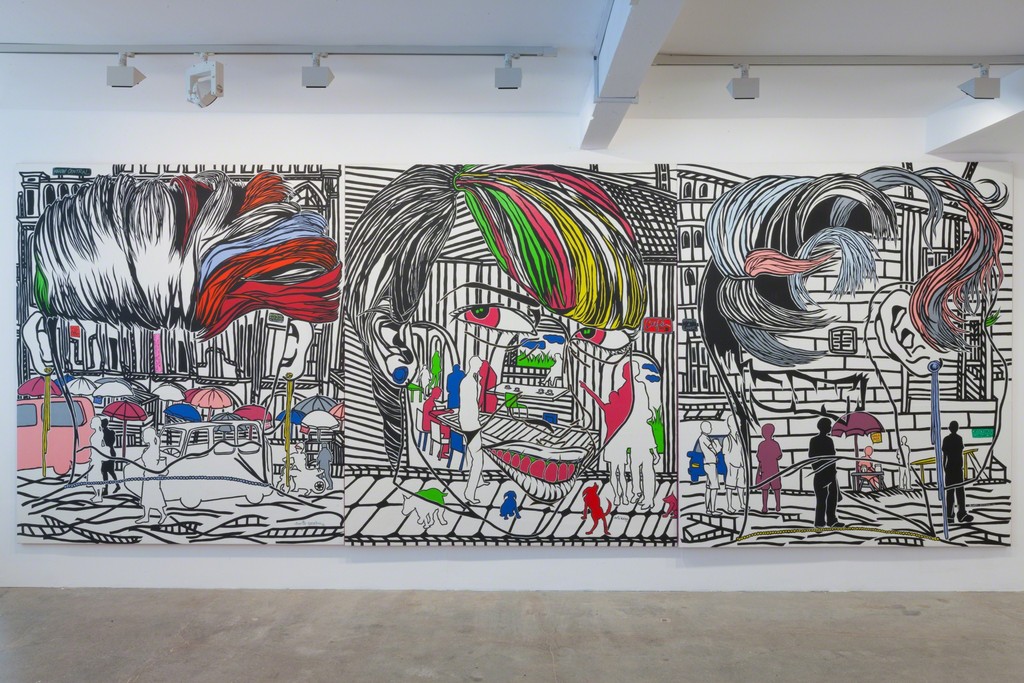 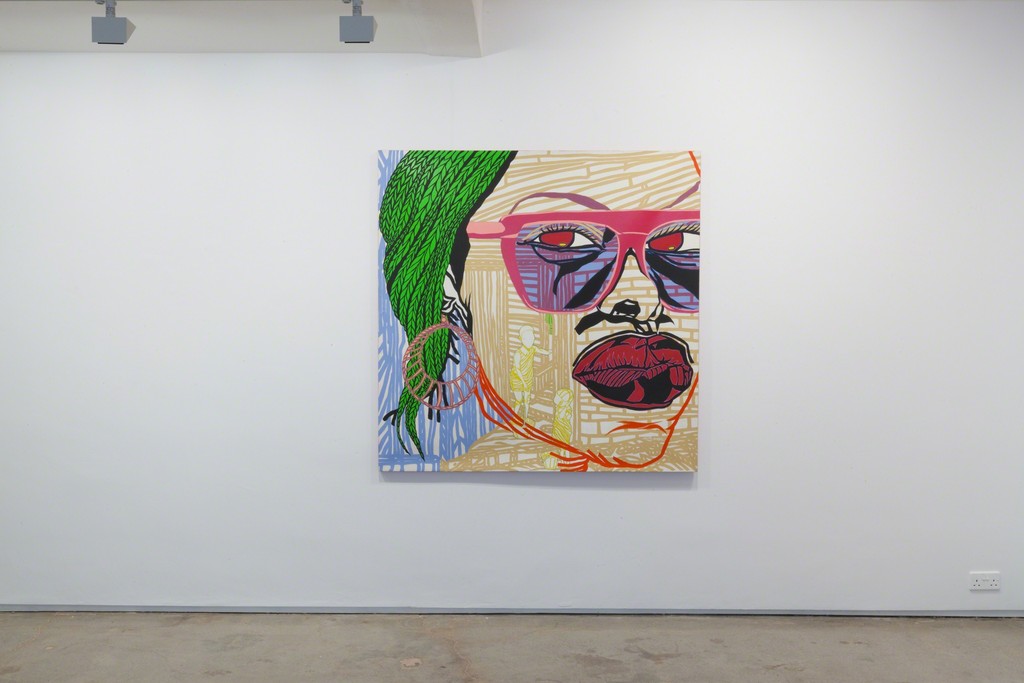 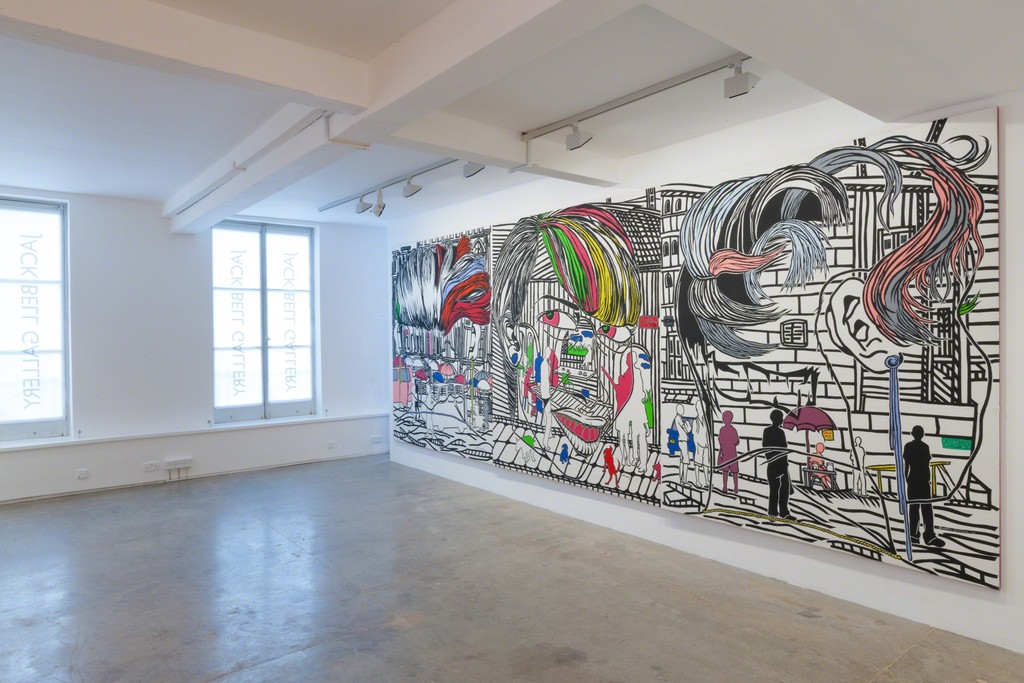 Nzebo makes paintings that draw on the surroundings of his home town Douala, Cameroon's largest city. He uses a strong colour palette that evokes the murals and graffiti of street culture found throughout Douala's suburbs. While at times kitsch, his works are instantly recognizable - simultaneously personal and universal - and speak a language familiar to Douala's inhabitants.