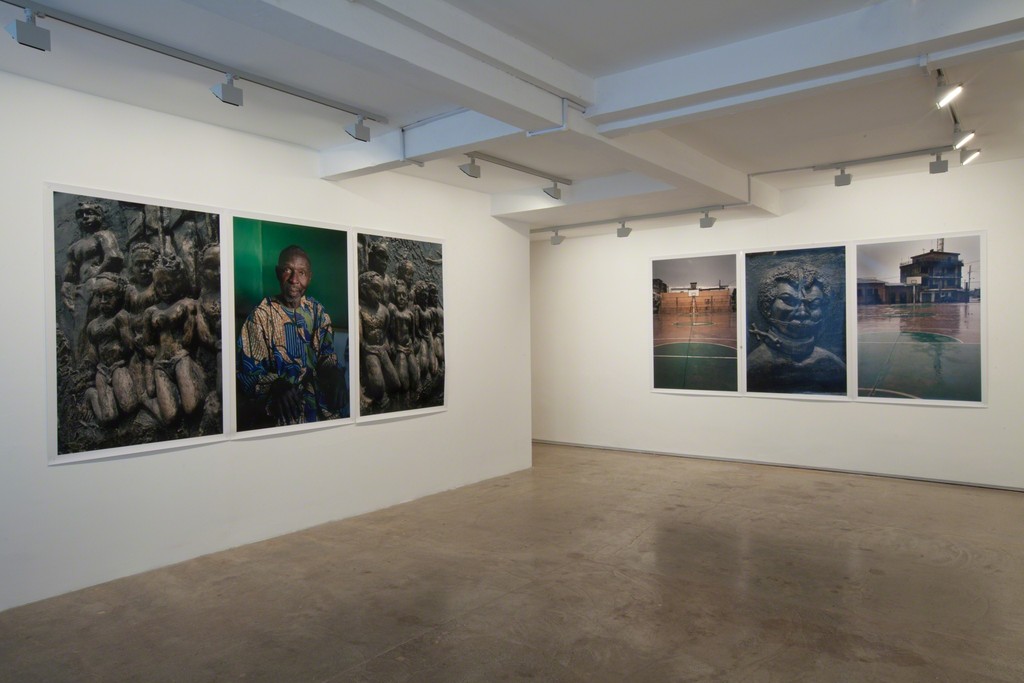 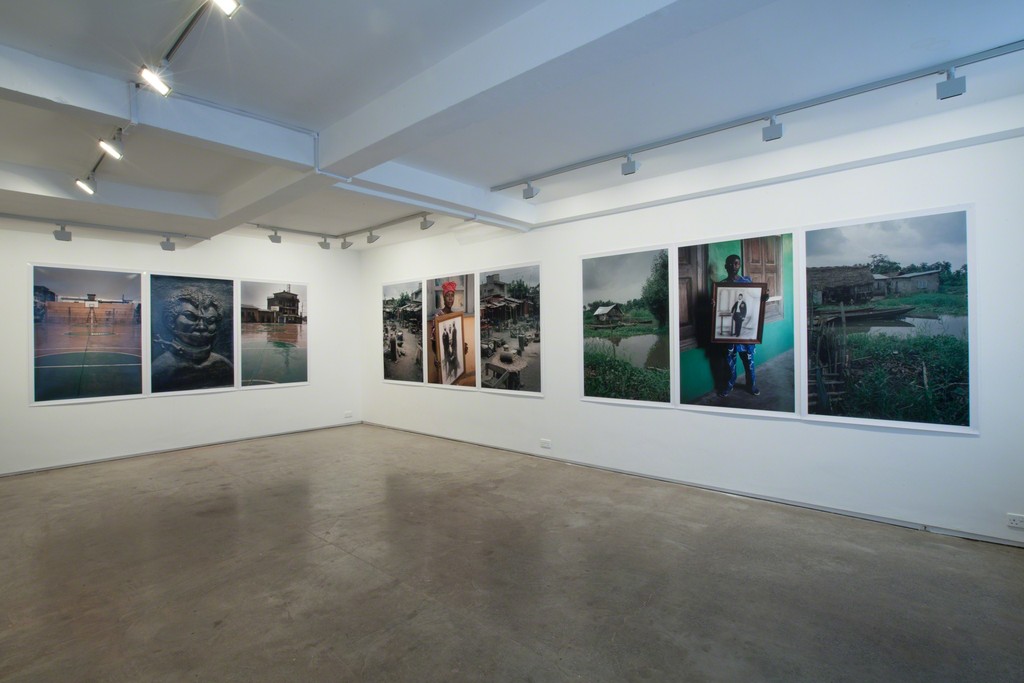 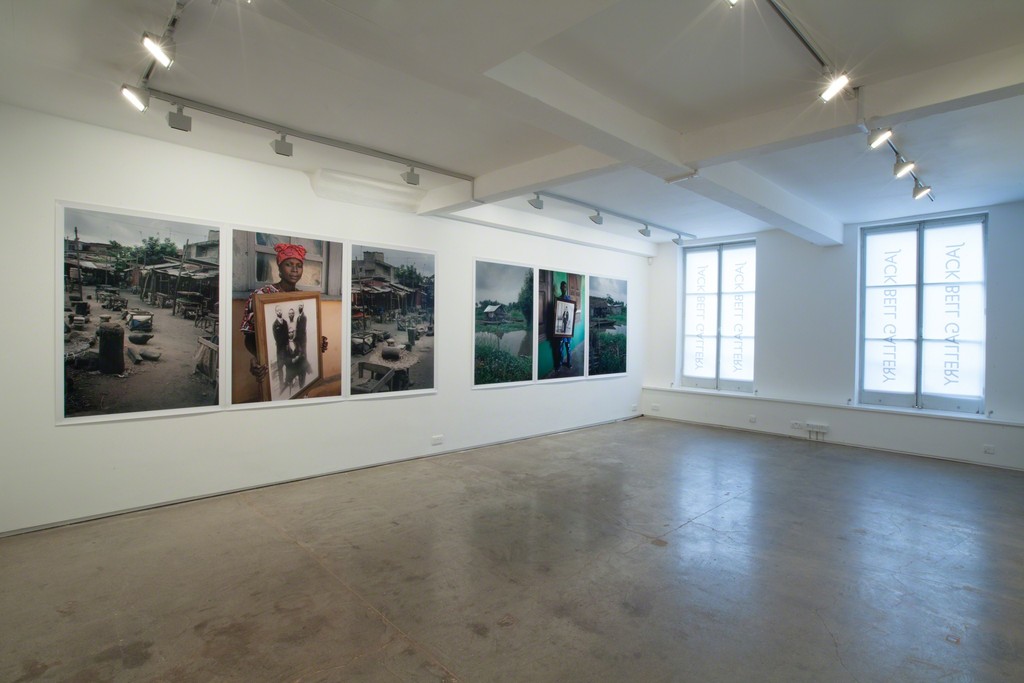 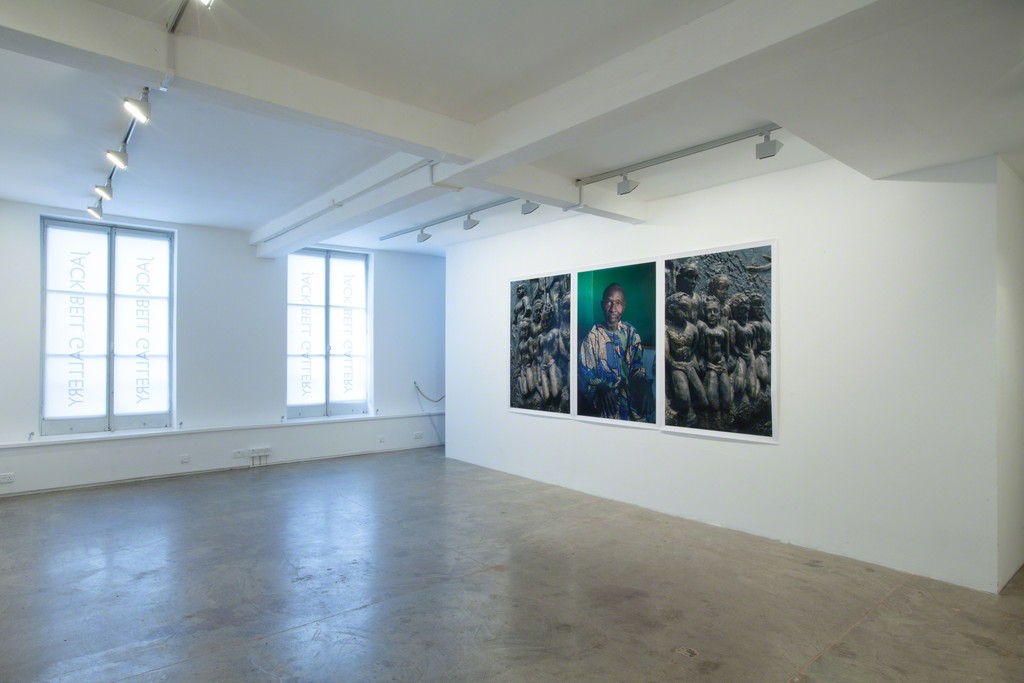 His ongoing portraiture project, ‘Citizens of Porto-Novo,’ captures the people of Benin’s capital. Using a medium format camera and shooting on location with natural light, Agbodjelou interprets the experience of a generation caught between tradition and progress. Entitled ‘Code Noir’, this new series delves deeper into Benin’s turbulent slave trade history. Code Noir was a French colonial decree and guide to managing slaves. The decree suggested punishments for crimes such as attempted escape, advocated extreme discipline over slaves and legitimized corporal punishment.

Agbodjelou’s hometown of Porto-Novo was originally developed as a Portuguese port for exporting slaves, a very important part of Benin's history during which over 12 million slaves left the country's shores. Today it feels like a city of the past, the colonial buildings loaded with faded grandeur and dilapidated interiors. Many of the slaves who returned to Africa, particularly from Brazil, settled in Porto-Novo following their emancipation. The returned slaves were regarded as smart, tough and resourceful as they had survived such hardship. Many went on to become successful business people, and are still talked of today. Agbodjelou takes this local community of descendants of slaves as a focus for his portraits, telling a visual narrative of Africa and its colonization.

The subjects in these images are shot inside their family homes. The framing is intimate as they present us with old black and white photographs of their ancestors, both historical and deeply personal. Agbodjelou’s carefully selected locations around Porto-Novo form snapshots from a forgotten past; a basketball court lies dormant over the site of a former child slave market, an overgrown marshland and fishing village once a bustling slave export dock, the ruins of an old slave merchant’s home, empty passageways that marked the road of no return and the brutal memorial reliefs in the town centre. Leonce's new work is an insider’s glimpse of Porto-Novo, a sensitive and insightful treatment of its citizens and complex history.

Leonce is the founder and director of the first photographic school in Benin and has recently been appointed president of the Photographer's Association of Porto-Novo. His work has been exhibited in 'Pangaea: New Art From Africa and Latin America', Saatchi Gallery, London, and acquired by the Carnegie Museum of Art, Pittsburgh, and Pitt Rivers Museum, Oxford, among others. Works are to be included in upcoming exhibitions at the Grand Palais, Paris, Seattle Art Museum, Fowler Museum Los Angeles, Brooklyn Museum New York, Vitra Museum Basel and the Guggenheim Museum Bilbao.