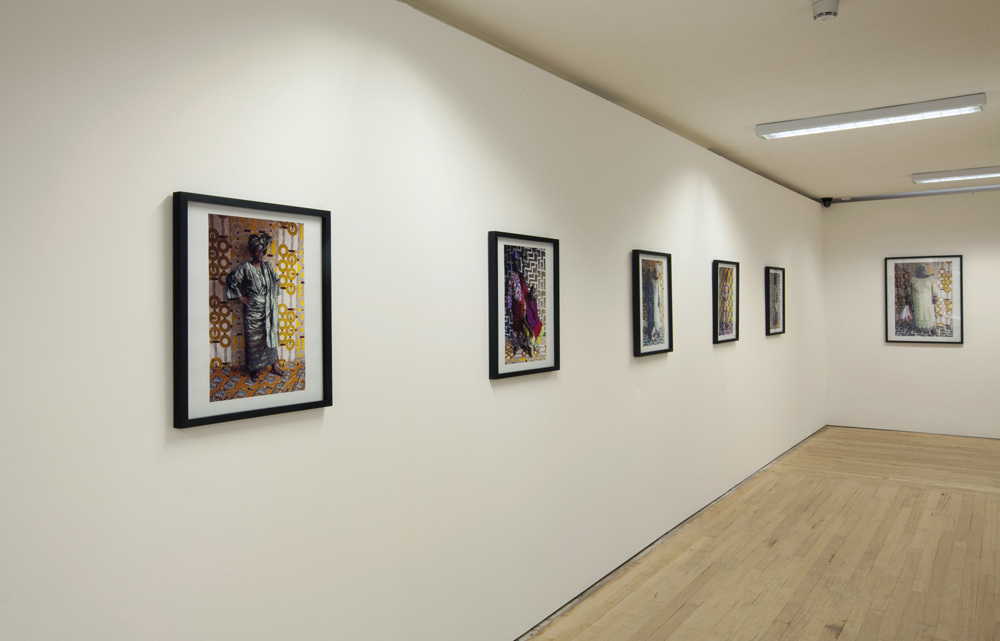 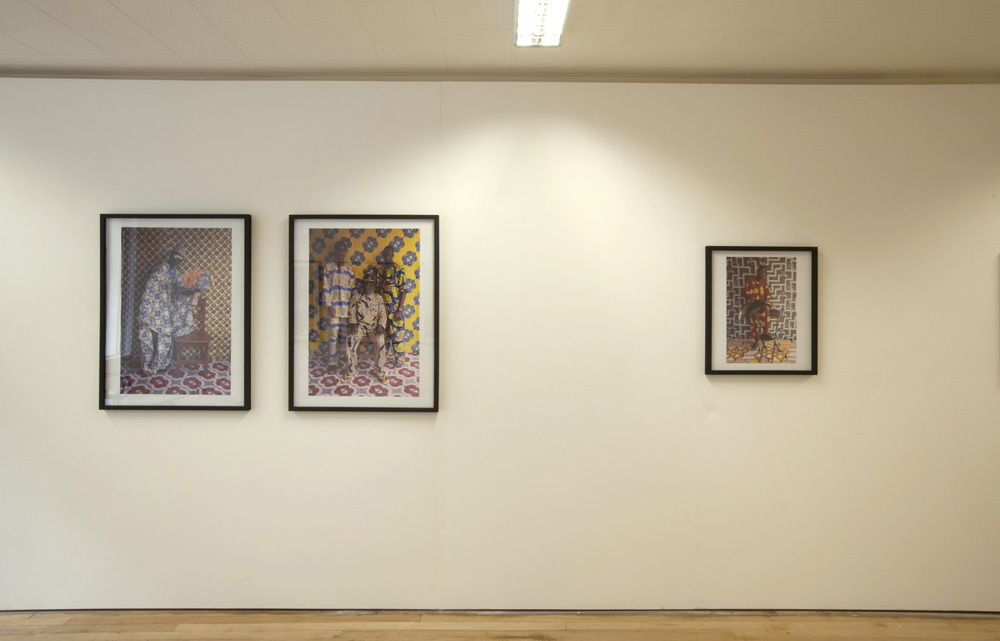 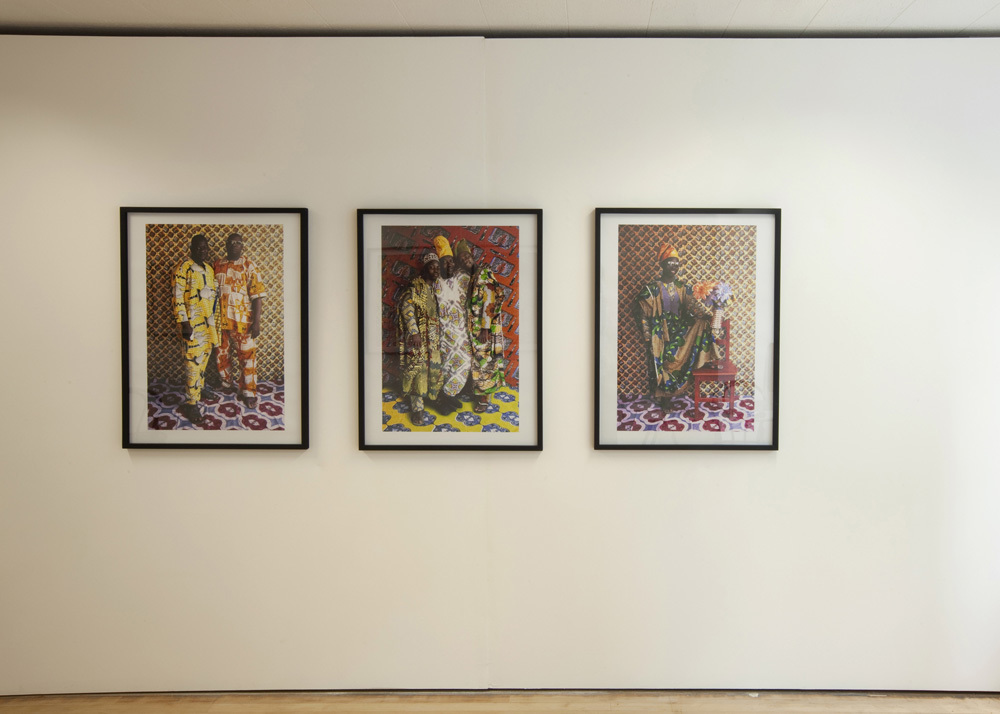 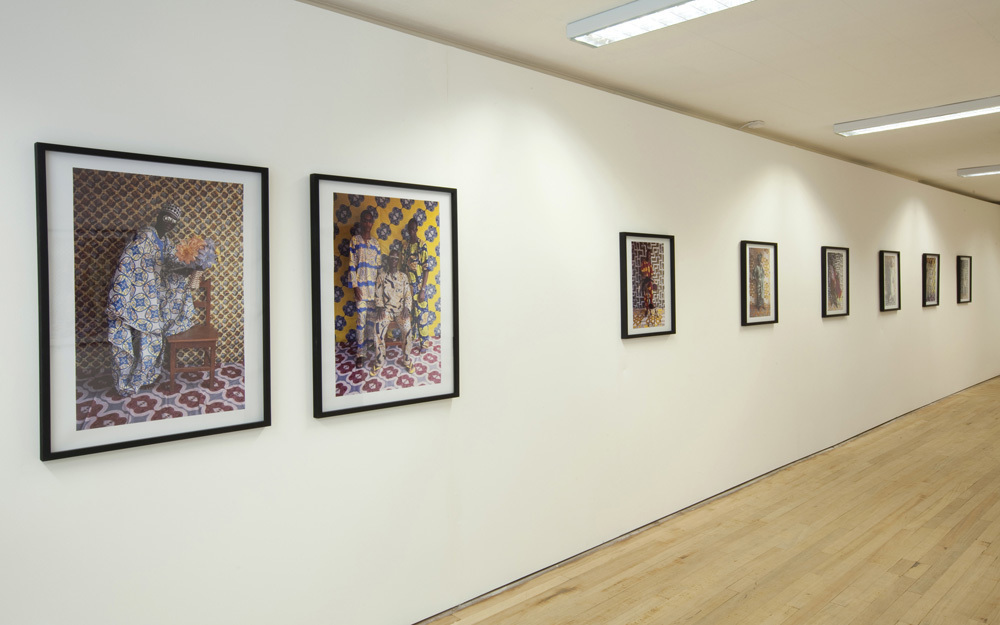 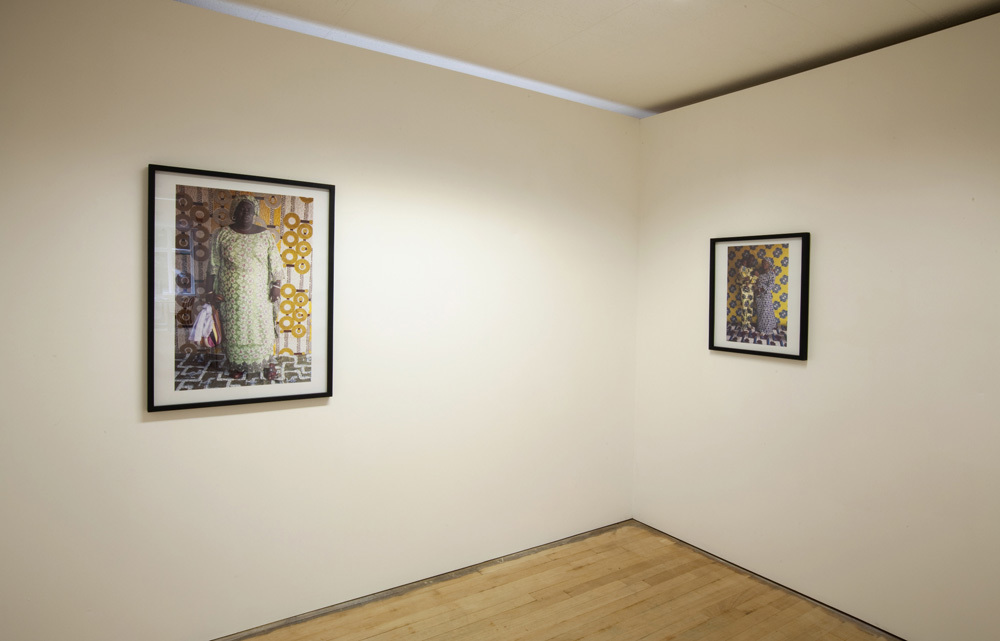 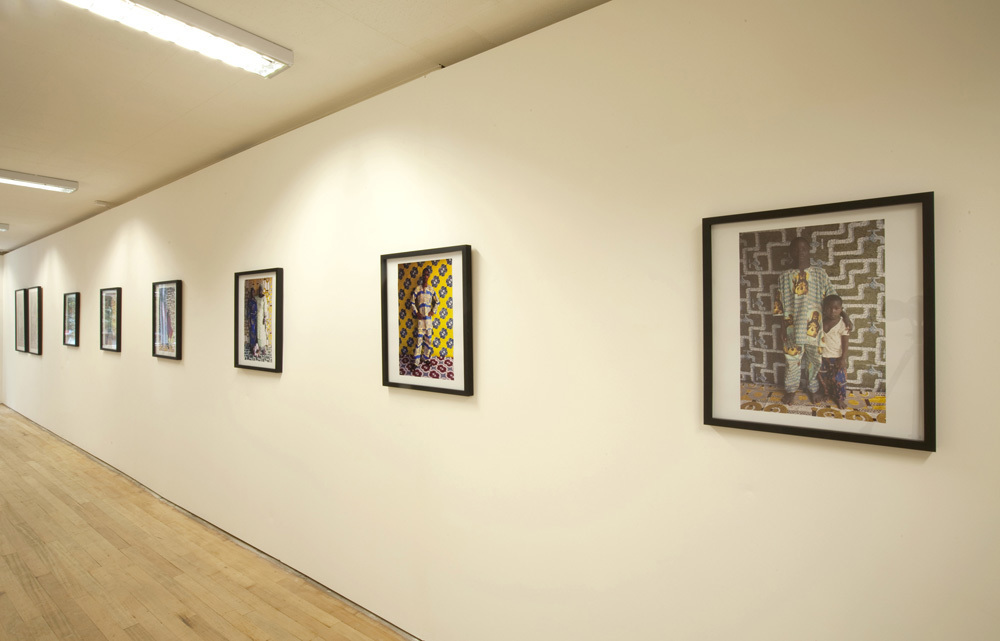 Leonce's subjects are the people of Porto-Novo, Benin (formerly Republic of Dahomey). His daylight studio photographs are drawn from street life, his friends, family and studio customers. Benin is all about colour - Porto Novo is like a visual assault. In these impressive portraits, wild combinations of locally designed Dutch imported textiles create extreme gradations between background, foreground, person and clothing. The images are straight out of urban market scenes and the hurly burly of bars, street stalls and traffic jams. In the capital, funeral processions sport specially designed fabrics to honour the dead. A family of four perched on a motorbike in fluorescent matching suits is commonplace. Leonce is part of a generation experiencing rapid change and his photographs capture the energy and unfettered zest for life of a people caught between tradition and progress. The photographer's studio is, like the hairdressing salons of Porto-Novo, a meeting place for a diverse demographic and a site of exchange.

Critically acclaimed in his home country of Benin, Leonce has yet to be shown outside of Porto-Novo where he lives and works. One of Benin's most thriving port cities, Porto-Novo is situated on a 150 kilometre stretch of coast extending eastwards along the Bight of Benin, from Togo to the Nigerian city of Lagos. Today it is undergoing a period of intense, and unplanned, economic growth - a densely populated strip of land, it has been hailed by the Dutch architect and city planner Rem Koolhaas as a visionary new metropolis.

Many of the once flourishing photo studios are about to become a thing of the past. The generation of photographers born in the 1930s and 1940s are either retiring or handing their businesses down to the next generation. Increasingly, digital labs are replacing traditional medium format photography. For photographers like Leonce, film, paper and chemical materials are hard to come by.

Leonce was born in 1965 in Porto-Novo. He is one of four brothers from a family of photographers. His father, Joseph Moise Agbodjélou (born in 1912), is arguably Benin's best known photographer. Joseph gained his knowledge of photography whilst serving in the French army during World War II. Much later after his return to Benin, he opened his own studio in Porto-Novo in 1960. Today Leonce continues to practice on that same site as the appointed successor to the family business. This year he has opened a photography school in an adjoining building – the first in Benin. Leonce's oldest son, now fifteen, will be among the first group of students.