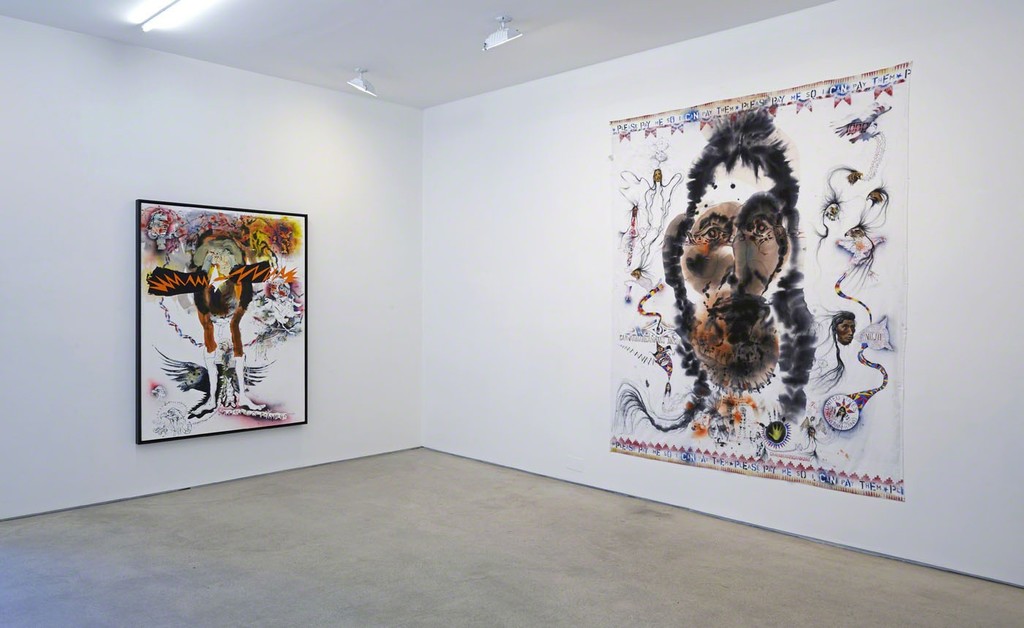 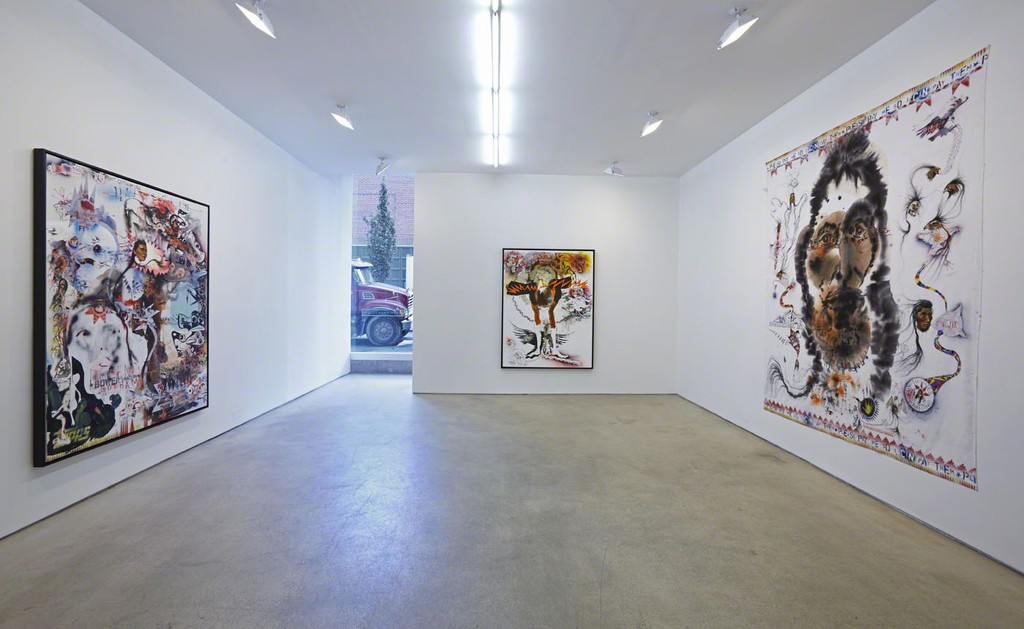 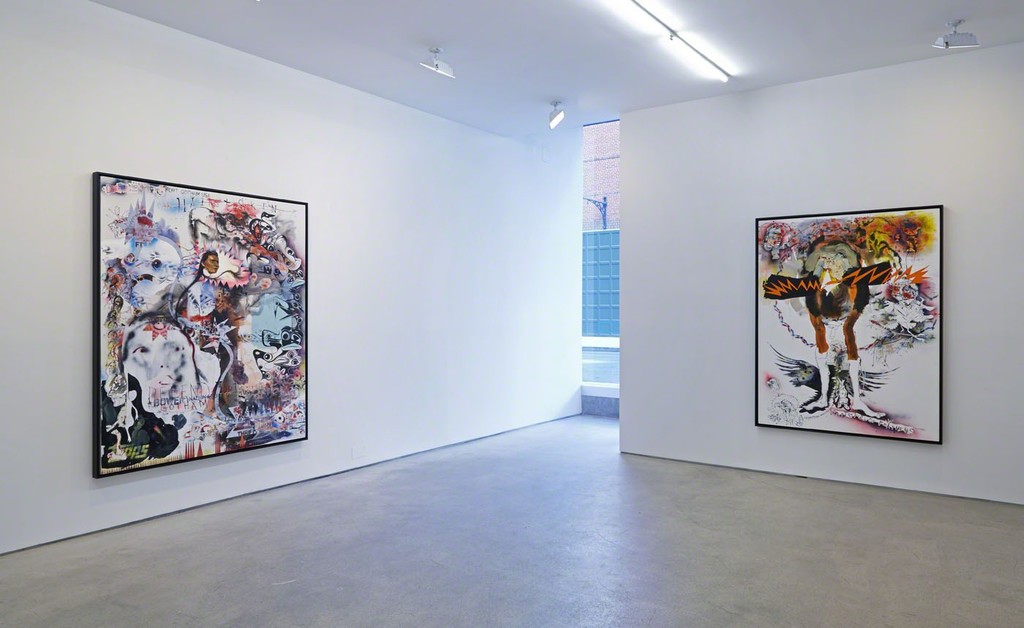 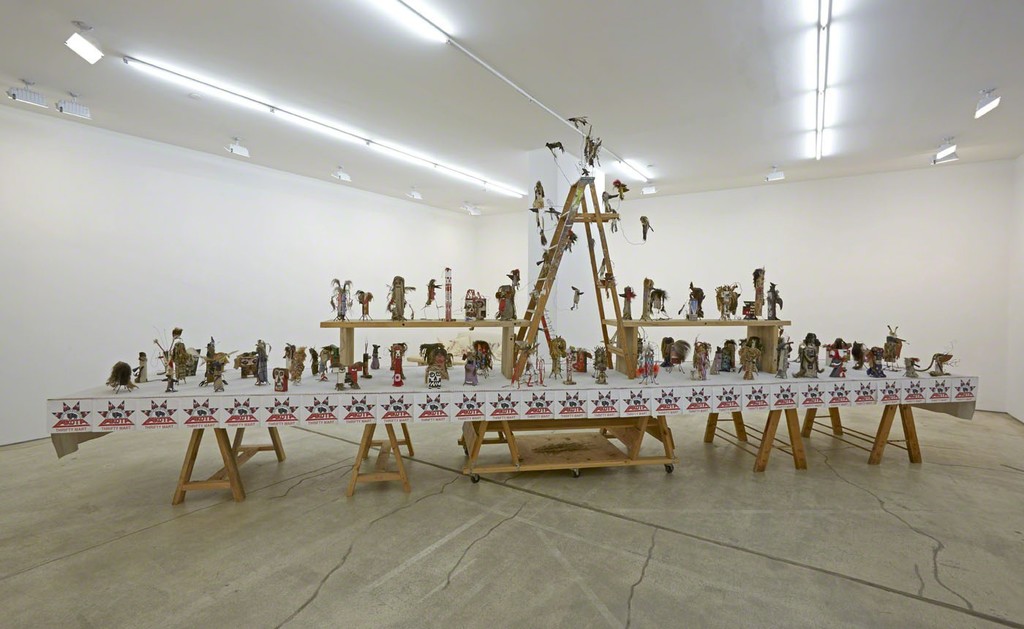 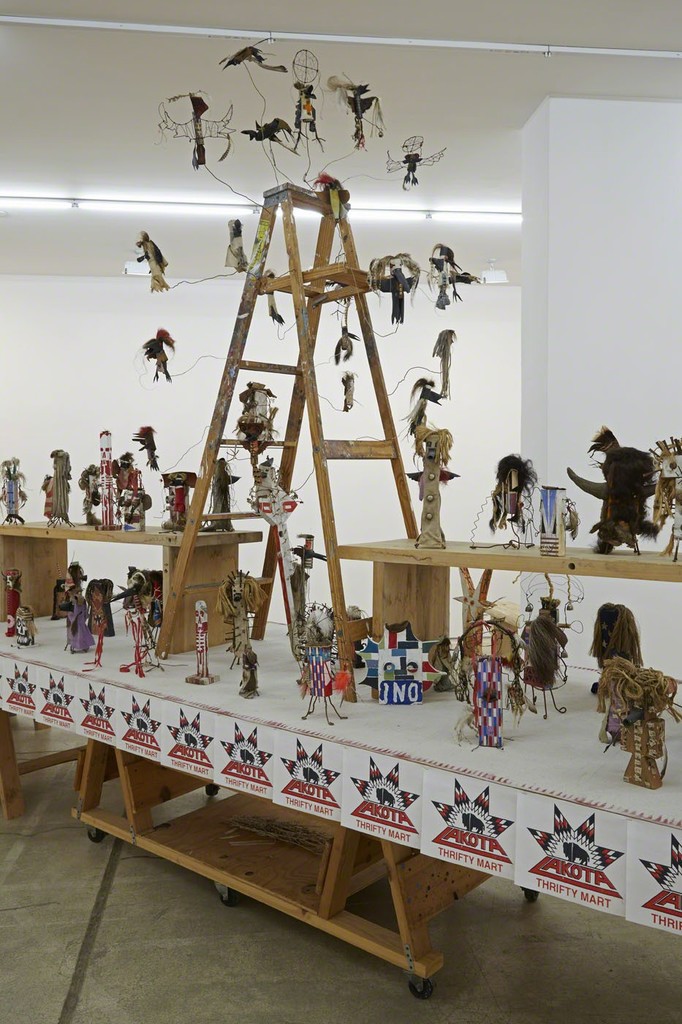 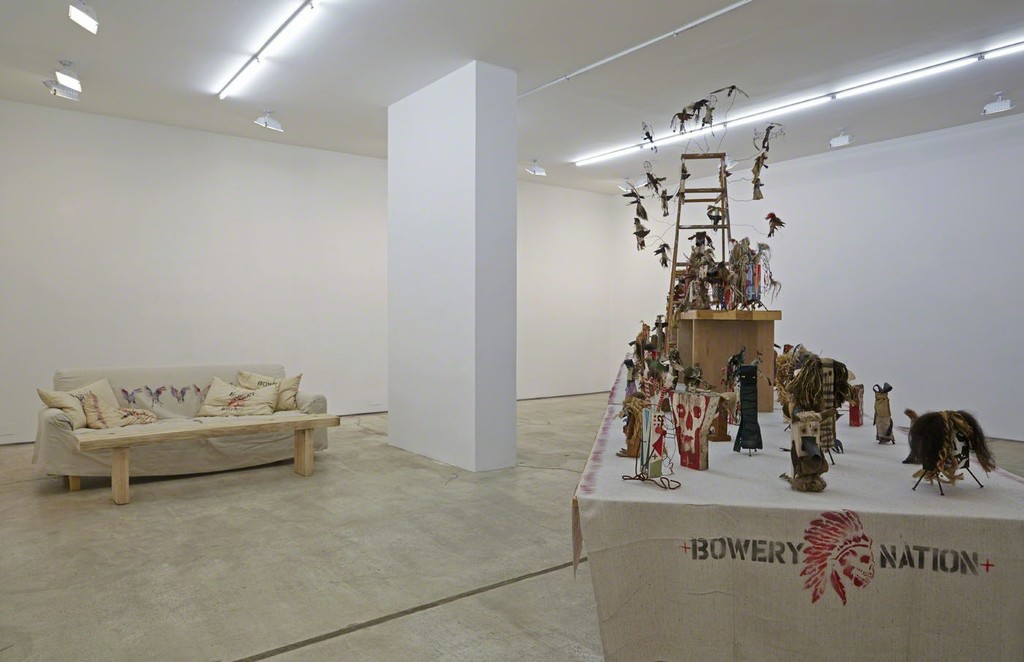 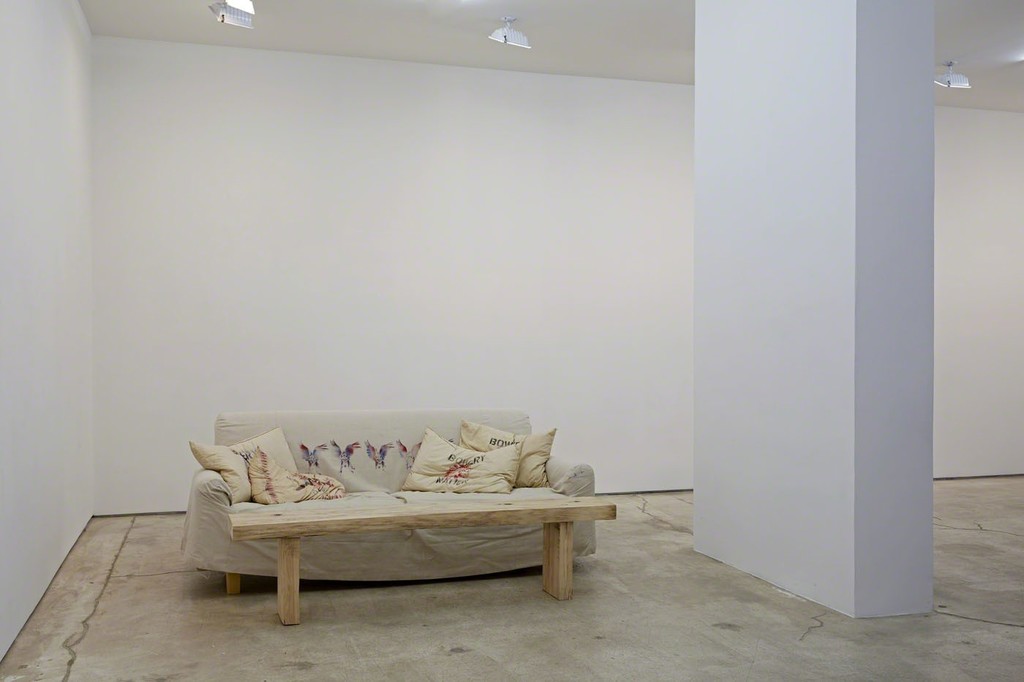 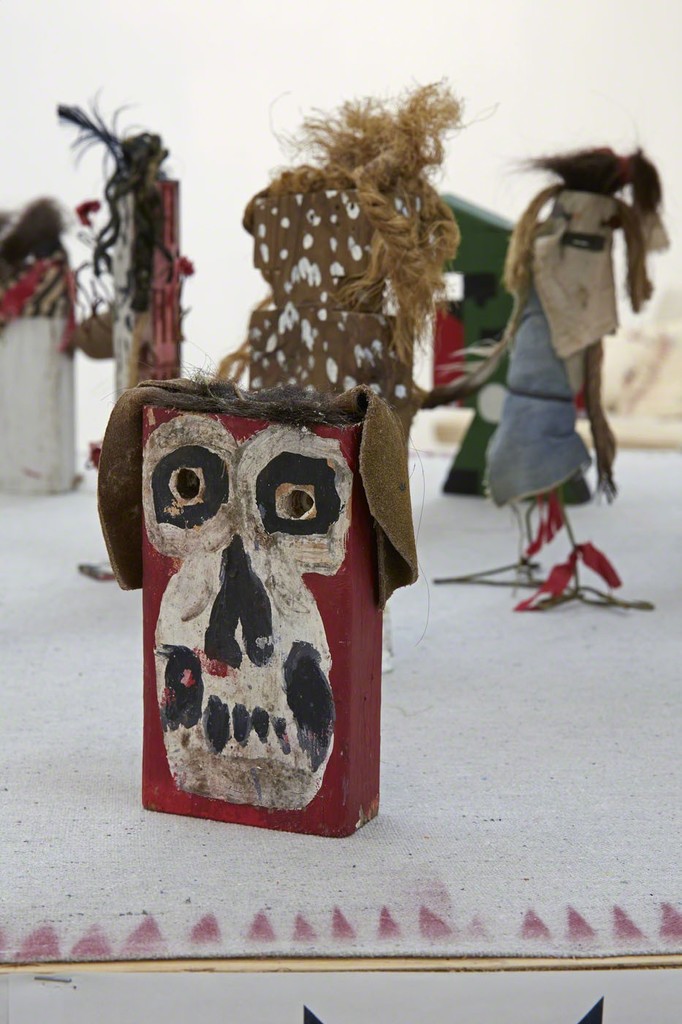 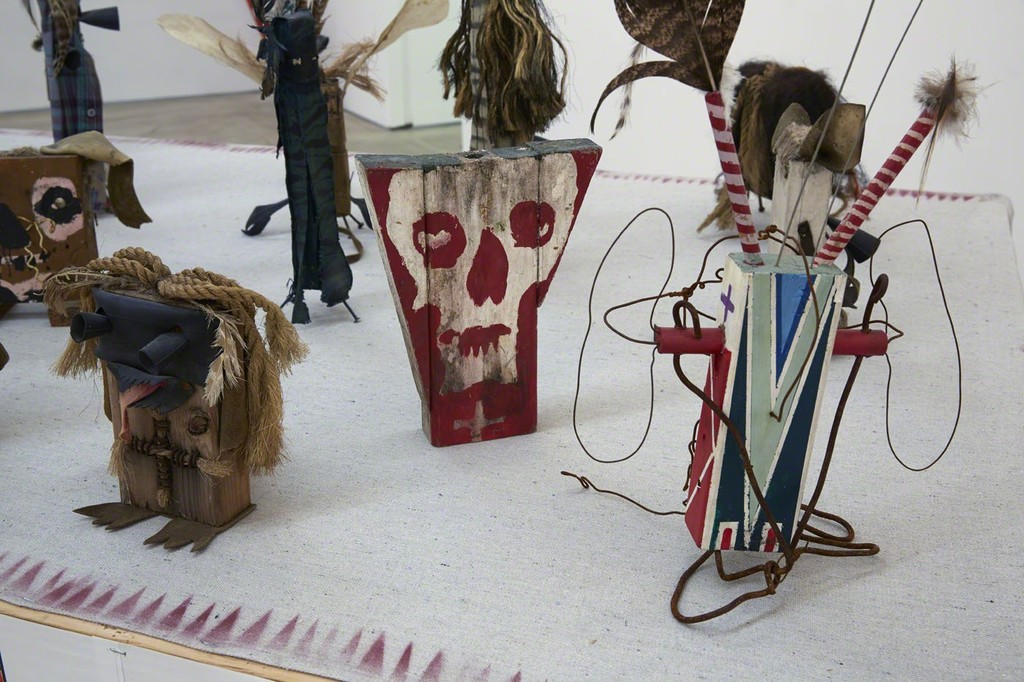 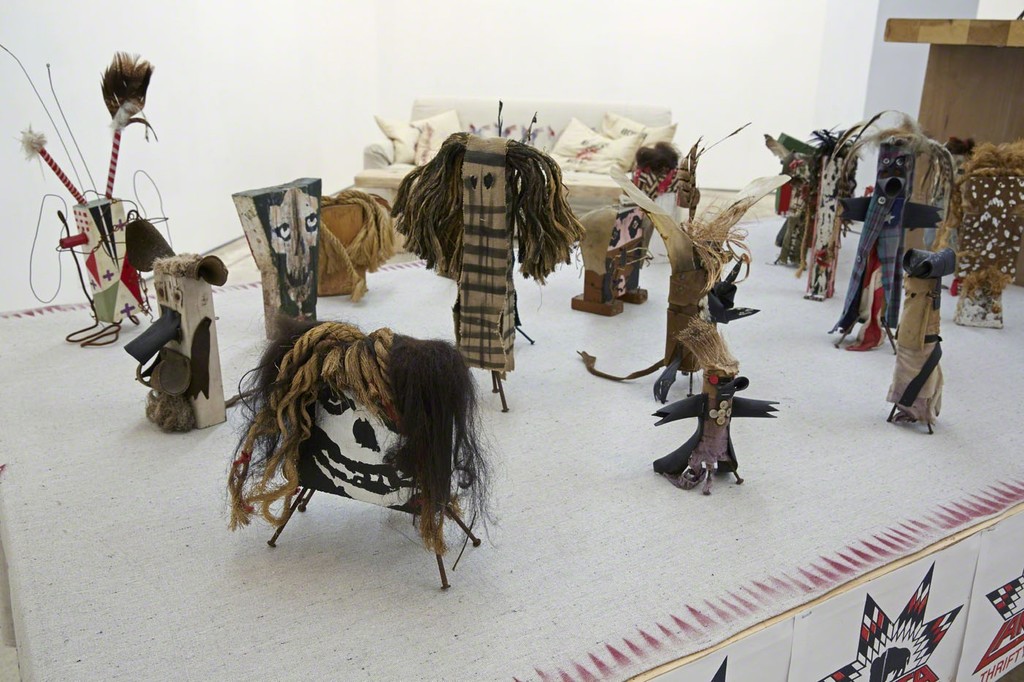 Jack Shainman Gallery is pleased to announce A Fist Full of Feathers, Brad Kahlhamer’s first exhibition with the gallery which will include new paintings, sculpture and his installation, Bowery Nation, 1985-2012.

Over the course of his practice, Kahlhamer has worked within and between the mediums of painting, drawing, sculpture, installation, performance and music. This profusion of media builds layers of influence that are drawn from physical localities, daily surroundings, aesthetic experiences, collected ephemera and conjured histories that are both real and imagined. Through his paintings and sculpture new universes are built, simultaneously urban-rural and high-low with their own language of symbols drawn from such seemingly disparate sites as Topps Chewing Gum (his former employer), the Lakota Thrifty Mart in Eagle Butte, South Dakota, California skateboard culture, proliferative street art of Bushwick, Brooklyn and Kahlhamer’s personal taxidermy collection, to name only a few. The work has often been described as existing in and representing a “third place” measured by complexity and contradiction, its most salient attributes. Kahlhamer’s unruly methodology can serve as a mirror for a cross section of American cultures and their very consumption while also being a meditation on his own identity and his interest in the “re-wilding” of himself and the contemporary tribal male.

The individual elements of Bowery Nation were first born in 1985 after a visit nearly a decade earlier to the Heard Museum where Kahlhamer encountered their vast collection of Hopi katsina dolls. Signifying supernatural beings, katsina are traditionally used to represent and teach facets of Hopi cosmology. Over years of constructing these dolls using a host of found materials and living and working amongst them in the Lower East Side/Bowery neighborhood of New York, a sort of post-Smithsonian tribe had emerged in the studio. Richard Klein of the Aldrich Contemporary Art Museum writes, “The decision to assemble them as a group and finally pursue their exhibition was partially governed by the series having reached the century mark, but also by the fact that, just like Kahlhamer’s experience at the Heard three decades earlier, the power of the individual “dolls” is amplified by their gathering. Kahlhamer’s personal mythology has been made manifest through the truism of strength in numbers.” Kahlhamer is also exploring a correlative tradition, that of the tourist trade. He riffs on the copy of the copy of the copy which melts into ubiquitous symbols and tropes of representation, consumption and the rolling up of the complex and nuanced into a digested monolith. This romanticism is obliterated by what can be a harsh candor in his paintings and the carnivalesque celebration and public procession of Bowery Nation reflecting motley tensions but never defeat.