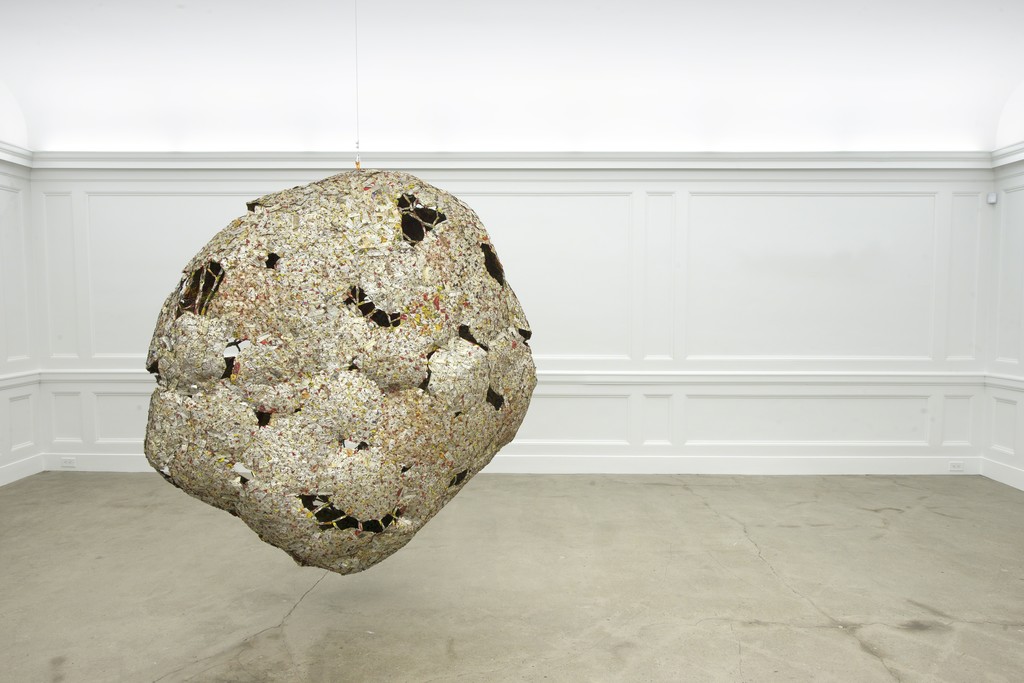 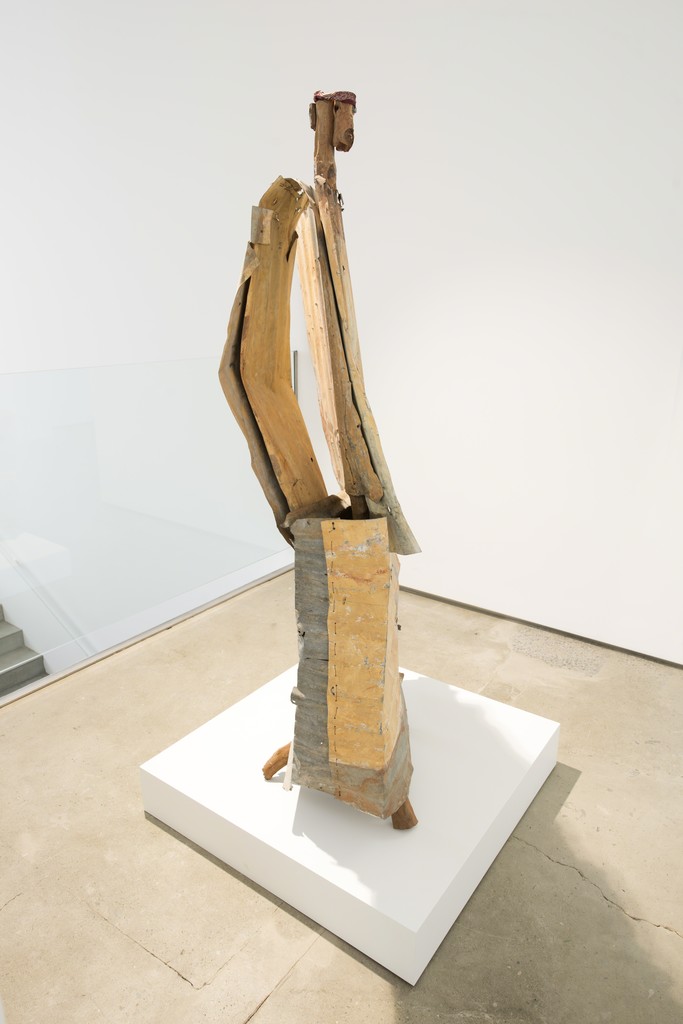 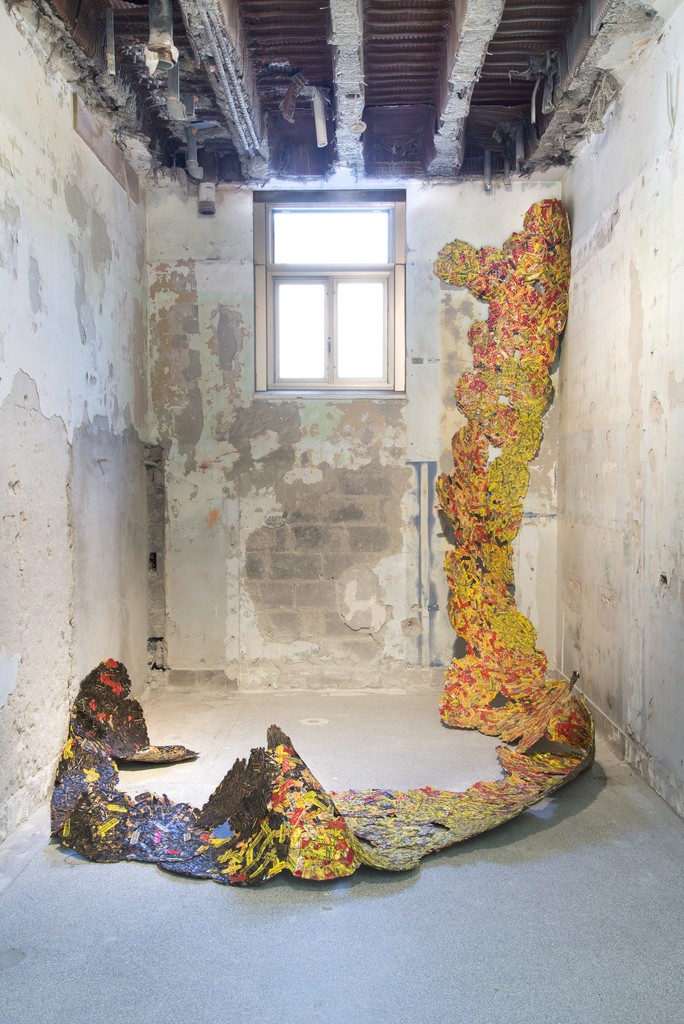 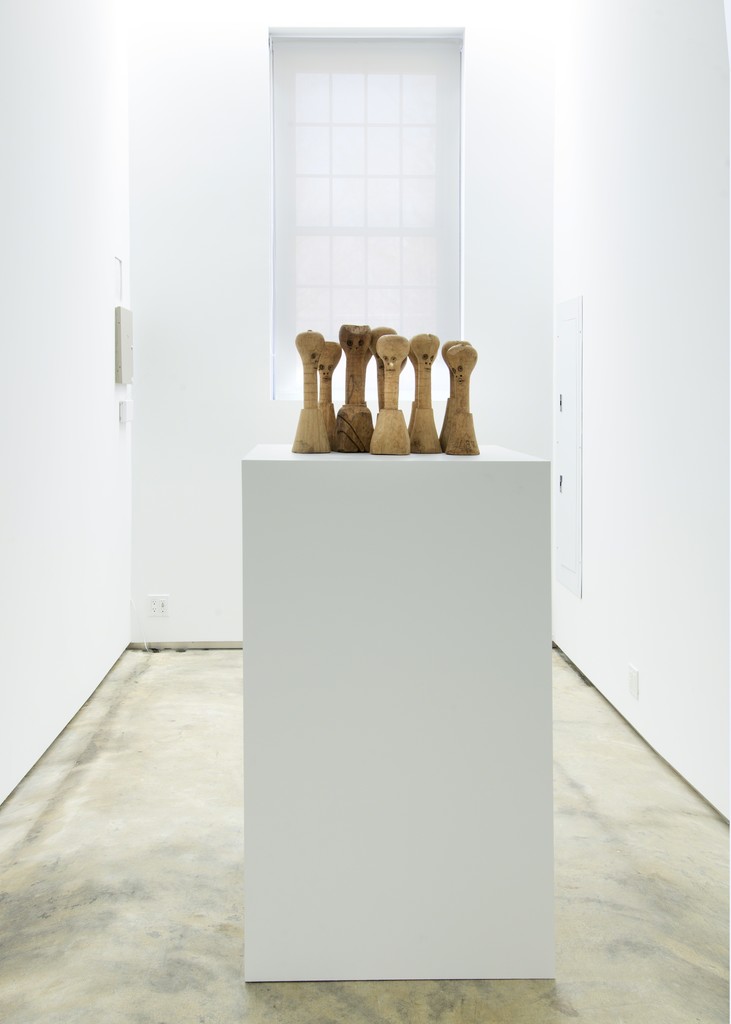 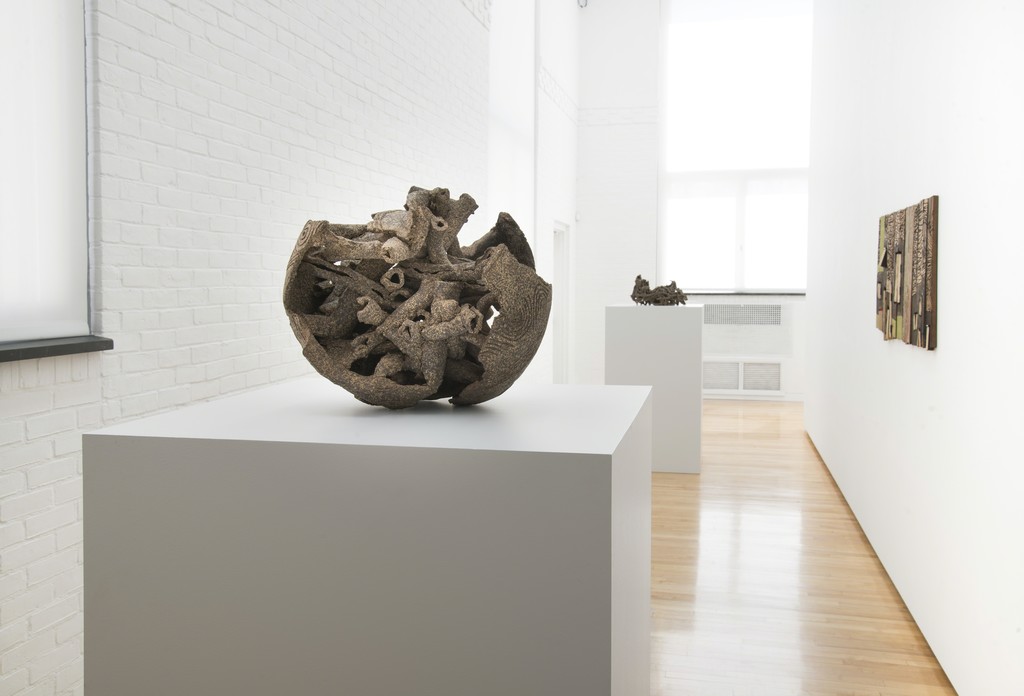 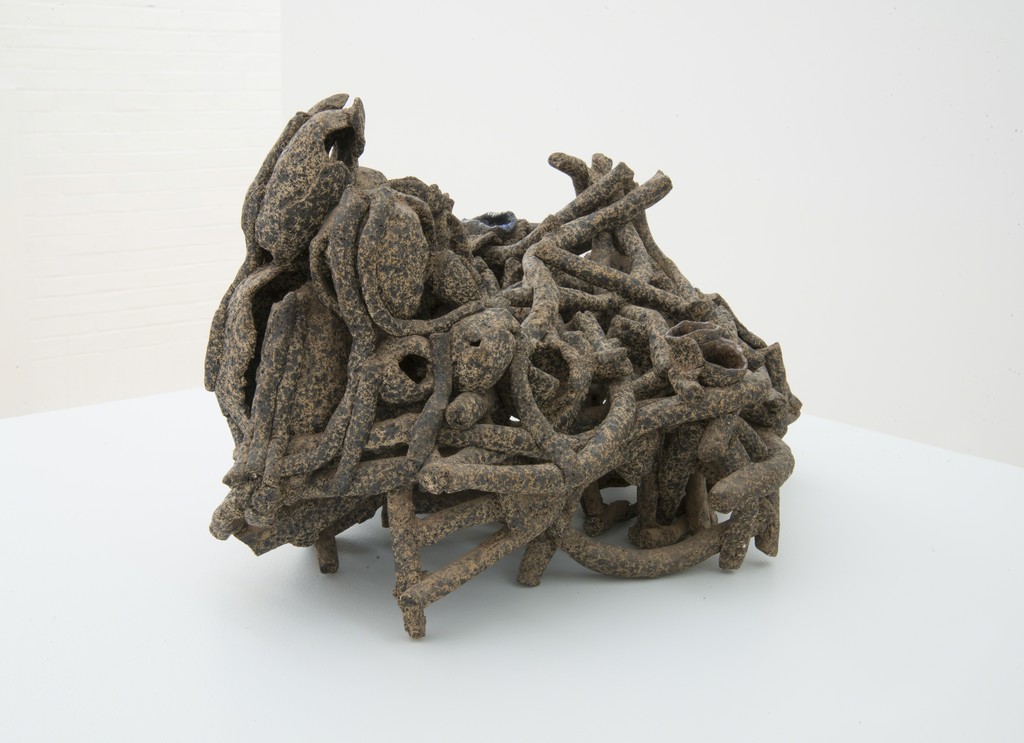 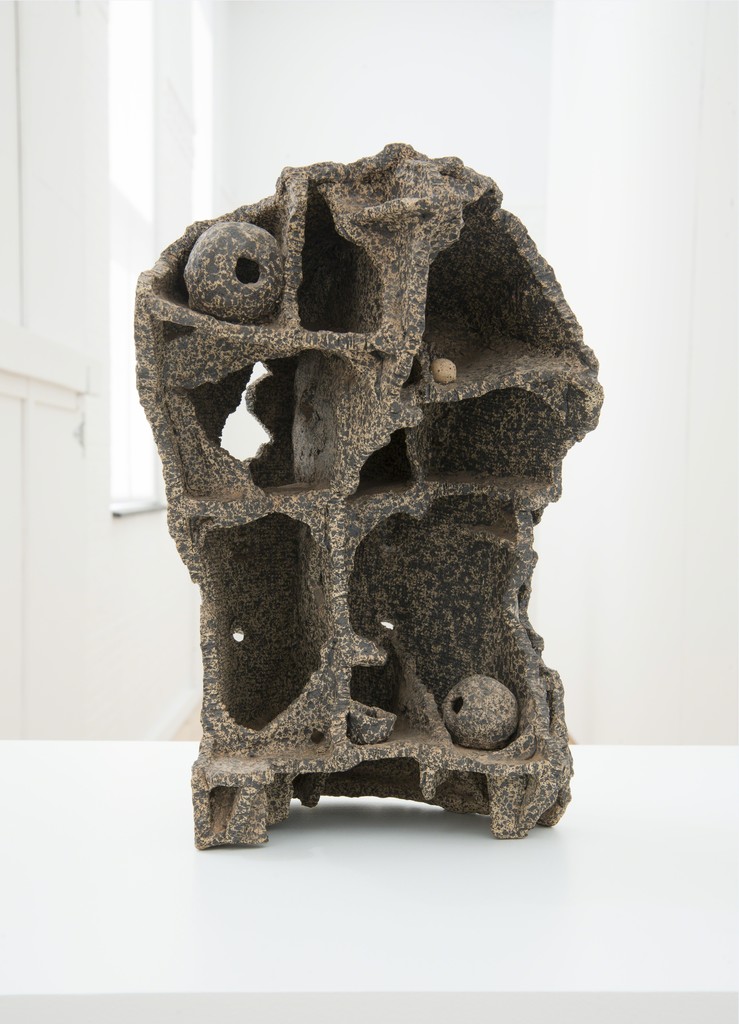 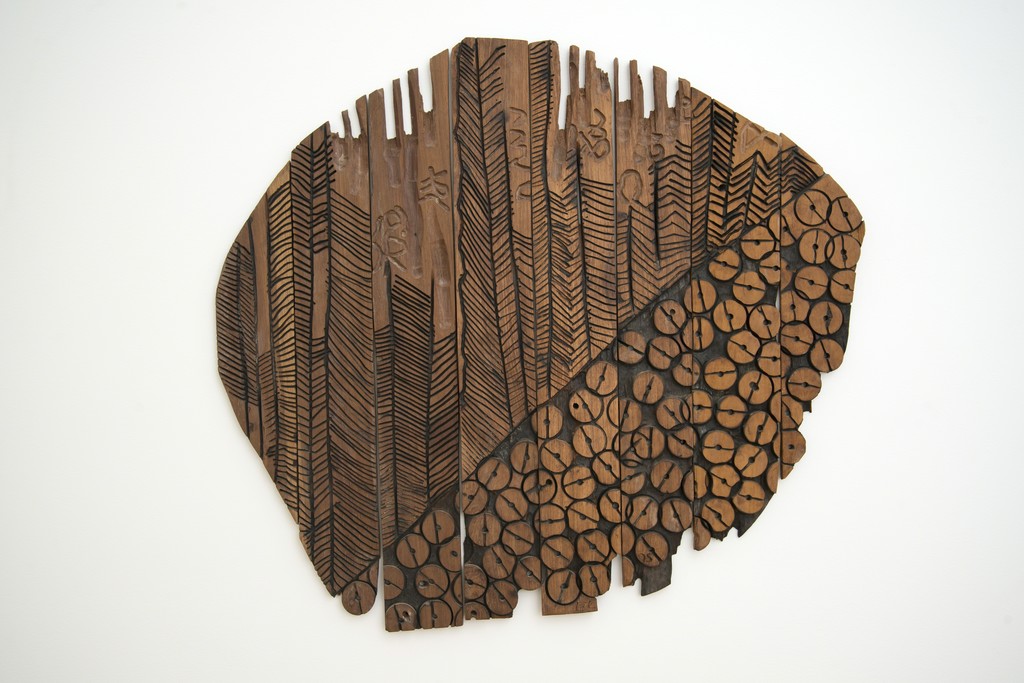 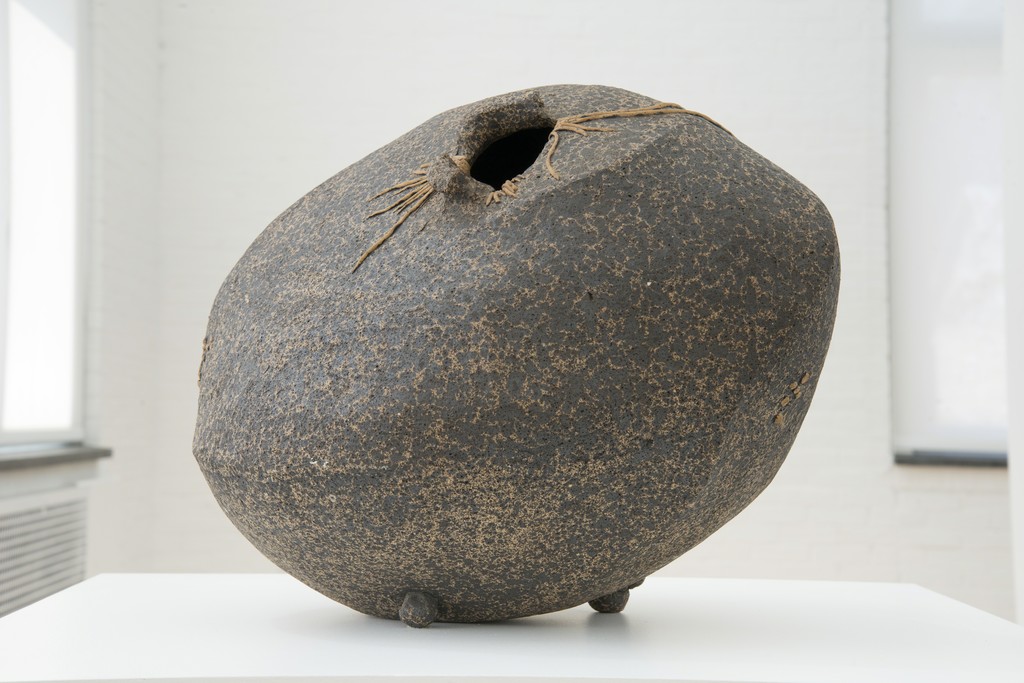 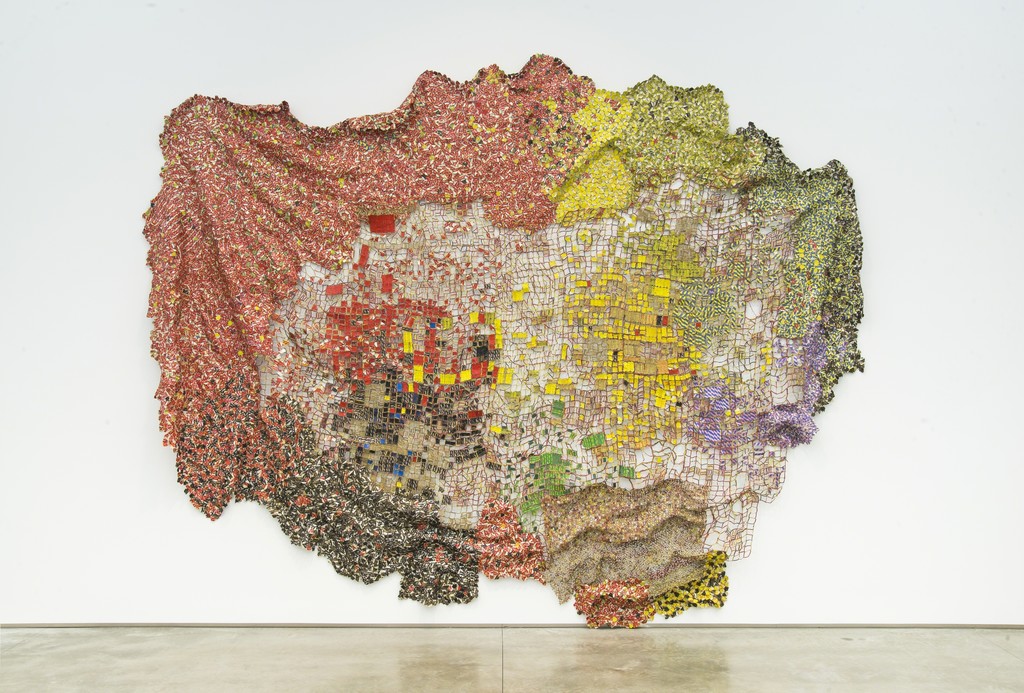 Jack Shainman Gallery is pleased to celebrate the first anniversary of The School with a solo exhibition of work by El Anatsui, who was just awarded the Golden Lion for Lifetime Achievement, the Venice Biennale’s highest honor. Five Decades is a comprehensive survey spanning the last fifty years of Anatsui’s celebrated career, from compositions in painting, wood, and clay, to the magnificent metal works for which he is renowned.

The earliest work in the exhibition dates from the late 1970s when Anatsui began his tenure as a professor of art at the University of Nsukka, Nigeria. Selected clay sculptures from The Broken Pots series, 1977, line the perimeter gallery. While the goal of much pottery is utilitarian, these cracked and chipped ceramic and manganese vessels deny their usability. They are broken and reconfigured, much in the way that individual remembrances can be reconstructed to resurrect collective history. In Chamber of Memory, Anatsui references traditional Nigerian terracotta, and fashions tiny pockets inside the skull-like form to convey the object as a site of lasting historical and cultural memory. Placed on pedestals, the series demonstrates even a small fragment can have tremendous resonance.

Sculptures in wood dominate much of Anatsui’s artistic output from the 1980s and 90s. Works from this period, such as Assorted Seeds II, 1989, with their heavy intaglio lines and subtle gradations in color, find kin in the bold-banded acrylic paintings and etchings from the same time. Later forays in wood incorporate intricate saw marks (Fan, 1995) and flashes of colorful paint (Old Cloth Series, 1993).

The tension between fragility and resilience inherent in the medium of clay, and the radical formal properties of the wood work, come full circle in the majestic metal wall-hangings for which Anatsui is best known. Meticulously assembled from discarded aluminum often sourced from liquor bottles, the recycled materials coalesce in exquisite constellations that track postcolonial exchange and global abstract traditions. Stressed World, 2011 is a quintessential example: delicate yet monumental. Hovering between sculpture and painting, the metal constructions defy categorization and have solidified Anatsui’s status as a groundbreaking visual artist of international critical acclaim.