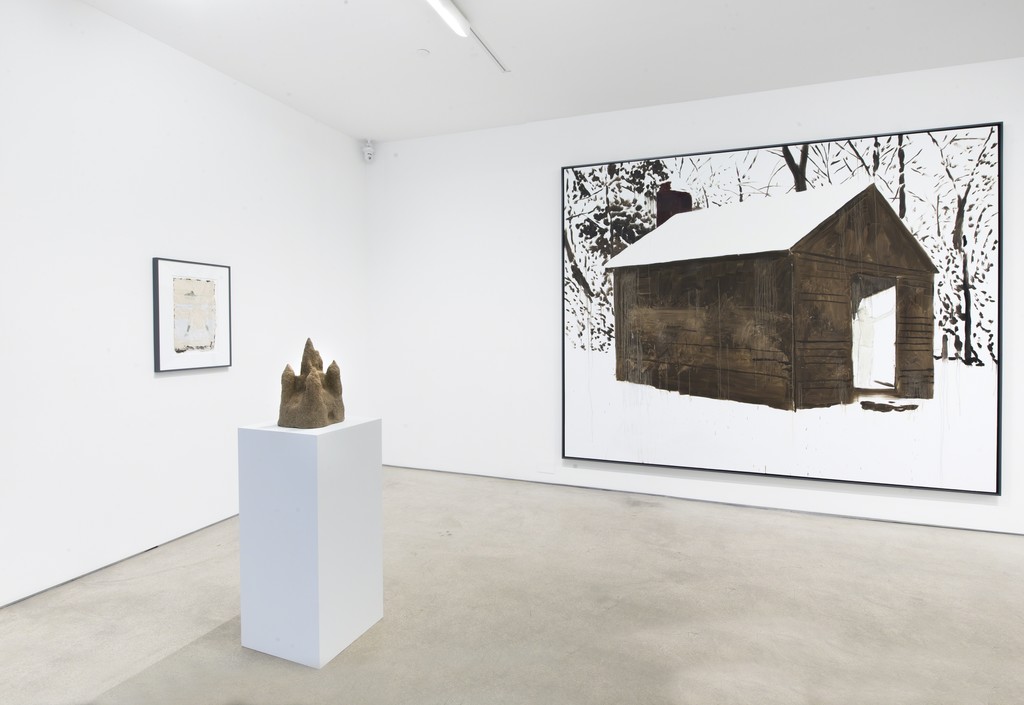 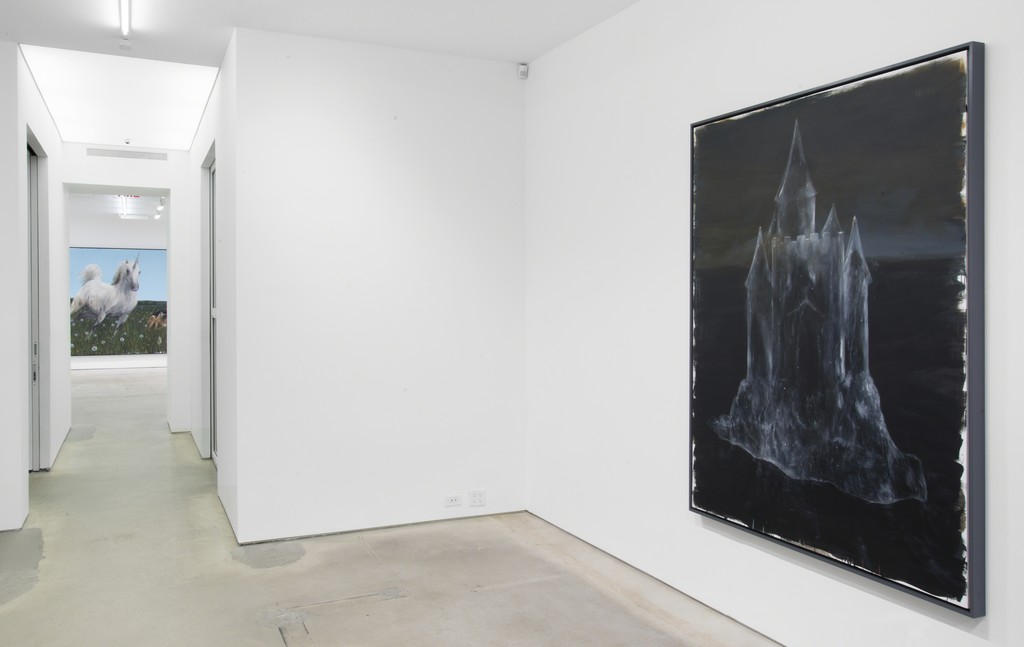 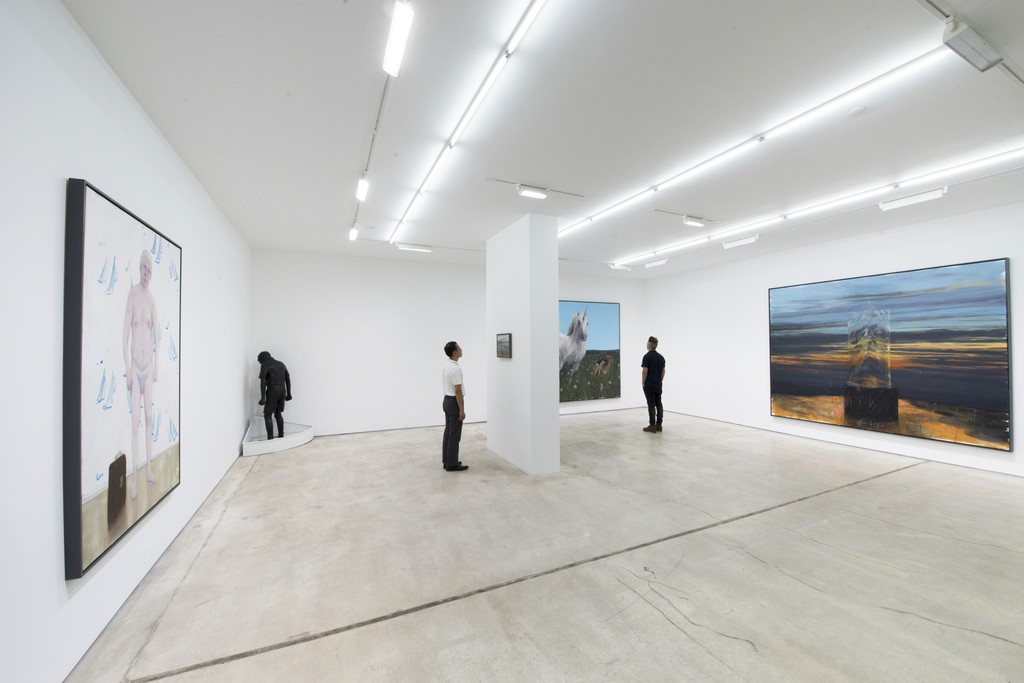 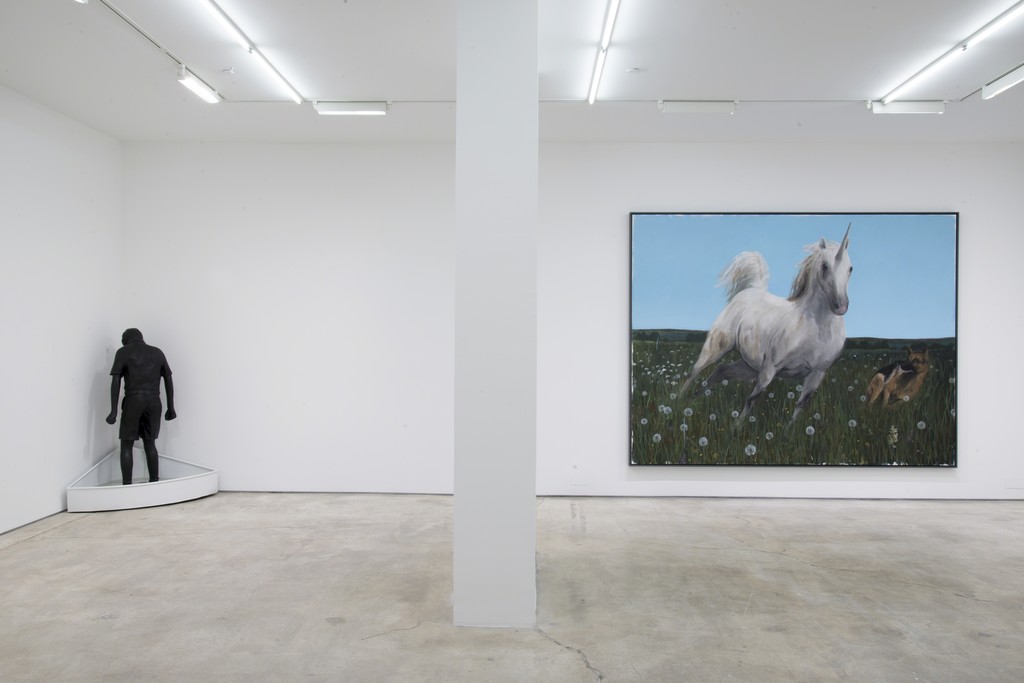 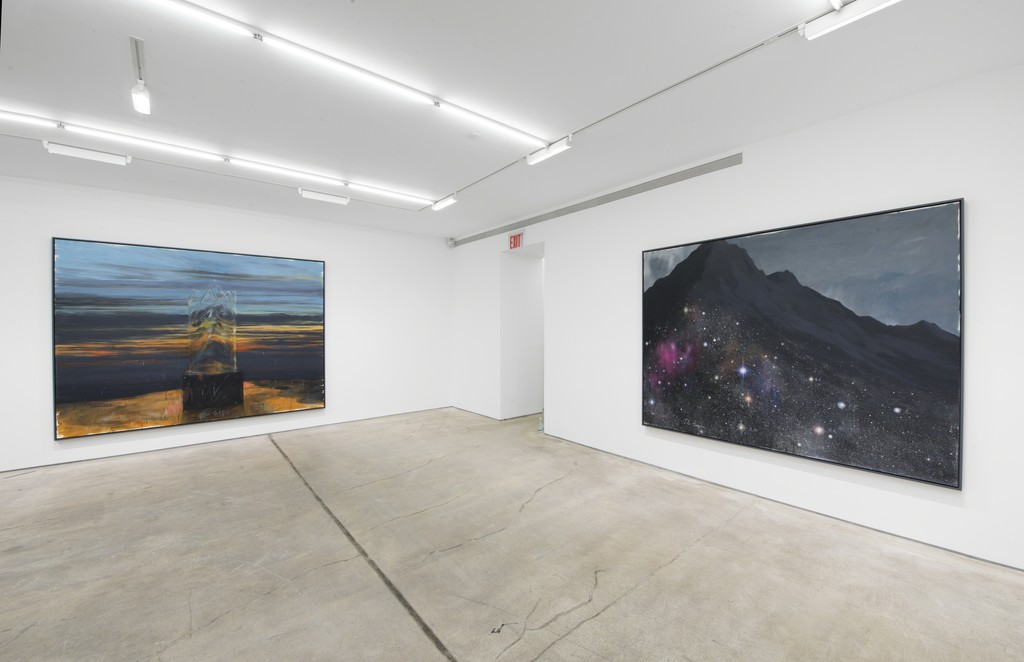 Jack Shainman Gallery is pleased to announce Enrique Martínez Celaya’s first solo exhibition at the gallery, Empires: Sea and Empires: Land. This exhibition, in two parts, comprises an interconnected group of new works that are revealed, hidden, or undermined by each other to create an experience that is simultaneously visceral and elusive.

Working in a variety of media including painting, sculpture, needlepoint and installation, as well as poetry and other writing, Martínez Celaya has created a new body of work characterized by the allusive complexity, emotional presence and intellectual rigor that he has developed over the past two decades. He blends reality, fantasy and memory to create a world that is both semi-autobiographical and resonantly universal. His visual language approaches aspects of experience often addressed through literature, religion and philosophy such as the individual search for authenticity and belonging, the limitations of self-knowledge, the tension between possibility and regret, and the consequences of a stunted inner life. The cumulative result explores the dynamics of will as we navigate a world that is often resistant to our strivings and regrets.

If the broader concern of Empires is our inherent restlessness, revealed through our love, dreams, contentment, loneliness, nostalgia, and despair, the fundamental motivation is the confrontation of being and time. In this exhibition, land is a metaphor for what is known or at least imagined to be knowable. It becomes a site of embarkment as well as a destination. In The Crown, a boy king swallowed by a too-large crown is seemingly overwhelmed by new responsibilities. The boy is the counterpoint for an older man who appears in The Dreamer in the stance of power but naked, the vulnerability of his flesh contradicting the forcefulness he exudes. Here, land becomes a stand-in for the past and for the future: an embodiment of the tension between an identity or a home that is familiar and one that is strange, yet in which we hope to settle someday. The sea, on the other hand, is seen as substantially secret, facilitating the journey while threatening to swallow us into its watery heart. In The Beginning an almost imperceptible black pool spreads on the surface of an already dark sea. It is not apparent whether it is a substance, a shadow, or the evidence of something lurking below. This nebulous depth is complemented by The Bloom, for the Wilderness a painting of another type of surface, disturbed and tempestuous, crashing onto roses ambiguous in scale.

Conversations of land and sea frequently become conversations of the shore, that fluid border between the known world and the mystery of the water, as well as the excitement and dread of the journey. Eroded by memory, these meditations reveal something about the trajectory, and maybe the texture, of becoming.

Enrique Martínez Celaya has exhibited extensively throughout the United States and internationally. Recent exhibitions include Burning as It Were a Lamp at the Hood Art Museum, Dartmouth College in 2014, The Pearl at SITE Santa Fe in 2013, The Tower of Snow at The State Hermitage Museum, Saint Petersburg, Russia in 2012, and Schneebett at the Pérez Art Museum Miami in 2011. Upcoming solo exhibitions include the Abroms-Engel Institute for the Visual Arts in January 2016, Centro Atlántico de Arte Moderno, Las Palmas de Gran Canaria, Spain in September 2016, and the Hood Art Museum, Dartmouth College, where he is a Montgomery Fellow, in 2016.

Martínez Celaya’s work can be found in the permanent collections of the Metropolitan Museum of Art, the Whitney Museum of American Art, the State Hermitage Museum in St. Petersburg, Russia, the Museum of Contemporary Art in Los Angeles, the Museum of Fine Art Houston, the Denver Art Museum, the Moderna Museet in Stockholm, Sweden, and the Museum der bildenden Künste in Leipzig, Germany, among others.

He has received many awards including the National Artist Award from the Anderson Ranch Arts Center, the California Community Foundation Fellowship, J. Paul Getty Trust Fund for Visual Arts, a Knight Foundation Grant, and the Young Talent Award from the Los Angeles County Museum of Art. Formally trained in science, Martínez Celaya studied Applied & Engineering Physics at Cornell University and pursued a Ph.D. in Quantum Electronics at the University of California, Berkeley. He later received a Skowhegan Fellowship to attend the Skowhegan School of Painting & Sculpture in Maine and earned a Master of Fine Arts with the department's highest distinction from the University of California, Santa Barbara.

Martínez Celaya is the author of many publications including Collected Writings and Interviews 1990-2010 published by the University of Nebraska Press, On Art and Mindfulness co-published by Whale & Star Press and the Anderson Ranch Arts Center, October, published by Cinubia, and the artist book Guide, which was later serialized by the magazine Works & Conversations.

Upcoming exhibitions at the gallery include Vibha Galhotra at 513 West 20th Street and Carlos Vega at 524 West 24th Street. Five Decades, a retrospective of the work of El Anatsui, is on view at The School in Kinderhook, NY through September 26th.

Gallery hours are Tuesday through Saturday from 10am to 6pm. For additional information and photographic material please contact the gallery at [email protected].