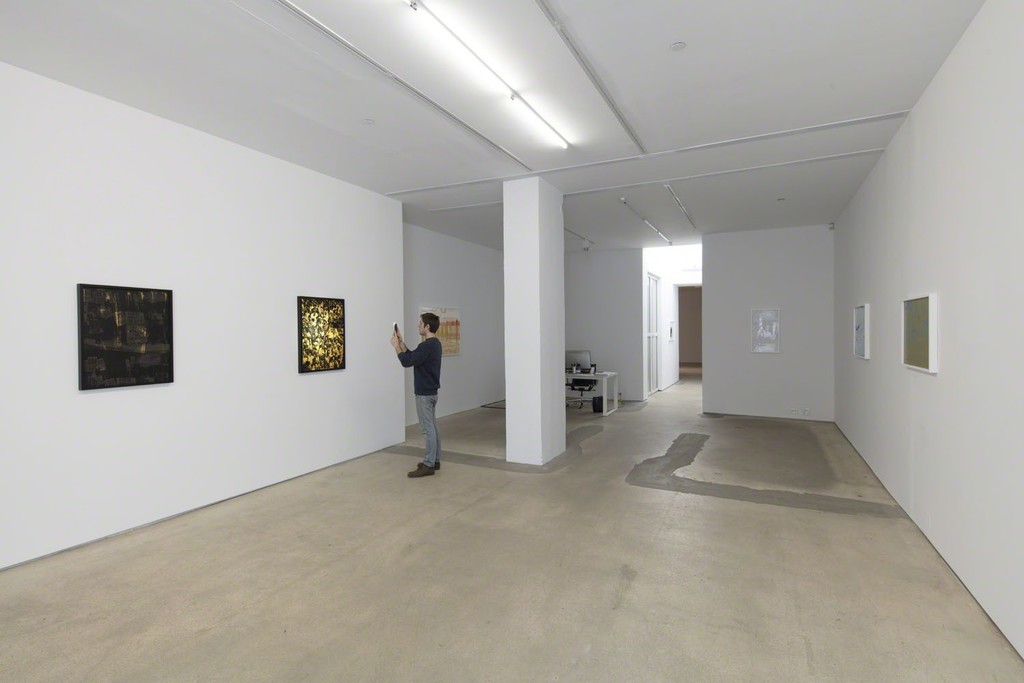 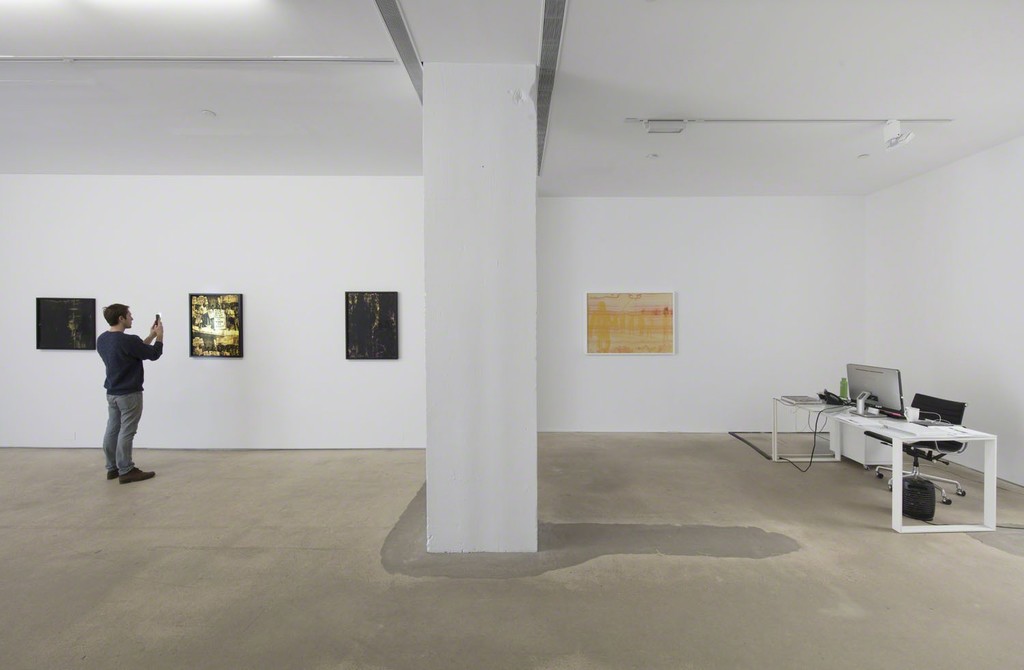 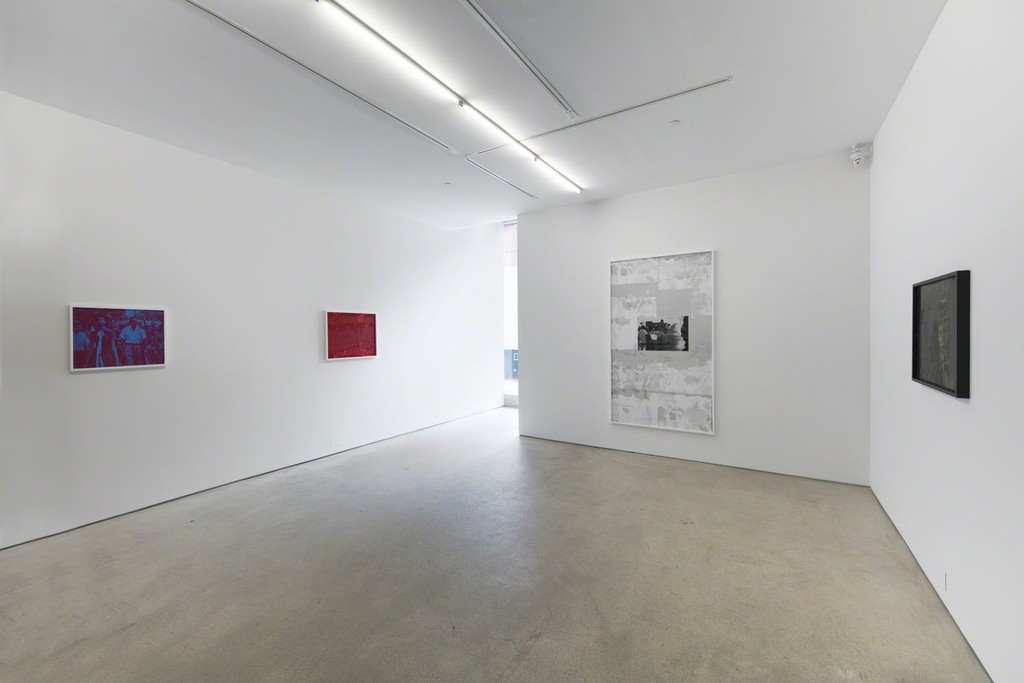 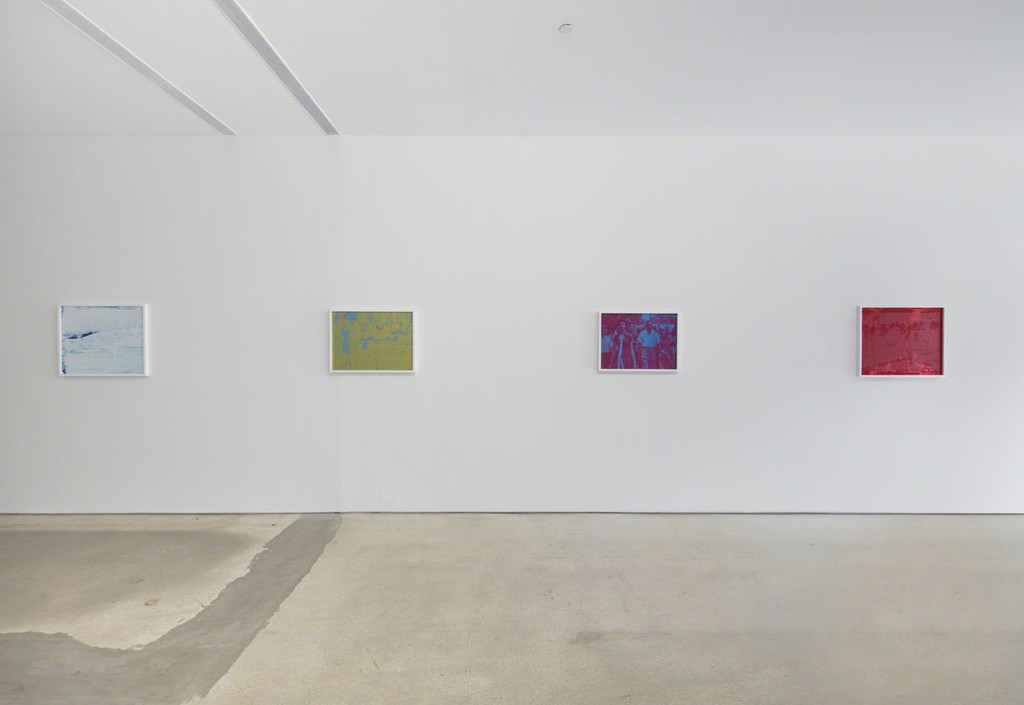 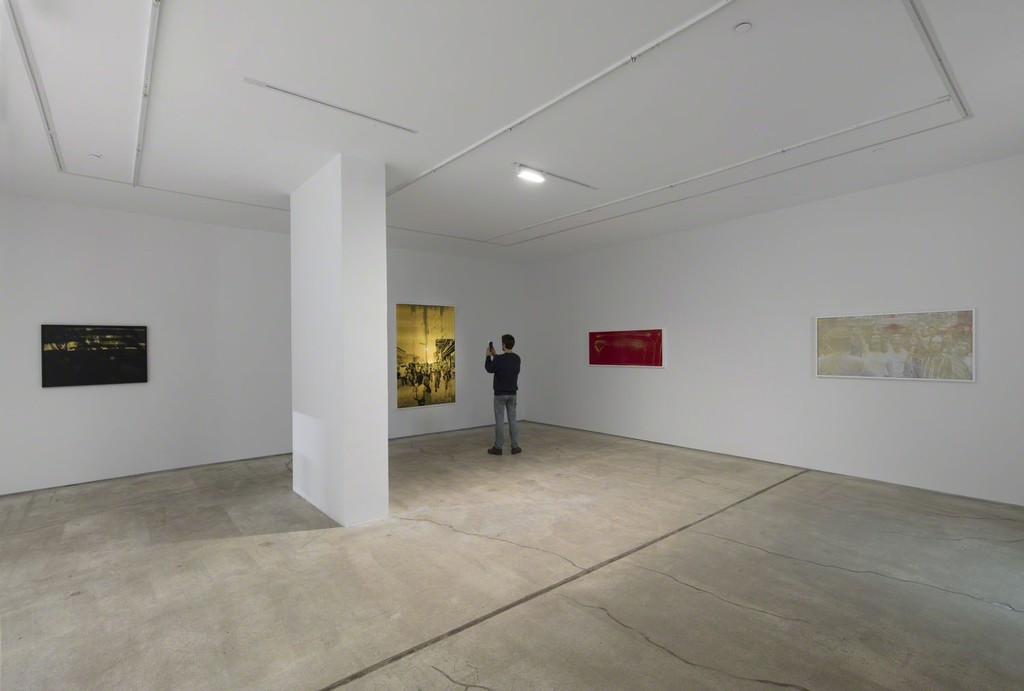 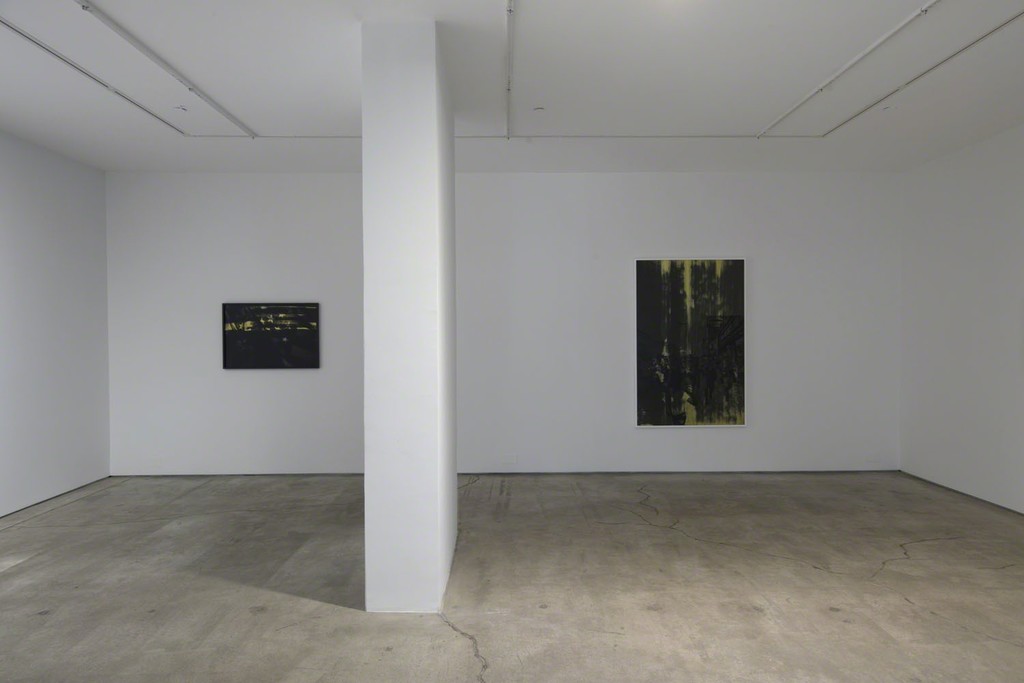 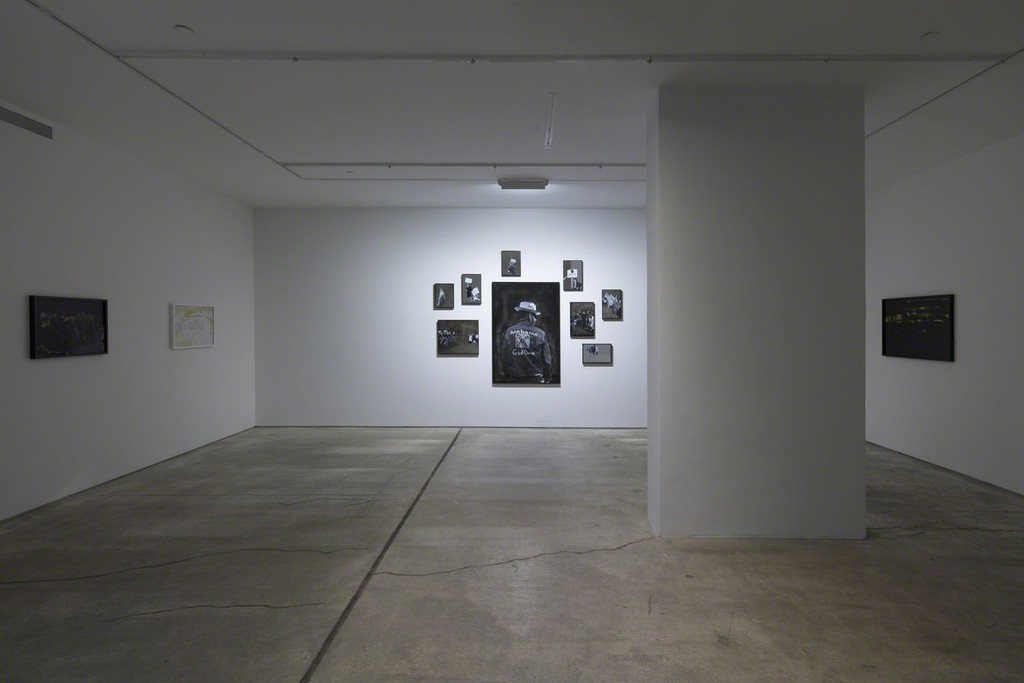 Jack Shainman Gallery is pleased to announce Hank Willis Thomas’ sixth solo exhibition at the gallery, What We Ask Is Simple. In this newest body of work, Thomas continues to investigate 20th century protests in Africa, North America and Europe. These works remind us that the societal tumult we witness in the news and in the streets is part of a hardfought, perennial battle for equality; and that we should not forget to acknowledge the overwhelming mass of people who use their creativity, courage, and community to inspire change.
The mirrors, retroreflective, and sculptural works on view in the exhibition are largely inspired by artists such as Andy Warhol, Robert Rauschenberg, and Michelangelo Pistoletto; social activist photographers like James “Spider” Martin, Charles Moore, and Dorothea Lange; and the courageous human rights work of Gloria Richardson, Elizabeth Eckford and Elizabeth Spencer, and Amelia Boynton Robinson, among countless others. Notably, the series shares Warhol and Rauschenberg’s simultaneous fascinations with the hand of the artist and the repetition of mass-produced imagery. Thomas, who trained as a photographer, has always focused on framing and context, using appropriated, in this case, archival images along with new or rarely used technical processes. Much of his work demands that viewers shift their position or use a tool to see it in its entirety, a reminder of the multiple ways of looking at a given moment or subject. His silvered glass mirrors create both a moment of reflection and an opportunity for the viewer to become part of the historic moment, while his retroreflective works—which are activated by flash photography—encourage the viewer to look more closely. By taking that flash photograph, the viewer reveals the latent image, thereby stepping into the role of image maker.
The advent of digital photography and the rise of social media have resulted in a proliferation of instant photographs and photographers. Meanwhile, artists like Thomas have felt eerily alienated from the medium, which once relied as heavily on research, patience, and ingenuity as it did on equipment, skill, and talent. In a sense, this new body of work is an attempt to recapture the wonder of experimentation that originally drew Thomas to photography. The series incorporates silvering, halftone screen printing, and 3D image capture—processes that came about thanks to the advancements of photography. The revelatory experience once felt in the darkroom is echoed throughout the show, as Thomas returns to image making, joined by the audience, without which his works would not be complete.
Hank Willis Thomas has exhibited extensively throughout the United States and internationally. His first comprehensive survey, Hank Willis Thomas: All Things Being Equal…, will open at the Portland Art Museum, Oregon, Fall 2019. Notable solo and group exhibitions include his 2017 AIMIA | AGO Prize winning exhibition at the Art Gallery of Ontario, Canada; Blind Memory and Freedom Isn’t Always Beautiful, SCAD Museum of Art, Savannah, Georgia (2017); Repetition and Difference, Jewish Museum, New York (2015); Hank Willis Thomas, Cleveland Museum of Art, Ohio (2013–2014); Speaking of People: Ebony, Jet and Contemporary Art, Studio Museum in Harlem, New York (2014–2015); Hank Willis Thomas: Strange Fruit, Corcoran Gallery of Art, Washington, DC (2011–2012); and 30 Americans, Rubell Family Collection, Florida (2008), which is still traveling widely today. His solo show Hank Willis Thomas: Branded/Unbranded opened at the John & Mable Ringling Museum of Art, Florida in February and Hank Willis Thomas: Unbranded opens at the Block Museum of Art, Chicago, on April 14, 2018. In April, Thomas’ work will be unveiled at the Equal Justice Initiative The Legacy Museum: From Enslavement to Mass Incarceration. Thomas will be the subject of a major publication with Aperture, to be published October 2018.
Thomas’ work is in numerous public collections, including the Museum of Modern Art, New York; the Solomon R. Guggenheim Museum, New York; the Whitney Museum of American Art, New York; the Brooklyn Museum, New York; the High Museum of Art, Atlanta; and the National Gallery of Art, Washington, DC. In 2016 Thomas cofounded For Freedoms, the first artist-run super PAC, which won an International Center of Photography Infinity Award for Online Platform and New Media in 2017 and lives on as a platform for civic engagement, discourse, and direct action for artists in the United States. His collaborative and public projects have been shown around the world, including in Afghanistan, Australia, South Africa, and Hong Kong. In 2015 he was appointed to the Public Design Commission for the City of New York, and in 2017 was awarded a Soros Equality Fellowship.
Upcoming exhibitions at Jack Shainman Gallery include Nick Cave at 513 West 20th Street and Geoffrey Chadsey at 524 West 24th Street, both opening May 17. The annual spring opening at The School will be held on Sunday, May 20.
Gallery hours are Tuesday through Saturday from 10am to 6pm. For press inquiries please contact Katherine Wisniewski, SUTTON, [email protected], +1 212 202 3402. For other inquiries please contact the gallery at [email protected].