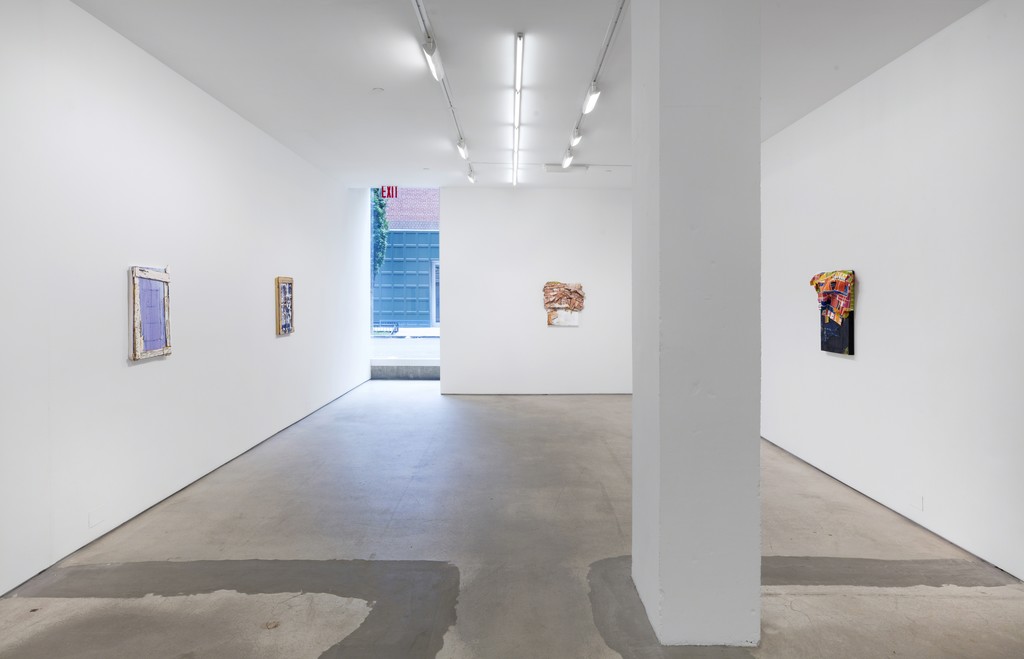 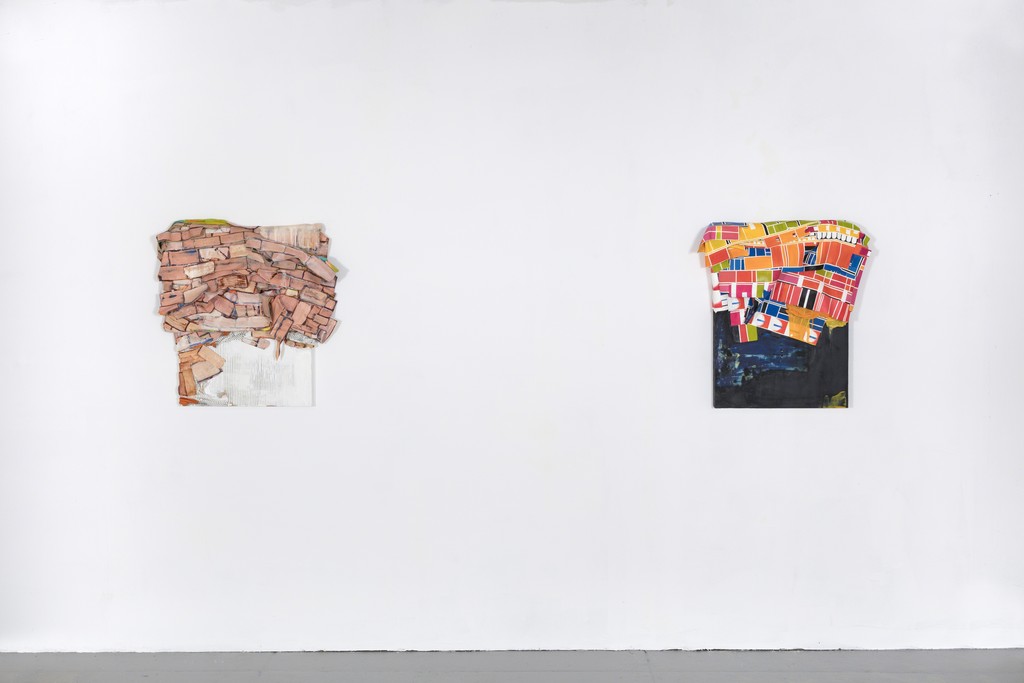 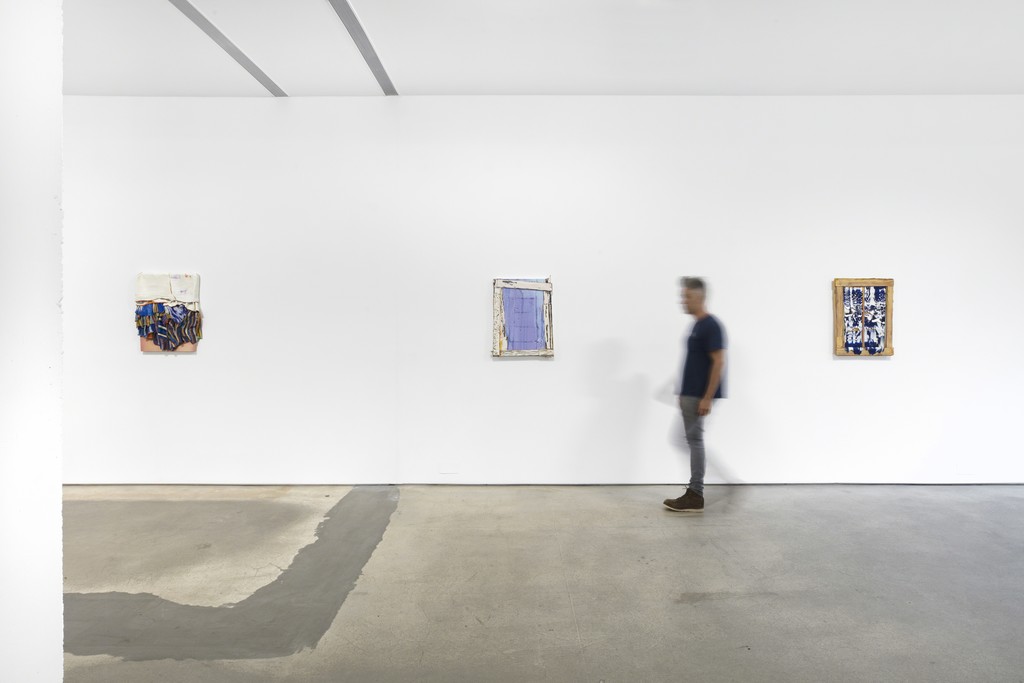 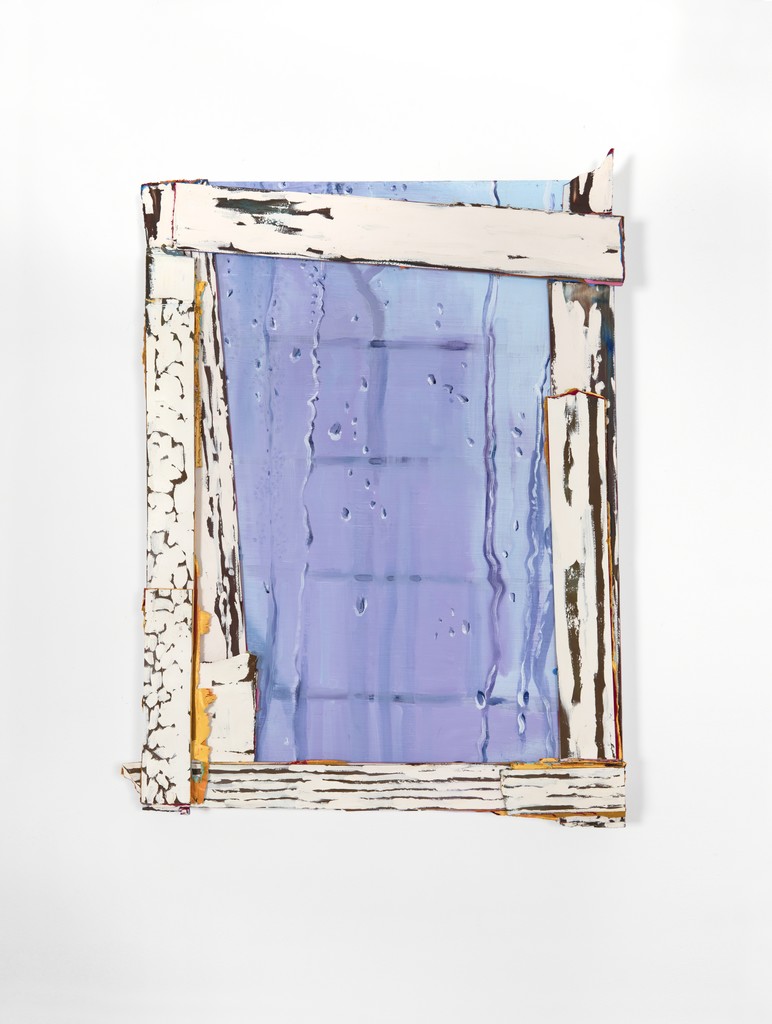 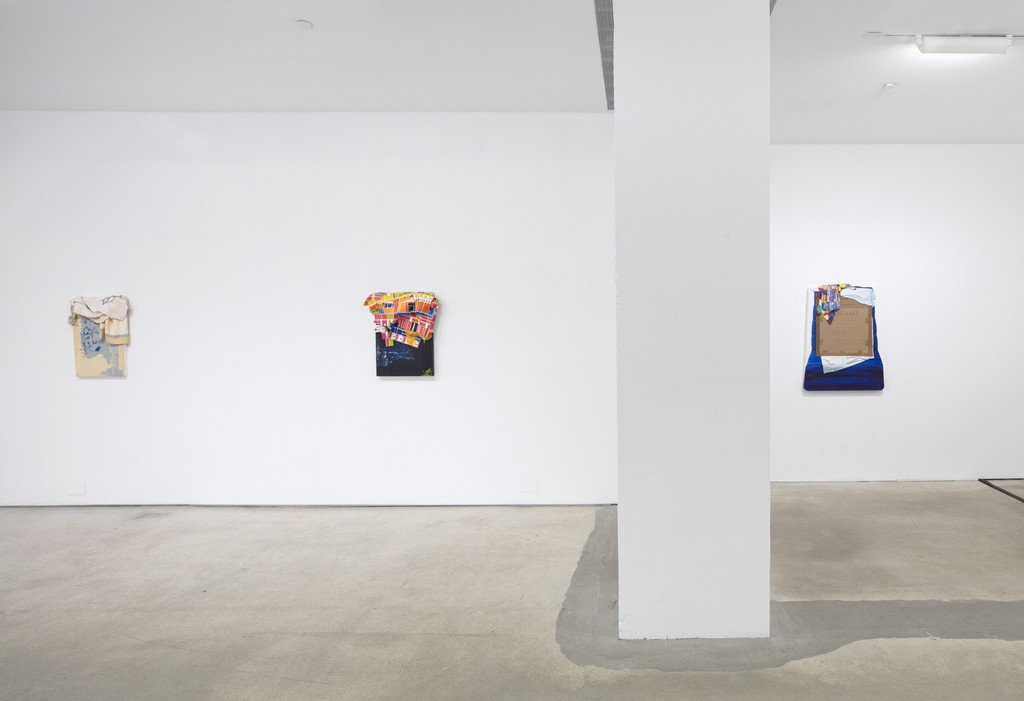 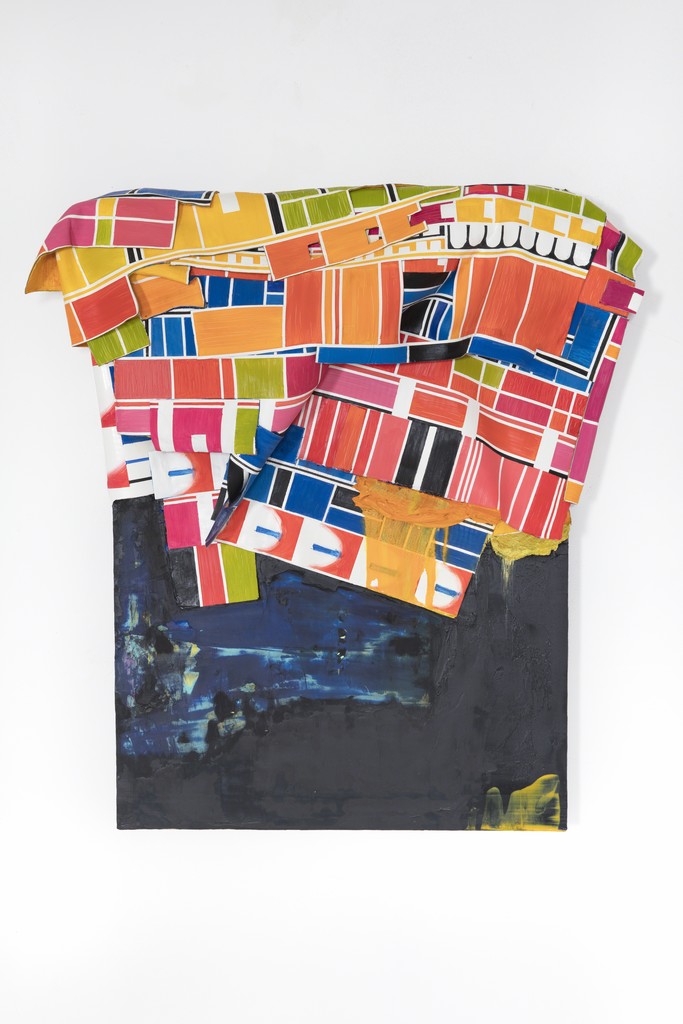 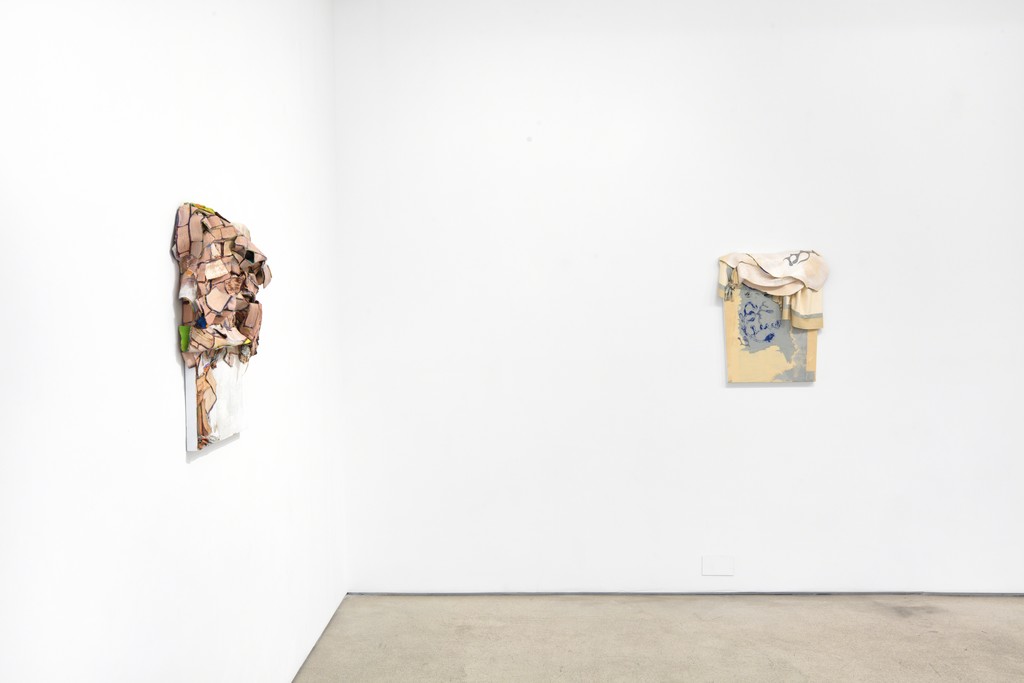 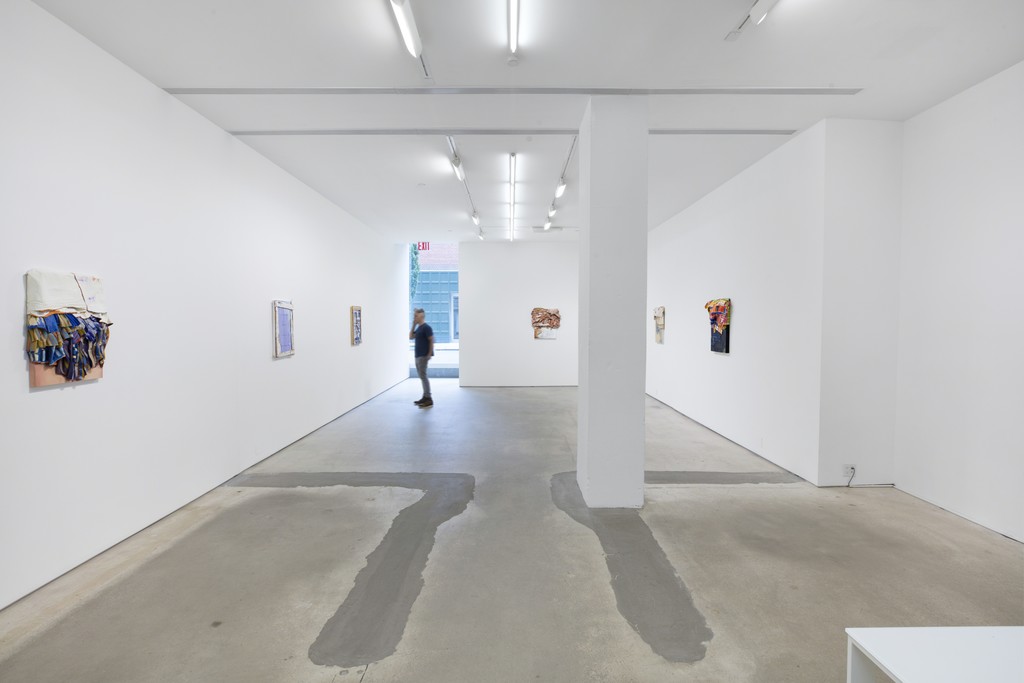 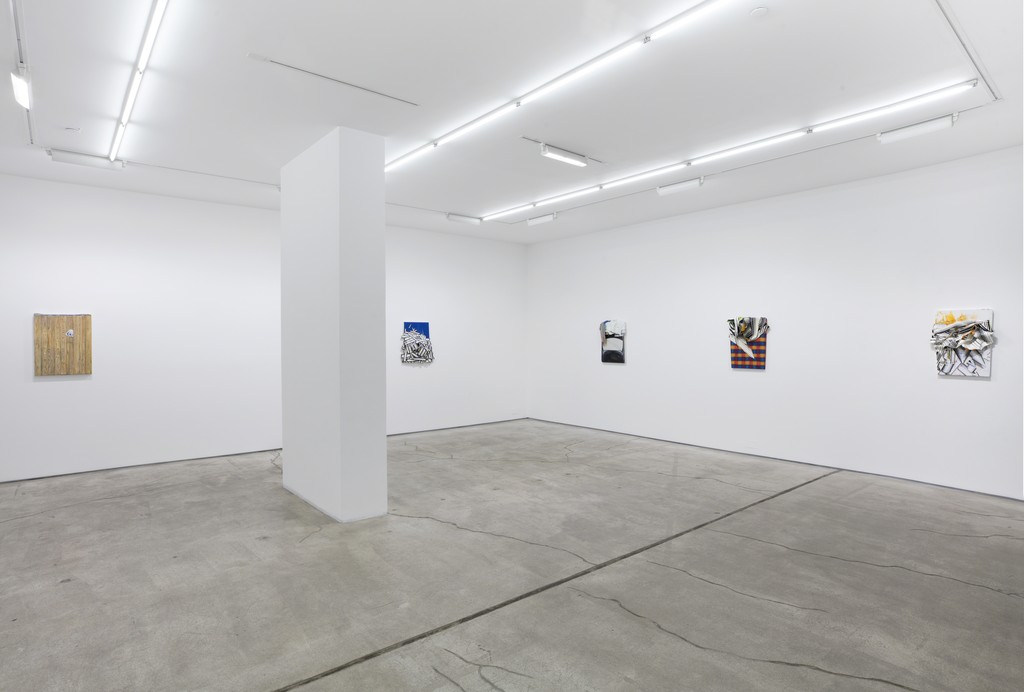 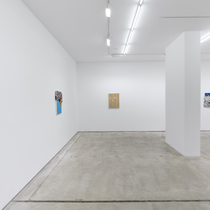 Jack Shainman Gallery is pleased to present Free Experience, an exhibition of new works by Leslie Wayne. This latest series expands upon the artist’s sculptural use of oil paint, in which pigment is layered to create both textured surfaces and illusionistic trompe l’oeil. Free Experience plays off the rectangular form of the picture plane to open up our perception of the medium, encouraging a new mode of seeing, one that privileges inventiveness and personal interpretation.
When Rosalind Krauss wrote her 1979 essay, “Sculpture in the Expanded Field” she was making a claim for how infinitely malleable the category of sculpture had become. So malleable in fact that critical historicizing had left the term sculpture without anchors to the very things that differentiated it from other three-dimensional objects, happenings, installations, performances, and the like. Yet in spite of this expanded idea of what it had become, one could never deny, she wrote, that it would always remain a “historically bounded category and not a universal one.” That is, one would always regard sculpture in relationship to the historical precedents set by writers and critics before them who normalized what was new and strange in their time.
One could make the same claim for painting today, that in spite of the myriad ways that painting currently presents itself, one still considers painting in relationship to its historical precedent, which is a picture on a two-dimensional plane.
In my previous series, entitled Paint/Rags, I built up thin layers of oil paint, lifting the sheets off their support and draping them onto armatures. The three-dimensional paintings took the literal form of draped cloth and became stand-ins for the objects they represented. I was interested in the ways in which painting as object could force a re-examining of the term painting by providing not a painted illusion of a rag, but an analogous experience to looking at a real one. This challenged the viewer’s perceptions, their assumptions about material, and their notions about the historical and cultural significance of such a humble object as a piece of cloth.
In Free Experience, I have returned to the figure-ground relationship as a way of exploring the range of possibilities for the representation of an illusion in as many different ways as possible, from trompe l’oeil to verisimilitude, while still remaining undeniably within the confines of a traditional painting. These paintings are a collision of abstraction and representation, of illusion and three-dimensional form. They are defined not so much by the shape of the objects they represent, but by the perceptual slippage between object and illusion. They are, like all my work, somewhere between sculpture and painting, and perhaps in Krauss’s view would simply be considered painting in the expanded field.
Looking at art is a free experience. It costs you nothing. But it should also be an experience that is free from encumbrances, one that inspires you to see the world as if for the very first time. But perception is a tricky thing. It is never without personal history. How do we see, what do we think we see? And what makes the experience of looking at a work of art so compelling? The answer lies outside of language, in that transformational moment between looking and seeing, between information and knowledge. In that moment before the need to translate the experience into language moves from the id to the ego. Seeing is indeed forgetting the name of the thing one sees.
Looking at art is also never without History with a capital H. In Krauss’s definition of the expanded field, which has now expanded so far as to include virtually anything, the artist’s challenge is not to reinvent the wheel per se, but to make the viewer feel as if they had never seen one before. To cut across the path of historicized wheels and offer up a wholly new experience of them.
-Leslie Wayne, New York City, 2017
Leslie Wayne was born in Germany and currently lives and works in New York, NY. Her work was recently included in the two-person exhibition, Africa on My Mind: Leslie Wayne and Malick Sidibé, on view at the Houston Museum of African American Culture, Houston, TX, April 28 – July 1, 2017.
Previous solo exhibitions include Exposition D’Automne at Institut Culturel Bernard Magrez, Château Labottière, Bordeaux, France (2016); Leslie Wayne at the Savannah College of Art and Design, GA (2014); and Leslie Wayne: Mind the Gap at the Abroms-Engel Institute of Visual Arts, Birmingham, AL (2014). In 2016, she was commissioned by MTA Arts for Transit to create a work for the Bay Parkway Station on the Culver Line.
This year, Wayne was awarded a John Simon Guggenheim Memorial Fellowship in Fine Arts and in 2016 was inducted into the National Academy, New York. Other honors include a Pollock-Krasner Foundation Grant; the Buhl Foundation Award for abstract photography; a New York Foundation for the Arts Fellowship in Painting and a Joan Mitchell Foundation Artist Grant. Her work is in numerous public collections such as the Birmingham Museum of Art, Birmingham, AL; the Neuberger Museum of Art, Purchase, NY; La Colección Jumex, Mexico; the Fondation Cartier pour l’art contemporain, Paris, France; the Museum of Contemporary Art, North Miami, FL and the Portland Museum of Art, Portland, OR.

Free Experience is accompanied by an exhibition catalogue.