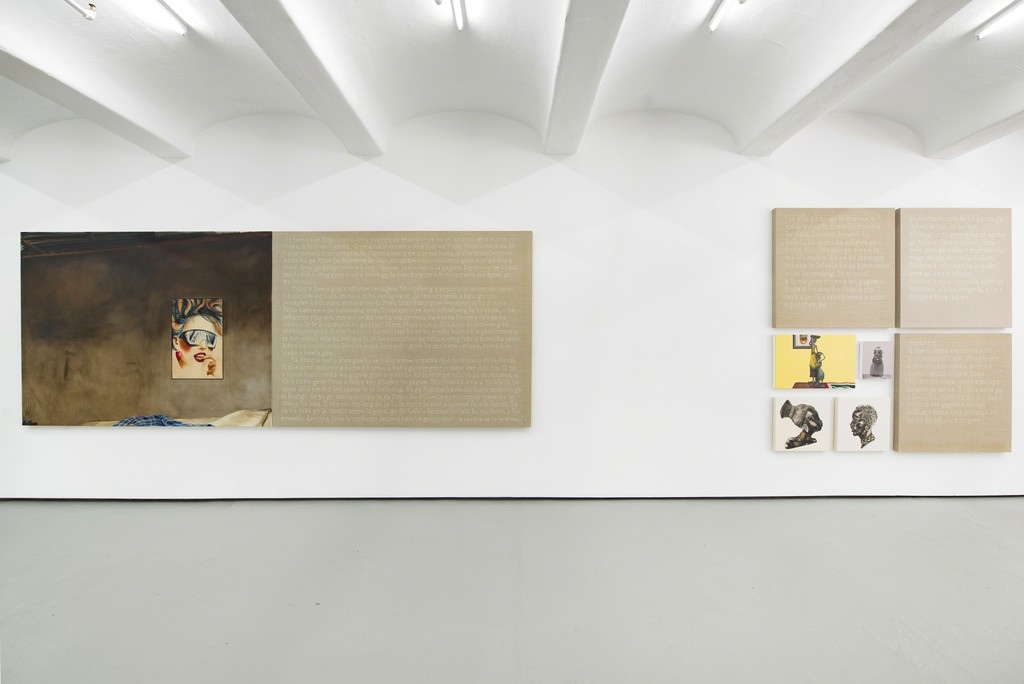 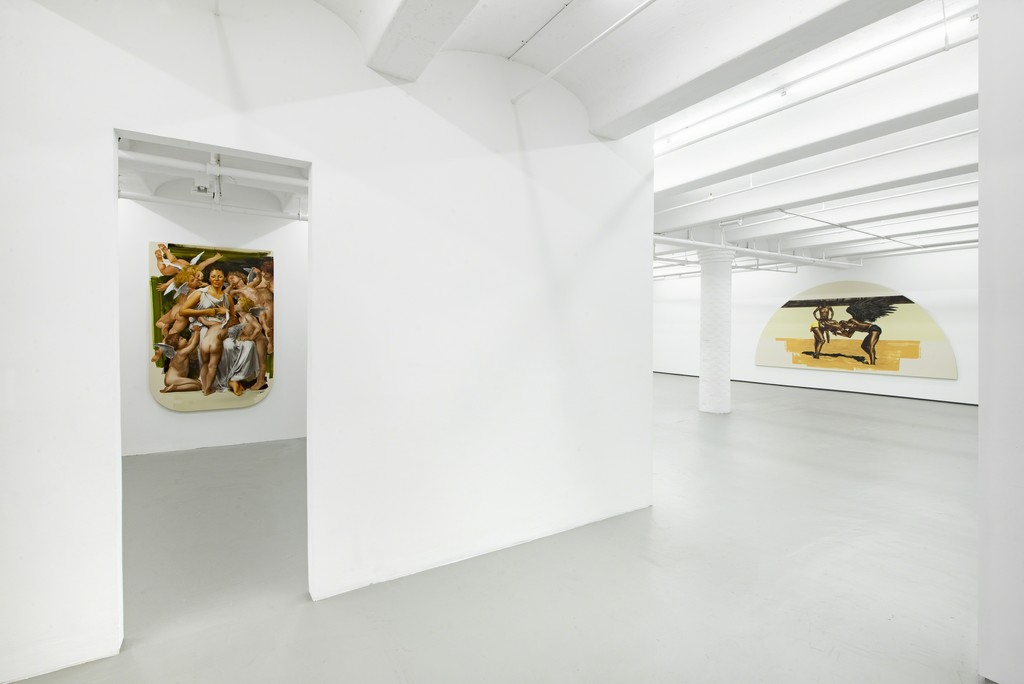 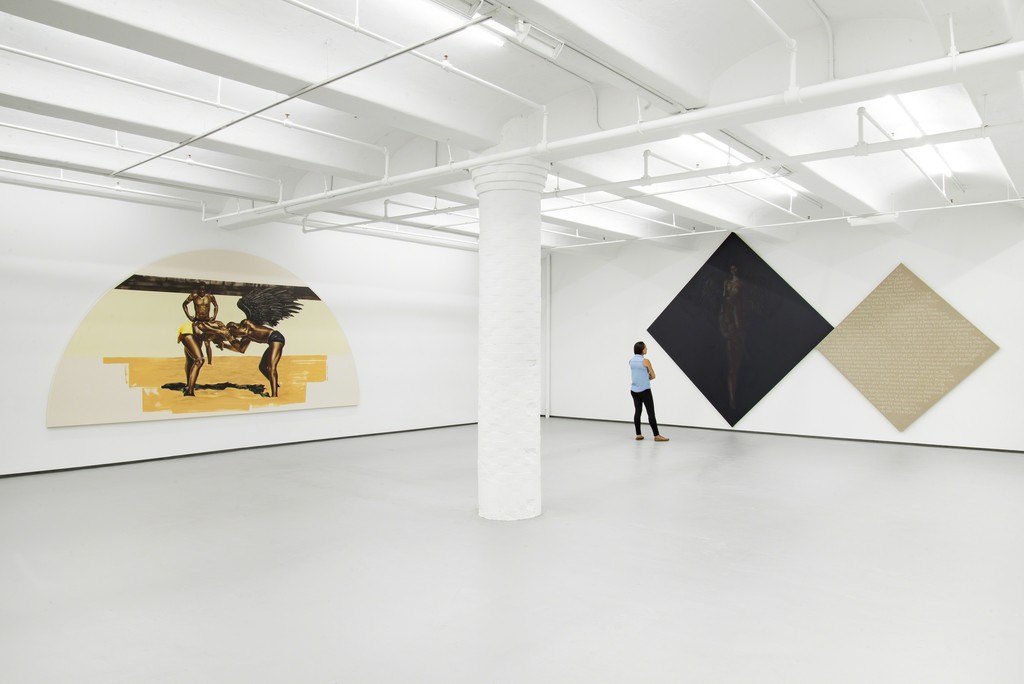 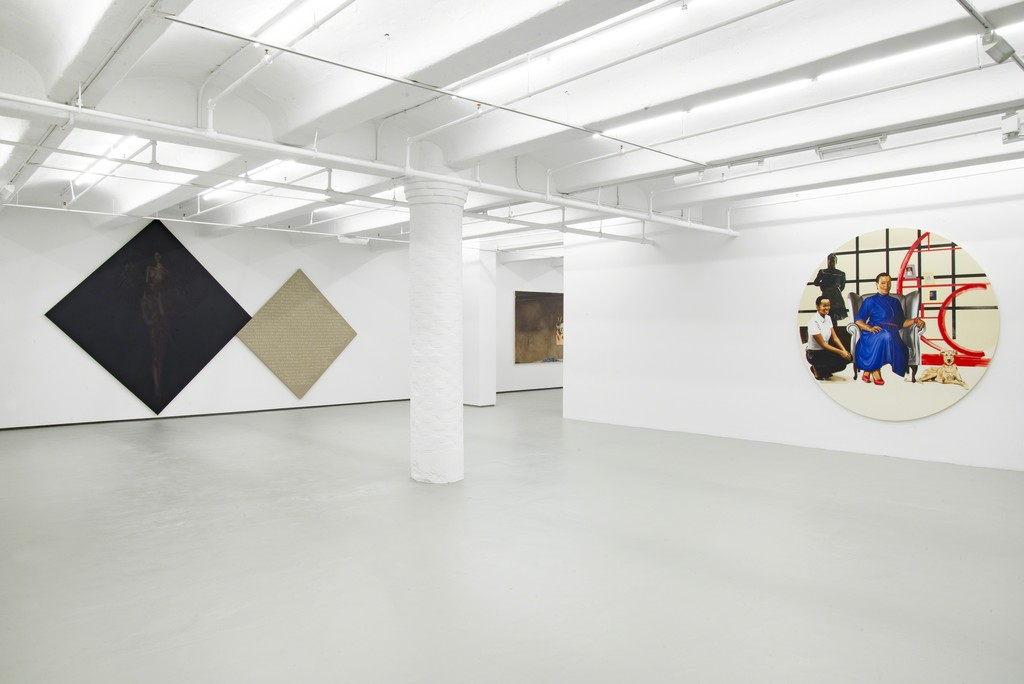 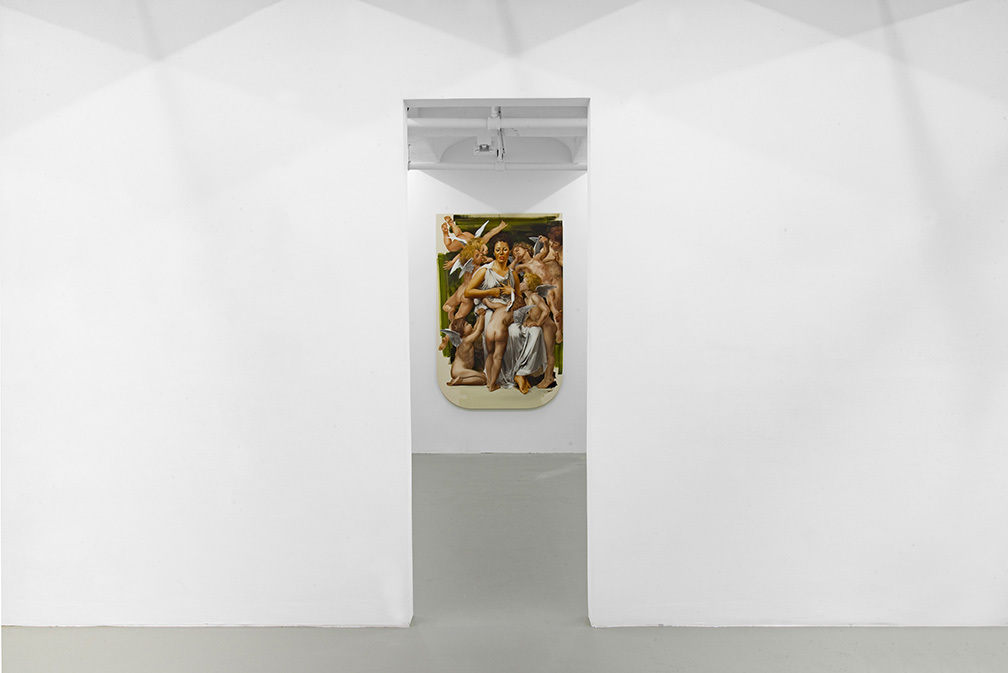 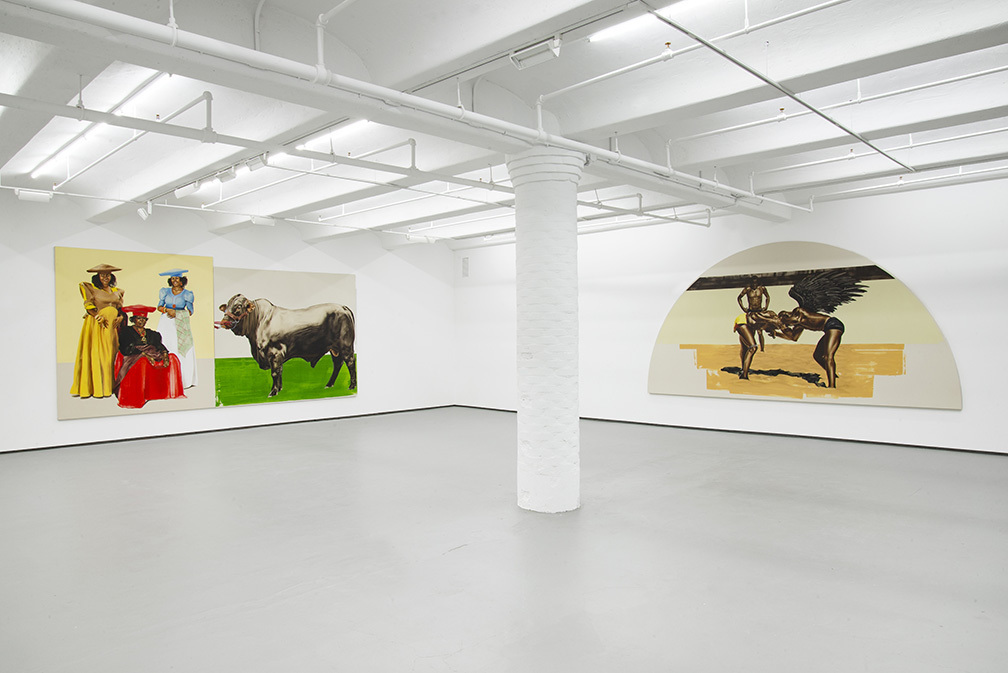 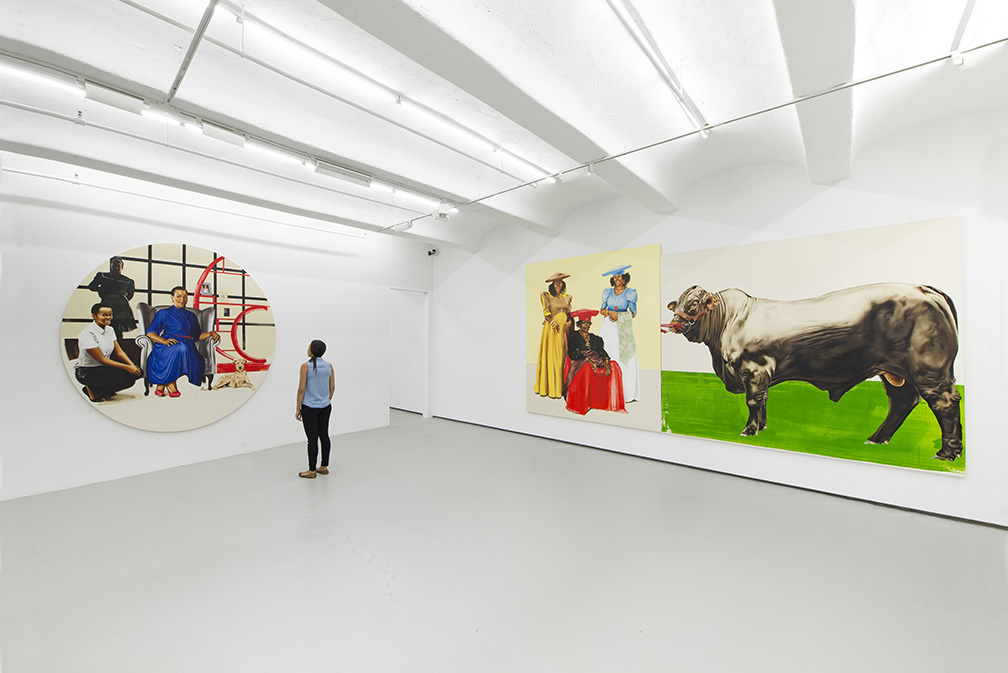 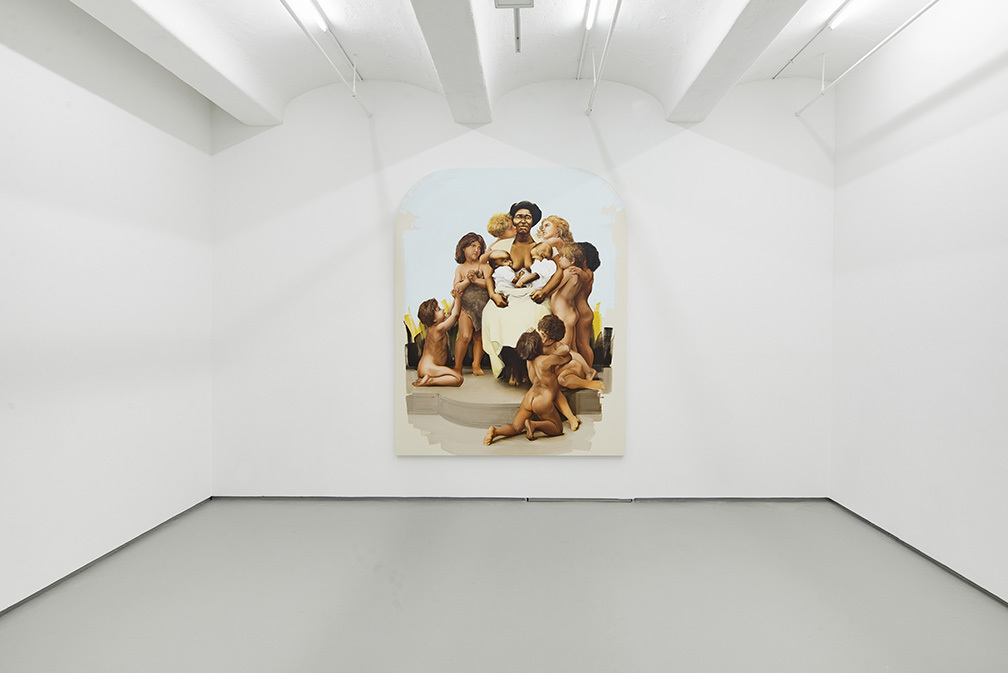 Jack Shainman Gallery is pleased to announce two solo exhibitions featuring new work by Meleko Mokgosi, his first solo presentation in New York City. “Comrades II” is featured at our 24th Street gallery while “Lerato” is on view at our 20th Street location. Both are distinct chapters from Democratic Intuition (2014-present), a body of work whose earlier iteration was exhibited at the ICA Boston in 2015. Coupling written text with imagery in a series of large-scale paintings, “Comrades II” continues Mokgosi’s examination of the historical, aesthetic and conceptual links between southern African liberation movements and communism, while “Lerato” is centered on the concepts of allegory and lerato, the Setswana word that roughly translates as “love.”

Democratic Intuition as a whole poses questions about how one can approach ideas of the democratic, founded on the simultaneous recognition of alterity and ipseity, in relation to the daily-lived experiences of the subjects that occupy southern Africa. The project focuses on the ways in which democracy is something that is inscribed within the individual from various institutions and how without access to the knowledge of how to use the state and its apparatuses, a subject can forgo claims to democracy. Together, these chapters seek to uncover the manner in which individuals invest intense emotional energy into others and objects and how these investments play out in relation to the democratic.

“Lerato”, produced over a two-year period, was developed around ideas of allegory and lerato (love) and used William-Adolphe Bouguereau’s paintings as a compositional case study. The impetus was to experiment with visual and narrative strategies that did not depend on sequential expectations. For Mokgosi, a viewer cannot help but be cognizant of the method of reading and interpretation at the moment he or she begins to engage with any allegorical narrative (whether visual or textual). Defined as “a narrative whose outward appearance is contrived to suggest a hidden meaning” – allegories always involve a re-writing or re-imagining of preexisting texts. Added to this inquiry, and perhaps more importantly, is the unacknowledged fact that William-Adolphe Bouguereau produced paintings, such as The Motherland (1883), during the Scramble for Africa at the turn of the 20th century. Mokgosi uses this coincidence to highlight how the grand narratives of history can be unsettled through the concept of historicity:

Broadly speaking, historicity strategically argues that history is not something that happens, but as something that unfolds in different directions yet folds the subject into these multiple directions. History, then, is not an event or collections of events, but rather a number of “unfoldings” that bear the mark of things before. So I tend to think of history as something that is always already present. And language plays a key part too, which is why I did not want to translate the word lerato. My reservation about translation has to do with the fact that translation—as a process that tries to close the gap between two languages—is based on Western conventions (here anthropological, there ethnographic) of reality, representation and knowledge. Beyond these old politics within history, the words love and lerato differ in that the Setswana word is commonly used as a proper noun for women. The same cannot be said for the word love, which although poetic, is limited to every other world except for the one in which it can be used daily as a proper noun to summon a mother’s child. Lerato is compelling to me because it is not an abstract and poetic concept that is supposedly opaque and fleeting, but rather it is as concrete as any human subject.

Mokgosi received his BA from Williams College in 2007 and participated in the Whitney Museum of American Art’s Independent Study program that same year. He then received his MFA from the Interdisciplinary Studio Program at the University of California Los Angeles in 2011, and was an Artist in Residence at the Studio Museum in Harlem from 2011-2012.