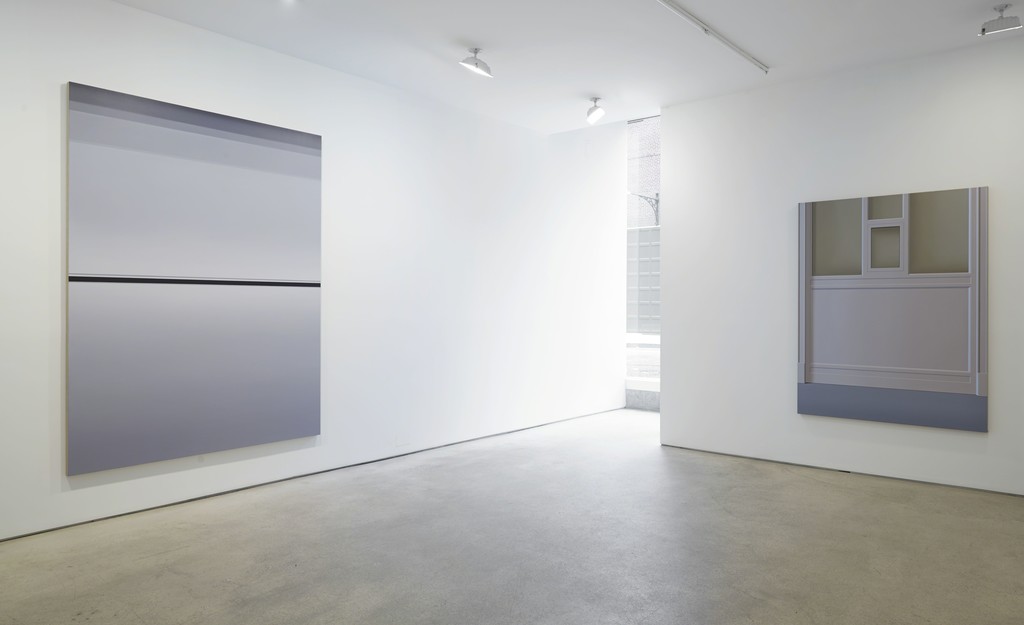 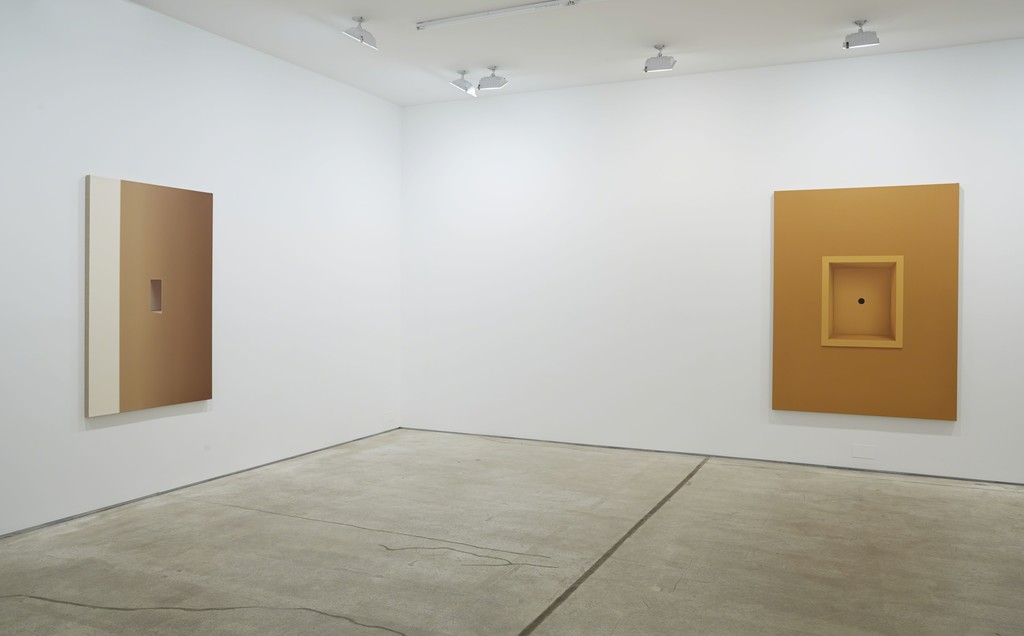 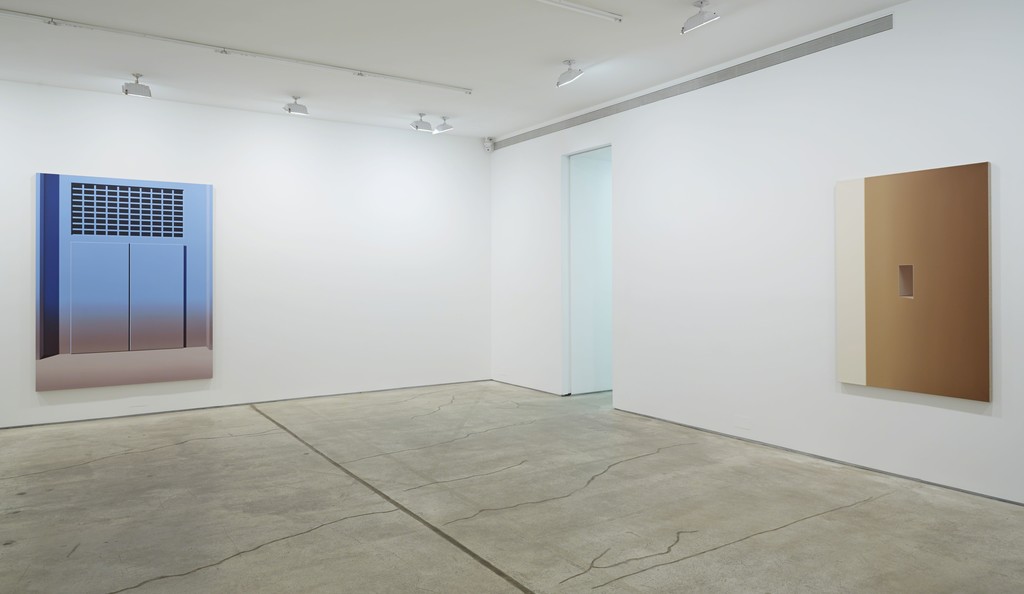 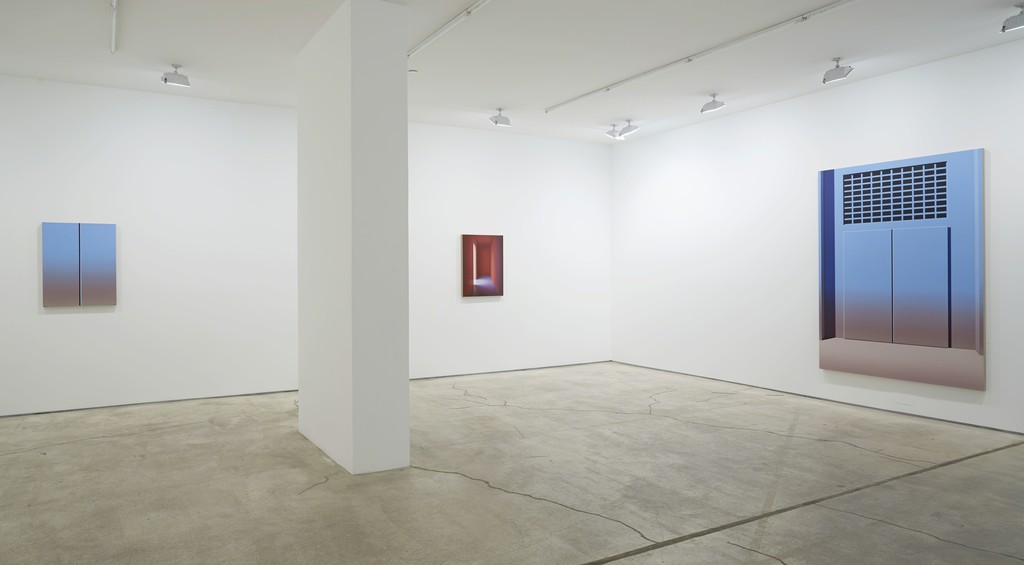 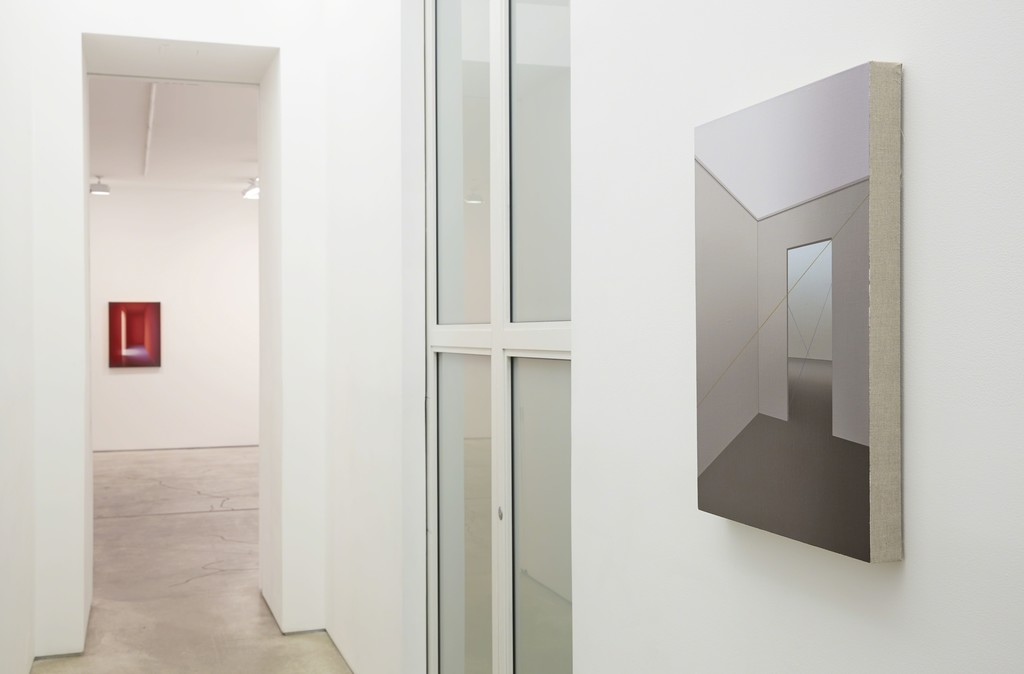 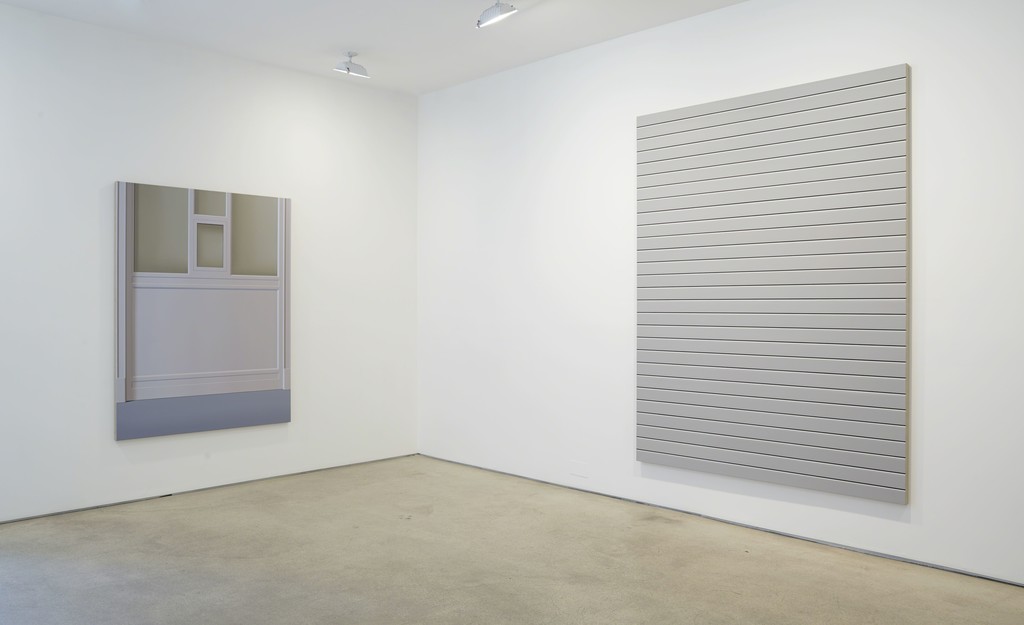 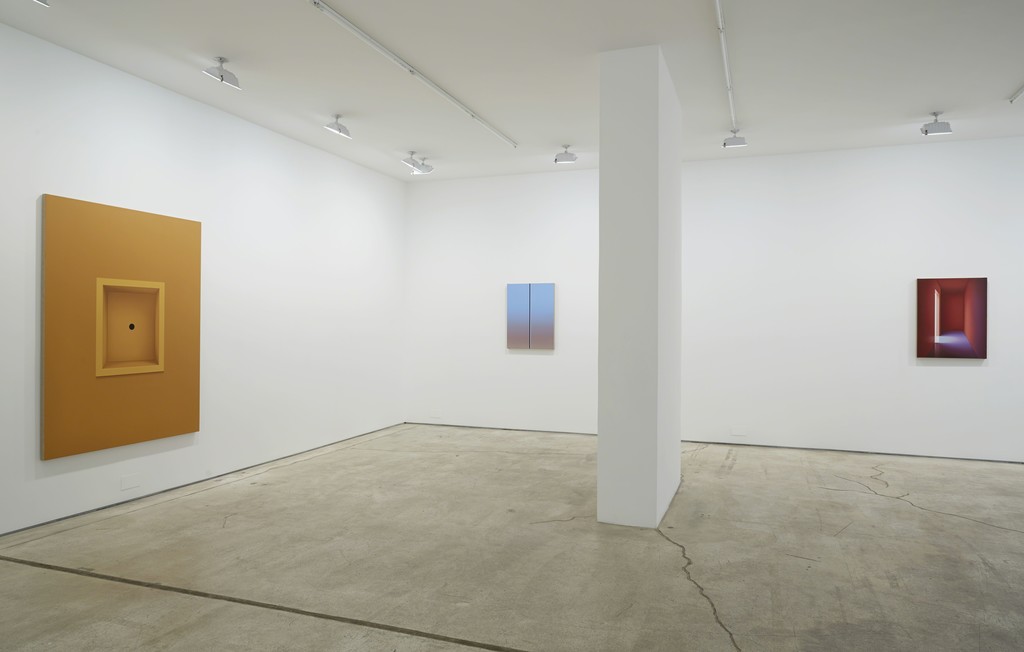 Jack Shainman Gallery is pleased to present a solo exhibition of new paintings by Pierre Dorion. The show includes works which mark Dorion’s continued engagement with, and exploration of, architectural spaces, especially those of galleries and museums. From a Nicaraguan storefront in the afternoon sun to the shut gate of an art gallery, these paintings play with the tension between representation and abstraction.

Dorion’s process begins by photographing a myriad of exterior and interior architectural elements that fascinate him. He then selects photos to translate into paintings, and through the use of light and the elimination of detail, creates highly minimal, and frequently monochromatic compositions. In a 2013 Artdaily.org interview, Dorion explains his recent work as follows: “In the last few years, I’ve worked extensively from photographs that I’ve taken in galleries or museums on various trips and that consequently include certain works or fragments of works. My preference is for formally spare, very minimalist works, in which the boundaries between architecture and the artwork fade away in the painting.” Dorion’s paintings are imbued with an uncanny emptiness that distills fragments of reality, drawing influences from the history of the medium to engage in a conversation on Minimalism and abstraction.

Dorion’s exploration of Minimalism in this exhibition of new paintings is twofold as he both depicts works by well-known Minimalist artists and renders architectural spaces using the Minimalist tropes of non-expressivity, expansive color fields and gradients, and stark geometry. In his larger works, such as Untitled (BG), 2013, and Dusk IV, 2014, Dorion extracts details from architectural spaces which he has photographed in order to strip them of any particularity. These details become abstracted to such a degree that their ambiguity challenges representation; Untitled (BG) abstracts the doors of a freight elevator into a study in gray color fields. His smaller works depict installations of purely Minimalist work. Untitled (FS), 2014, shows an exhibition space with works by Fred Sandback. More than a mere illustration these paintings blend the architectural minimalism of the exhibition spaces with the Minimalist artworks on display. This creates a composition in which figure-ground distinctions are flattened resulting in a melancholic mysteriousness. By breaking down the boundaries between art and architecture and quoting Minimalist tropes, Dorion’s paintings create a tension between what is apparent at first sight and what is obscured, and between the surface and depth of the work itself.