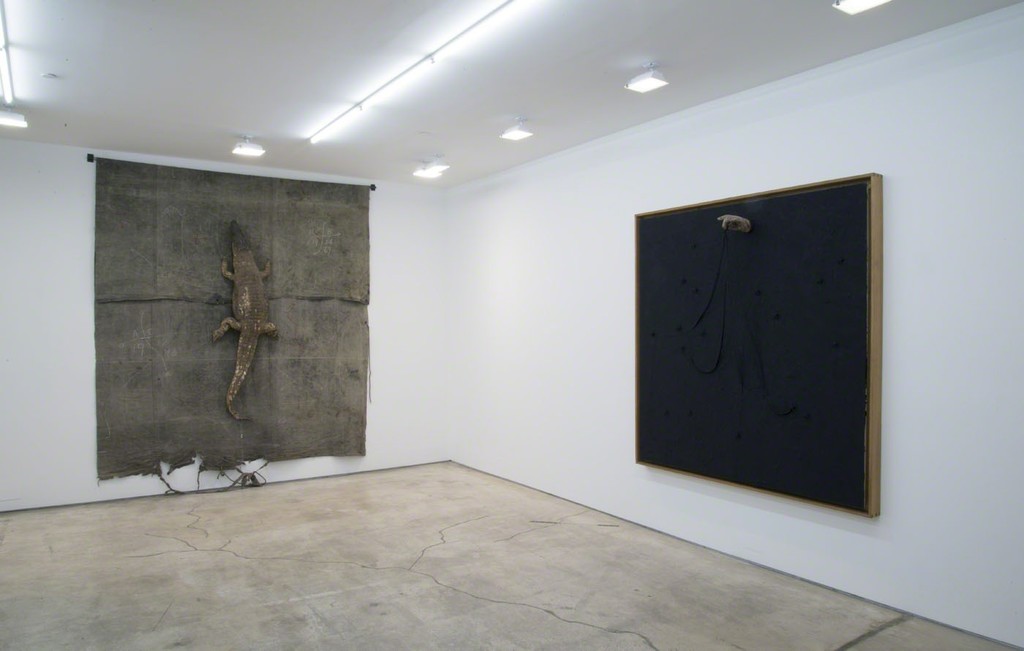 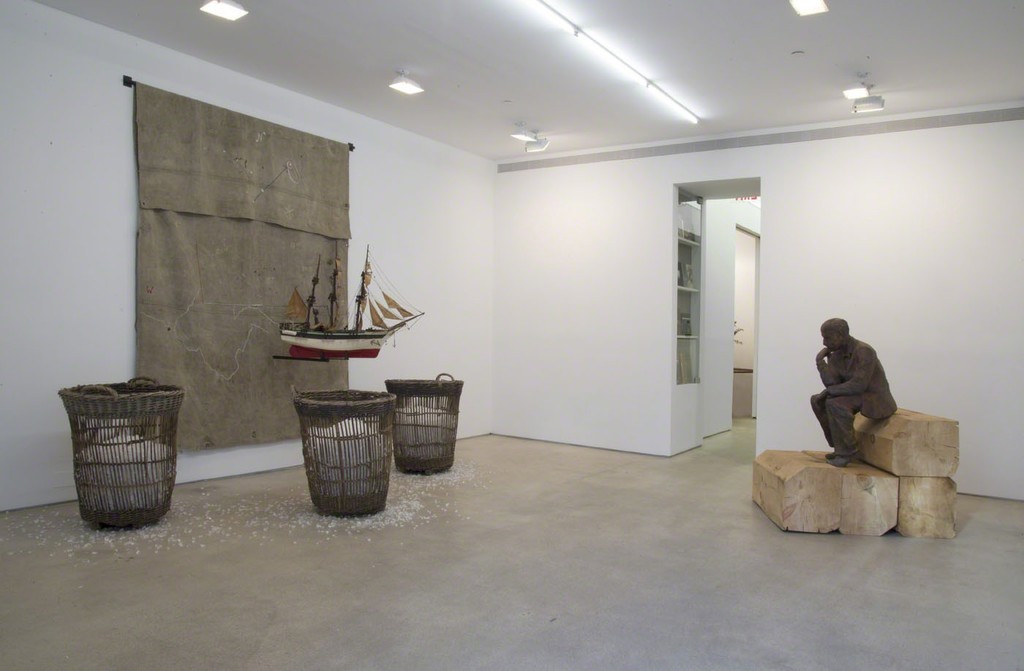 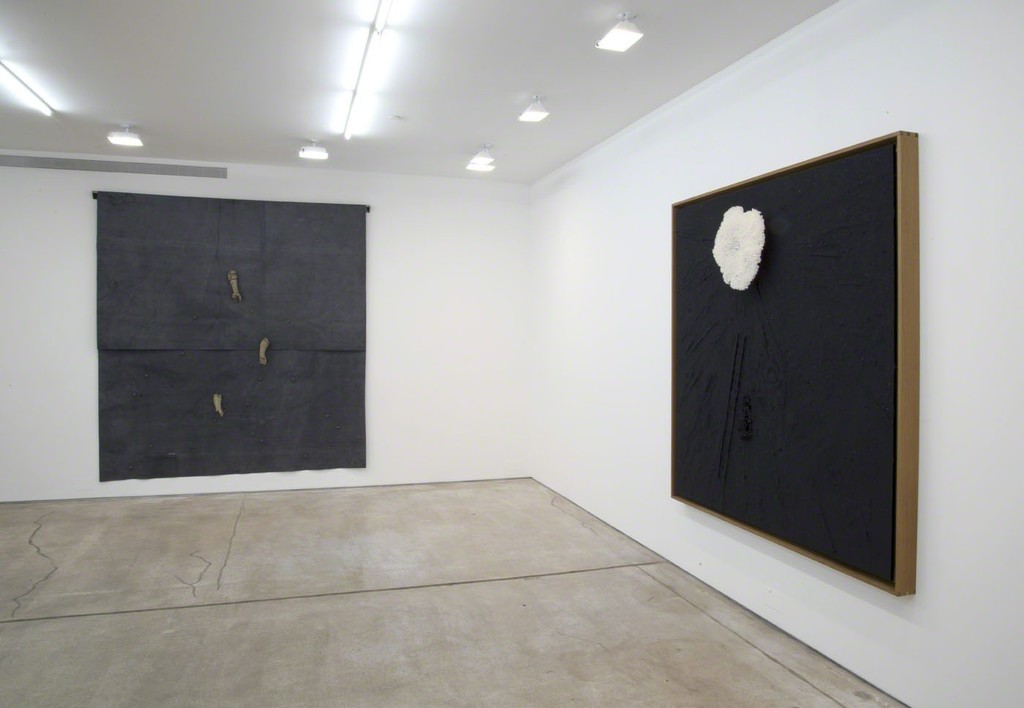 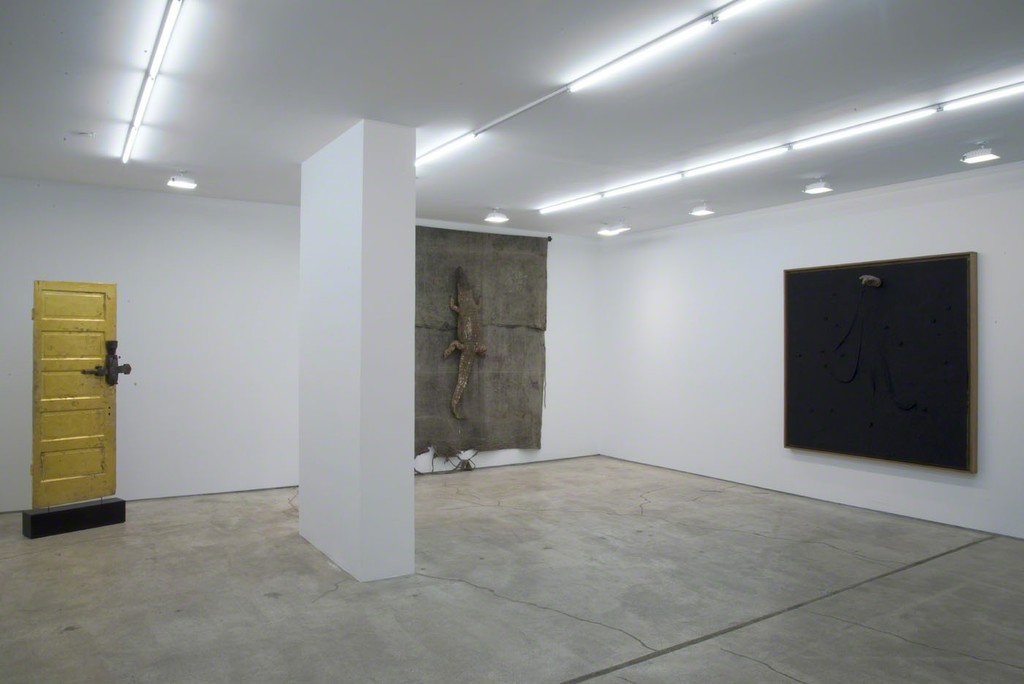 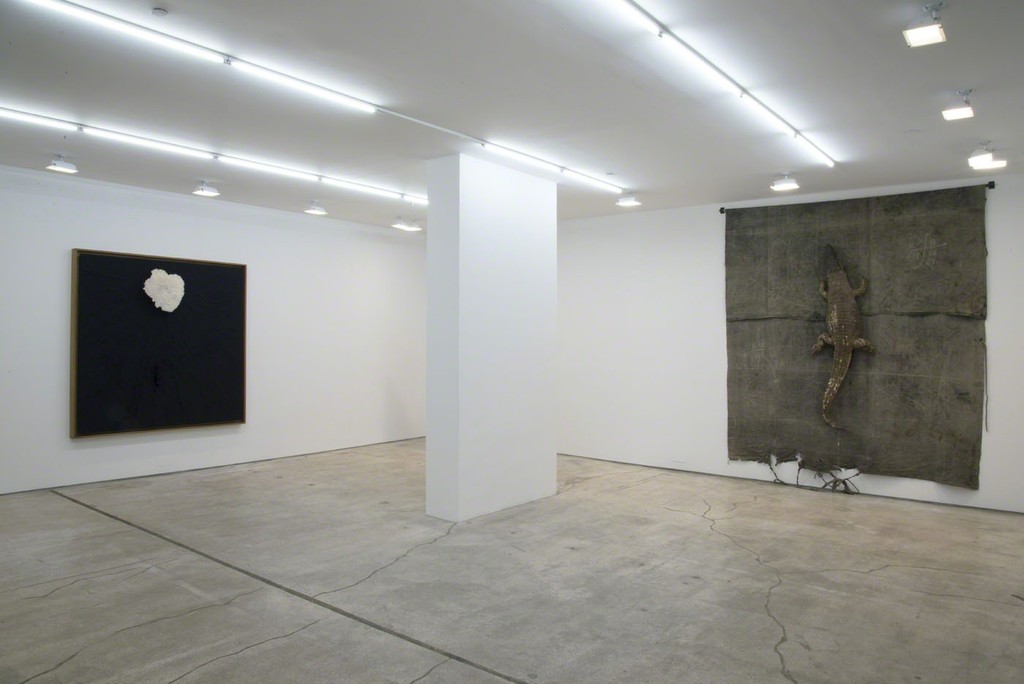 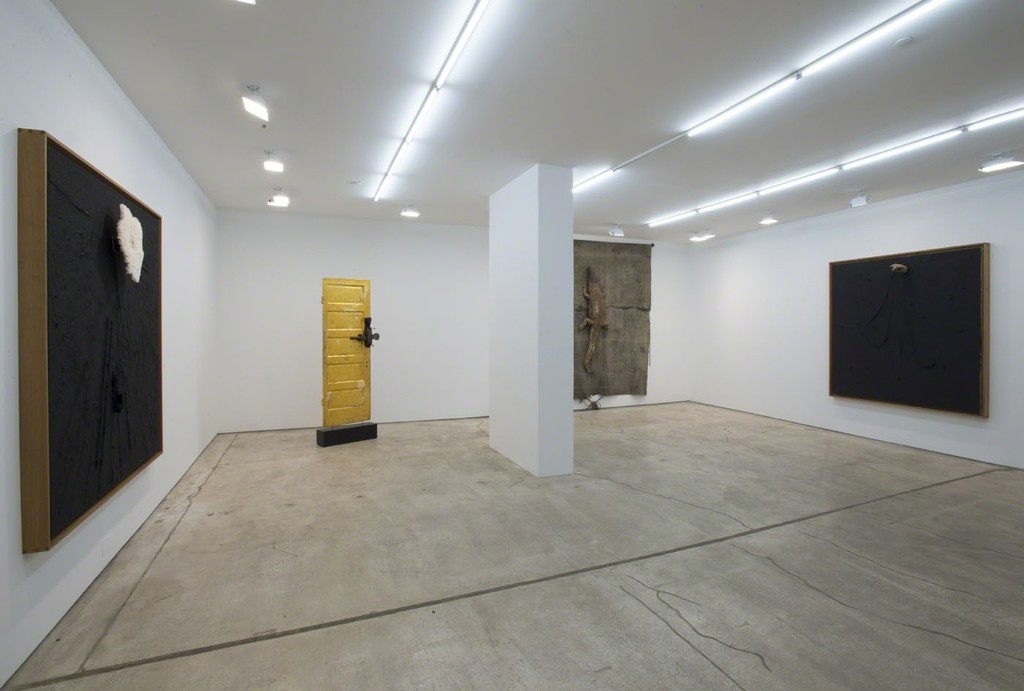 Jack Shainman Gallery is pleased to announce Maroons, an exhibition of new works by Radcliffe Bailey. Bronze, steel, wood, rubber, paint, soil, glass and found objects are among the many materials Bailey employs in his multidisciplinary practice.

Moving primarily between the mediums of sculpture and painting, Bailey explores the complexity of history, memory and contemporary identity. Referencing the Maroon communities of escaped African slaves who traveled throughout the Americas to form free settlements as a means to probe diasporic displacement and migration, he builds material for new narratives and projections of the past.

In Clotilde, Bailey layers shapes and cutouts of ladders, train tracks, paddles and machetes under heavy coats of black sand, conjuring tools and symbols of resistance and movement. A spherical piece of coral marks the site of a heavy directional pull, at once making inference to the deep sea, specifically the Trans-Atlantic waters, land and the galactic expanse of a sparkling sky. Bailey uses the seductive beauty of the object as a point of entry into an entanglement of narratives.

Pensive is a bronze sculpture of writer, scholar and activist W.E.B. Du Bois sitting on roughly cut blocks of wood in the position of Auguste Rodin's iconic work The Thinker. It is a meditation on "double consciousness," a term coined in the section titled "Of Our Spiritual Strivings" in Du Bois' seminal work, "The Souls of Black Folk," that describes a second sense of self that is seen through the eyes of others. Like a Blues musician, Bailey weaves together an amalgamation of the spiritual, cathartic, prophetic and devotional.

Bailey describes his process of working as a simultaneous exploration into the past, present and future. Using elegant formalism as a mechanism to address questions of social and historical concerns, he employs what Carol Thompson describes in "Memory as Medicine" as an aesthetic action with a poetic resonance.