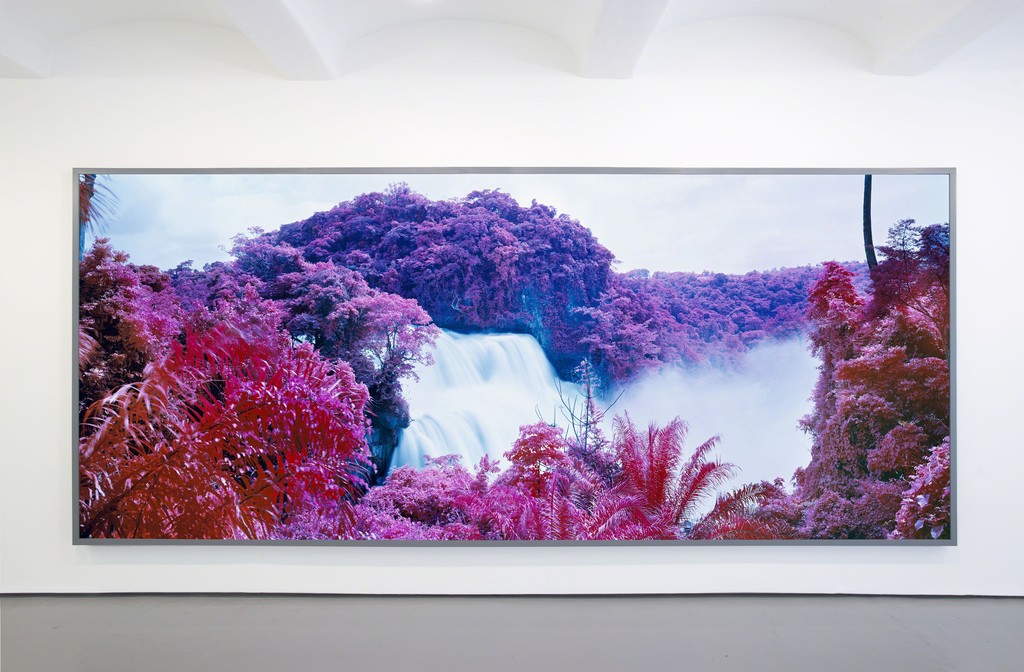 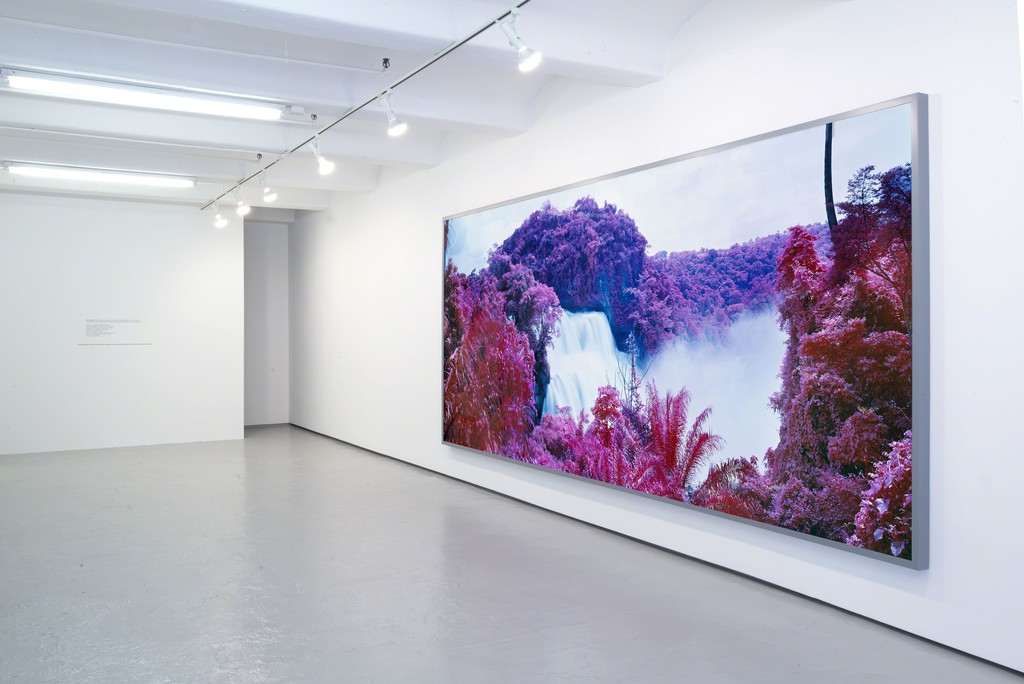 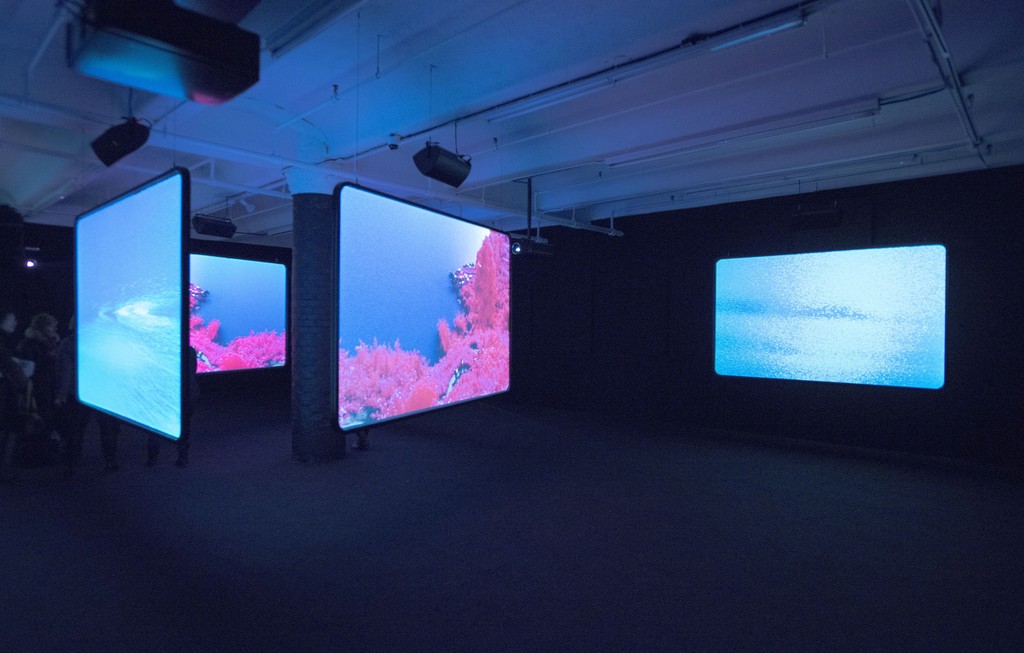 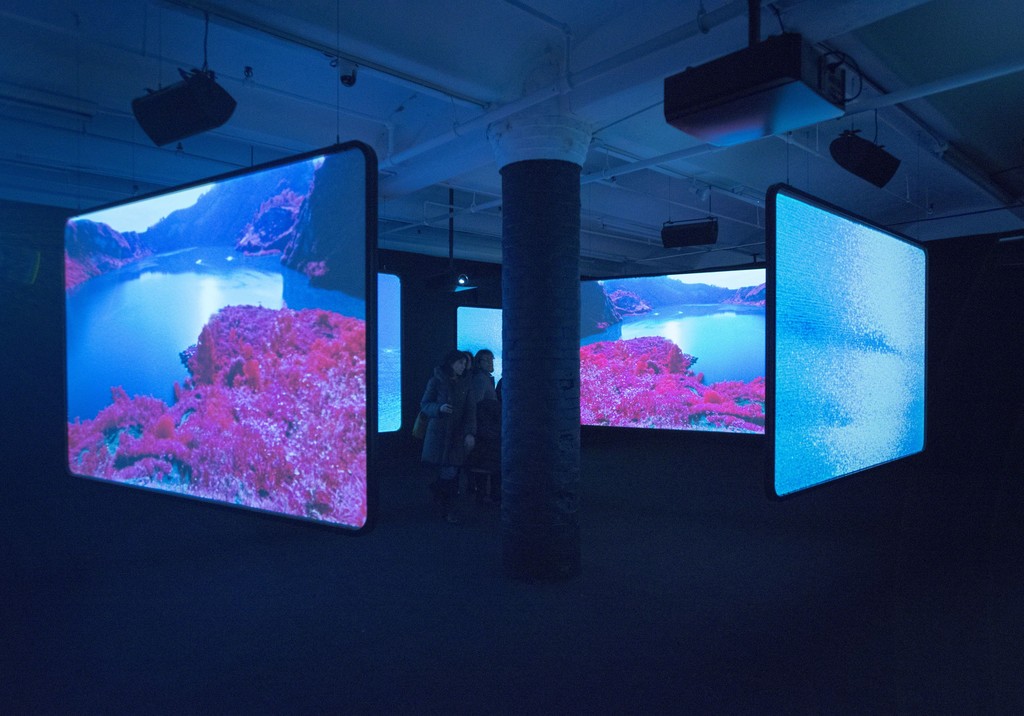 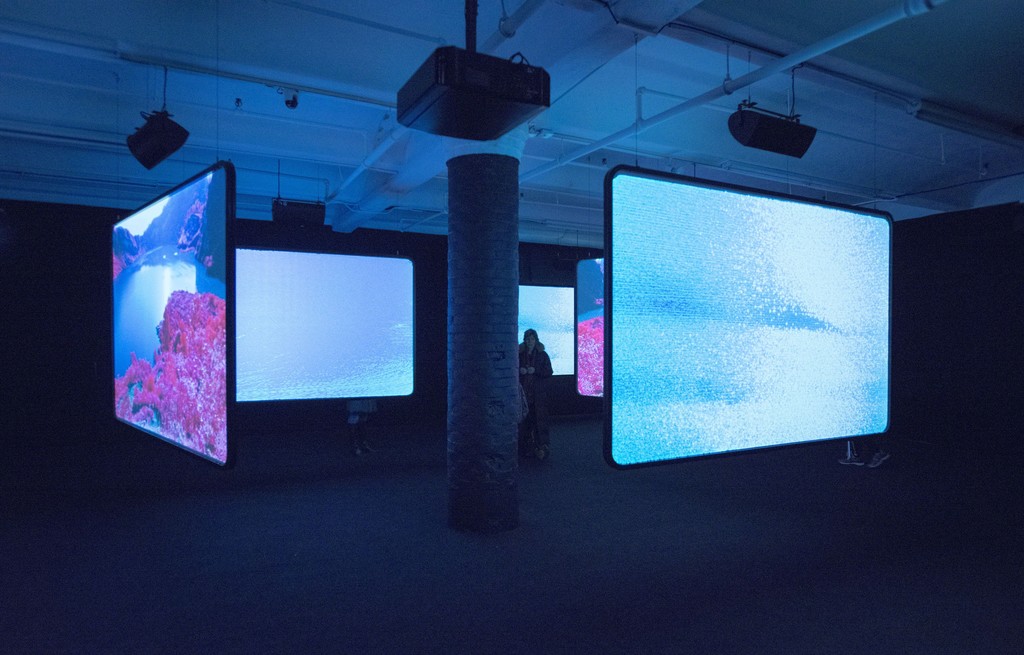 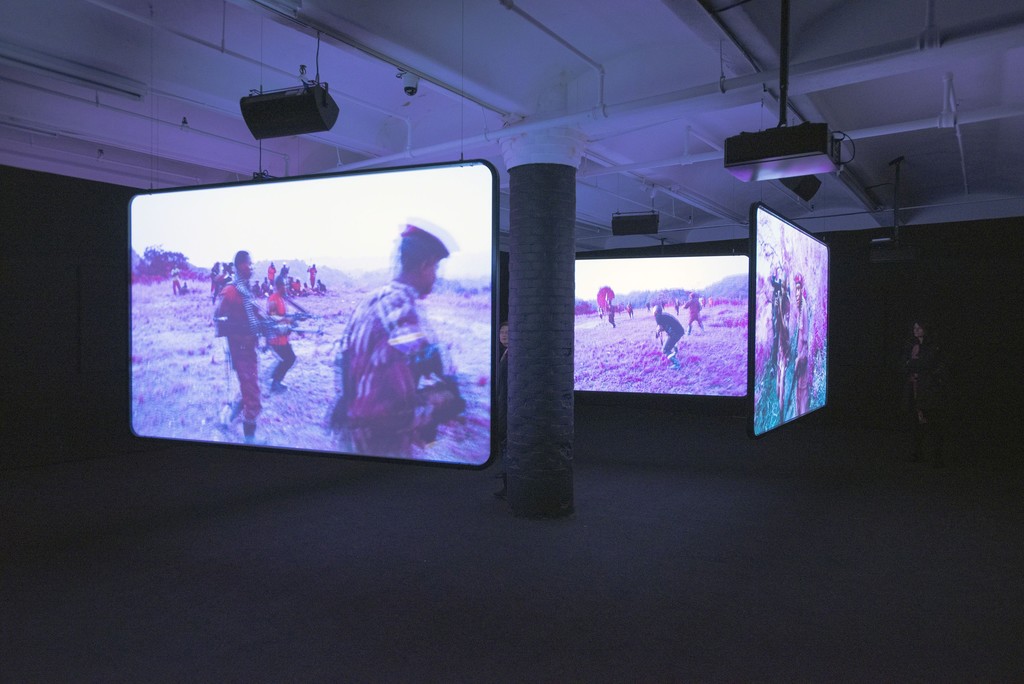 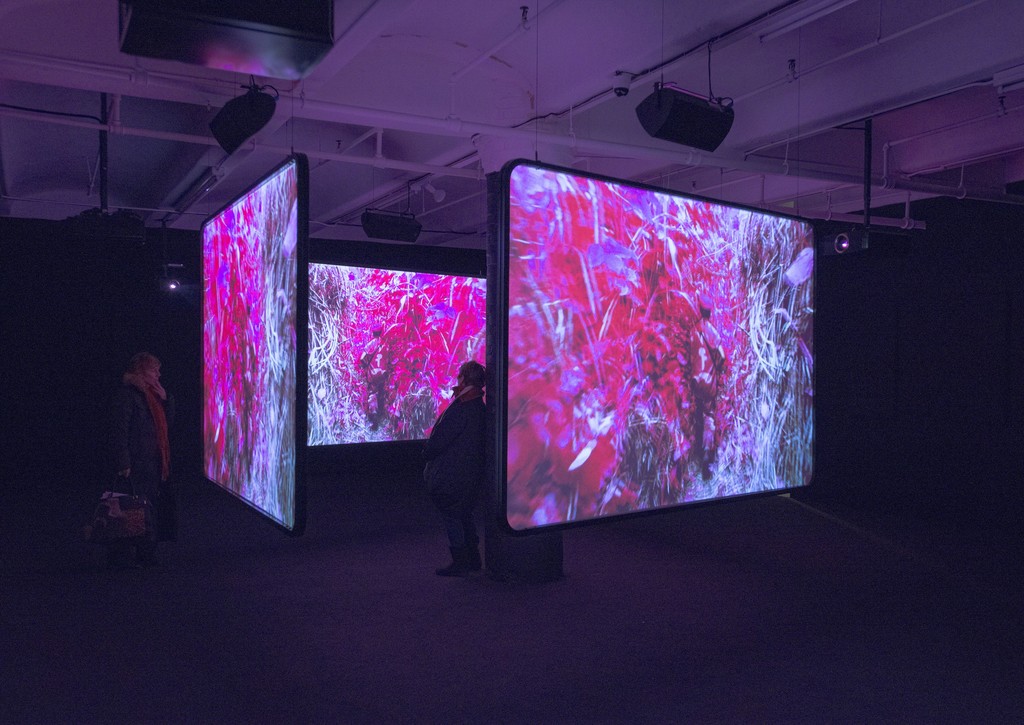 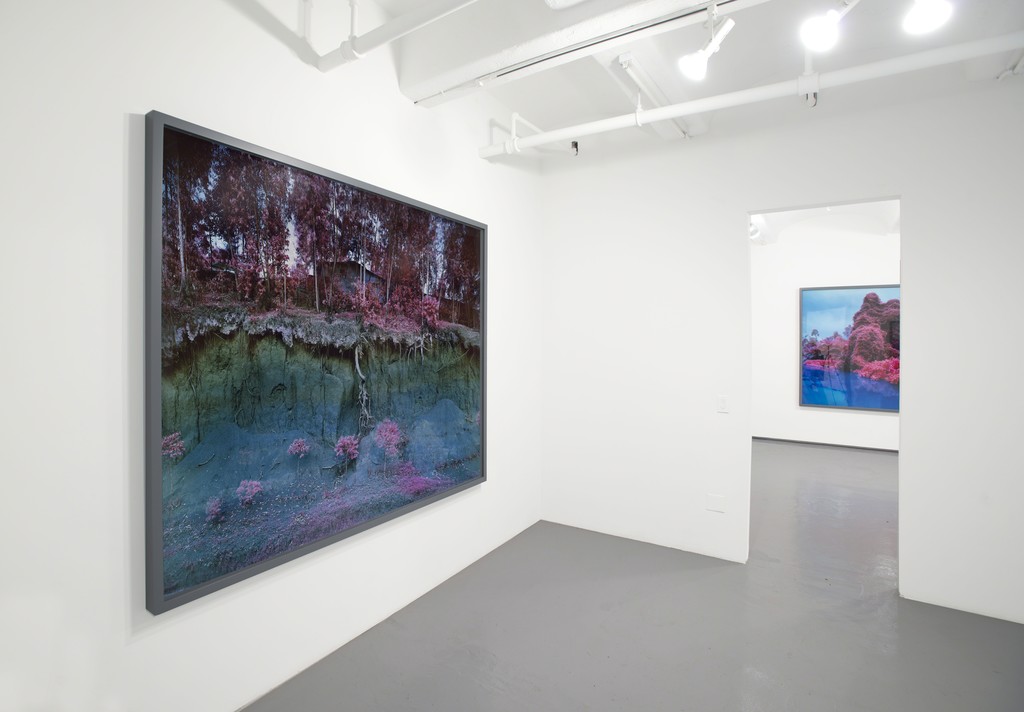 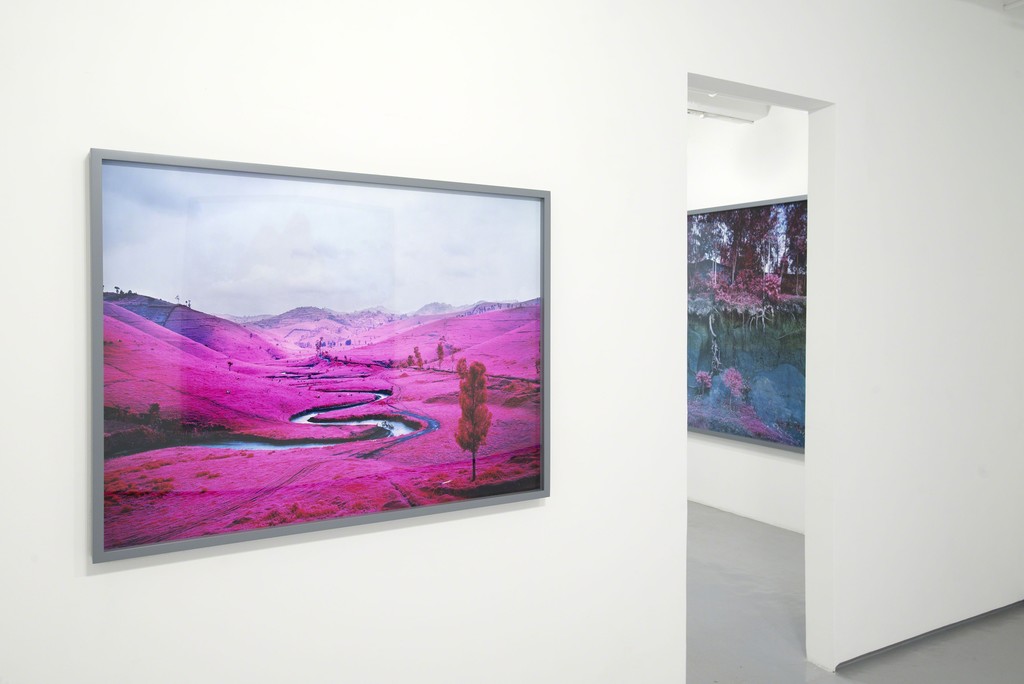 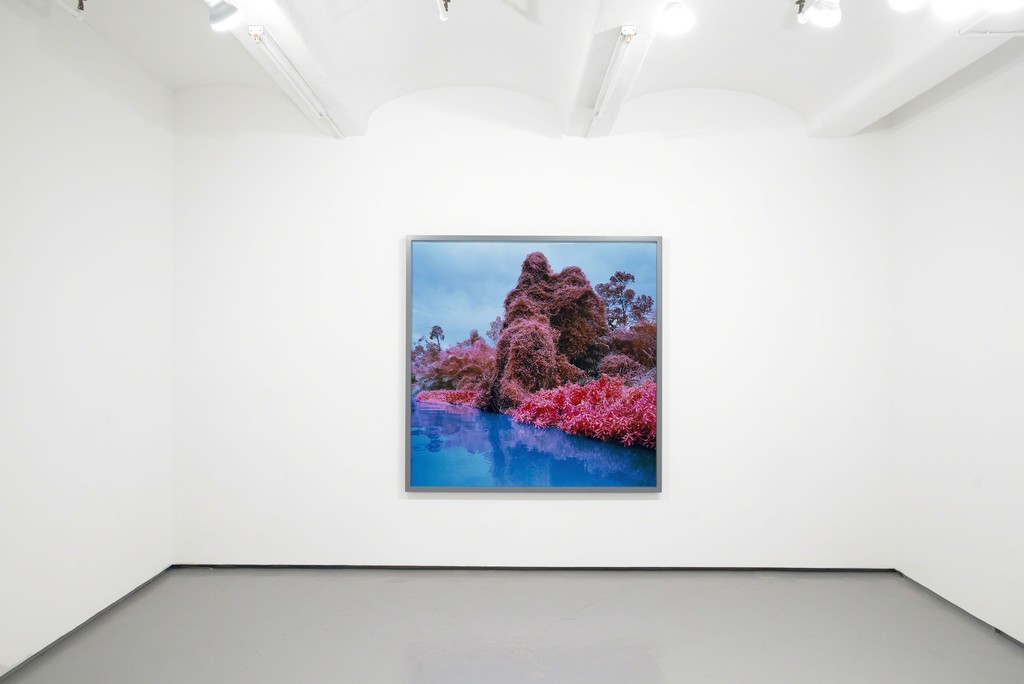 Jack Shainman Gallery is pleased to present the US premiere of The Enclave, a major six-channel video installation by Richard Mosse which represented Ireland at the 55th Venice Biennale. The Enclave is the culmination of Mosse’s work in eastern Democratic Republic of Congo.

Mosse was drawn to eastern Congo because of the inherent problems of representing its cancerous cycle of war. Struck by the absence of a concrete trace of the conflict on the landscape, Mosse documented rebel enclaves and sites of human rights violations in a way which attempts to overturn traditional realism, and see beneath the surface.

Using an extinct type of infrared film once employed by the military to detect camouflaged installations from the air, Mosse renders ‘The Heart of Darkness’ in irradiating Technicolor. With a significantly slower life than images constructed by photojournalism, Mosse’s highly aesthetic approach considers problematic imagery from an oblique angle that strategically allows a different temporality in seeing.

Mosse embraces the infrared medium’s subtle shift in wavelength in an attempt to challenge documentary photography, and engage with the unseen, hidden and intangible aspects of eastern Congo’s situation – a tragically overlooked conflict in which 5.4 million people have died of war related causes since 1998.

To produce The Enclave, Mosse worked with the cinematographer Trevor Tweeten to evolve a style of long tracking shot made with Steadicam, resulting in a spectral, disembodied gaze shot on 16mm infrared film. The piece’s haunting, visceral soundscape is layered spatially by eleven point surround sound, composed by Ben Frost from recordings gathered in North and South Kivu.

The Enclave comprises six monumental double-sided screens installed in a large darkened chamber creating a physically immersive experience. This disorienting and kaleidoscopic installation is intended to formally parallel eastern Congo’s multifaceted conflict, confounding expectations and forcing the viewer to interact spatially from an array of differing viewpoints. The Enclave is an experiential environment that attempts to reconfigure the dictates of photojournalism and expanded video art.