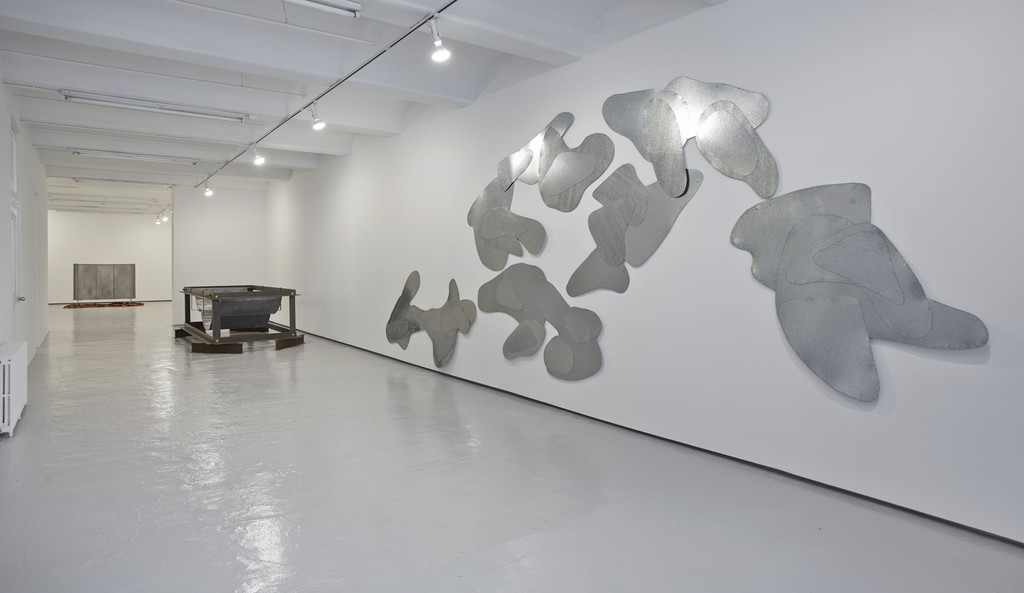 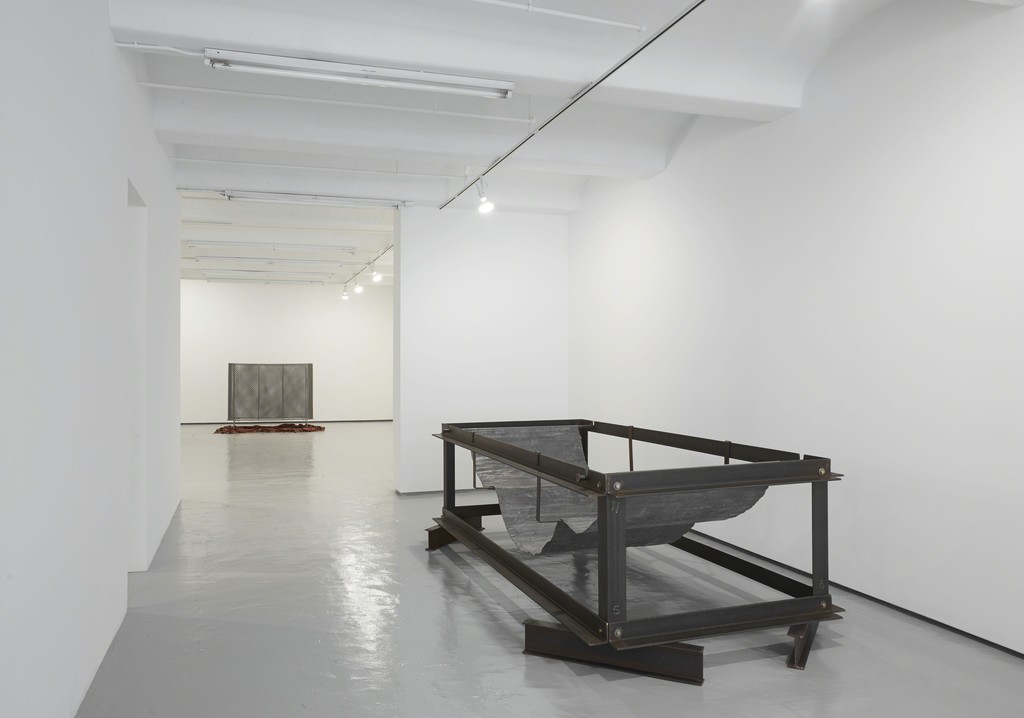 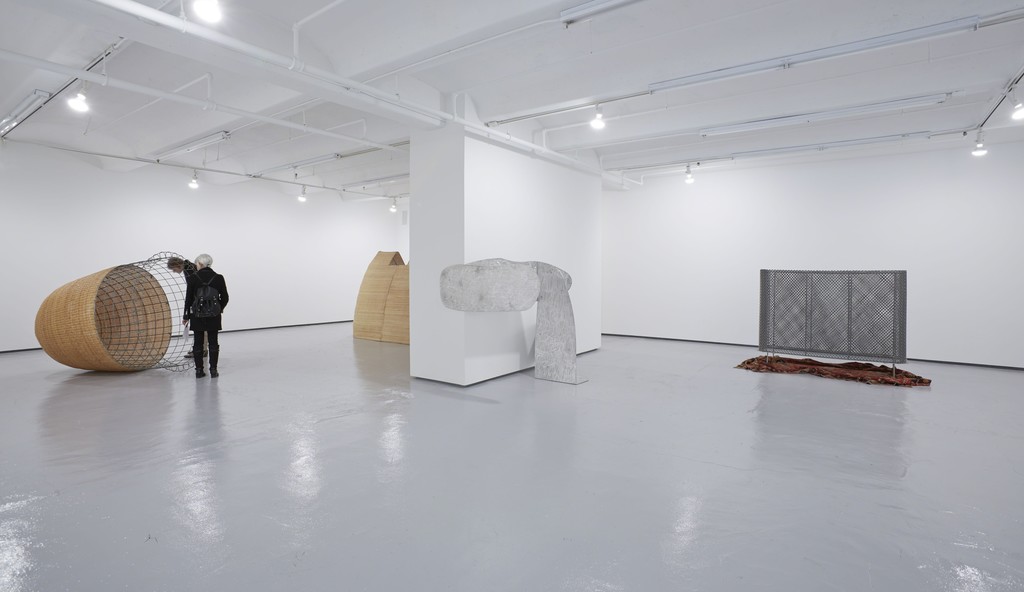 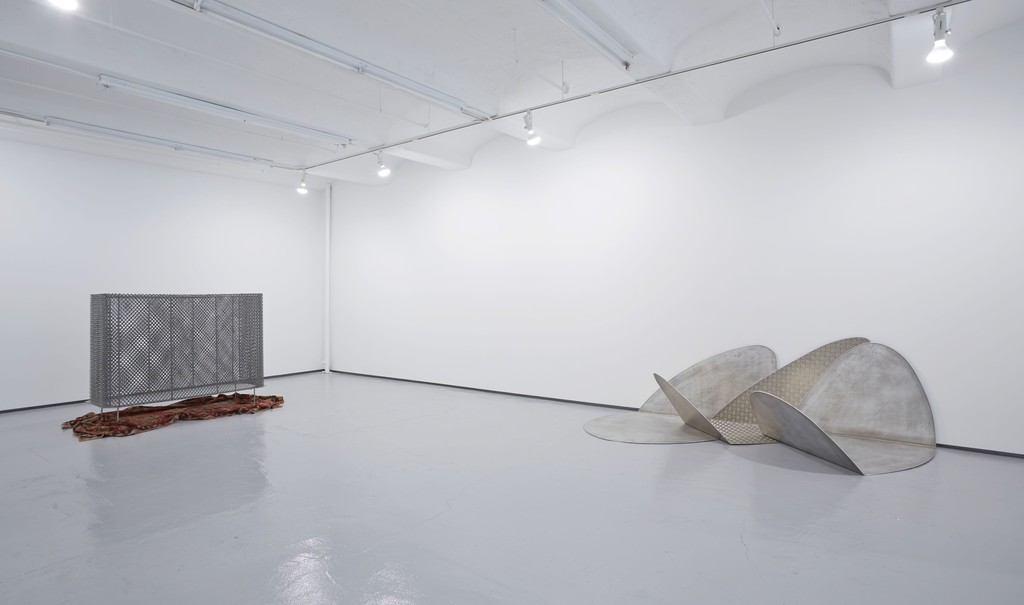 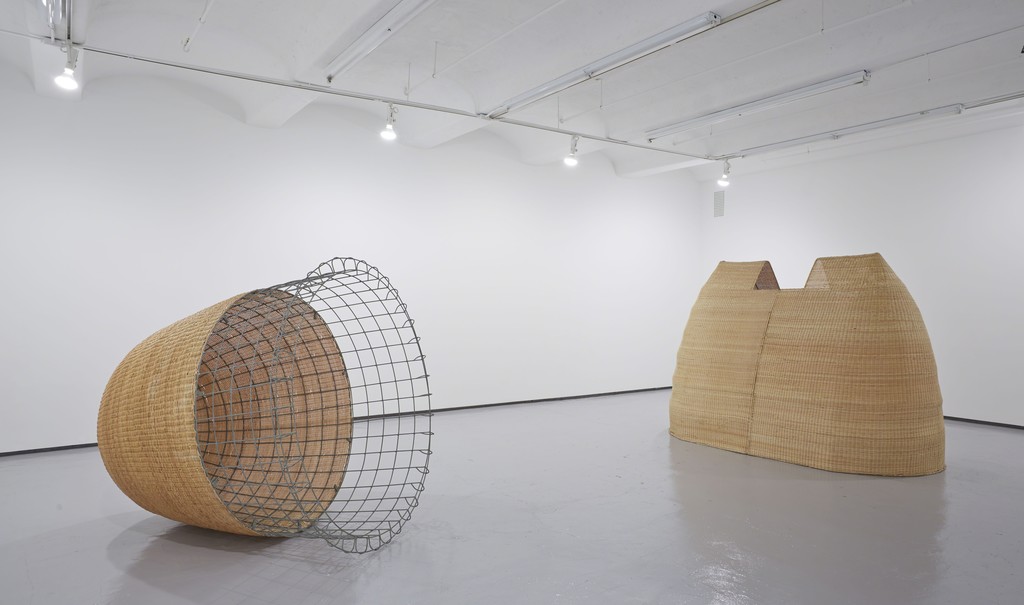 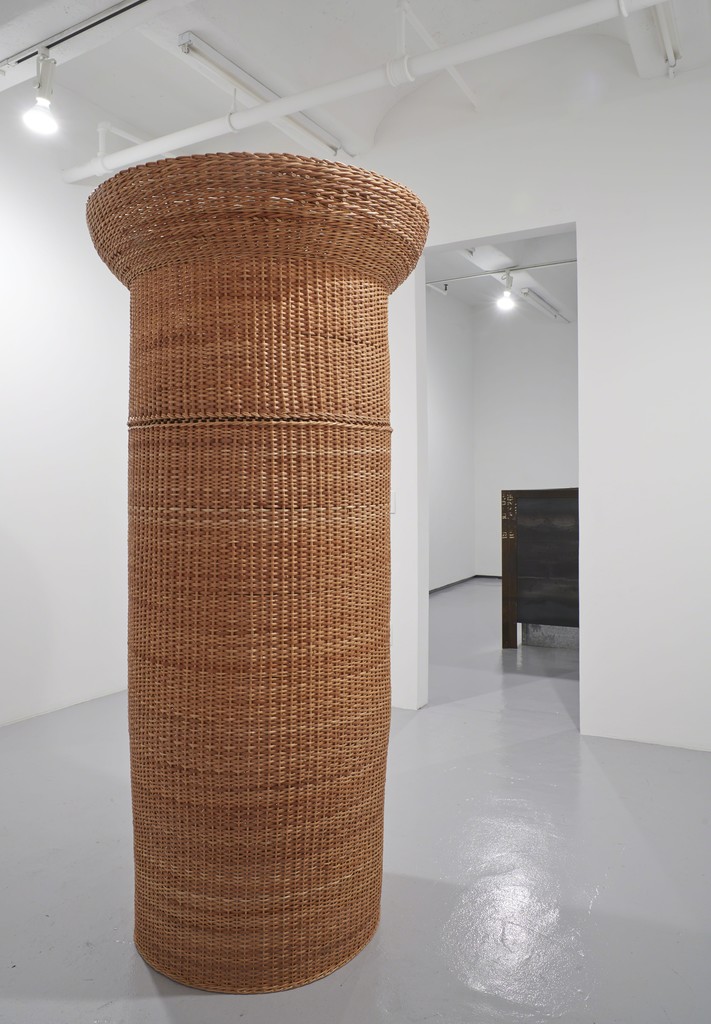 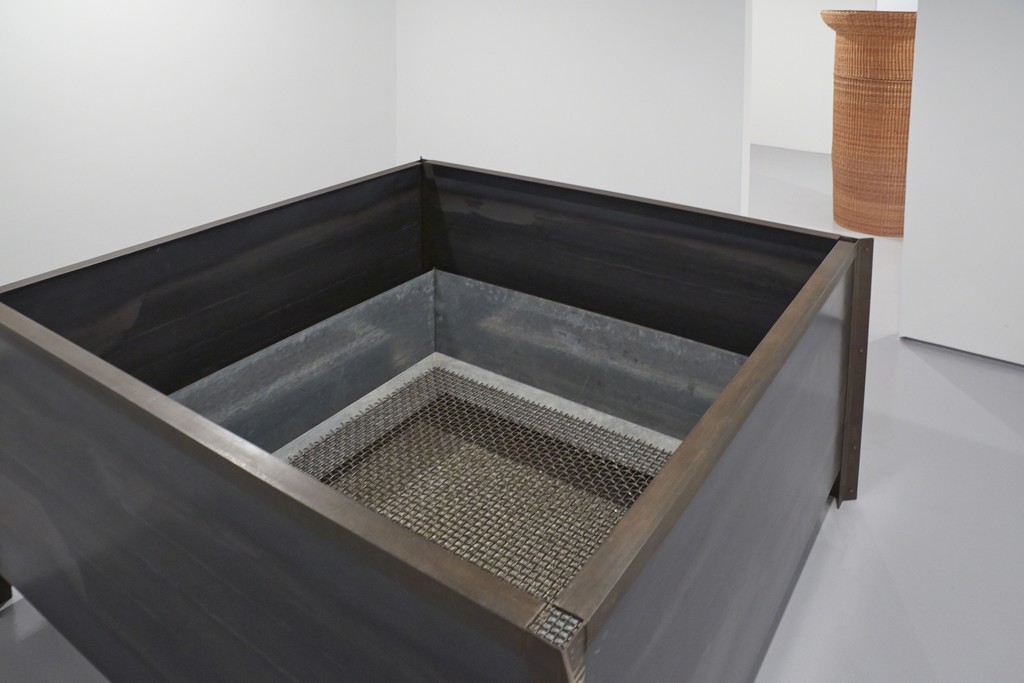 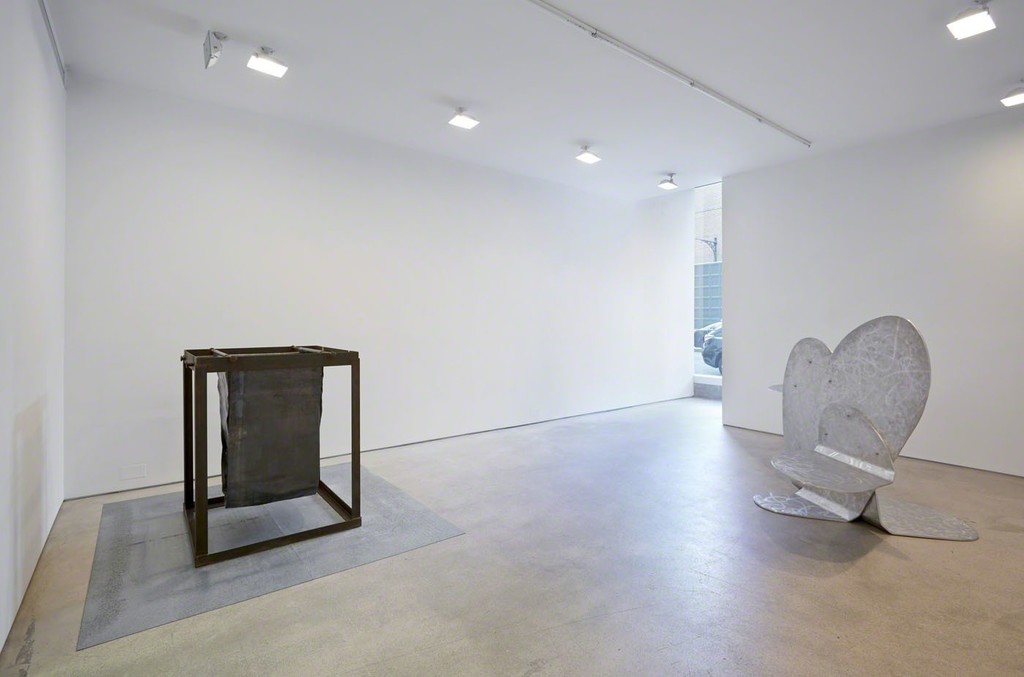 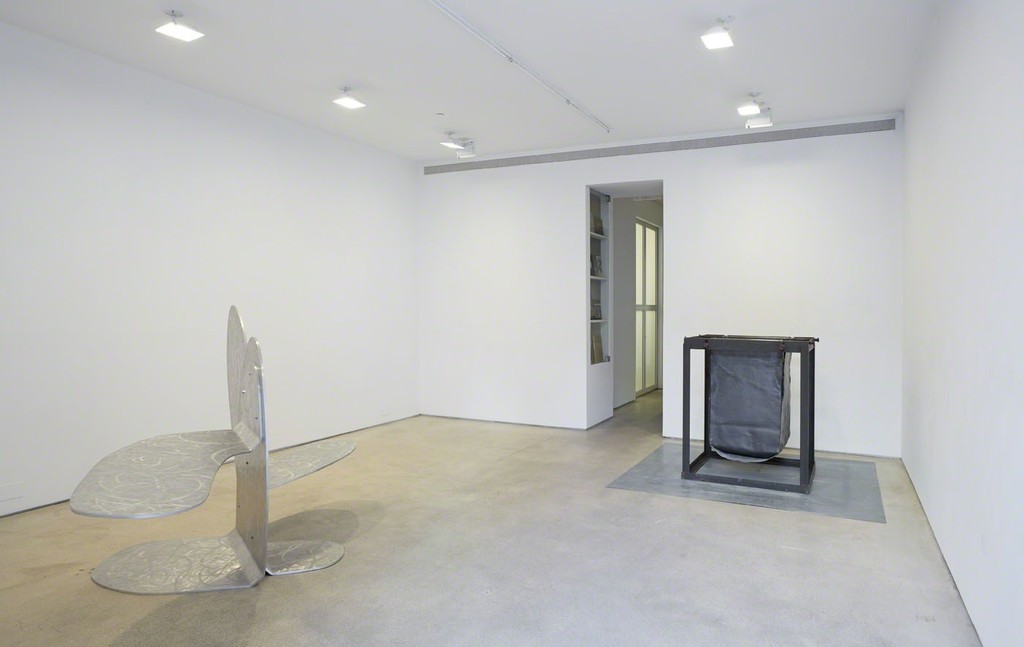 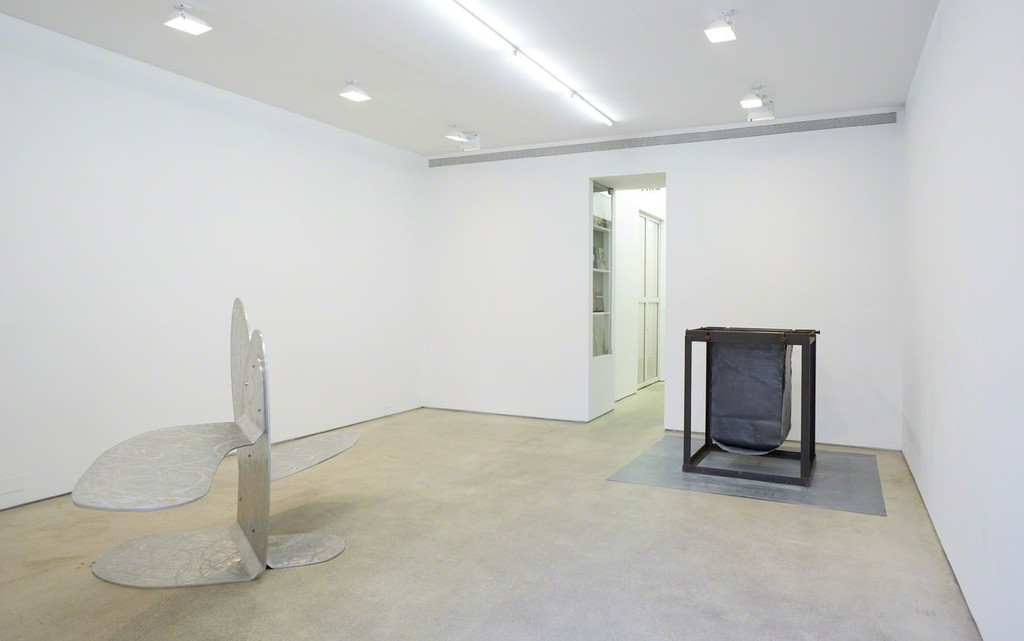 Susana Solano’s creative structure has taken shape all throughout her career like one of the metallic meshes that are a constant feature of her works. It has shaped a map of communicating vessels in which material, space, senses and life experience make up a fluid continuum. Susana Solano’s works, regardless of the materials used and their size, correspond to an underlying idea of witnessing existence through its materialization as a memory of her emotional relationships with spaces, shapes and people. For this reason, every sculpture absorbs and expresses personal experiences that radiate out over the setting and transform them, as if it were a cosmic game.

My ideal space is a unique space, empty of stories, with which I could fall in love. A space unknown to me, an atmosphere of thought. I want now to concentrate on a life in which there is nothing and to work with the minimum possible.

Jack Shainman Gallery is pleased to announce A meitat de camí – Halfway there, Susana Solano’s first solo exhibition with the gallery. The exhibition will span the past 26 years of Solano’s practice and will include historical works that have never been shown in New York alongside new sculptures. One of Spain’s most prominent contemporary artists, Solano first gained international recognition in the 80s and 90s and continues to delve into her powerful, intimate and poetic practice.

Solano is best known for her abstract sculptures made from a range of materials that includes iron, steel, lead, glass, rattan and wire mesh. She belongs to a generation of pioneering female sculptors who expanded a realm conventionally dominated by men. Within the traditions of post-minimalism, Solano’s work conveys a connection to personal memory, domestic space, and the natural world. With the artist’s hand leaving traces of her process, the rigidity of the materials is counterbalanced with the personal. Her approach is one that channels architectural forms and consideration of space with a delicate quality that balances the natural and the industrial.

Since including Solano in a group exhibition in 1989 entitled Dialogue with Space, the gallery has been intrigued with the way her work generates a provocative psychological space through its minimal, architectural qualities. The exhibition in both of the gallery’s Chelsea locations will include many of Solano’s most iconic sculptures, as well as work from a series dedicated to Philip Guston, wall based sculptures, and rattan works influenced in part by the artist’s travels to Africa and Asia.

In the 1989 text that accompanied Solano’s solo exhibition at the Hirshhorn, Phyllis Rosenzweig wrote, “Solano’s sculptures attest to a continuing belief in art’s evocative power. The contemporary appeal of her work resides in its austere formal beauty and conflation of cultural reference and memory.”