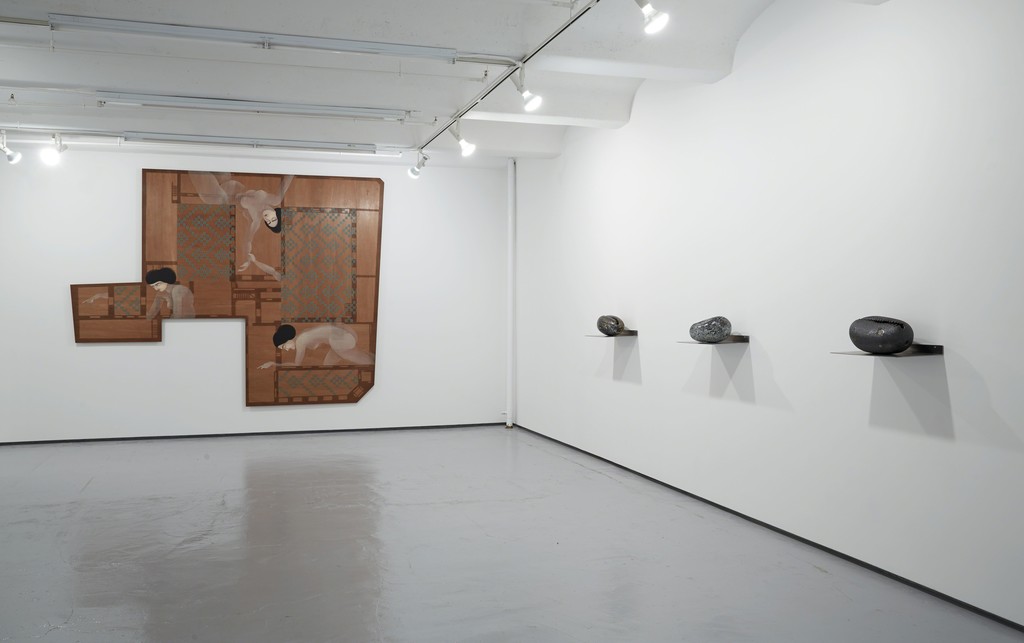 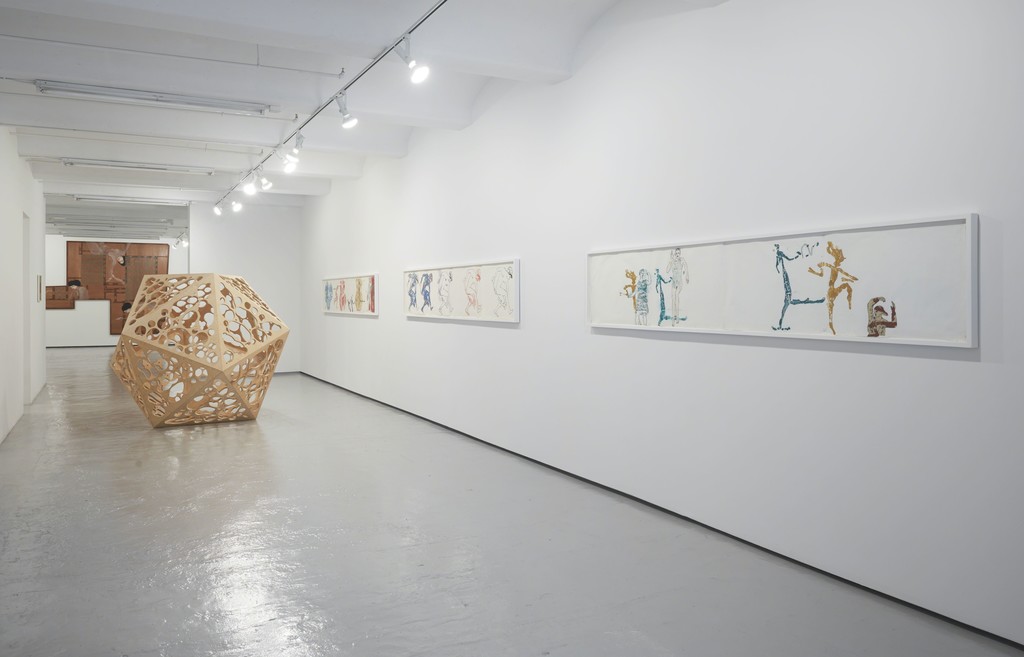 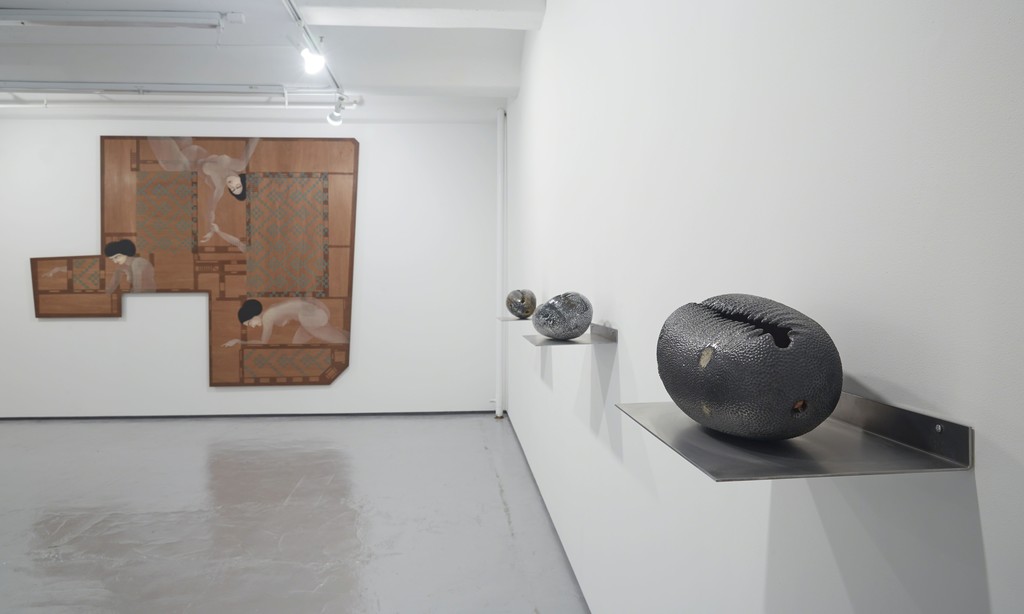 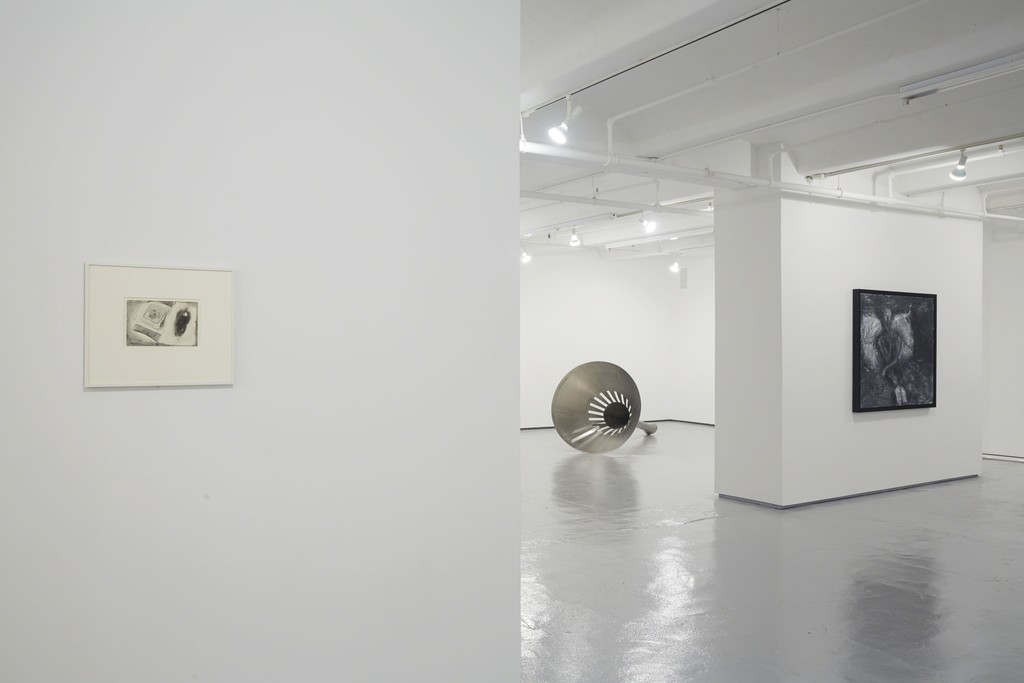 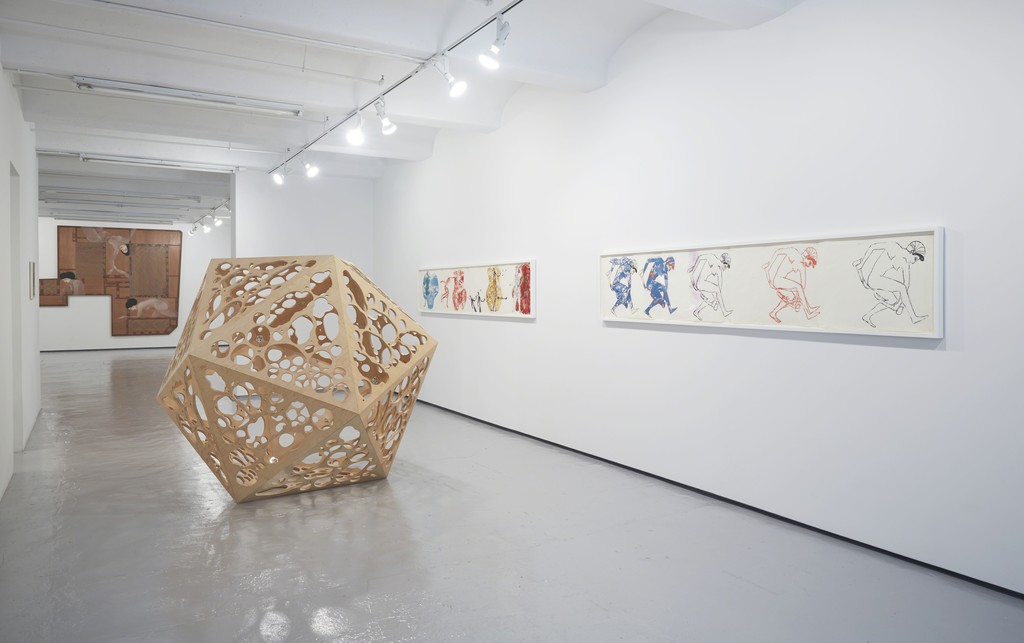 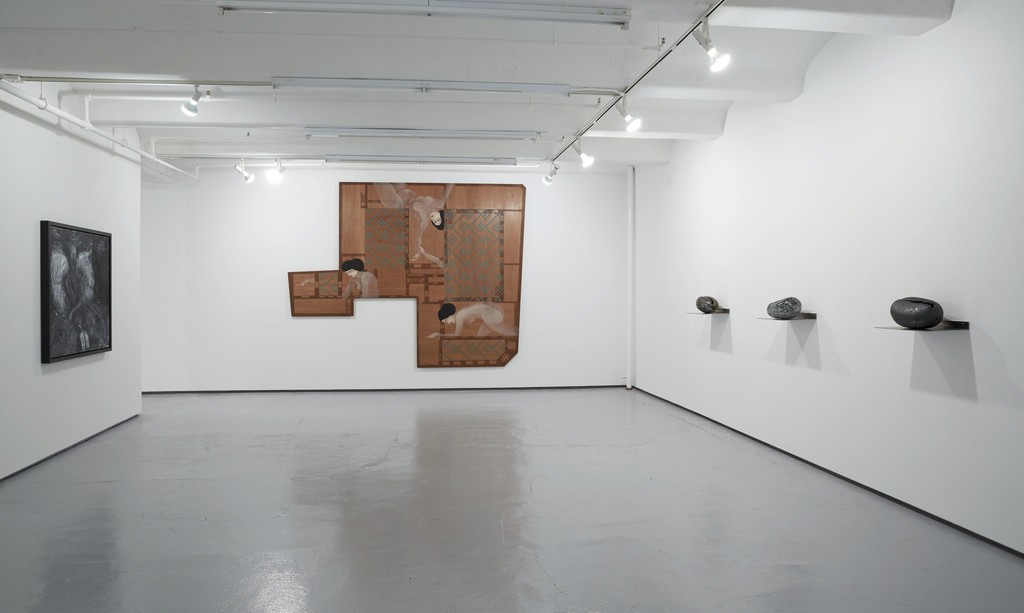 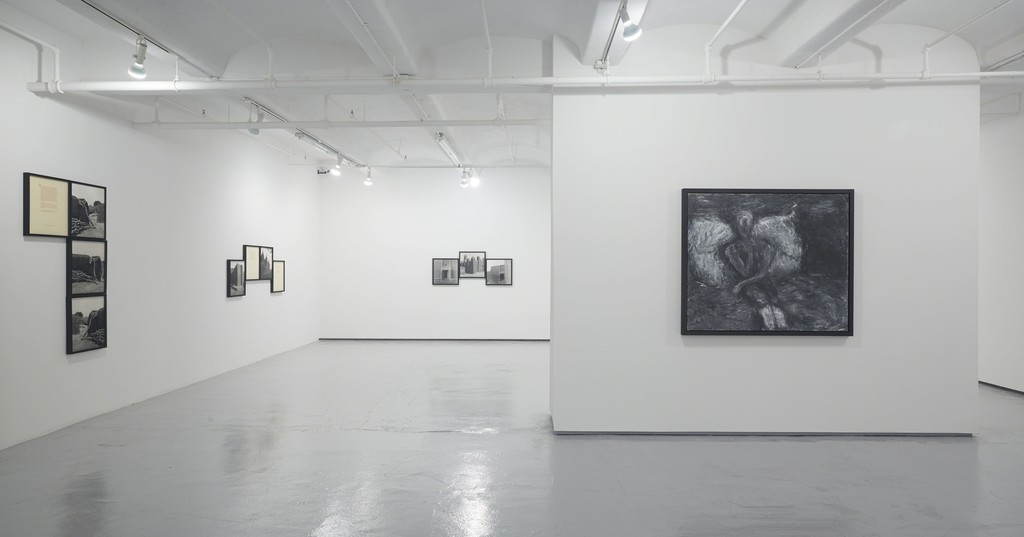 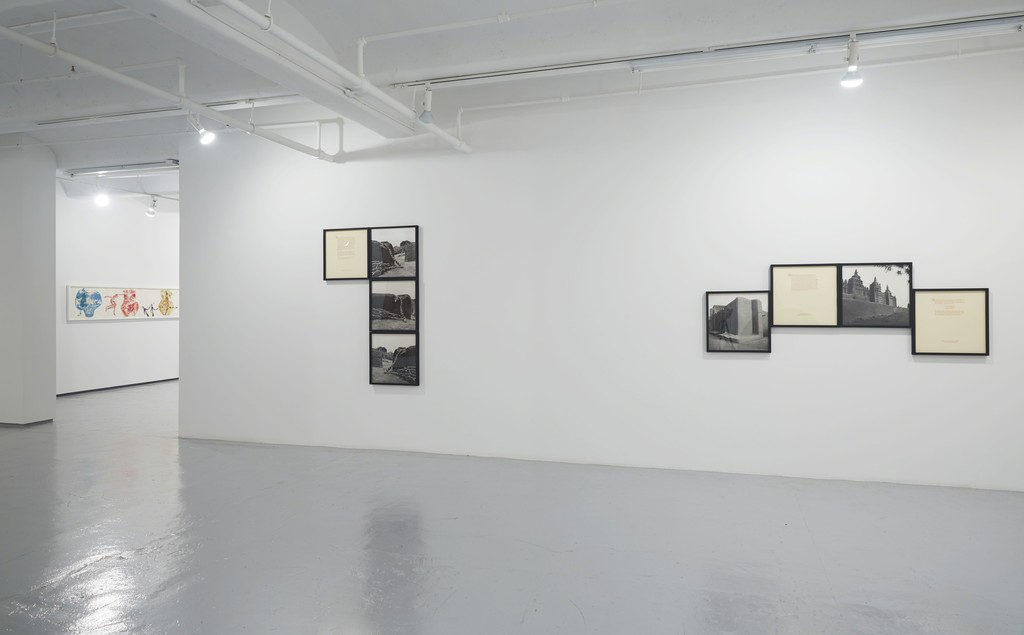 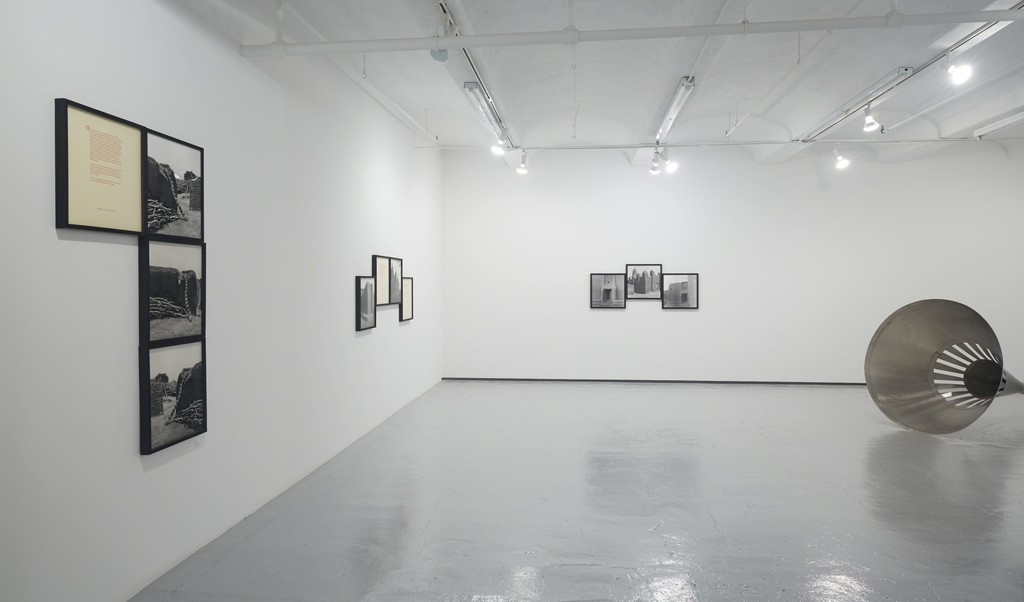 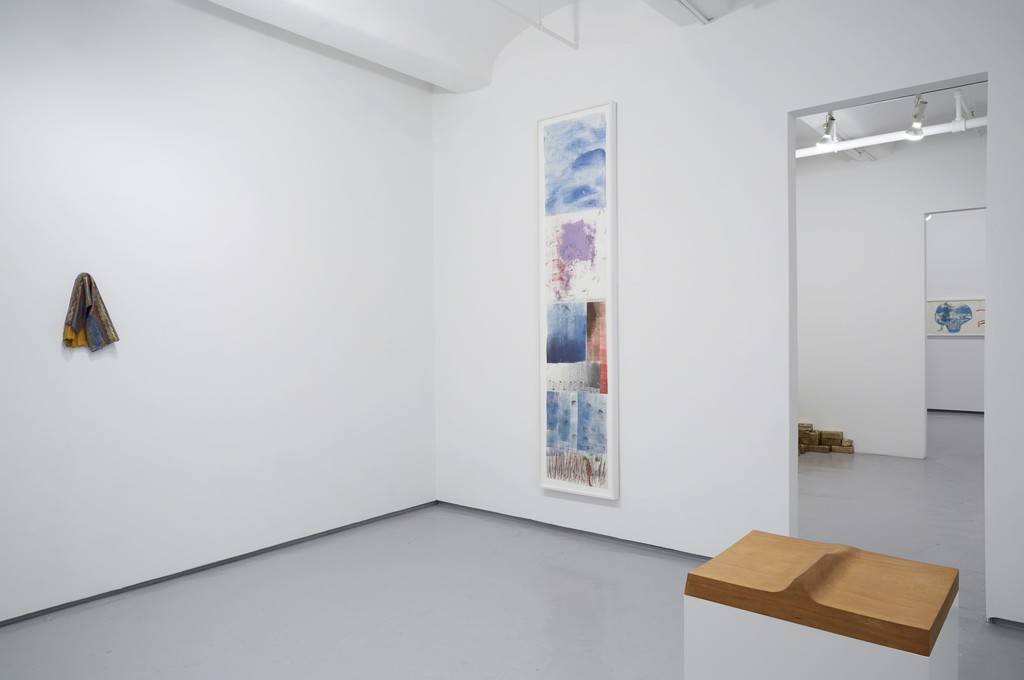 The exhibition focuses on the body’s relationship to architectural spaces and forms, as well as unexpected uses of materials and textures. Taking its title from a three-panel photograph by Carrie Mae Weems in which mud-covered buildings in Mali take on the softness and shape of the human body, The Shape of Things includes sculptures, drawings and paintings that subtly explore these themes and relate to each other through form and materiality.

Nancy Spero’s woodcuts on paper depict ancient figures that seem to march across an architectural frieze while formally moving between precise likeness and more fluid and abstract representations while Hayv Kahraman’s delicately and rigorously painted nudes contort within the confines of a floor plan based on a home in her native Iraq. Icosahedral Body, 2013, a sculptural work also by Kahraman is patterned with geometric cutouts taken from cross sections of a three-dimensional scan of her body. Here the body becomes the form and the architecture. In contrast, Fusta nº 2, 1979, by Susana Solano, takes on the contours of a body while remaining quietly minimal. In all these works, the human, often female body merges with architectural components, infusing material with form and physical presence.

In other works, a tactile materiality charges the meeting place of figuration and abstraction. In Vibha Galhotra’s Untitled, 2010, gunghroos, or little bells, are sewn together to create an image of an urban cityscape. The image is identifiable but not crisp; the thousands of bells seem to vibrate, causing the image to shimmer into or out of existence. Leslie Wayne’s Paint/Rag series uses oil paint sculpturally to assume the shape of pieces of cloth. Similarly, Simone Leigh’s ceramic works are identifiable as cowry shells but swell towards abstraction as references to other objects and bodies coalesce.

The works in this exhibition together create a sense of slippages and transitions playing out in a fusion of architectural structures with more intimate psychological spaces, exemplified by Susan Rothenberg’s 1984 painting Pillow. Objects seem on the brink of being functional but resist; spaces stubbornly cannot quite be entered. Together the works convey the deeply personal experience of the shape of things.