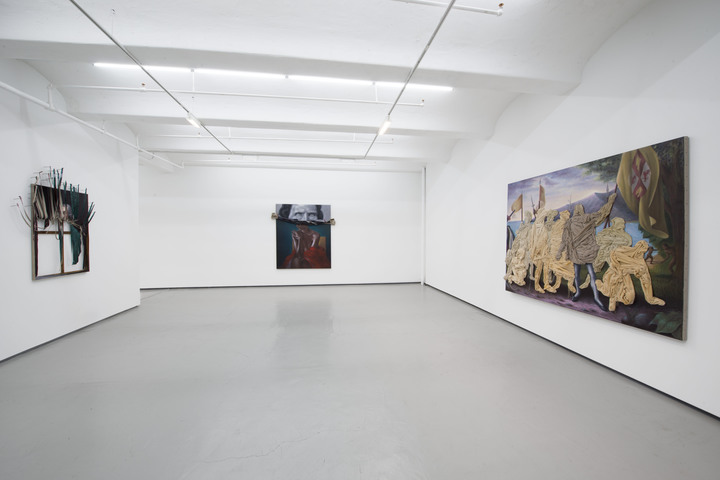 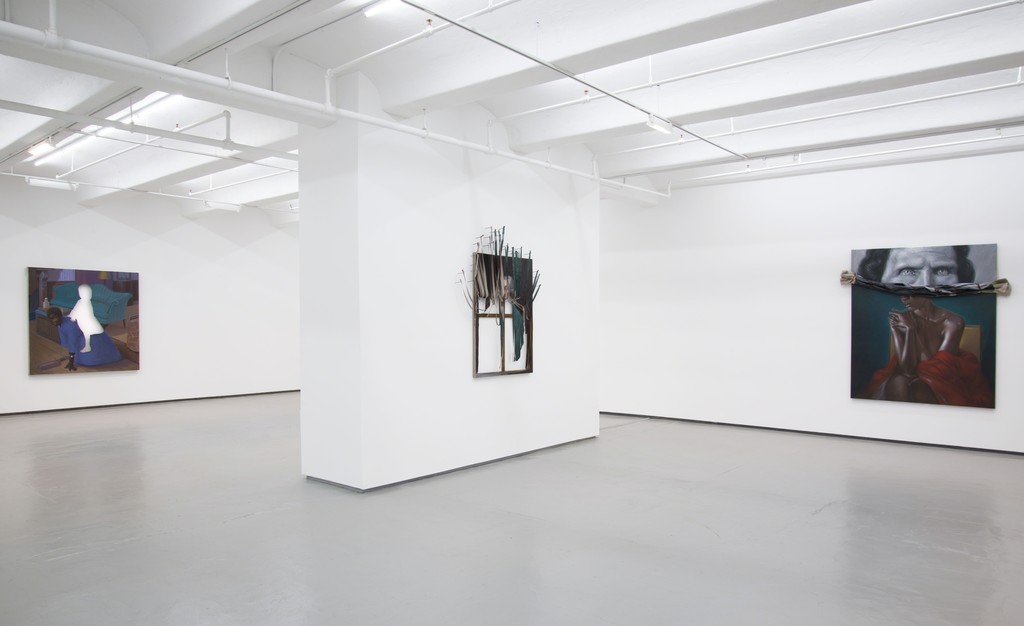 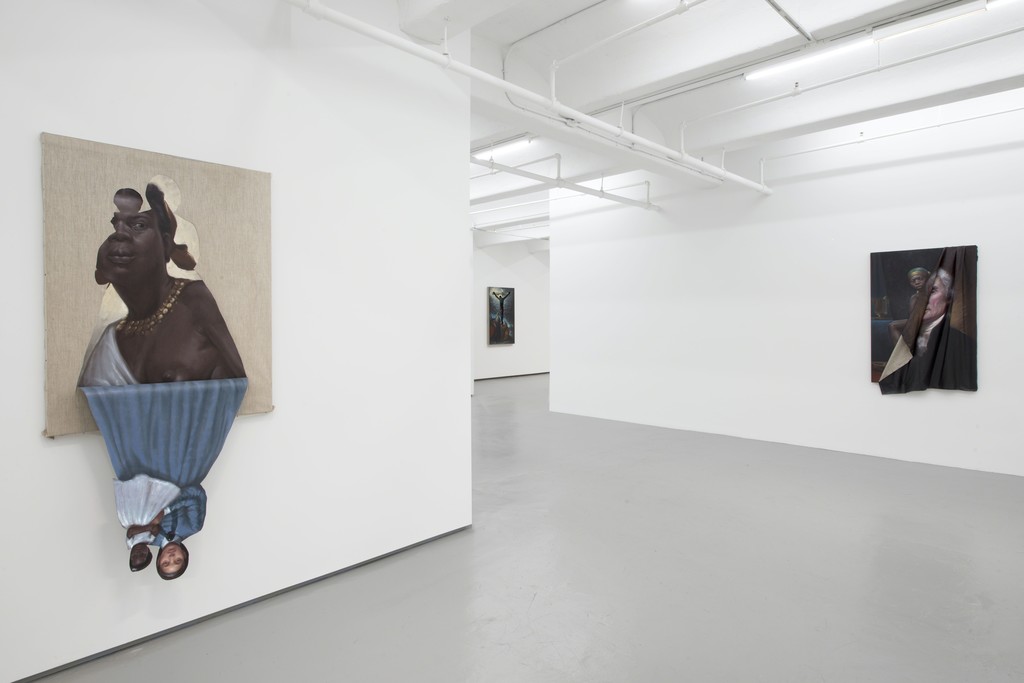 TITUS KAPHAR
January 15 – February 21, 2015
Opening reception: Thursday, January 15th, from 6-8 PM at 513 West 20th Street and 524 West 24th Street.
Jack Shainman Gallery is pleased to present Titus Kaphar’s first solo exhibition at the gallery, opening Thursday, January 15th from 6-8 PM. The exhibition will be presented in two parts. A survey of new paintings, Drawing the Blinds, will be installed at the 513 West 20th Street location while an extension of The Jerome Project entitled Asphalt and Chalk will include drawings and paintings at our 524 West 24th Street space.
Through the manipulation of seemingly classical and canonical imagery, Kaphar introduces us to an alternate history that runs concurrent to the dominant narrative. Truths emerge to reveal the fiction and revisionism inherent in history painting and the visual representation of a moment or memory. Kaphar cuts, slashes, erases, layers and peels back the surface of his paintings. Each method is specific to the subject and meant to ignite and recharge the image, often that of the underrepresented body.
In 1968/2014 and Another Fight For Remembrance: Study, Kaphar uses white washing as an erasure, obscuring or removing the subject entirely. As he describes, “Characters are sometimes entirely removed by the white paint, but often I feel the urge to re-expose a portion of that individual. This can occur through scraping the white paint back with pallet knives, towels, and turpentine. This back and forth allows me to view the whitewash figures in a mysterious space of presence and absence.”
The Jerome Project, a portion of which is also on view at the Studio Museum in Harlem, began in 2011. While researching his father’s prison records, Kaphar came across a startling number of men who shared his father’s full name. Intrigued by the pattern, Kaphar began a series of small portraits of these men based on their mug shots. He then dipped each painting into tar up to at least their mouths, obscuring parts of their faces and affording them the privacy they had lost when their mug shots became part of the public record. In Asphalt and Chalk, Kaphar continues The Jerome Project by drawing composite portraits of multiple Jeromes with chalk on asphalt paper. As he layers the contours and features of each face, one becomes disoriented as each individual begins to bleed into the next. Viewed as groups, both explorations of this series represent a community, specifically of African-American men who are statistically overrepresented in our nation’s prison population and the criminal justice system.
Kaphar received an MFA from the Yale School of Art and is the distinguished recipient of the Gwendolyn Knight and Jacob Lawrence Fellowship. He has been awarded a 2015 Creative Capital Grant for the Visual Arts. His work has been included in solo and group exhibitions at Savannah College of Art and Design, Savannah, GA; the Studio Museum in Harlem, New York, NY and the Seattle Art Museum, Seattle, WA. His work is included in the collections of the New Britain Museum of American Art, New Britain, CT; the Seattle Art Museum, Seattle, WA; and the Studio Museum in Harlem, New York, NY.
Kaphar’s ambitious installation, The Vesper Project, is on tour through 2016 to venues including the Lois and Richard Rosenthal Center for Contemporary Arts, Cincinnati, OH; the Katzen Arts Center at American University, Washington, DC; the Pennsylvania Academy of Fine Arts, Philadelphia, PA and the New Britain Museum of American Art, New Britain, CT, where it is currently on view.