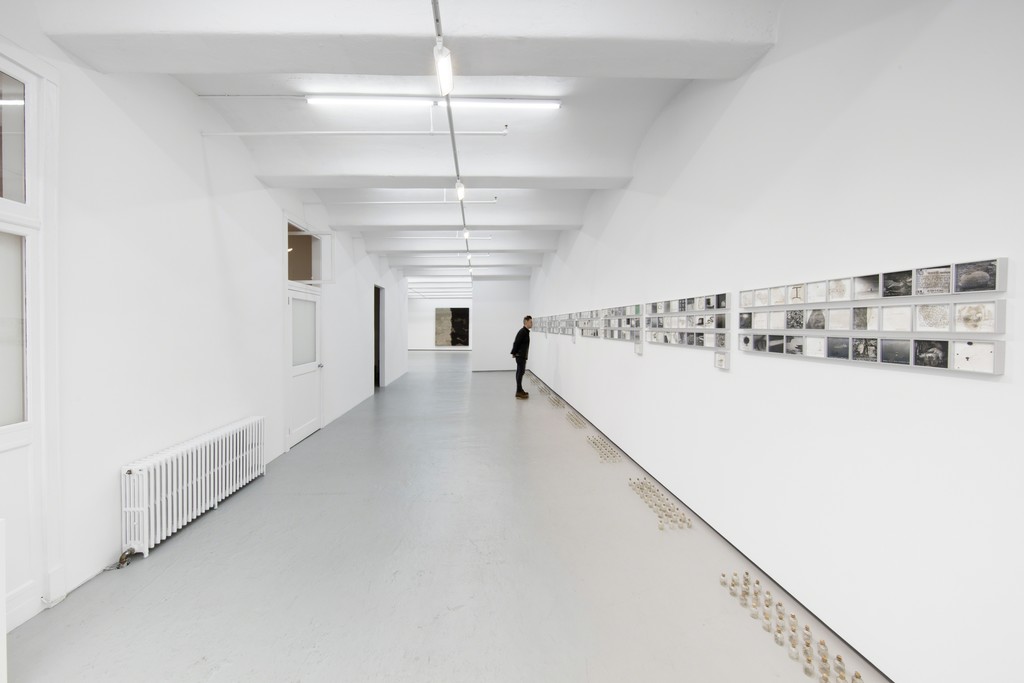 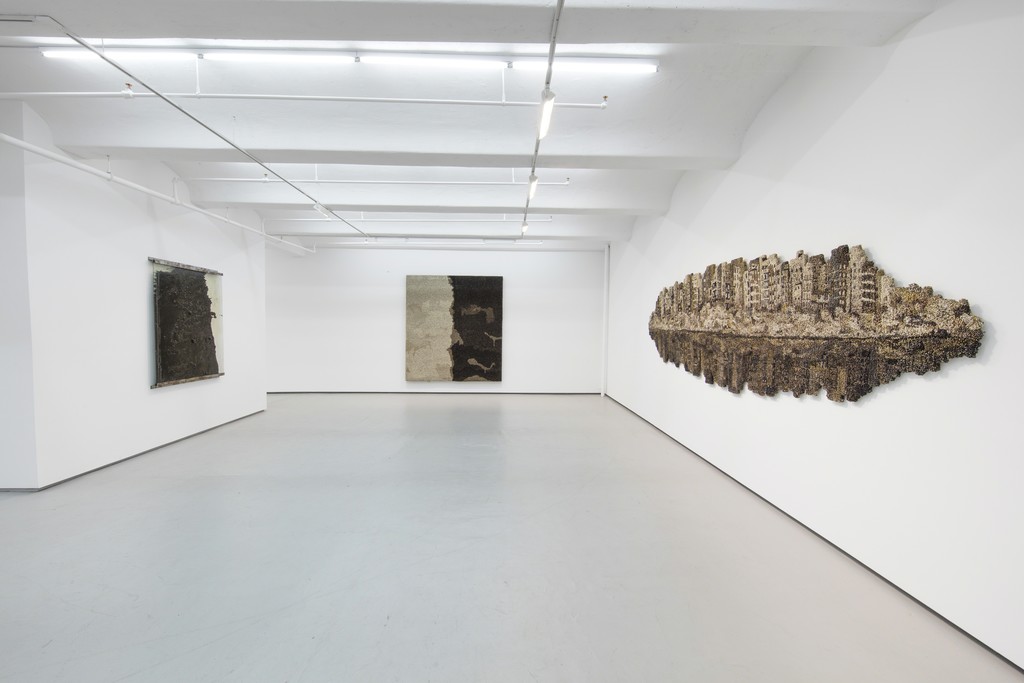 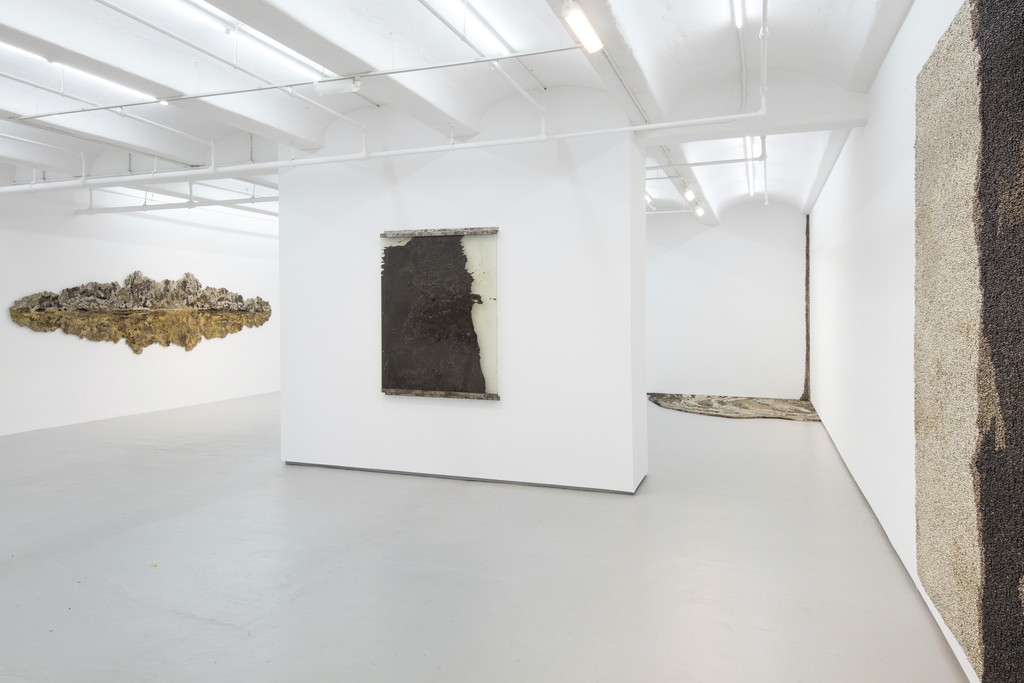 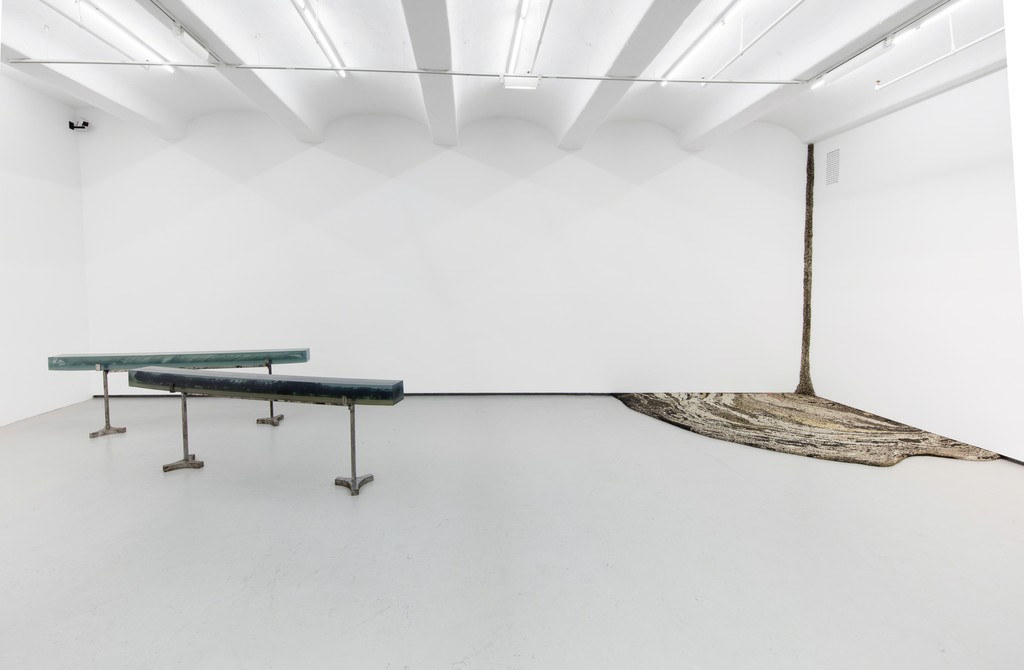 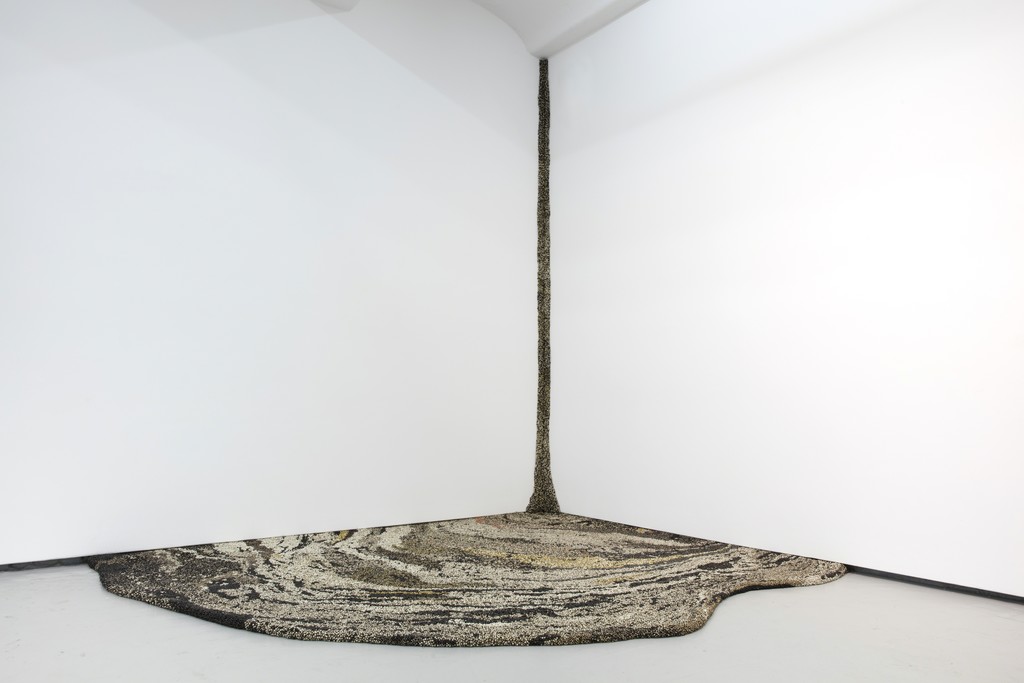 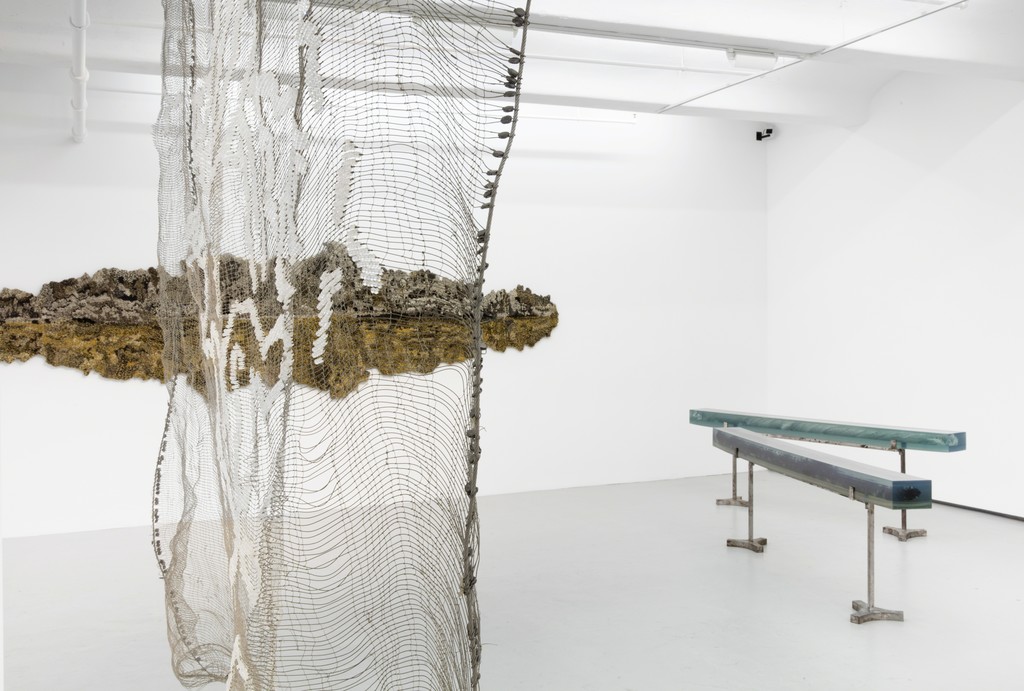 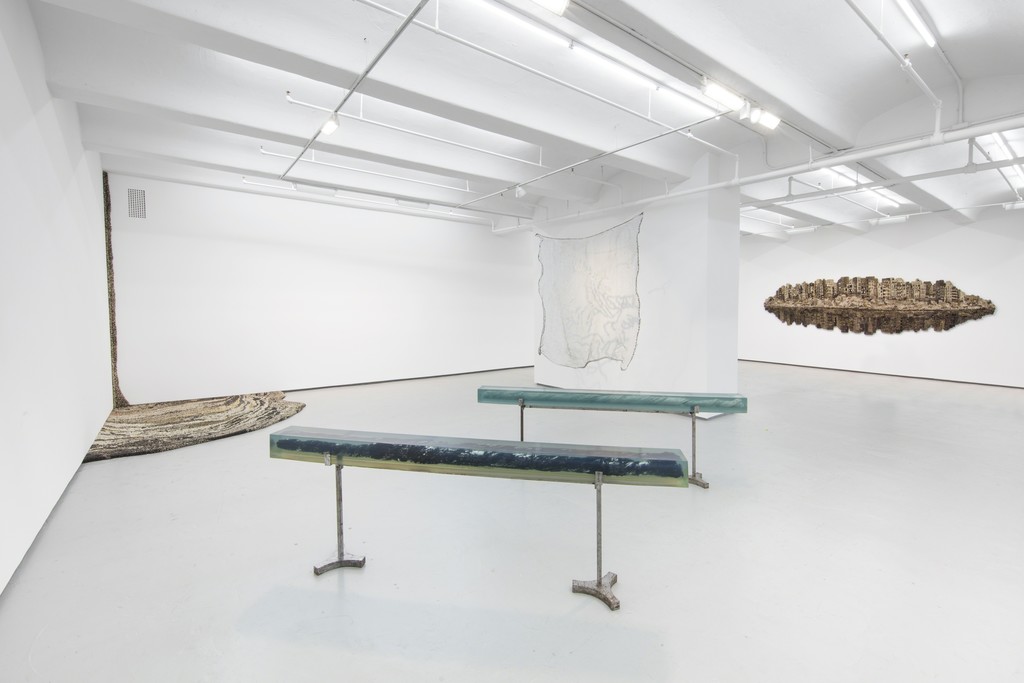 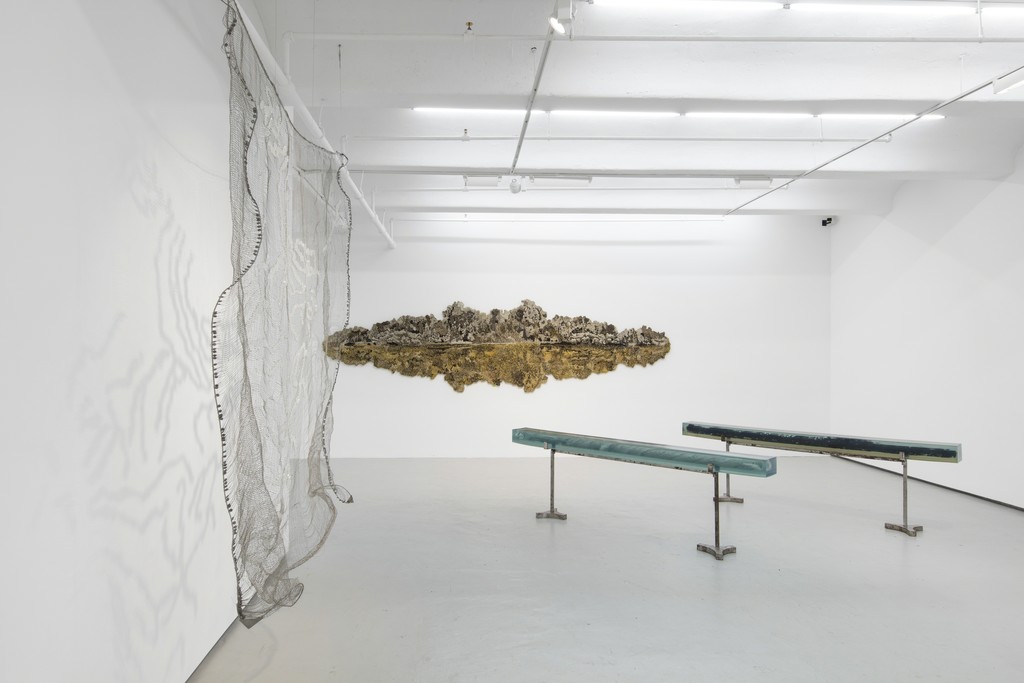 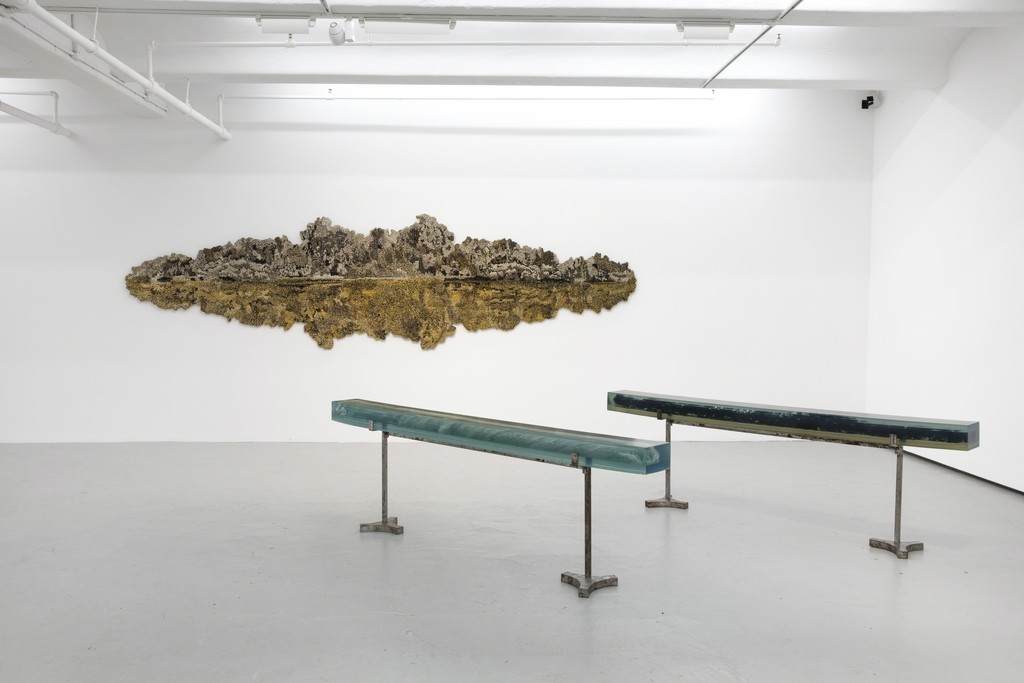 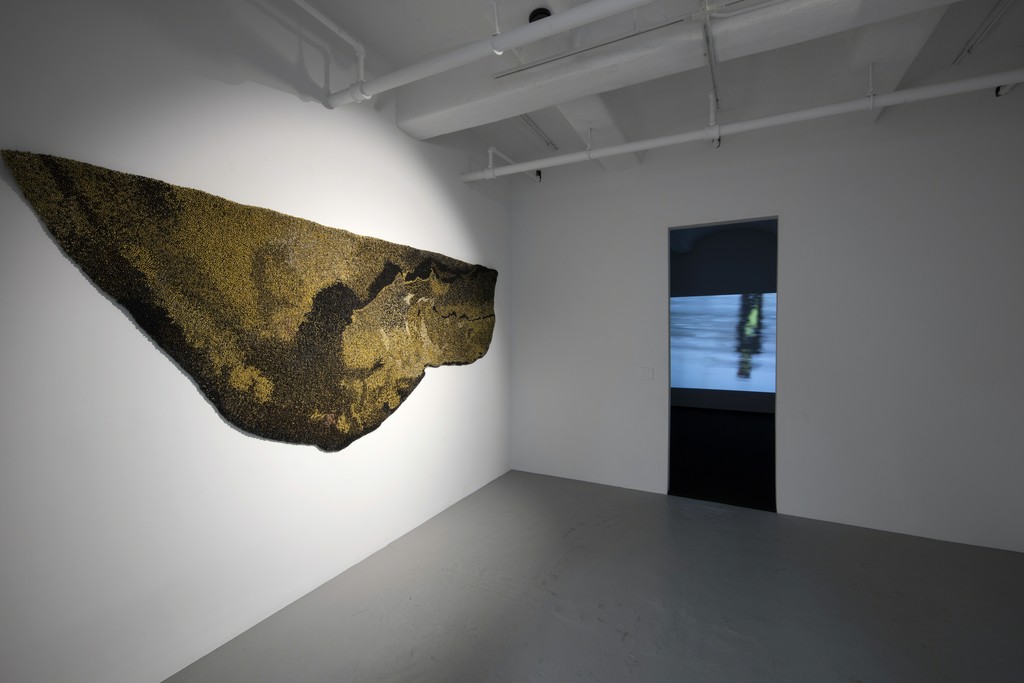 Jack Shainman Gallery is pleased to present Vibha Galhotra’s second solo exhibition with the gallery. Galhotra’s large-scale sculptures address the shifting topography of the world under the impact of globalization and growth. For ABSUR -CITY -PITY -DITY, Galhotra focuses on the rapid environmental changes underway in India’s Yamuna River, which due to unregulated sewage dumping, has quickly become one of the world’s most contaminated rivers.

Majnu Ka Tila, 2015 is a tapestry comprised entirely of ghungroos, small metal bells worn on women’s bodies in traditional Indian dance. The scene depicts a sprawling building that has sprung up along the shores of the Yamuna. The composition is crowded, almost claustrophobic, as the structure sprouts out hive-like. The ghungaroos, objects of aesthetic and sonic appeal, betray their function through their menacing subject matter, failing to announce the doom that is forewarned.

The debilitating effects of this sort of dense urbanization are at the crux of 365 days, 2015. An extensive collection of water samples the artist amassed daily from the Yamuna during the course of the past year is accompanied by short texts from local inhabitants. Their day-to-day interactions reveal a complicated relationship with the river, saturated with equal parts necessity, denial, obliviousness, and absurdity. The repetition of 365 bottles of polluted water becomes an ominous pattern, and the systematic display a dogged attempt to classify and understand all the harm modern civilization inflicts on the earth.

While many of the works in the exhibition address the phenomena of overwhelming environmental catastrophe, Galhotra does leave room for optimism. The short film Manthan, 2015 invokes a legend from Hindu mythology in which the gods churn the ocean to obtain the nectar of immortality. Through a romanticized, performative gesture, the film examines the prospects of mitigating ecological threat and envisions a process of churning the deleterious out of the Yamuna. Manthan is a refusal to give up hope and implores us to find a solution before it’s too late.