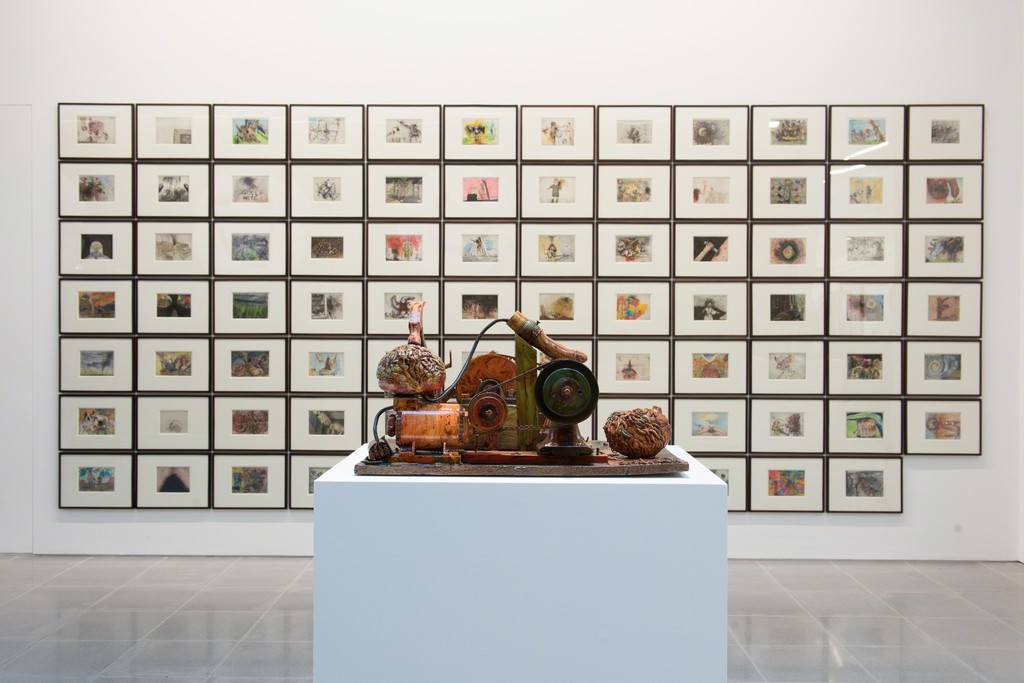 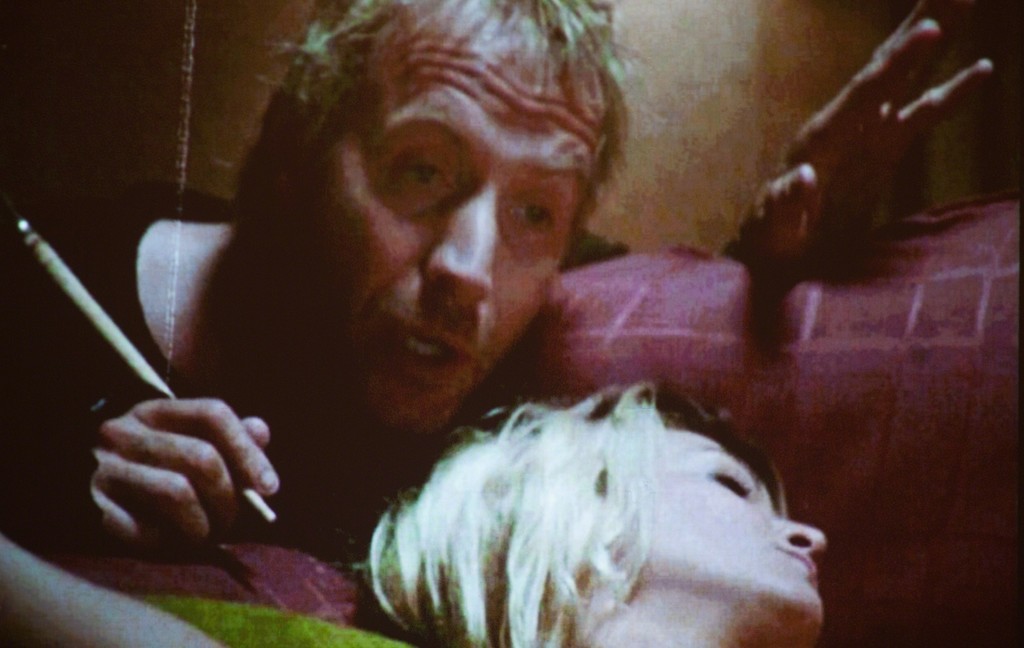 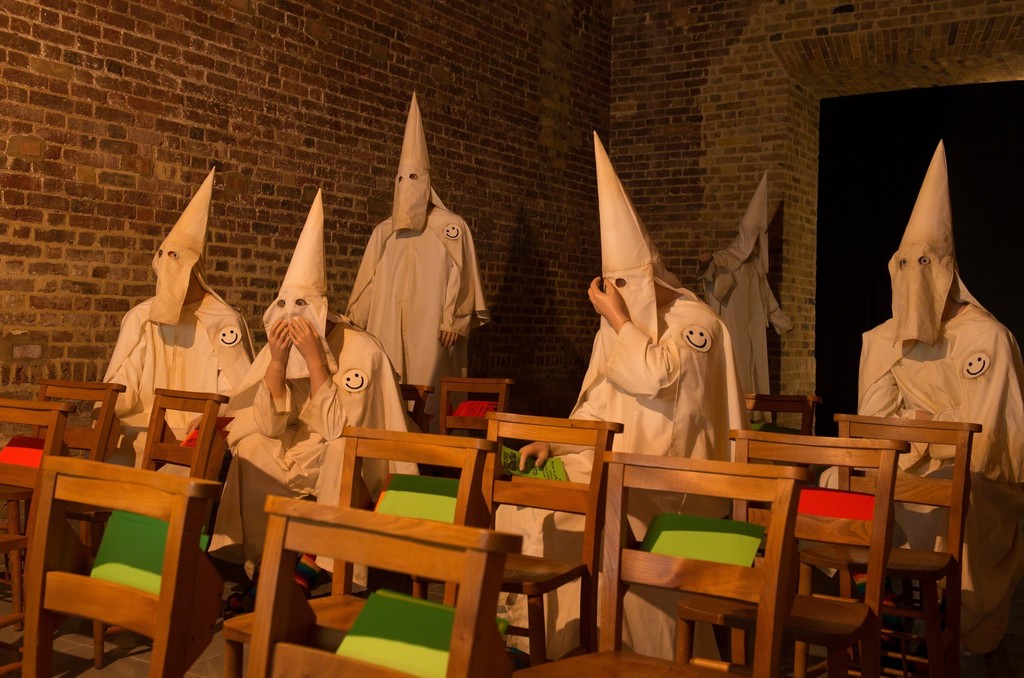 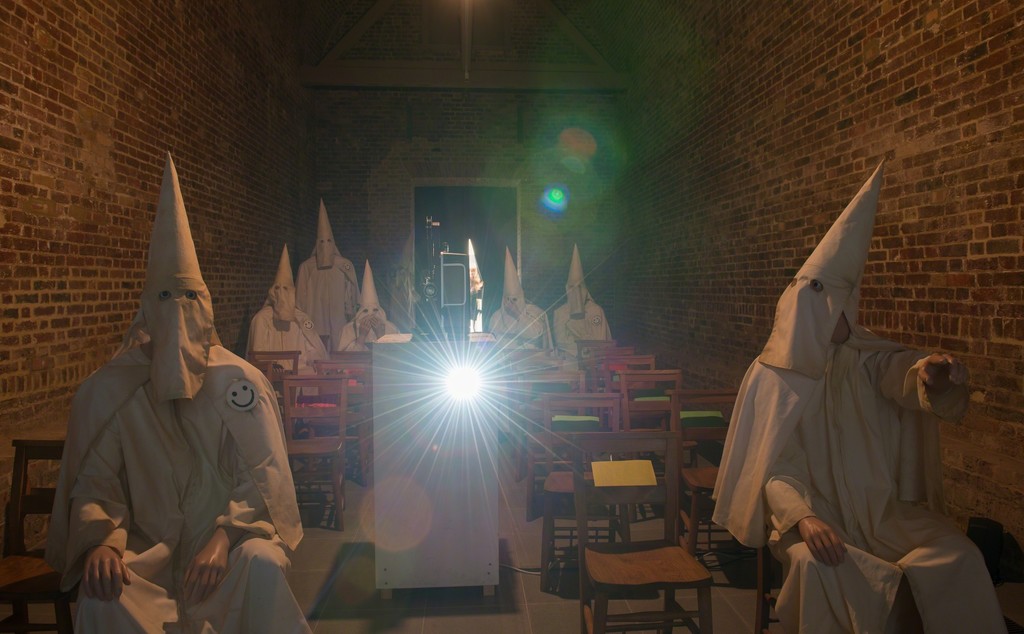 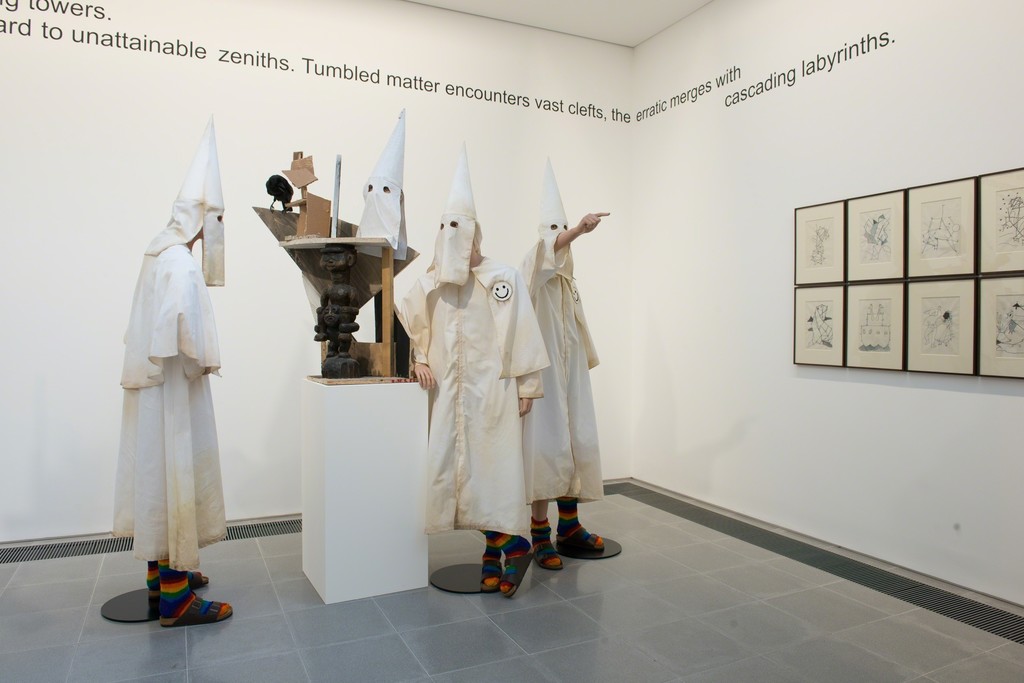 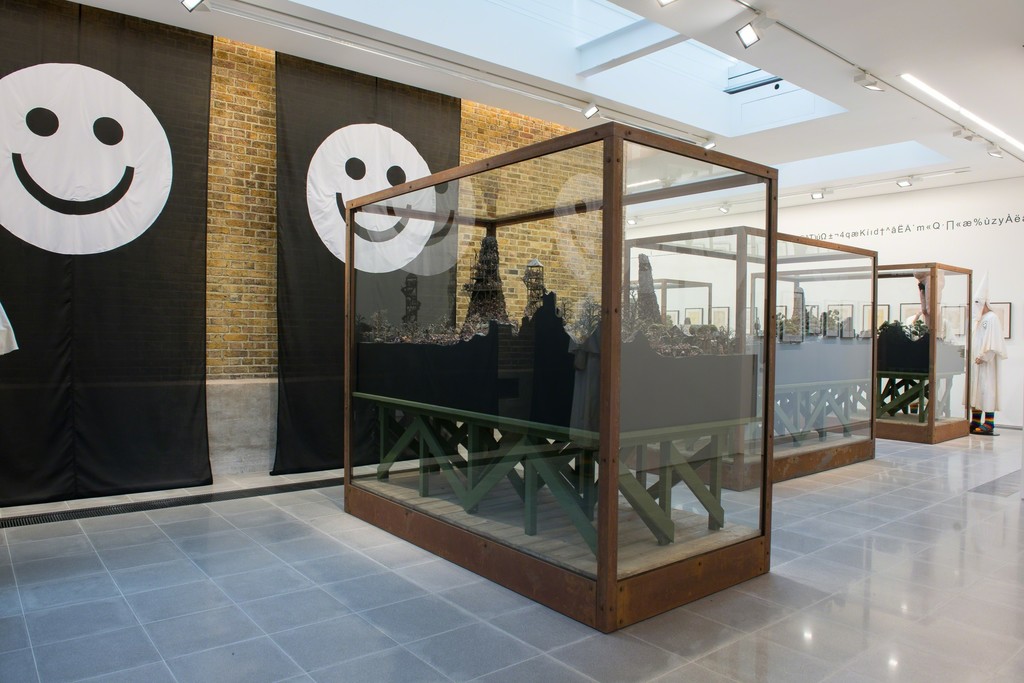 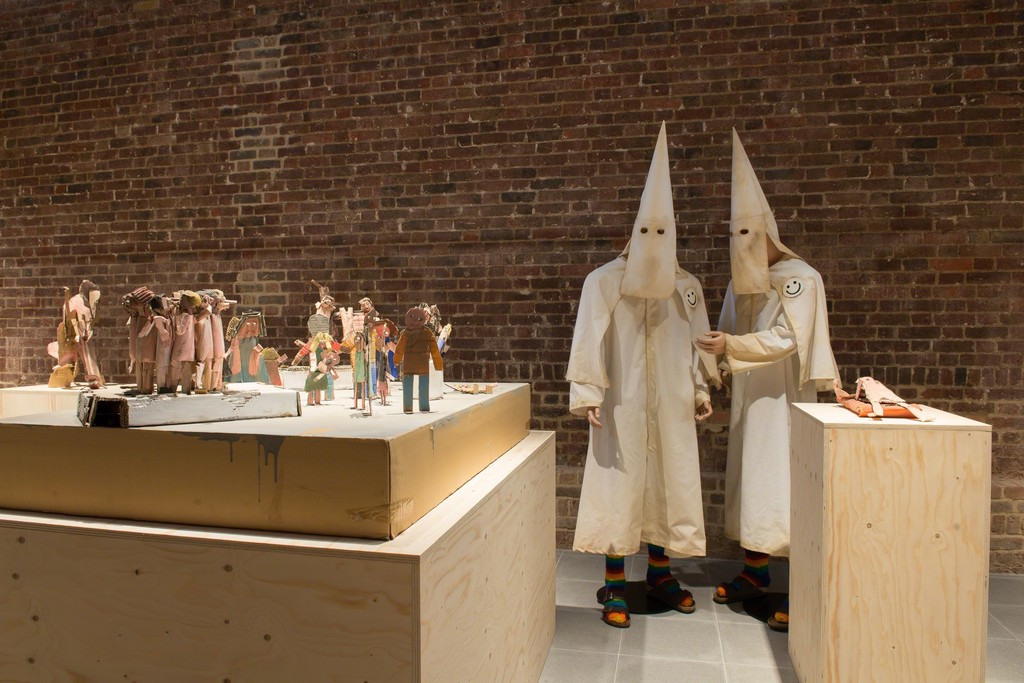 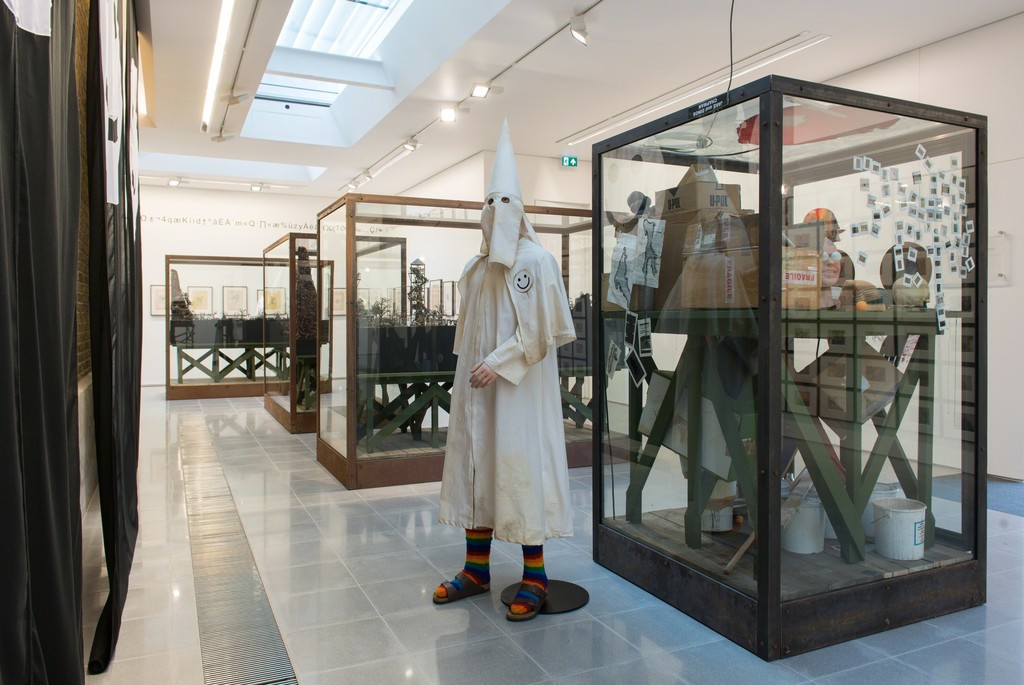 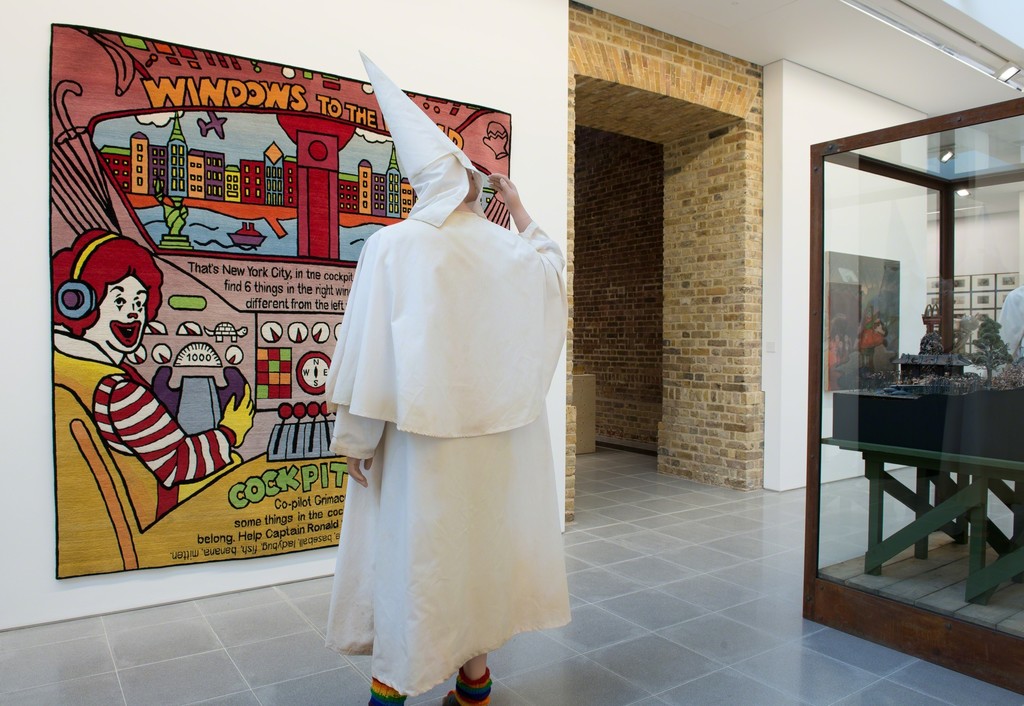 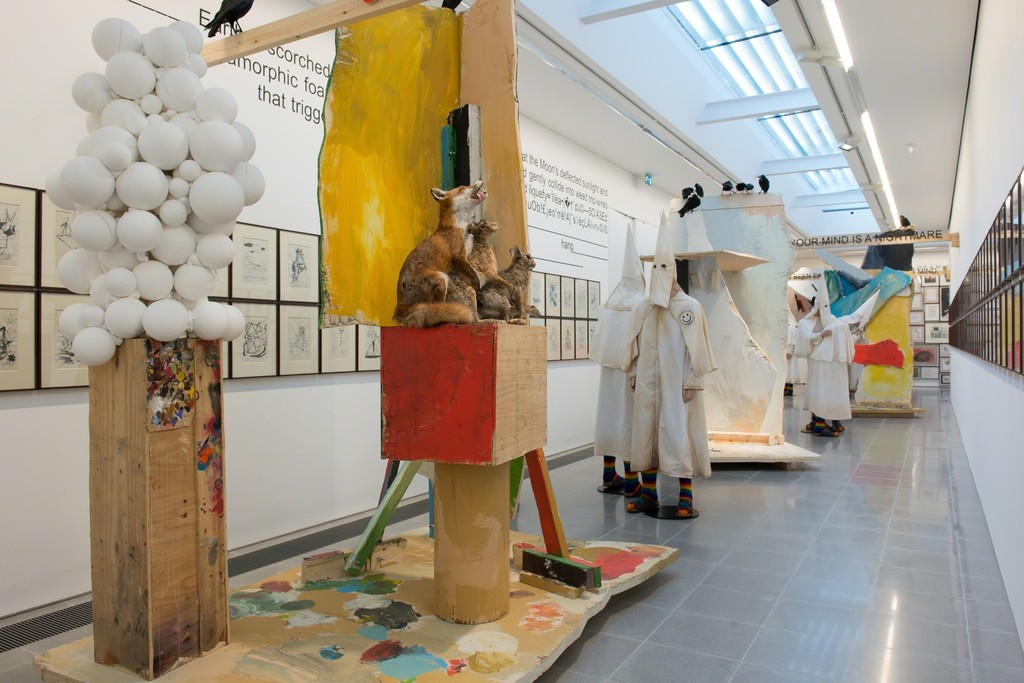 Come and See demonstrated the range of the artists’ output - from painting, drawing, printmaking and sculpture, to film, music and literature - exploring their provocative and deliberately confrontational work, which approaches controversial subjects with irreverence and dark humour.
Julia Peyton-Jones, director, and Hans Ulrich Obrist, co-director, at Serpentine Galleries said: “Since their surreal and sometimes nightmarish imagery took up residency in our collective subconscious in the early 1990s, Jake and Dinos have continued to prod, provoke and entertain. Whether subverting artists’ original works – including their own – twisting historic narratives or peeling back the surface of consumer-driven culture to reveal the horror and humour that lies beneath, the Chapmans compel us to confront the nagging fears that lie at the dark heart of the Western psyche. Their use of film, music and literature as well as painting, drawing, printmaking and sculpture anticipated the multi-disciplinary approach of the 89plus generation for whom they are heroes and trailblazers. We are thrilled that they are exhibiting at the Serpentine Sackler Gallery this winter.”
The Chapmans began collaborating in the early 1990s and first gained attention for their work Disasters of War, a three-dimensional recreation of Goya's series of etchings of the same name, for which they reconstructed Goya's scenes of brutal violence using miniature plastic figurines that they carefully reshaped and painted by hand. Goya, and the Disasters of War particularly, have remained a continued presence in the Chapmans’s work. In 2003, they famously acquired a set of Goya's etchings and altered them, painting clown and cartoon heads over the original faces of the figures.
Their large Hell landscapes, such as Hell (2000) and The Sum of All Evil (2012-13), are at once monumental in scale and minutely detailed. These apocalyptic landscapes, teeming with miniature figures, depict scenes of excessive brutality involving Nazi soldiers and, in more recent works, McDonald's characters. The grotesque and often surreal violence of the scenes is offset by the overwhelming detail and painstaking labour evident in these and many of the Chapmans’s works.
An exhibition featuring the work of Egyptian artist Wael Shawky ran concurrently at the Serpentine Gallery. Shawky’s and the Chapmans’s work is linked by their employment of models and marionettes to re-cast myths, stories and historical events.