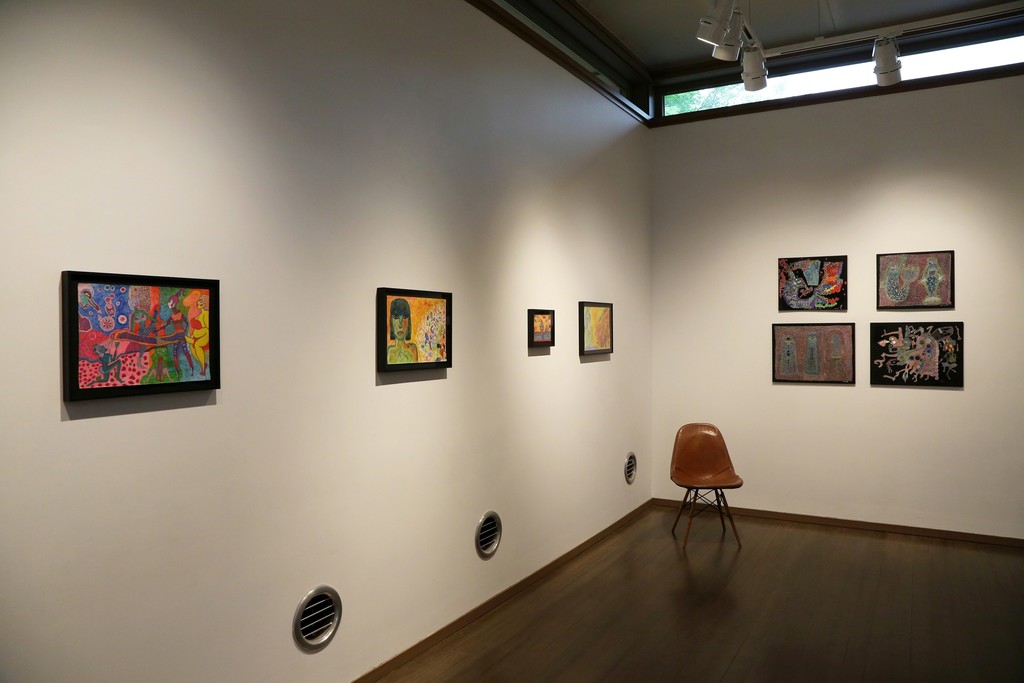 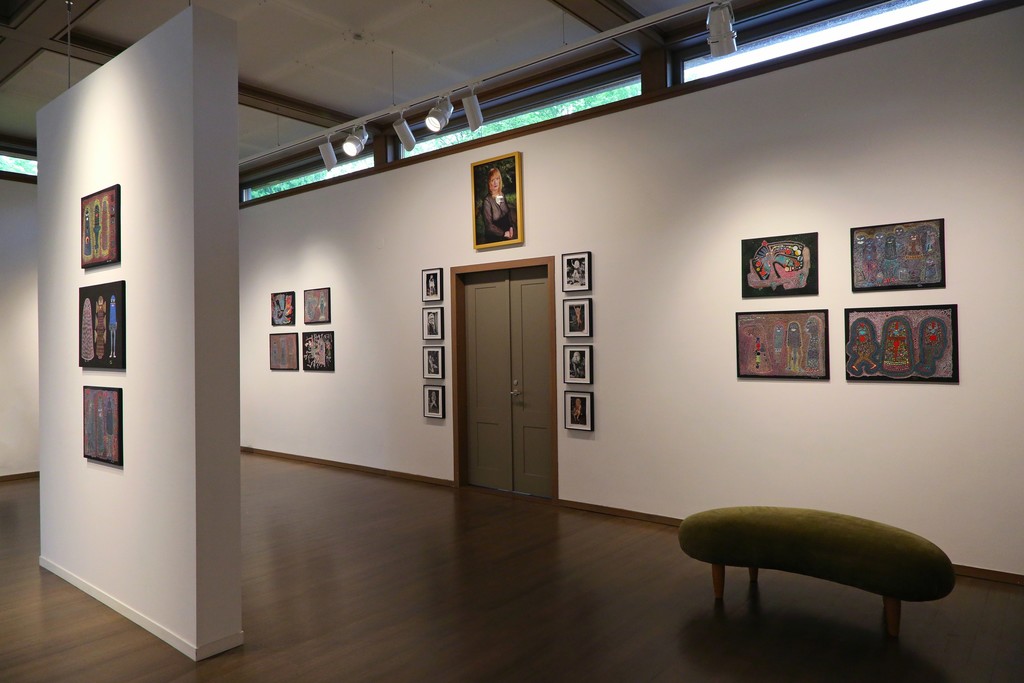 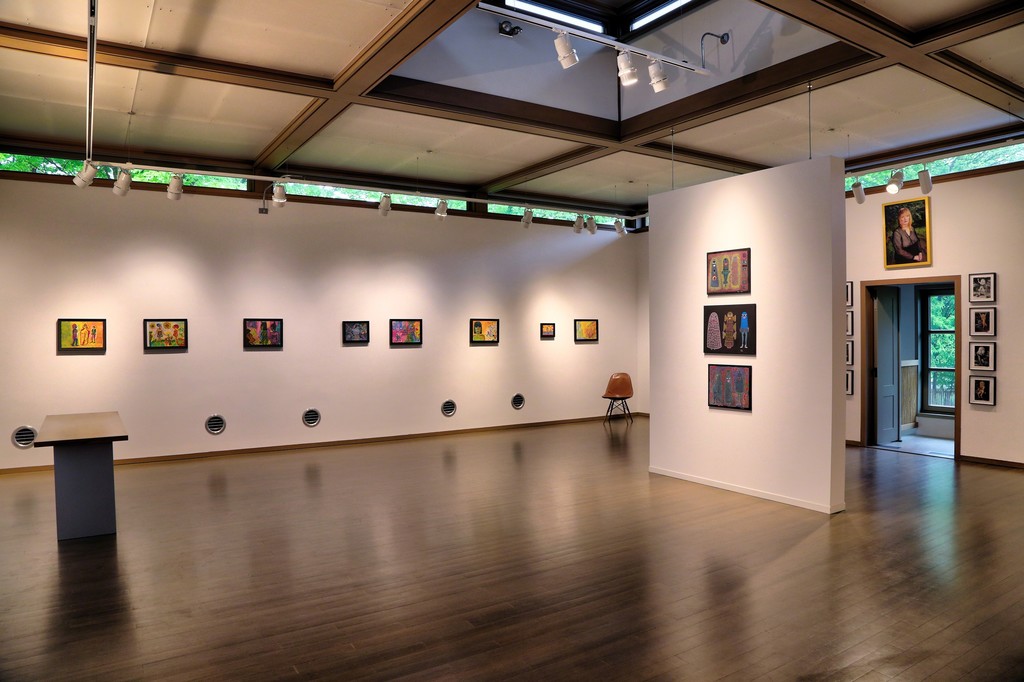 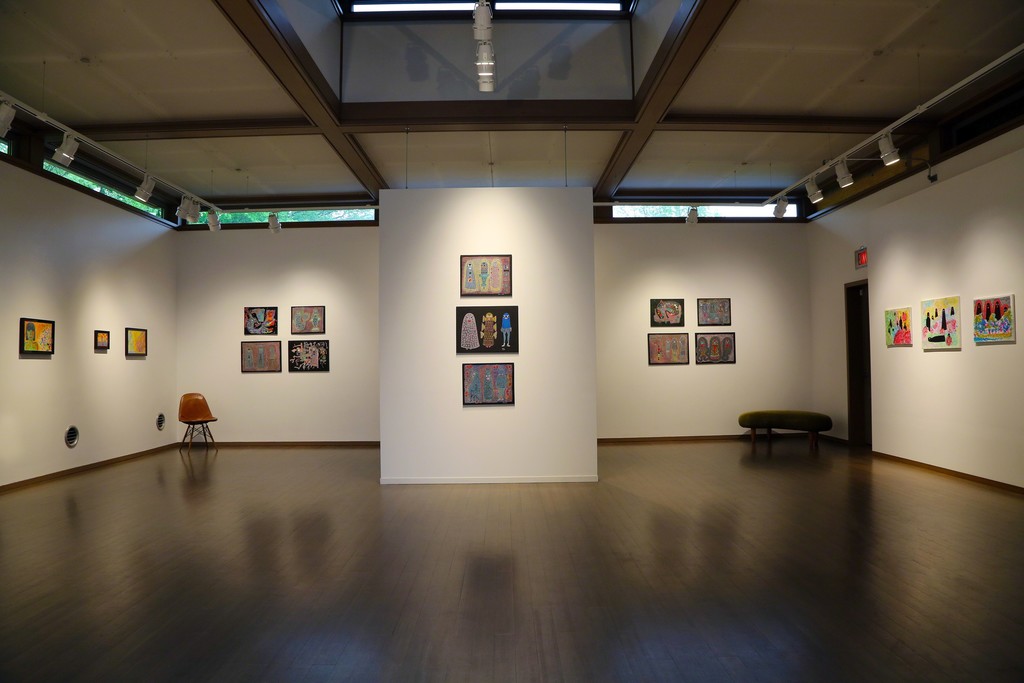 Works in the exhibition span her earliest-known paintings from the 1980s, when County was living in Berlin, through the present. With no formal training, County views her art as an emotional outlet, as well as a catalyst for creation instead of destruction. Never one to be constrained by societal expectations, County’s work defies categorization: her works on paper and canvas marry fantasy, rage, and beauty. Much of County’s work offers a glimpse into her fantasies, which are populated by creatures from other worlds and times; and her obsessions, manifested in repeated motifs such as trees bearing multiple penises and vaginas.

Our exhibition will also feature photographs by Leee Black Childers, Michael Fox, and Bob Gruen, which will highlight County’s important role in the history of rock and roll, as well as underscore her indomitable spirit.

Jayne County (also known as Wayne County and V. Wayne Rogers) was born in 1946 in Dallas, Georgia. She moved to New York City in 1968 and was a regular at the Stonewall Inn and an active participant in the Stonewall Riots. In 1969, she began her career working with playwright Jackie Curtis and also with John Vaccaro and Tony Ingrassia of Theater of the Ridiculous. Andy Warhol cast County in his theatrical production of Pork, and, after the New York run, the play moved to London. While there, County met David Bowie and was signed to his MainMan record label. County is best known as the vocalist in her bands Queen Elizabeth (1972), Wayne County and the Backstreet Boys (1974), and Wayne County and the Electric Chairs (1977). She was also the house DJ at Max’s Kansas City. In 1978, County appeared in Derek Jarman’s film, Jubilee, in which she performed her song, Paranoia Paradise. County has released many records on several record labels. Her autobiography, Man Enough to Be a Woman, was released in 1995, and, in 1997, she was immortalized in Please Kill Me: The Uncensored History of Punk, Chapter 29: Fun with Dick and Jayne. County’s career spans five decades, and she has lived and worked in New York, London, Berlin, and, currently, lives in Georgia.