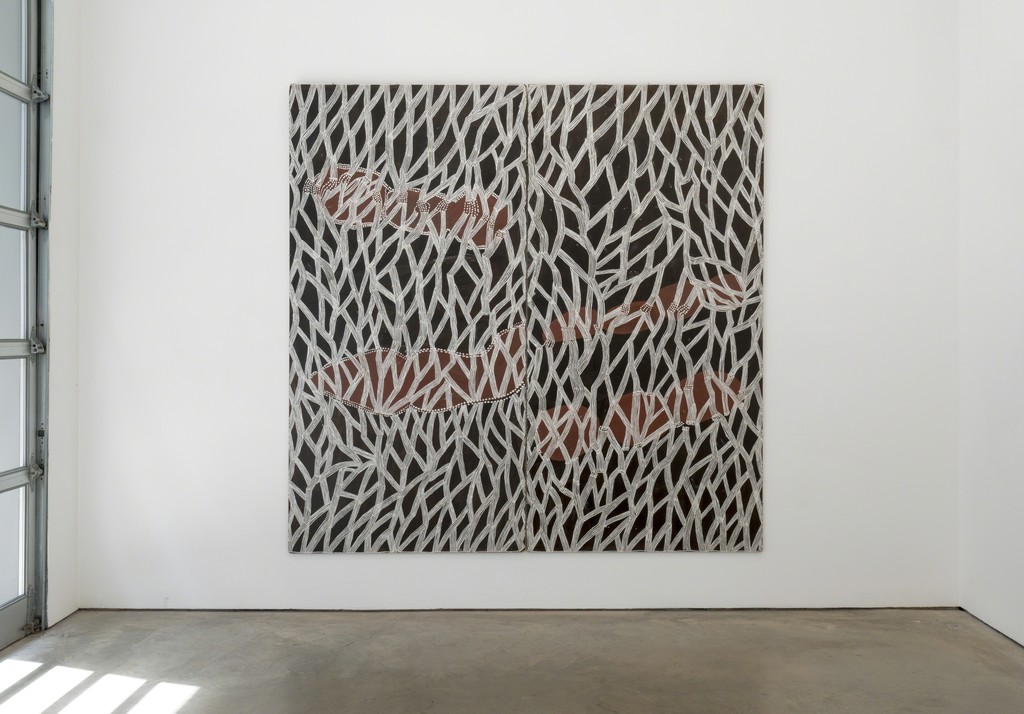 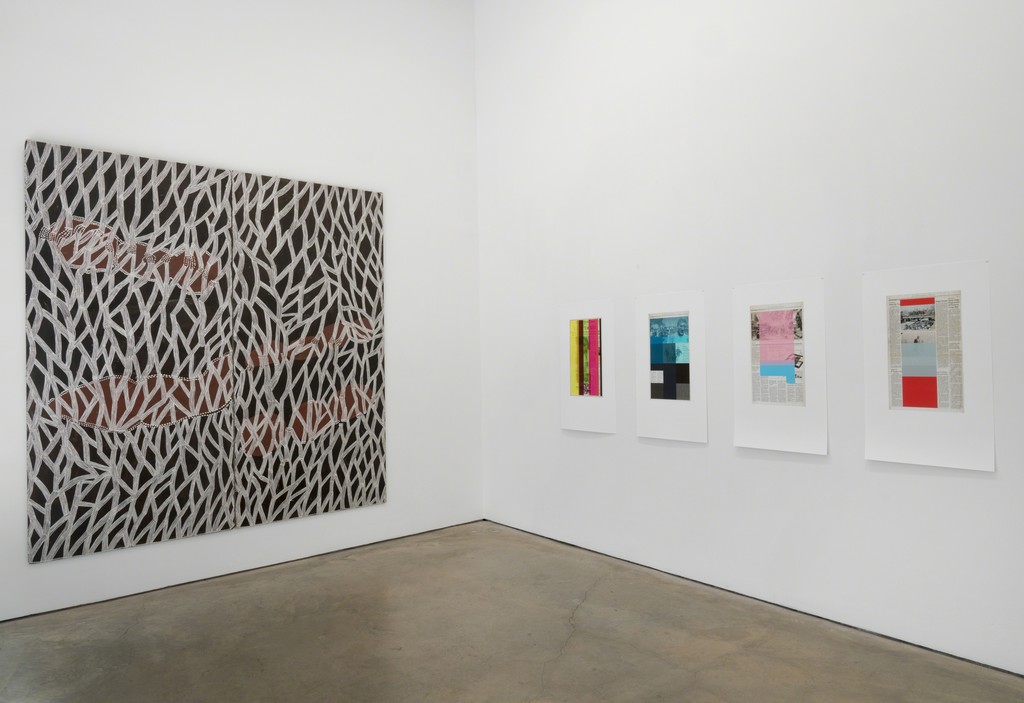 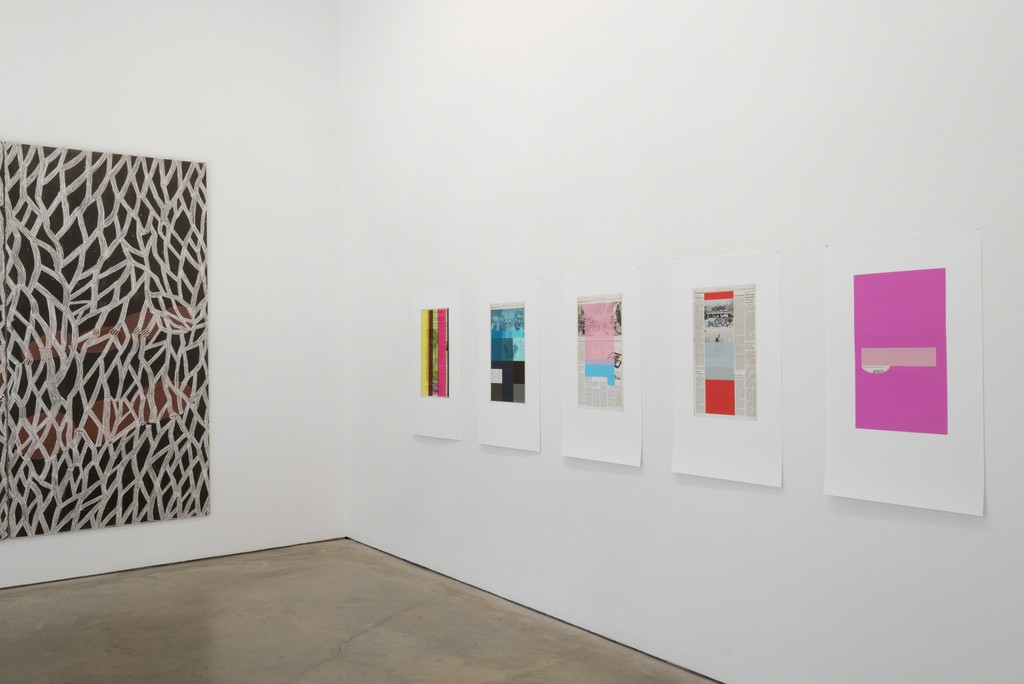 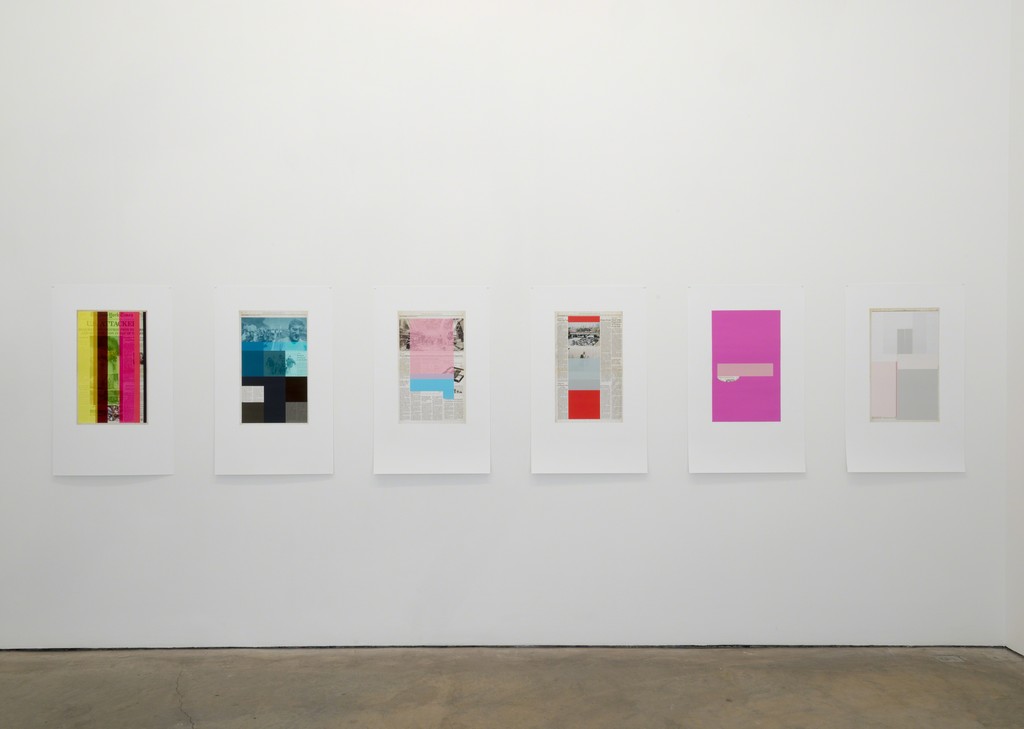 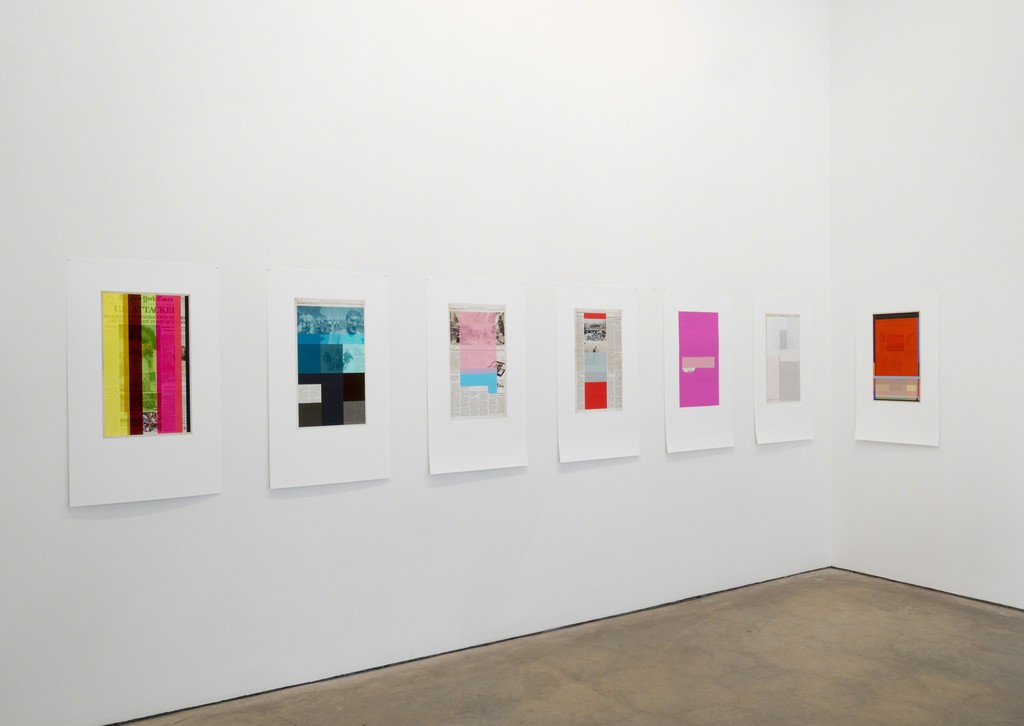 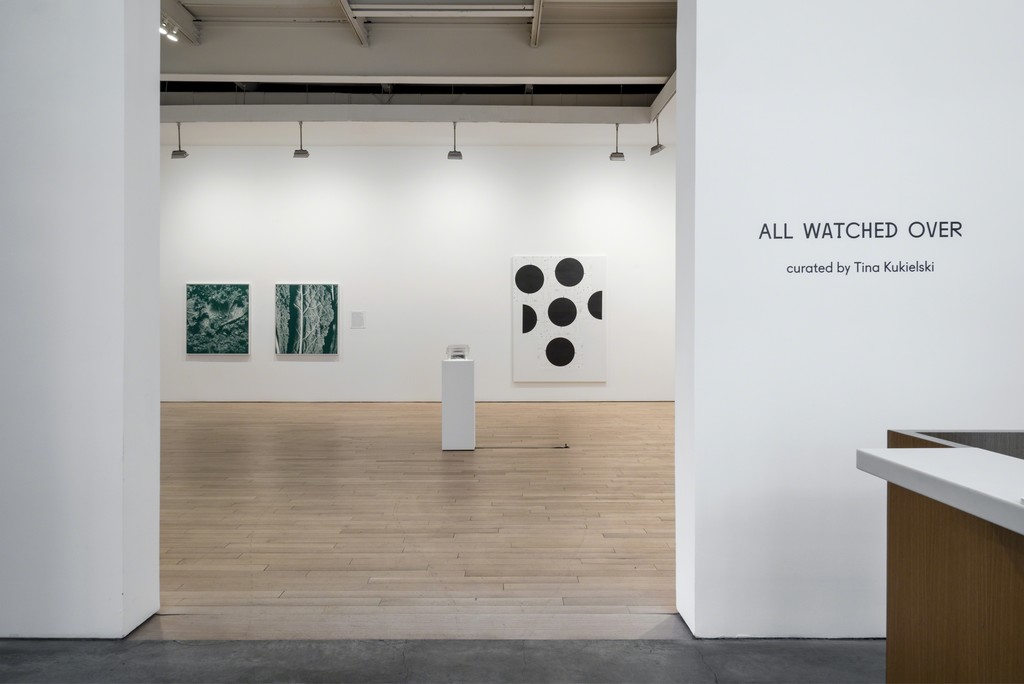 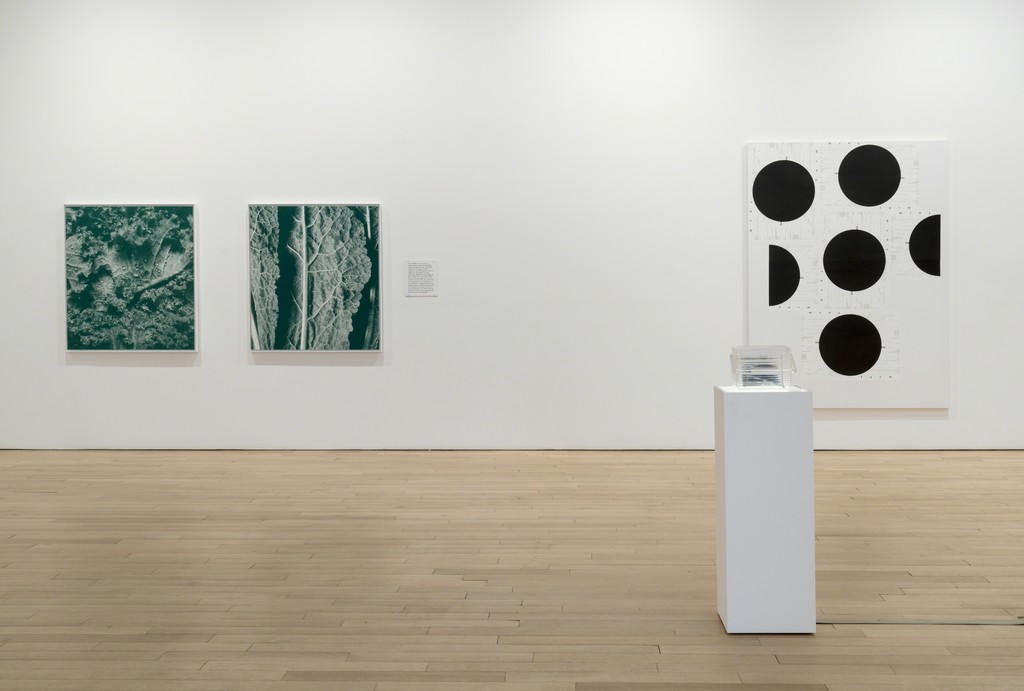 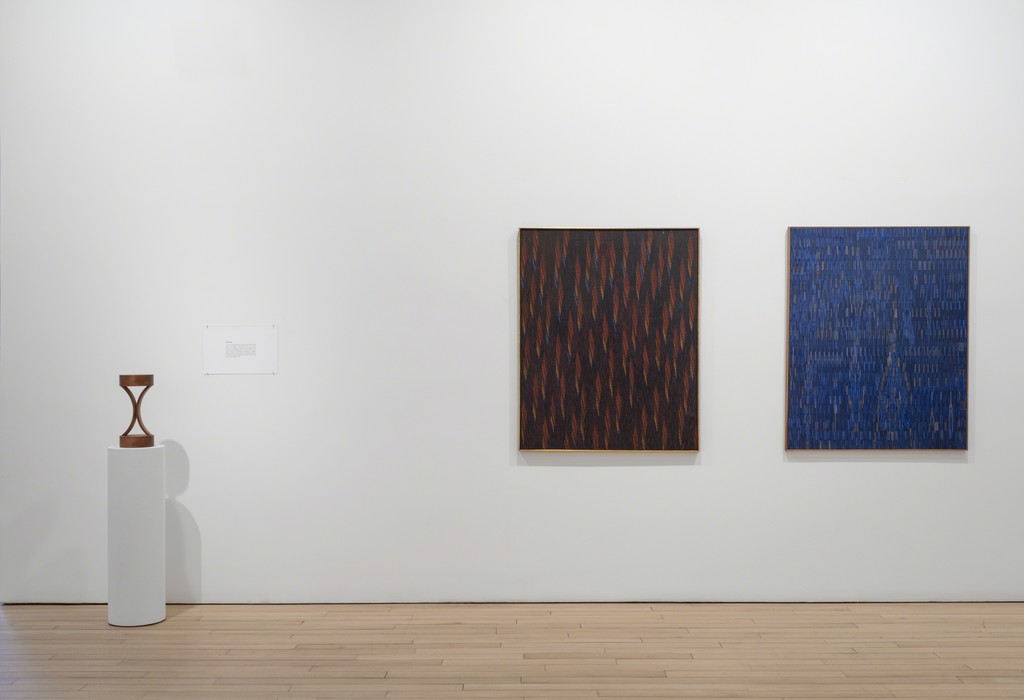 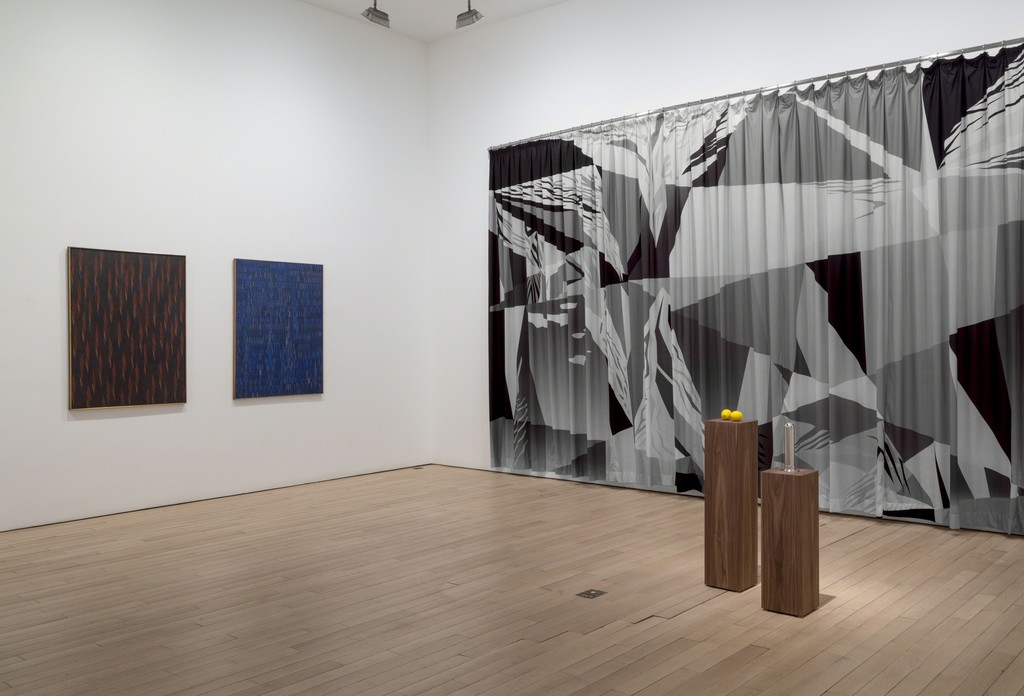 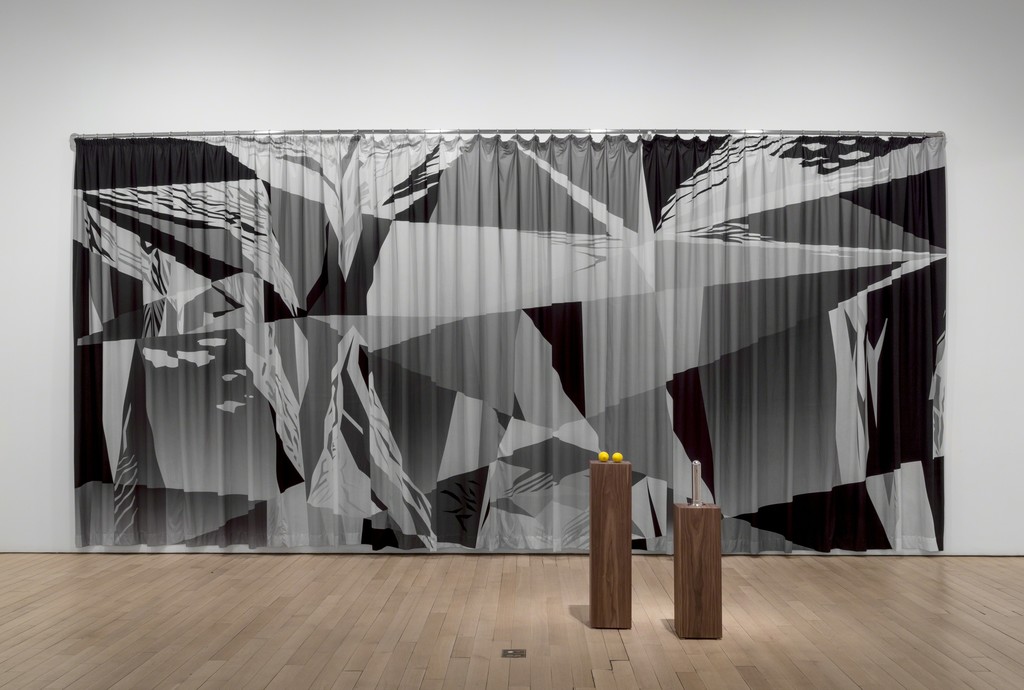 James Cohan Gallery is pleased to present a group exhibition curated by Tina Kukielski entitled All Watched Over, opening on June 25th, 2015 and running through August 7th, 2015.

Richard Brautigan’s poem All Watched Over by Machines of Loving Grace, written in 1967 while he was poet-in-residence at the California Institute of Technology, anticipates an ecosystem where animal, human, and machine live in harmony with nature. Freed from the constraints of labor and balanced by cybernetic feedback mechanisms that regulate and sustain life, the humans in Brautigan’s short poem flourish in a naturalistic techno-utopia. Years later, acclaimed documentary journalist Adam Curtis appropriated Brautigan’s title when he aired a BBC television series under the same name in 2011. From the standpoint of the recent past, Curtis’s wide-reaching documentary analyses the vicissitudes of the postmodern techno-utopia Brautigan alludes to in his poem. In his signature style, Curtis argues that computers have failed to be the great liberators they were once purported to be.

With the promise of a cybernetic techno-utopia as its backdrop, this exhibition brings together a group of artists who apply systems to and in their work. Across a diversity of practices and cultures, the dominant theme in All Watched Over is art in the form of information processing and its diagramming. Set against today’s data-processed landscape, the artworks in All Watched Over transform data into hidden messages, unifying theories, complex diagrams, and personal or cultural cosmologies. As such, subjects of encoding and encryption percolate in a number of works on view; they manifest as algorithmic or systemic codes on the one hand, and through abstraction and the optical experience of language on the other.

Click here for more detailed information on the artists.

Tina Kukielski is an independent curator and writer based in New York. Her recent projects include co-curating the acclaimed international exhibition the 2013 Carnegie International; Antoine Catala: Distant Feel (both at the Carnegie Museum of Art, Pittsburgh); Ugo Mulas: A Sensitive Surface (Lia Rumma, Milan and Naples); and editor of the recent collaborative monograph of Ramin Haerizadeh, Rokni Haerizadeh and Hesam Rahmanian (Kunsthalle Zürich/Mousse). Kukielski held a curatorial position at the Whitney Museum of American Art from 2002-2010 where she organized solo museum exhibitions with artists Sadie Benning, Corin Hewitt, Omer Fast, Taryn Simon, and Sara VanDerBeek and wrote about the work of Gordon Matta-Clark and William Eggleston among others. Kukielski is also a contributor to Artforum, Mousse Contemporary Art Magazine and The Exhibitionist.