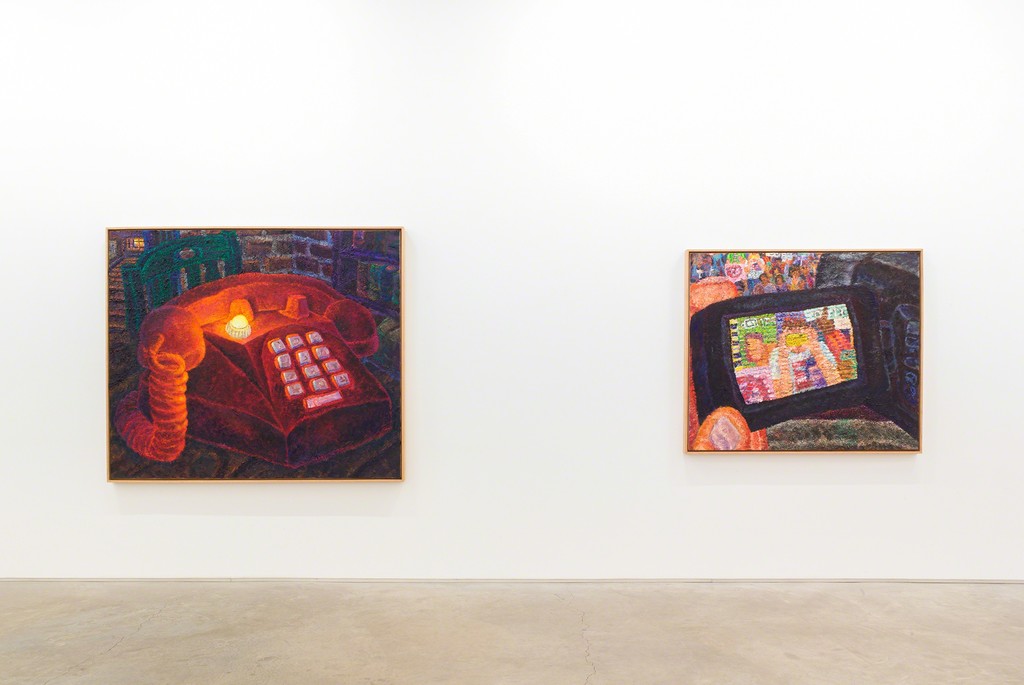 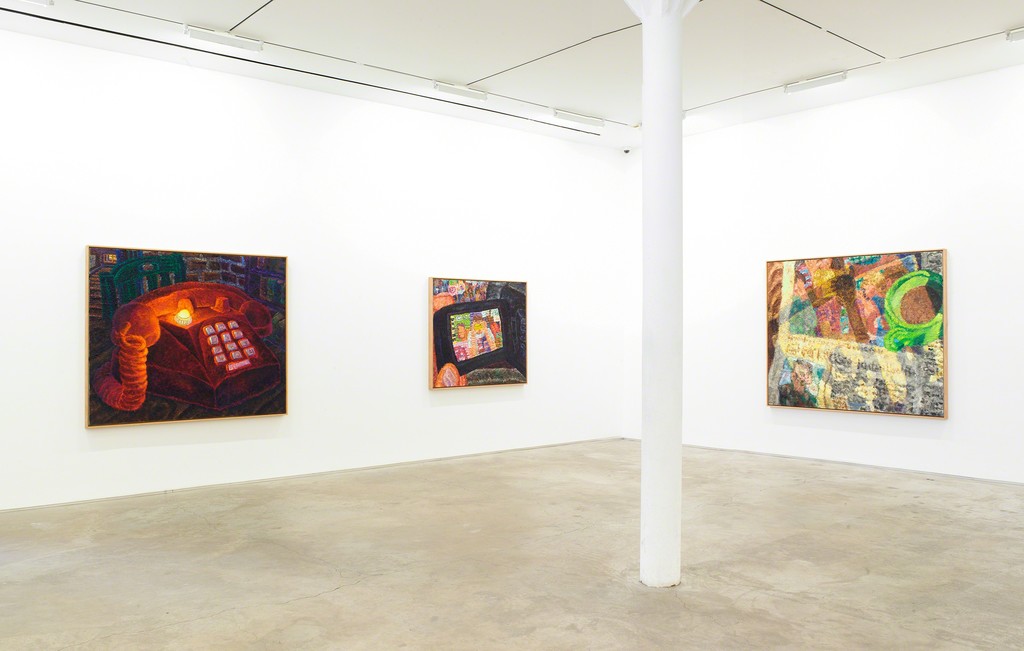 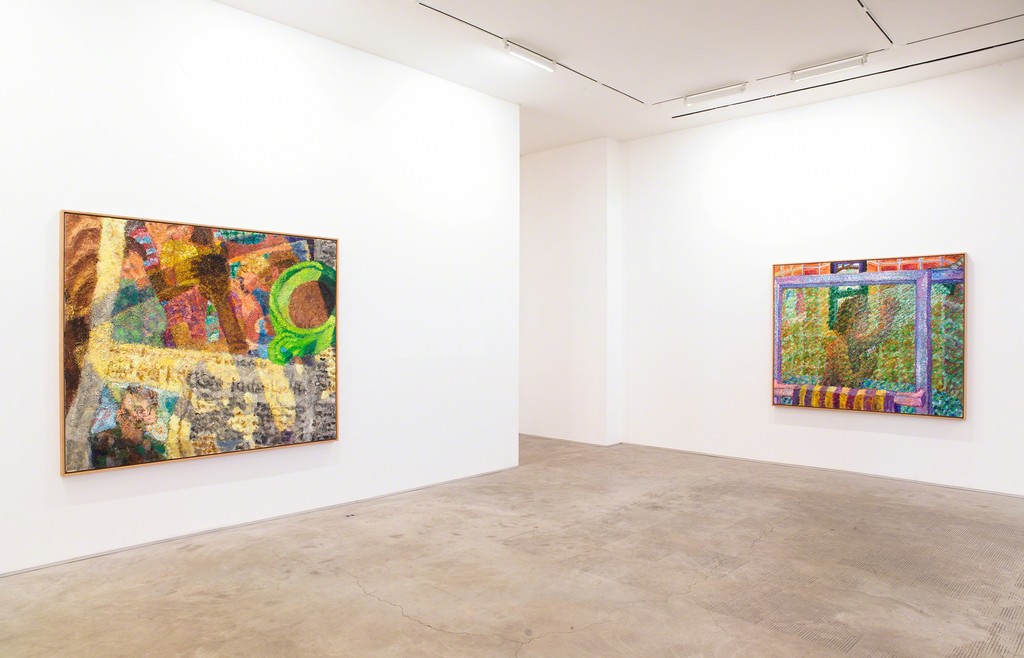 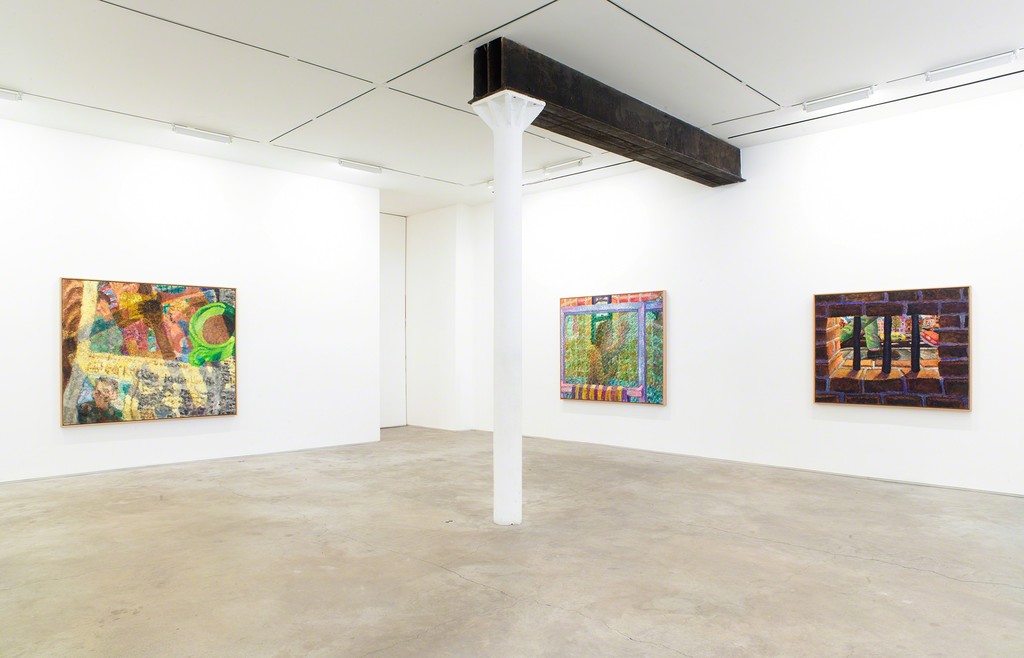 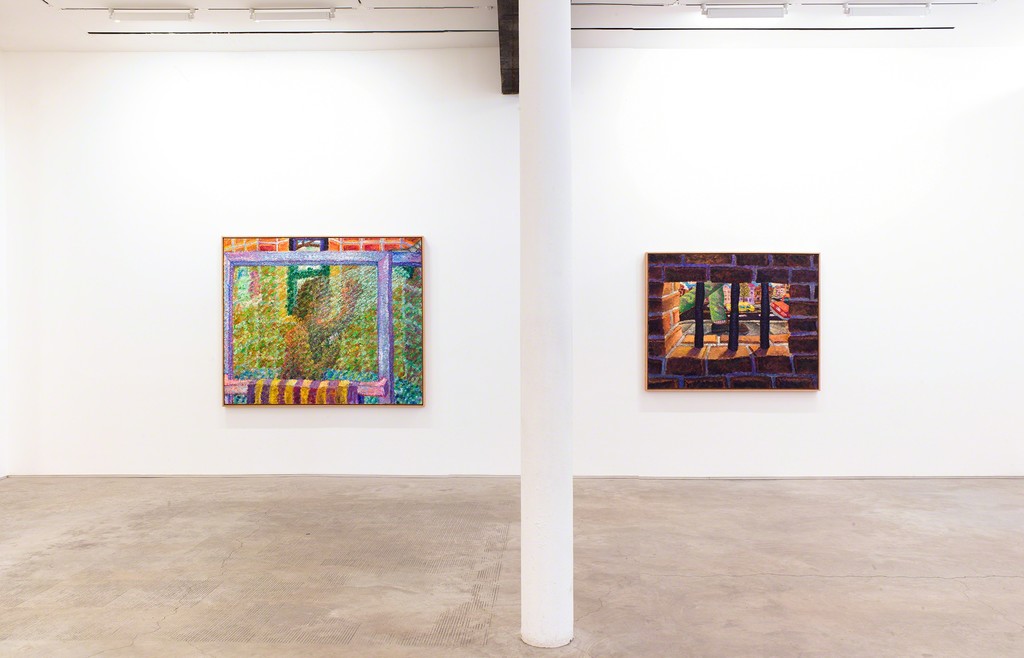 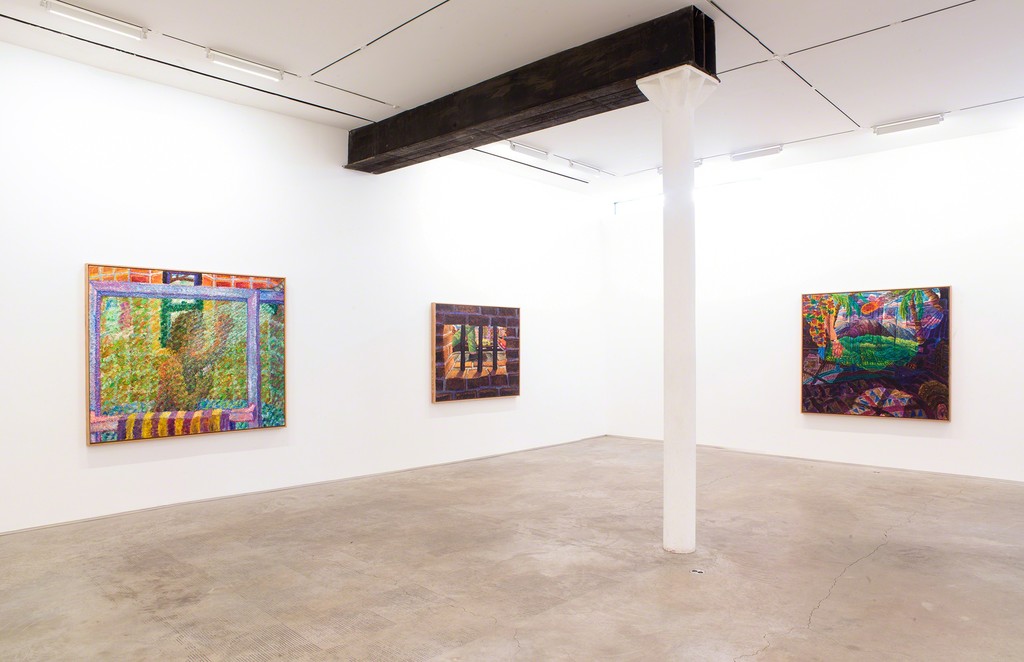 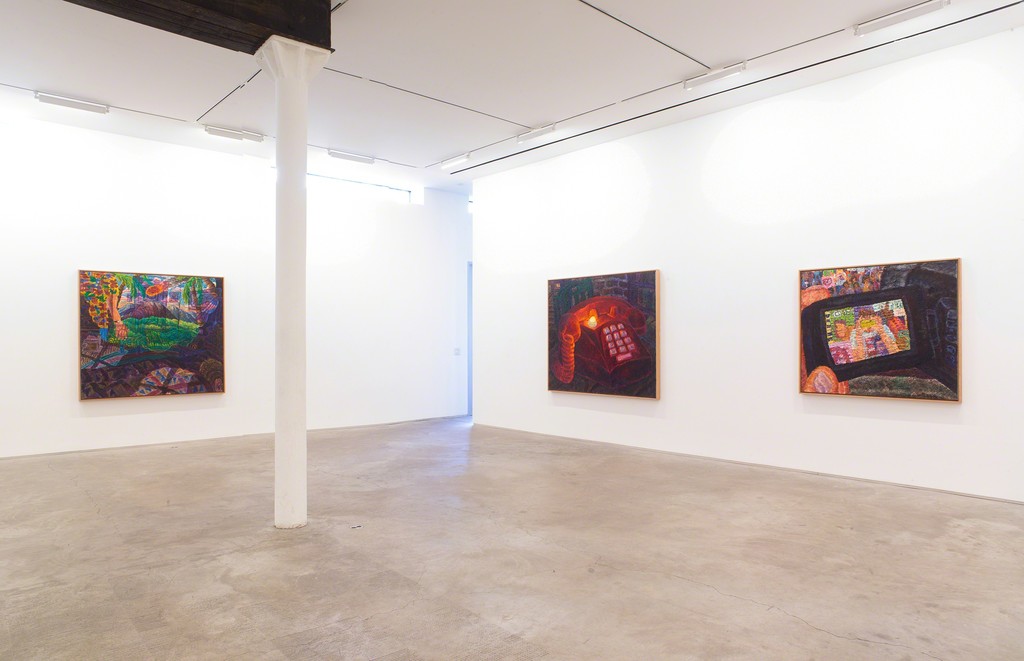 There are two equally powerful forces running perpendicular to each other in Keegan Monaghan’s paintings. One is image, the other is material.

On the one hand, we are confronted with thoughtfully cropped narrative images in the form of mostly large-scale oil paintings, each from a provocative P.O.V. perspective. While the influence of cinematography is clear, a camera is the wrong medium for this work. As material objects, these paintings demand that you see them in person, so that you can take in the whole picture from afar, and then move up close and fall into the abyss of texture. The interaction of physical material process and cerebral cartoon image is what gives the work its visual and emotional depth. With a bizarre oil paint application, Monaghan obsessively builds choppy layers of saturated colors. Thick and dry brushstrokes crisscross in a psychedelic reverberation. In opposition to the highly orchestrated narrative images, zooming into the paint reveals an alternate, material story that hits you on a visceral level. What drives someone to bury paint under paint under paint under paint on the same surface for a year? There is a morbid and mysterious ritual taking place here. Why?

Zoom out again. The singular images freeze time in deceptively ordinary moments: a vintage red telephone sits in a dark room with an ‘incoming’ signal emanating light; a glass door distorts a voyeuristic view of a figure showering; city traffic is pictured from the cage-like vantage point of a basement window; a meaty hand points a camcorder toward a crowd of protesters. In “The Paper”, a newspaper and coffee cup are dressed in harsh morning light, projecting the shadow of what seems like a lovely window view onto an ambiguous yet ominous front page.

But ‘banality’ is a misleading term when bodies exist in such disparate conditions. When whole communities lack access to clean running water, can we call showering ‘mundane’? Rather than interpret Monaghan’s slice-of-life scenes as a projection of universality, it’s more helpful to see these timely images as honest reflections of his specific circumstances. In “The Dream”, we peer into a ‘quintessential boy’s room’, complete with posters of cars and rock stars, at what looks like a ‘quintessential boy’ dreaming in bed. Floating above him, a bright dream bubble overlays the room with a cinematic action still. Inside the bubble, a huge meteor blazes toward a lush landscape, foreshadowing a tropical apocalypse. In the foreground a pasty man in a Hawaiian-print shirt helplessly looks out at the looming disaster, but he is far enough removed as to avoid direct danger. Sincere despair is experienced from the safety of a comfortable bedroom.

Monaghan’s only small painting, “The World”, is paradoxically the most macro scene. It portrays planet Earth as a fuzzy blue and brown ball hovering behind the purple clouds of some other world. Though the image asks you to zoom out, the paint beckons you back in. As you move closer, planet Earth crumbles into dabs of tactile color. Just when you think you’ve figured out the metaphor, you are left suspended in the chaos of goopy, sticky pigment suspended in oil. The considered humanity of this work lies in the constant coming together and falling apart of material and idea. Consciousness is far too layered to be just one thing.