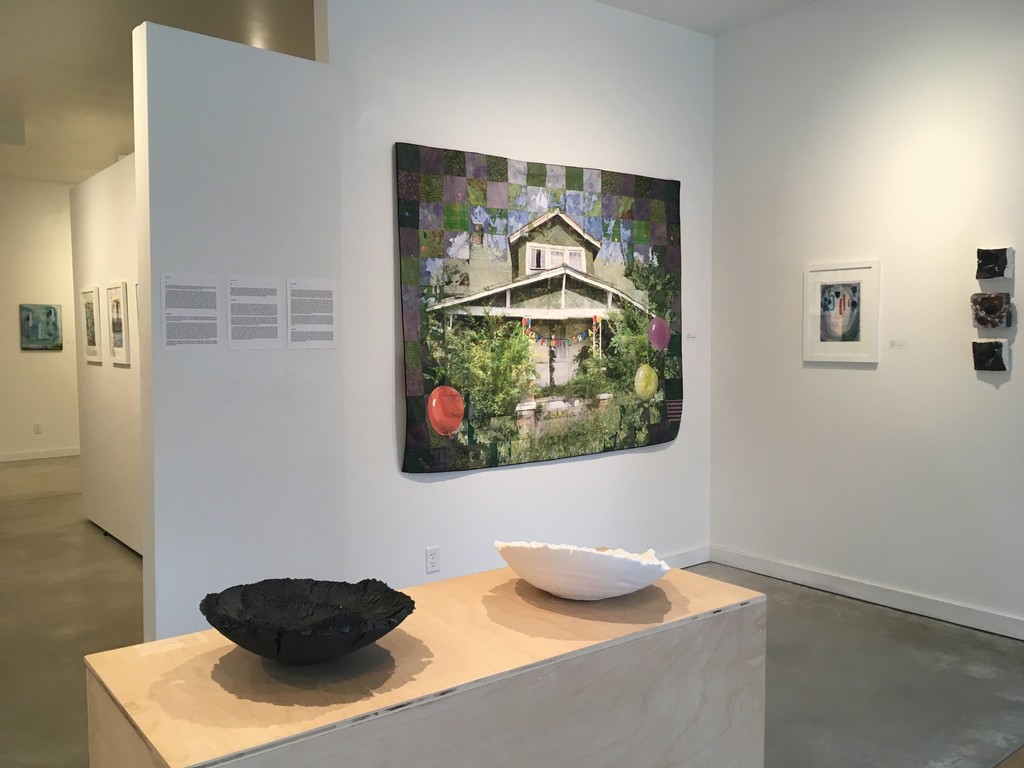 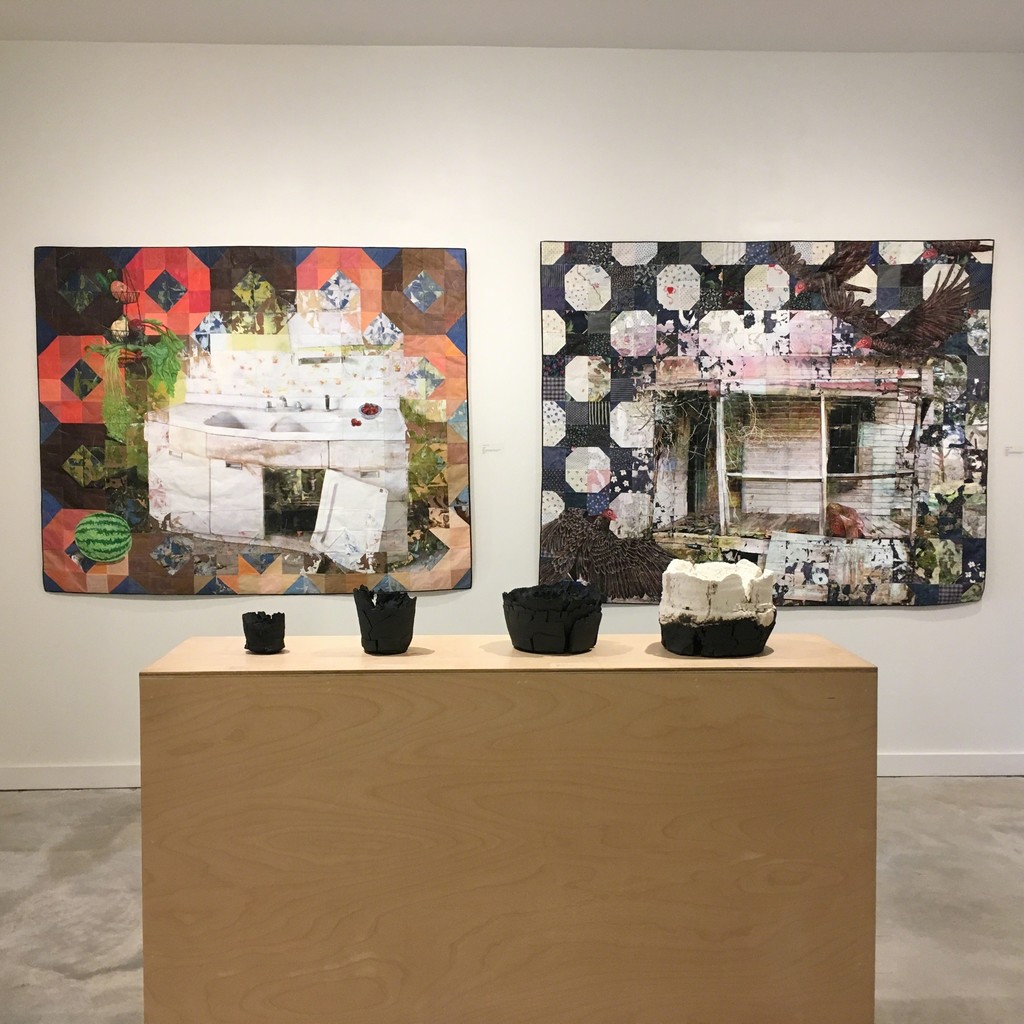 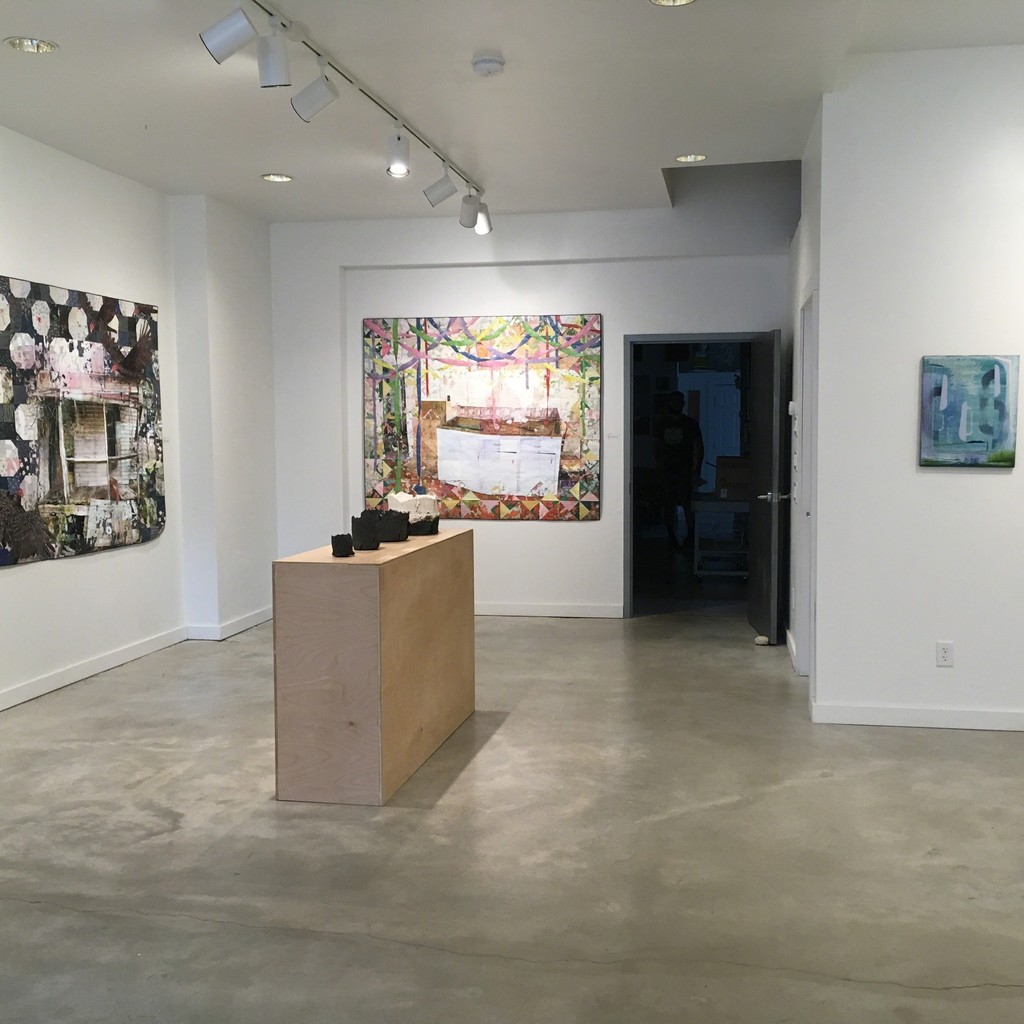 "As an artist, I search for meaning in the unknown. Exploring a world beyond my own tangible reality,I see myself as part of a larger, richer universe. A universe that expands further through a conscious effort to embrace the meaning of that which I create in my own personal life, as well as the experiences generated by the lives of those around me."

Gabe Brown was raised in New York City. She received her BFA degree in 1989 from The Cooper Union and was awarded a Full Fellowship to attend the Skowhegan School of Painting and Sculpture. Two years later she received her MFA in Painting from the University of California, Davis.

In 2014 she was the recipient of the Sustainable Arts Foundation Award and chosen to be one of two artists for a public arts project for ArtBridge. Last year she was a juror for Epic Epoch Residency in New York City and has curated three exhibitions at KMOCA for their 2015 season. Gabe Brown is an Adjunct Professor in Painting and Drawing at Fordham University and SUNY New Paltz where she has received two Merit Awards for ProfessionalAchievement. Gabe Brown Lives in the Hudson Valley, NY.

I am always conscious of my place in the landscape and my impact on the environment. In my work I respond to visual influences that reflect time through cyclical natural processes. My work has been influenced by information gathered at various “sites”, places in the natural environment that I have responded to visually. The connection of the natural in conjunction with mechanized systems that we as humans are a part of, influence my work. I am interested in how we as human beings in the 21stcentury interact with the landscape. We often have the best intentions in mind but in actuality we cause more harm than good. Through the tangible experiences that shape our lives we see life, death, decay, and rebirth. These extremes in life and nature make me aware of my own impermanence and just like the highest mountains whither to sand so will my body turn to dust. I make objects that represent these natural processes of time and life and show a depleted barren depiction of the future of our fragile landscape.

At the age of 7, Jeana Eve Klein (b. 1975) pillaged her mother’s dormant knitting basket and made 100 yarn pom-poms which she strung together and hauled through the house on a leash, like a long, limp pet snake. At the time, she lived in Michigan and it was probably winter, so it was a perfectly reasonable way to pass the time. A couple years later, she got ahold of the latest issue of Woman’s Day and bastardized its simple doll-making recipe with a result whose household name alternated between FrankenKlein (due to the sloppiness of his stitching) or EinKlein (due to the exuberance of his hair). In the thirty-plus years since, Klein has continued exploring the world of textiles in all its infinite, tactile, compulsive joy.

Now that she is college-educated (with an undergraduate degree from the College of Design at North Carolina State University and MFA from Arizona State University) and a theoretical full-fledged professional, Klein’s work has become more consistent and cohesive than her early beginnings. Her recent studio practice has coalesced around the broad theme of value: how society in general assigns value (or worthlessness) to objects, and how the art world, specifically, assigns value to works of art, craft and design. These ideas are made tangible through large mixed media quilts and tiny obsessive embroideries. The quilts draw—both visually and conceptually—on Klein’s infatuation with abandoned houses. She uses digital photography and inkjet printing to capture the reality of abandonment, superimposed with her painted imaginings of the houses’ former lives. In the embroideries, Klein analyzes the value of the artist’s hand by neurotically making (and counting) French knots, and then somehow convincing others to do her stitching for her. In her latest project—begun after the inauguration of Donald Trump—Klein is considering the false sense of participation, the ineffective activism, and the echo chamber of social media via text-based works constructed of hand-cut recycled fabric.

Klein’s work has been exhibited internationally, including recent solo exhibitions at William King Museum (Abingdon, VA), Jasper Arts Center (Jasper, IN), Rehoboth Art League (Rehoboth, DE), College of Lake County (Grayslake, IL), and Cary Arts Center (Cary, NC). Images of her work have appeared in American Craft and several volumes of Surface Design Journal. She has been the lucky recipient of one Foundations Fellows grant, two University Research Grants and many Undergraduate Research Assistantships, all generously supported by Appalachian State University. She is a 2014 recipient of a Craft Artist Fellowship from the North Carolina Arts Council.

Klein lives in Boone, North Carolina with her awesome husband and two super cute kids, and is Associate Professor of Fibers in the Art Department at Appalachian State University.