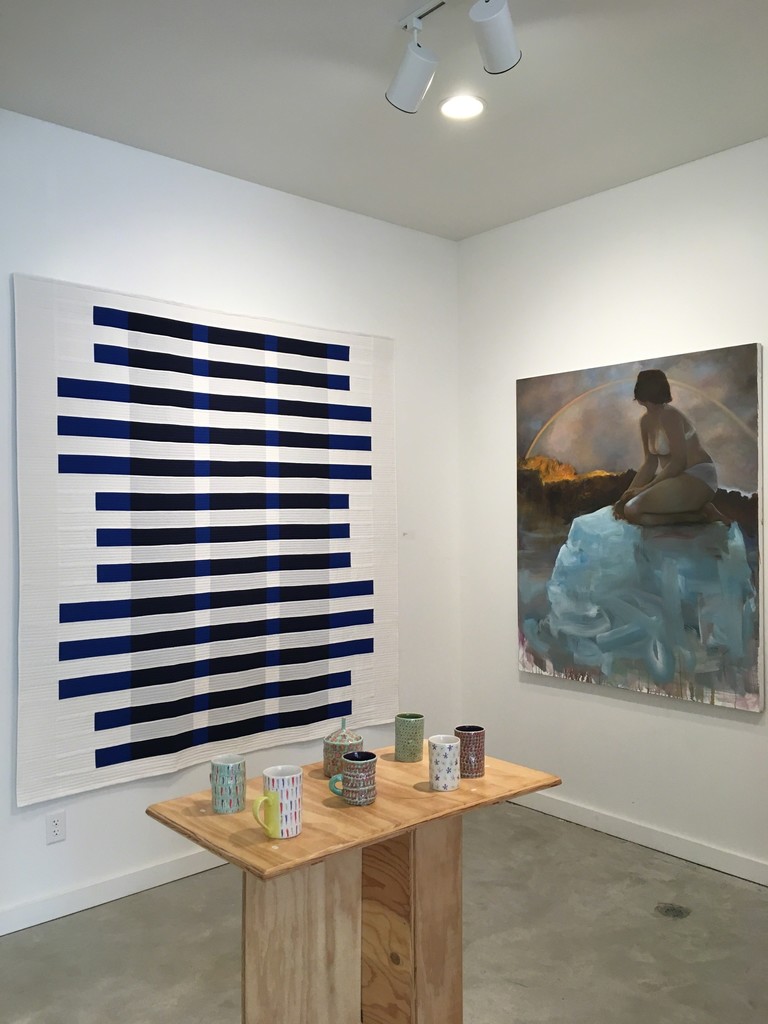 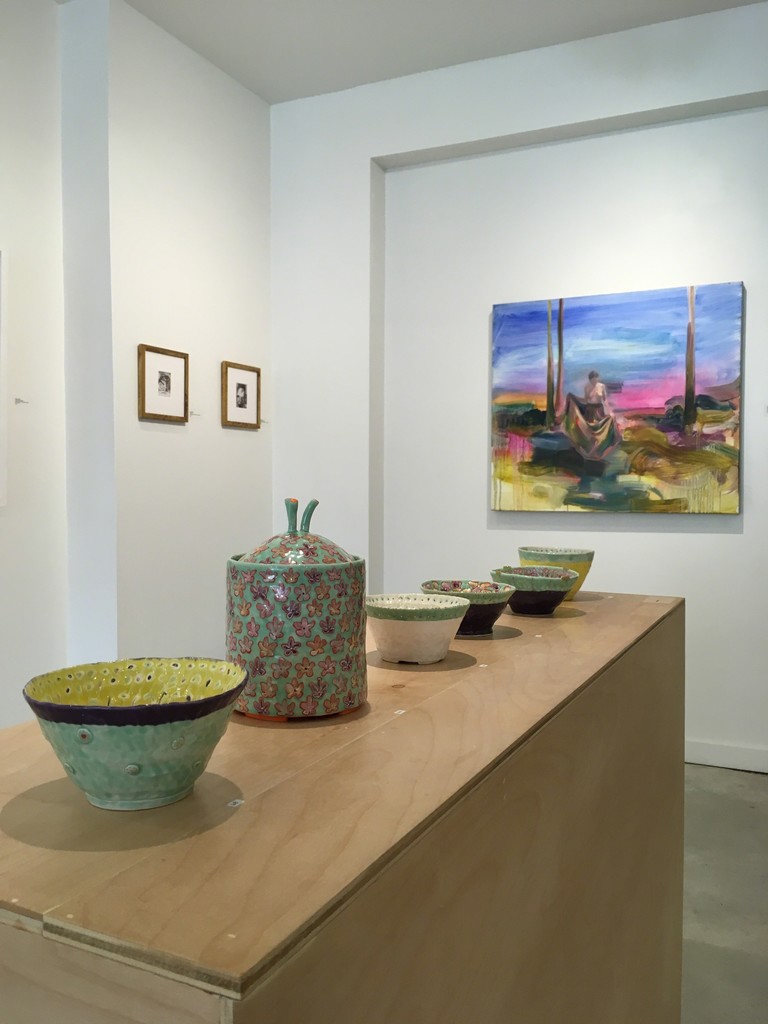 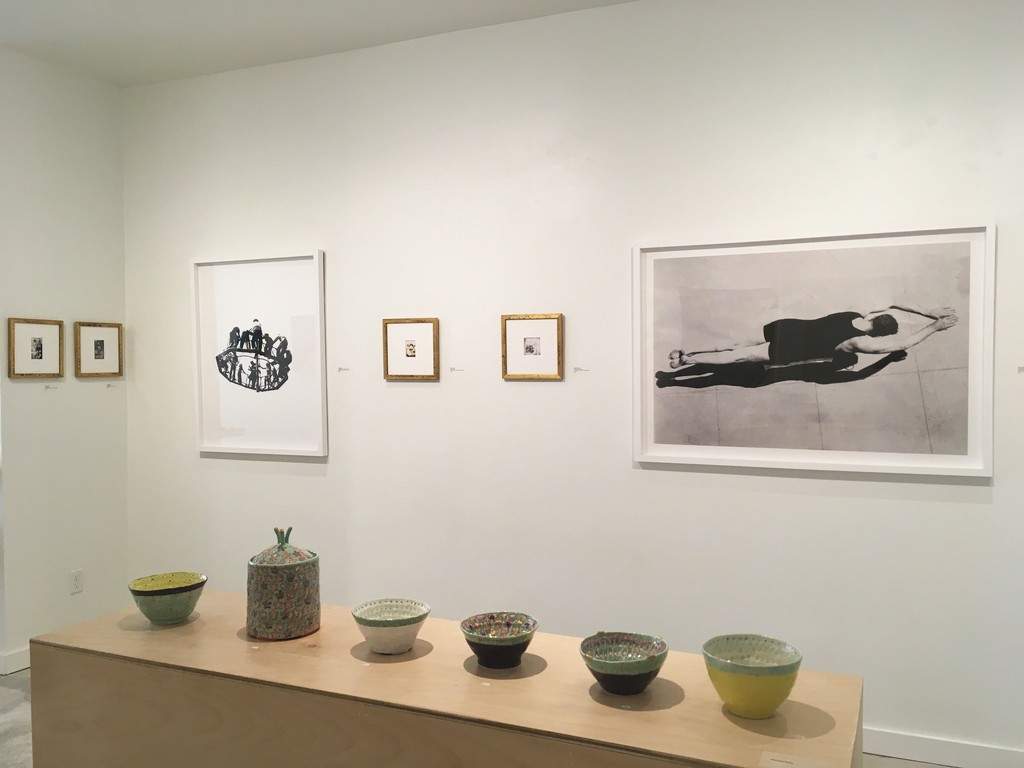 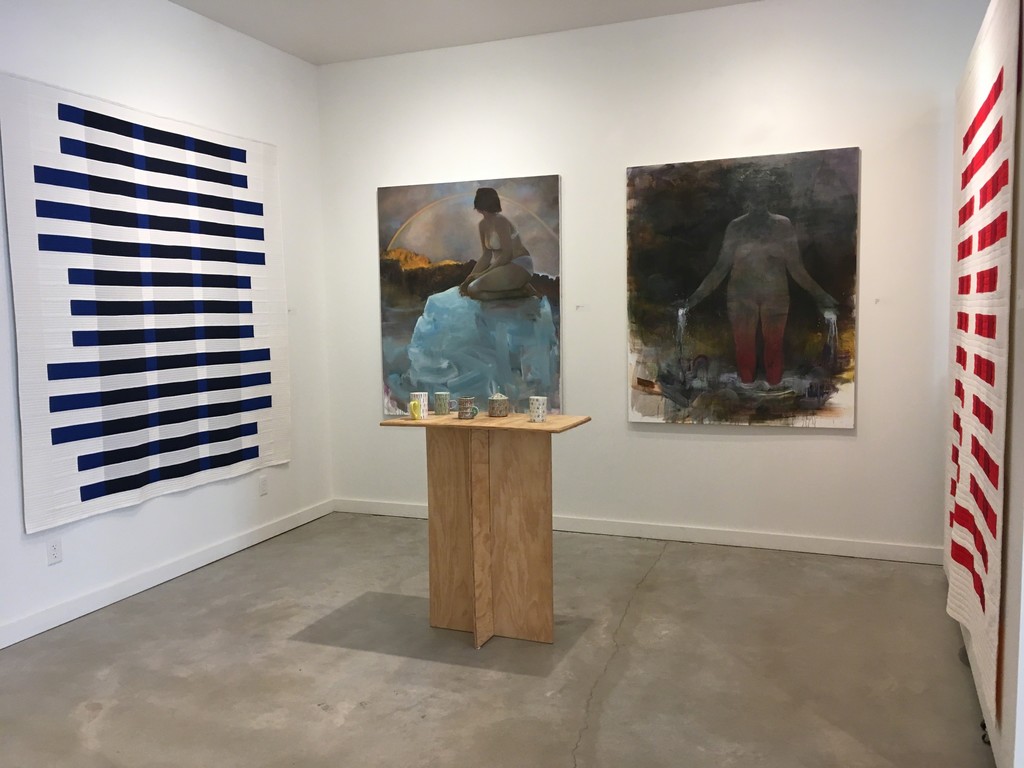 This show will co-incide with the monthly art walk on historic Steele Street. Come see this dynamic group of artists and be a part of the energetic art community in Algoma!

Mira Gerard
Mira Gerard’s creative practice spans painting, performance, and video. She received her BFA from Indiana University in Bloomington, Indiana and her MFA from the University of Georgia in Athens, Georgia. Her work has been exhibited at a range of venues including Knoxville Museum of Art, Torrance Art Museum, Huntsville Museum of Art, Arkansas Museum of Art, Wichita Center for Contemporary Art, Converge Gallery, Marianne Boesky Gallery, and more. Her work was selected for New American Paintings #118 (Southeast Edition, 2015) and has been published in journals including Poets & Artists, The Cortland Review, and Manifest Painting International. She has presented papers and performance & video works on the intersection of art and psychoanalysis at conferences including the International Zizek Studies Conference, LACK, Psychology and the Other, and the Southeastern College Art Conference. She has been awarded fellowships for residencies at Ox-Bow School of Art, Cill Rialaig Project, The Hambidge Center, The Vermont Studio Center, and the Virginia Center for Creative Arts. Mira Gerard is Chair and Professor in the Department of Art & Design at East Tennessee State University in Johnson City, Tennessee where she has lived since 2001.

I use quilts as objects and as storytellers. Using craft as a means of storytelling carries the weight of its historical context. The quilt making process strengthens my relationship between the material and this context. I am fascinated by the essentials of the materials - the root of pattern, the push of geometry, and the joy of contrast. The quilt making process is intimate, tactile, repetitive - often becoming a meditation on itself. I use process and materials to push the boundaries of historical context.

S.D. Evans
Originally from Southeastern Pennsylvania, I am a self-taught quilter and am highly influenced by the traditional quilt patterns I saw as a child. Since then, I have made my home in various cities and use those experiences to adapt traditional patterns to create a new narrative. The shapes and patterns used reflect my home and community while the method and materials used recall traditional quilt making influences.

My current work focuses on the effects of relocation, the displacement of self and others, and the struggles of creating a cultural identity in a fluid society. While exploring place and identity, the goal is to connect traditional craft with contemporary life.

Melissa Mytty
Melissa Mytty was born and raised in the suburbs of Detroit, Michigan. She received her BFA in ceramics from the College for Creative Studies in Detroit in 2005 and her MFA in ceramics from Cranbrook Academy of Art in Bloomfield Hills, Michigan in 2007. She then moved to Philadelphia, Pennsylvania to be a Resident Artist at The Clay Studio where she remained from 2007 through 2012. Mytty’s work focuses on the vessel format created by hand building techniques of pinching, coiling or slab building. She often injects elements into her work from her own interests that include food, travel, patterning, and fashion. At times her work is boisterous, colorful, heavily patterned and over the top and other works are quiet and contemplative. Mytty makes creative use of layers of glaze to add depth to her forms. Gold luster accents lend a touch of elegance. Each form is one of a kind hand made and uniquely glazed by creating variations on every design. Mytty has exhibited nationally and is currently living and working out of her studio in Collegeville, Pennsyvania.

Megan Magill
Megan Magill is an artist based in Chicago and Maine. She received her BA in Humanities at the University of Colorado, her Masters from Northwestern University and her MFA from Maine Media College. Her work has been exhibited in group and joint shows nationally and she was recently a semi-finalist in the Print Center's International Competition. My Business is Circumference was featured at the Detroit Center for Contemporary Photography and The Habit of Winning was featured in F-Stop Magazine’s portfolio issue with an interview by William Cox and in a print publication with LDOC . In the fall of 2017 her work will be published in American: Authors, Interpreters, and Composers a book series created by Patricio Binaghi of Paripe Books and designed by Matt Wiley of the New York Times Magazine.