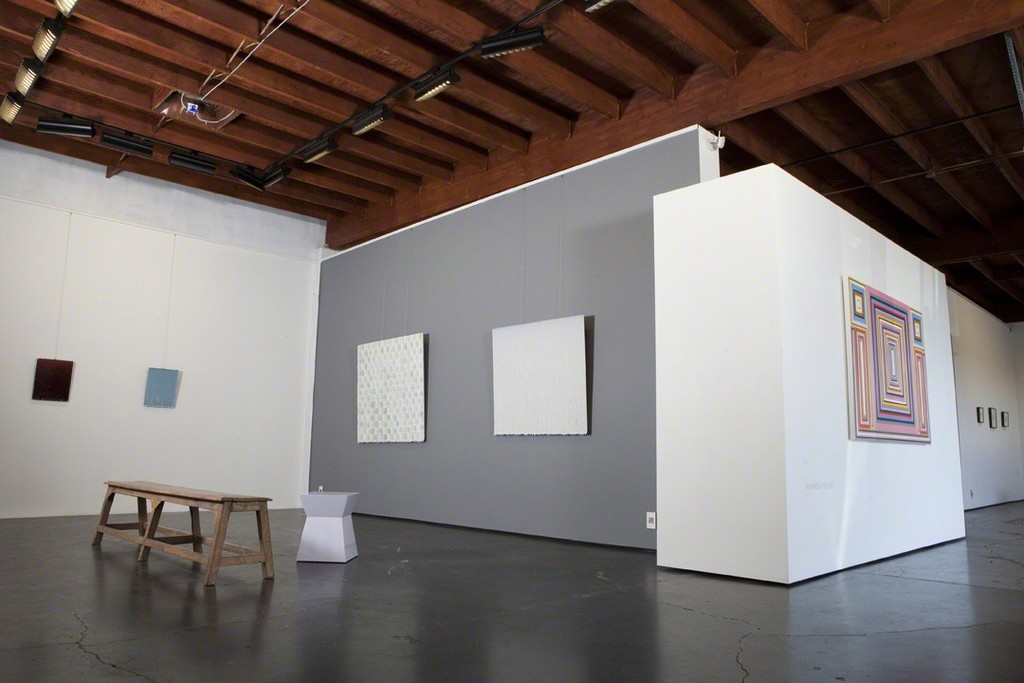 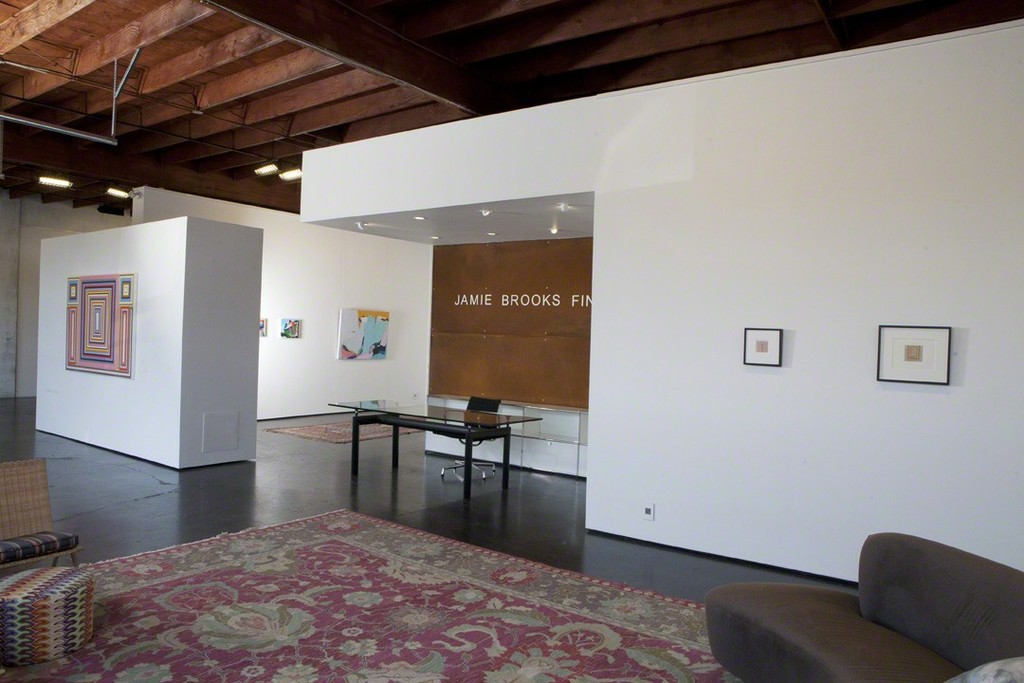 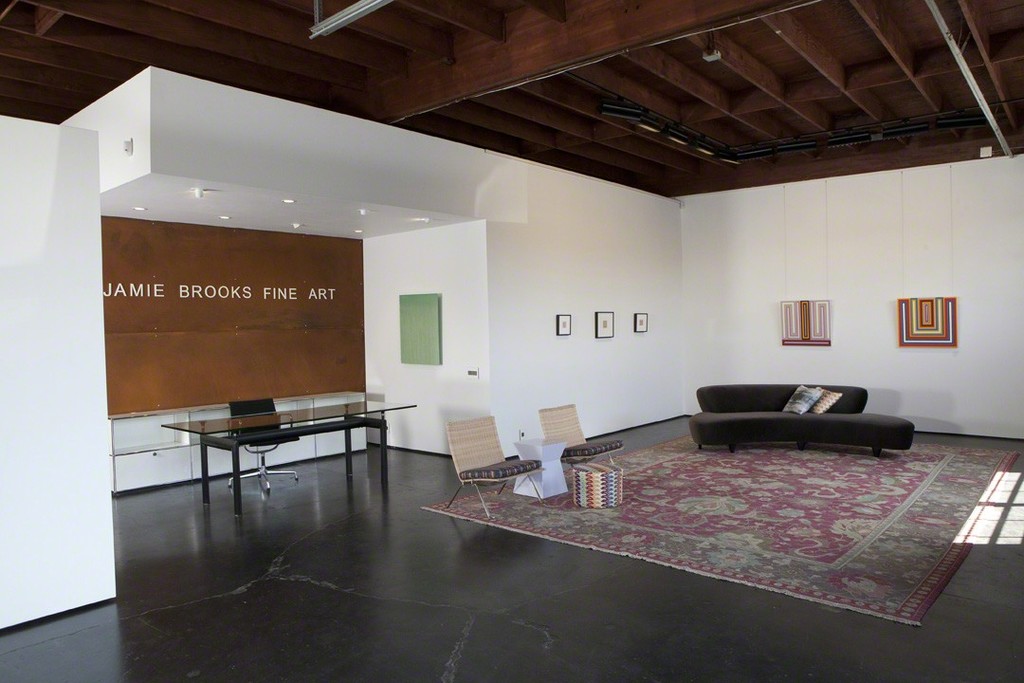 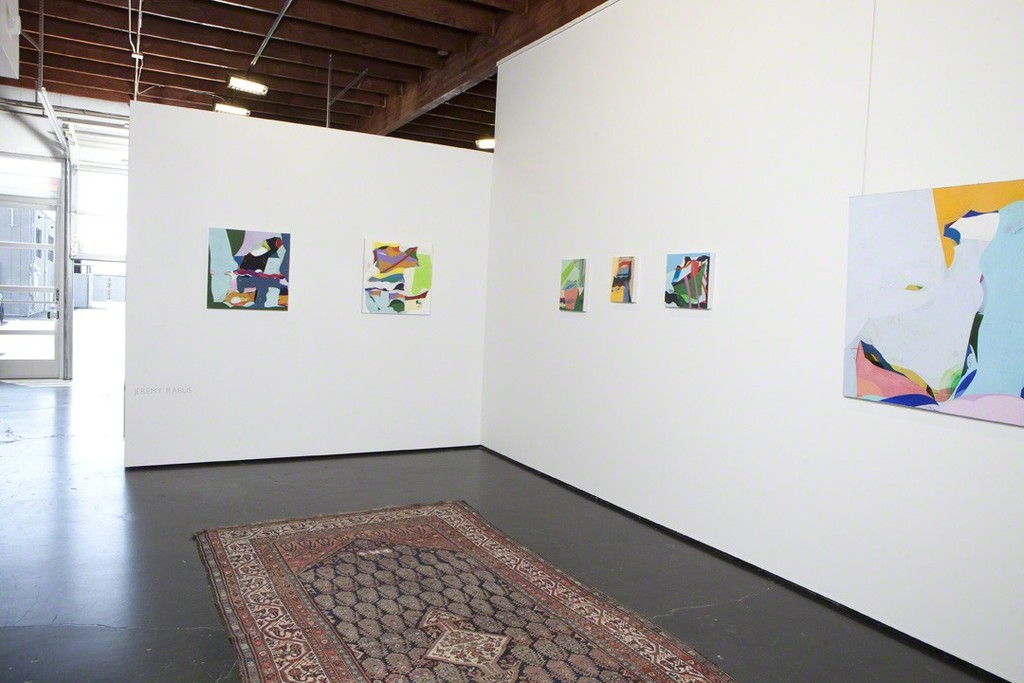 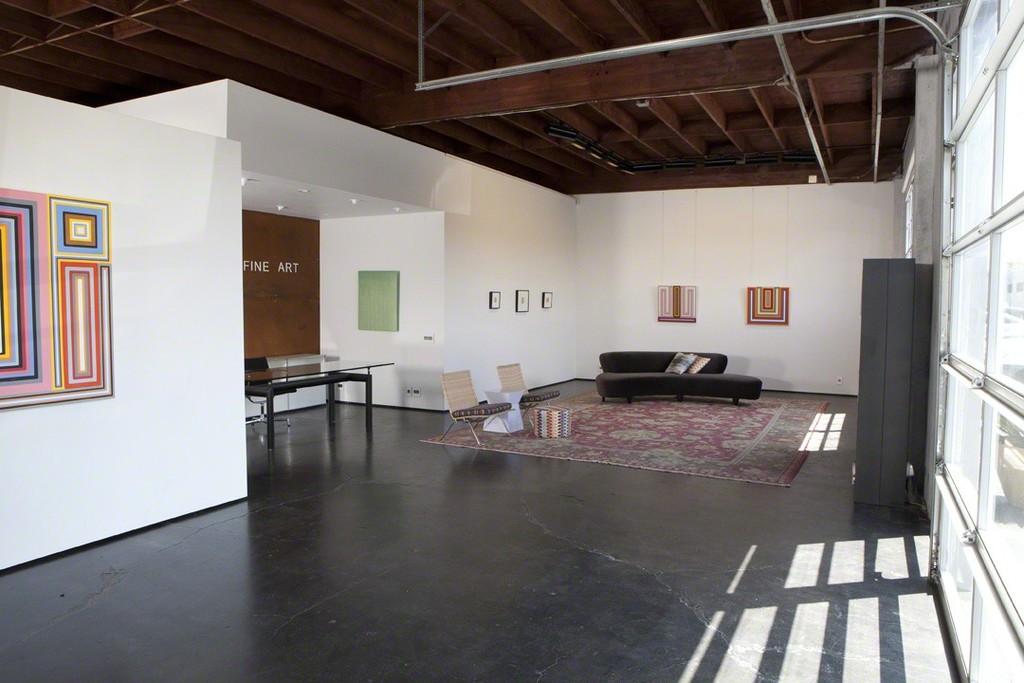 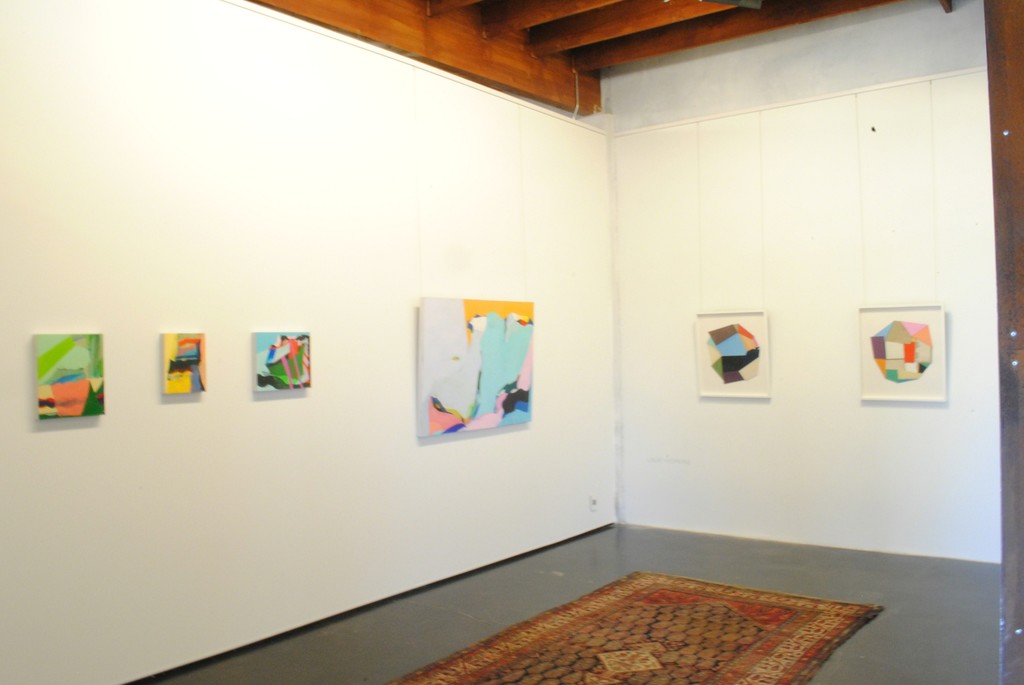 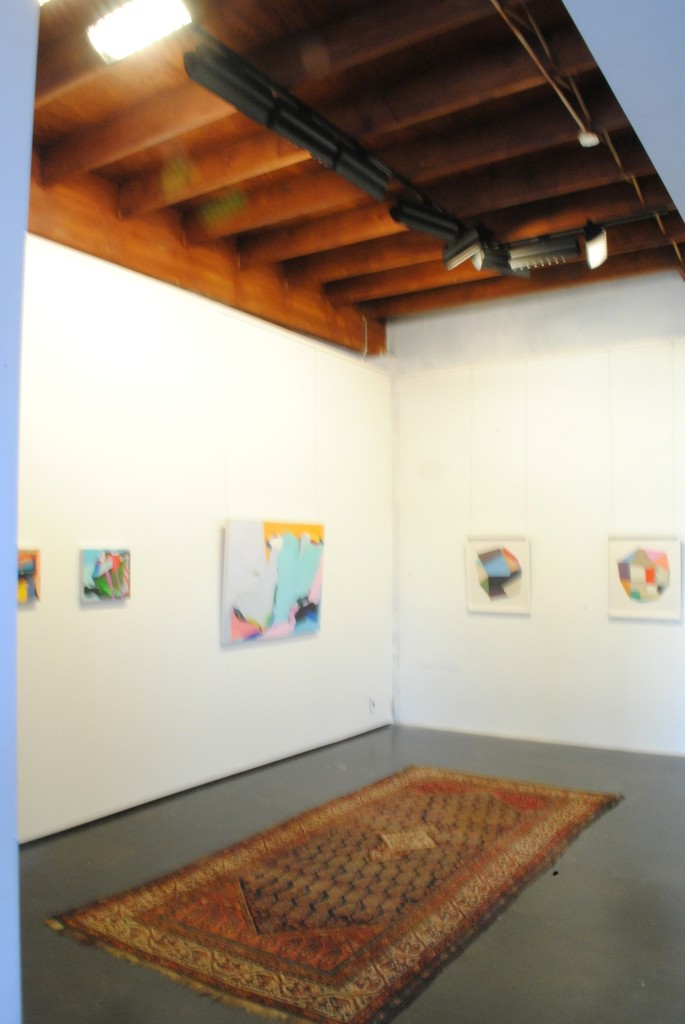 Costa Mesa, CA – July 10, 2014 – Jamie Brooks Fine Art is pleased to present Allure, featuring Anna Bogatin, Joseph Cohen, and Warren Isensee. Immediately alluring with its freshness and color, this exhibit entices the viewer to investigate, stroke by stroke, the artistic process. Each piece tells the narrative of its making over time, from hundreds of layers of paint to thousands of free-hand lines, columns and stripes. Free of representation and code, but rich in experiential data, these three artists underscore the historical promise of painting as a medium of light and contemplation.

Anna Bogatin's works are the product of patient accretion of marks, analogous to weaving or chanting with its repetition and subtle variation. Her short strokes become columns and fields that are bisected by one thin luminous light strip reminiscent of a horizon. Light as ground or ground as light seems very much in keeping with the Buddhist meditation practice that inspires Bogatin’s works. Like her predecessors, Agnes Martin, Barnet Newman and Ad Reinhardt, she is concerned with art as a communicator of emotion and harmony of form.

Joseph Cohen investigates and invents the basic language of painting, from support to surface. His recent “Propositions,” are on birch supports with forty-five degree angled sides. This unique framing style dynamically levitates the painting from the wall. The shadow cast by the painted surface is as important as the surface itself, forcing us to question our understanding of the definition of painting. Cohen's beguiling surfaces aren't a quick read; they have been brushed with hundreds of layers of paint composed of pigment, gold, platinum, silver, and diamond dust. This accumulation of materials creates internal reflections that illuminate the works from within. Cohen is also conscious of the weight of the paint that he uses. Its density is great, thus the work seems to viscously ramble down the canvas. Curtains of paint hang in suspended drips, crenellating the edges.

Warren Isensee's works are bold and bright with a pop sensibility. Juxtaposed concentric bands of color construct architectural blocks that evoke slabs, columns, halls, and tunnels. These forms hold the viewers attention over time with their pulsing movement and take the viewers’ eyes on a structured journey. Isensee jokes that his pieces are “perpetual motion fields” that capture light with “no batteries required.” His humorous approach to modernist conventions and flat compositions is reminiscent of Bridget Riley and Peter Halley.

Anna Bogatin received her MFA from San Francisco Art Institute. Her work was included in Revisiting Beauty at Orange County Center for Contemporary Art in 2010 and she shows regularly throughout the United States.

Joseph Cohen is a finalist for the 2014 Hunting Art Prize and his work was included in Outside the Lines - Painting: A Love Story, at Contemporary Arts Museum Houston in 2014, as well as in the Texas Biennial at Blue Star Contemporary Art Museum, San Antonio in 2013. He was at the Martignano International Artists Residency in Lecce, Italy in 2011 and has exhibited widely throughout the United States.

Warren Isensee was included in the American Academy of Arts and Letters' Invitational Exhibition of Visual Arts and received a Purchase Award in 2007. He received the Joan Mitchell Foundation Grant in 1999 and has exhibited extensively in the United States. His work is included in the collections of Albright-Knox Art Gallery, Blanton Museum, Collezione Maramotti, Neuberger Museum of Art, Nerman Museum of Art, and Time Warner among others.