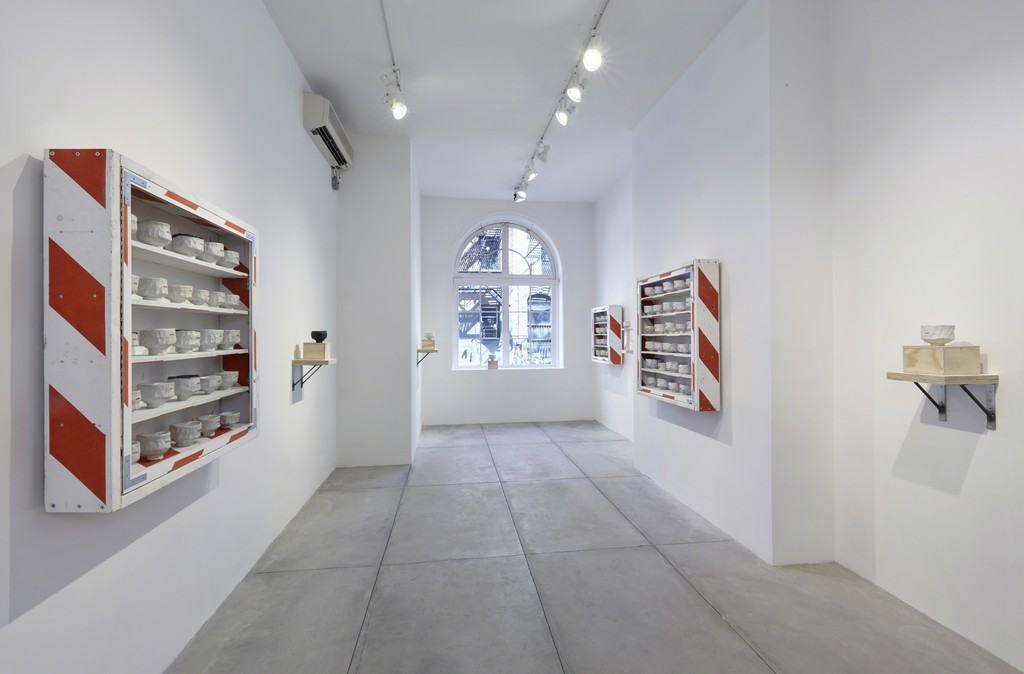 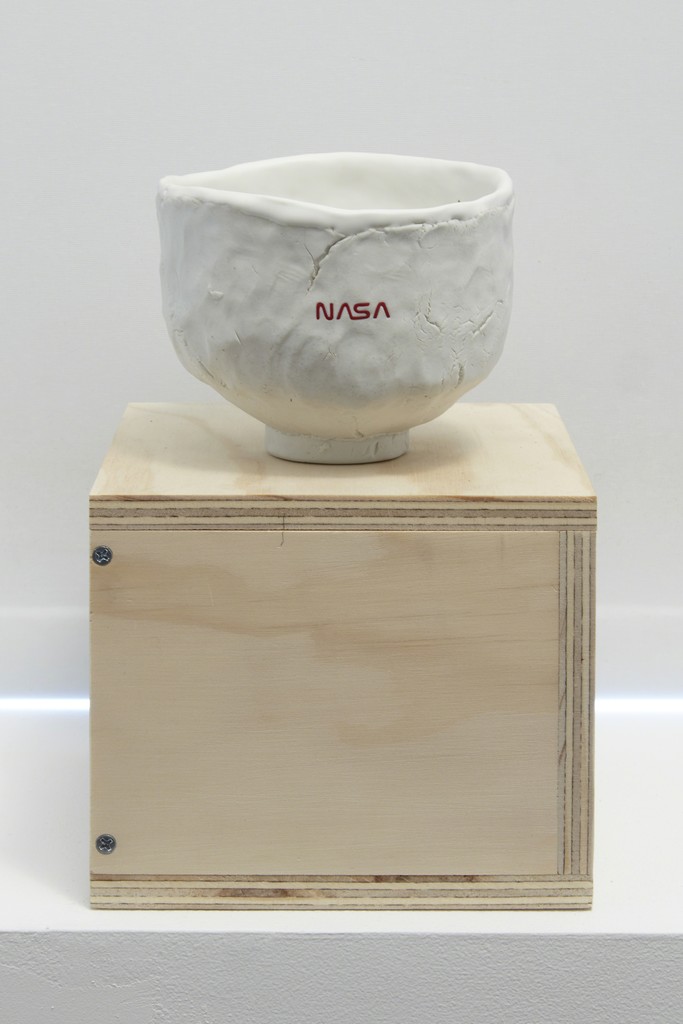 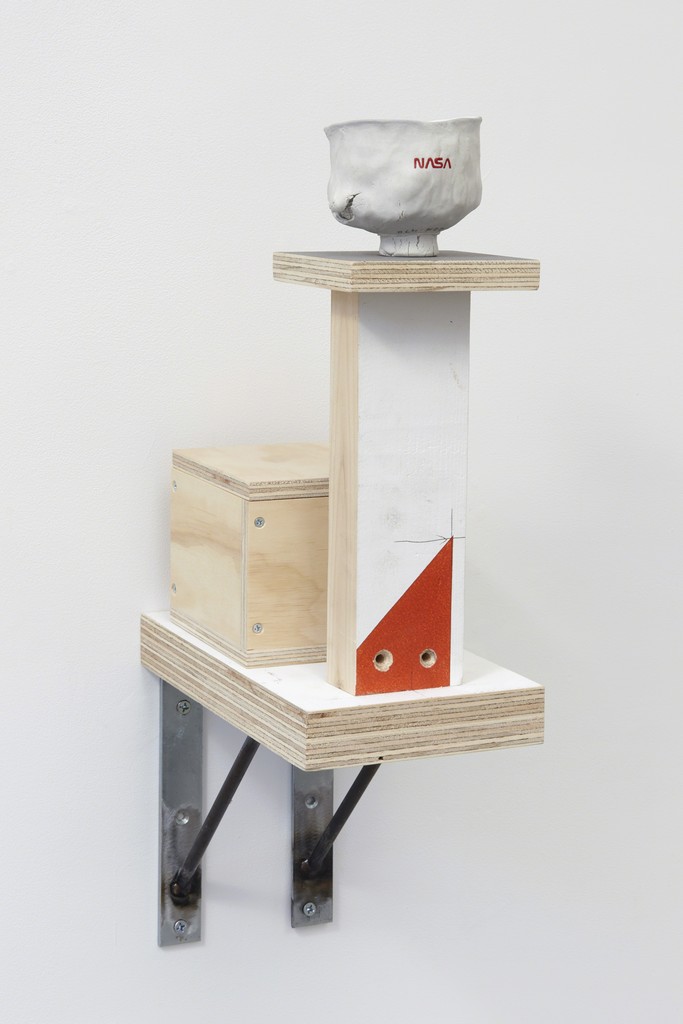 NEW YORK – The Jane Hartsook Gallery is pleased to present new work by American sculptor Tom Sachs. Known for his dry wit, this modern day chawan’ya observes, “There comes a time in every Jewish, middle-aged, college-educated American man’s life when he realizes that Japan is where it’s at… Mourning the loss of spirituality in our capitalist environment, we admire Tea’s integration of humility, prosperity, and spirituality.” For Sachs, that has meant making chawan, or teabowls, in addition to learning chanoyu, the way of tea. In this exhibition, Sachs has filled several tea cabinets with chawan and highlighted a number of “heroes,” individual chawan that he sets apart as embodying a certain heighted “thingness.”

The way of tea serves to give meaning to the meaningless for Sachs, and its ritual provides relief from the structure of society and the commitments one has to the world. He expresses this in his art by making ritualized objects to fill the void created by the purposeless production we encounter so often in daily life. Sachs turns to tea to reconcile his love of consumerism and his private quest for authenticity, while his chanoyu is an “expression of how spirituality’s been replaced with consumerism,” just as it was for the wildly revered tea master, Sen no Rikyū (1522-1591).

Sachs is best known for his cultural prosthetics. Sculptures created using materials readily available or found—bricolage—his plywood, boom boxes and NASA installations. A contrarian and provocateur whose humor and convictions are decidedly postmodern, Sachs has an appetite for consumerism and cultural fetishization. Unlike much of contemporary theory, Sachs embraces rather than disparages consumer culture. It is difficult to speak about the perils of society and the degradation of the environment while holding an iPhone X. The rise of consumerism has cultivated an aloof criticality reluctant to see its irony revealed. It is impossible to discern whether Sachs is sincere about his sincerity—the critical, academic, leftist response would be to reject consumerism as unauthentic and bourgeois, not to embrace it. Liminality is an overarching theme in his life and work: Sachs occupies the space between artist and manufacturer, proletariat and bourgeoisie, ascetic and materialist, reality and make-believe.